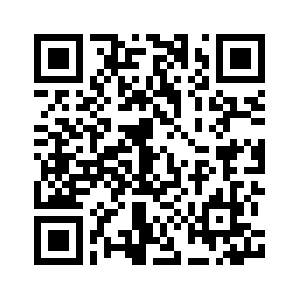 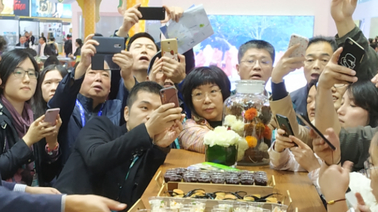 From French cheeses and German sausages to Saudi dates and Austrian chocolate, a culinary journey awaits the crowd at the China International Import Expo (CIIE) underway in Shanghai.
Dozens of countries are celebrating their gastronomic heritage and foreign food companies – multinationals and family businesses alike – are on a mission to whet the appetite of everyone passing their stalls. For visitors, it's an opportunity to taste the culture of other nations; for organizers, it's a test for their competence in guaranteeing quality is being served.
While exhibitors ensure their guests are satiated, the Shanghai Food and Drug Administration (SFDA) has been working on keeping them safe.
The agency set up two laboratories, one at the venue, the National Exhibition and Convention Center (NECC), and another at a storage facility outside the premises of the NECC, tasked with running a series of rapid tests on a range of foodstuff, from bread to briskets, and mushrooms to shrimp.
On-the-spot inspections are also carried out to make sure that food is being stored, handled and served properly, and the staff is complying with proper standards.
"Our food safety department has dispatched more than 400 people, of which over 200 are serving in the pavilions and the rest outside the venue," Qiu Congqian, head of the General Enforcement Team within the State Food and Drug Administration, told CGTN Digital.
01:27 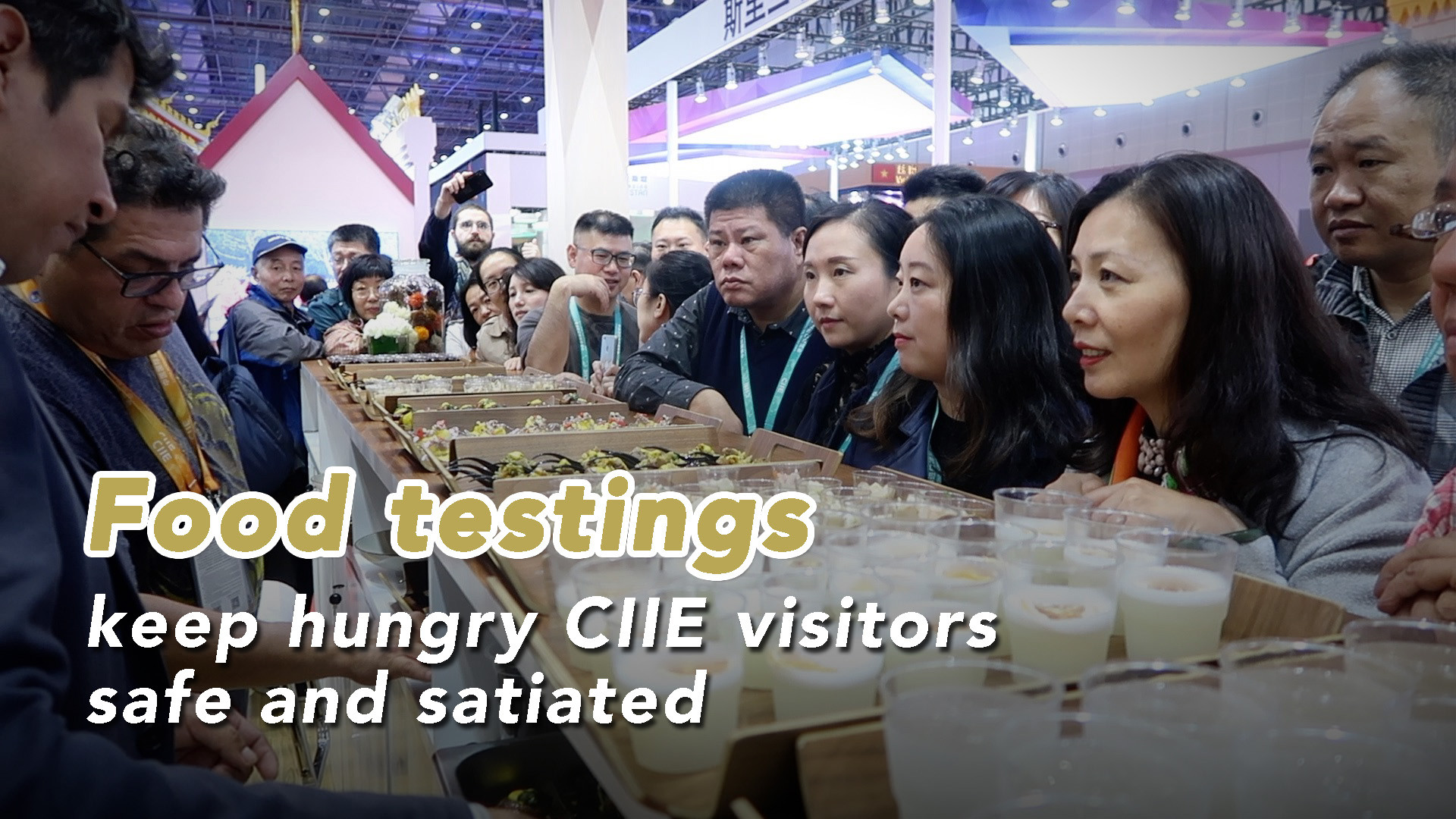 Inspectors are looking for the usual suspects – pesticide residue in fruits and vegetables, heavy metals and antibiotics in seafood, and clenbuterol, an asthma drug that doubles as a growth promoter in livestock. They're also making sure exhibitors offering kosher and halal meals are following dietary guidelines.
At the Peruvian booth in the National Pavilion, chefs are serving up a smorgasbord of traditional dishes. Their ceviche, stir-fried beef, and anticuchos (meat on skewers) samples are drawing a curious crowd of hungry visitors, impatiently waiting to dig in.
It only takes a few minutes for the trays to be licked clean, but getting the green light to distribute easily-spoiled foods was no piece of cake for the exhibitors.
It took the delegation over two months of back and forth with the local authorities, Peru's Trade Commissioner in Shanghai, Vladimir Kocerha told CGTN Digital. 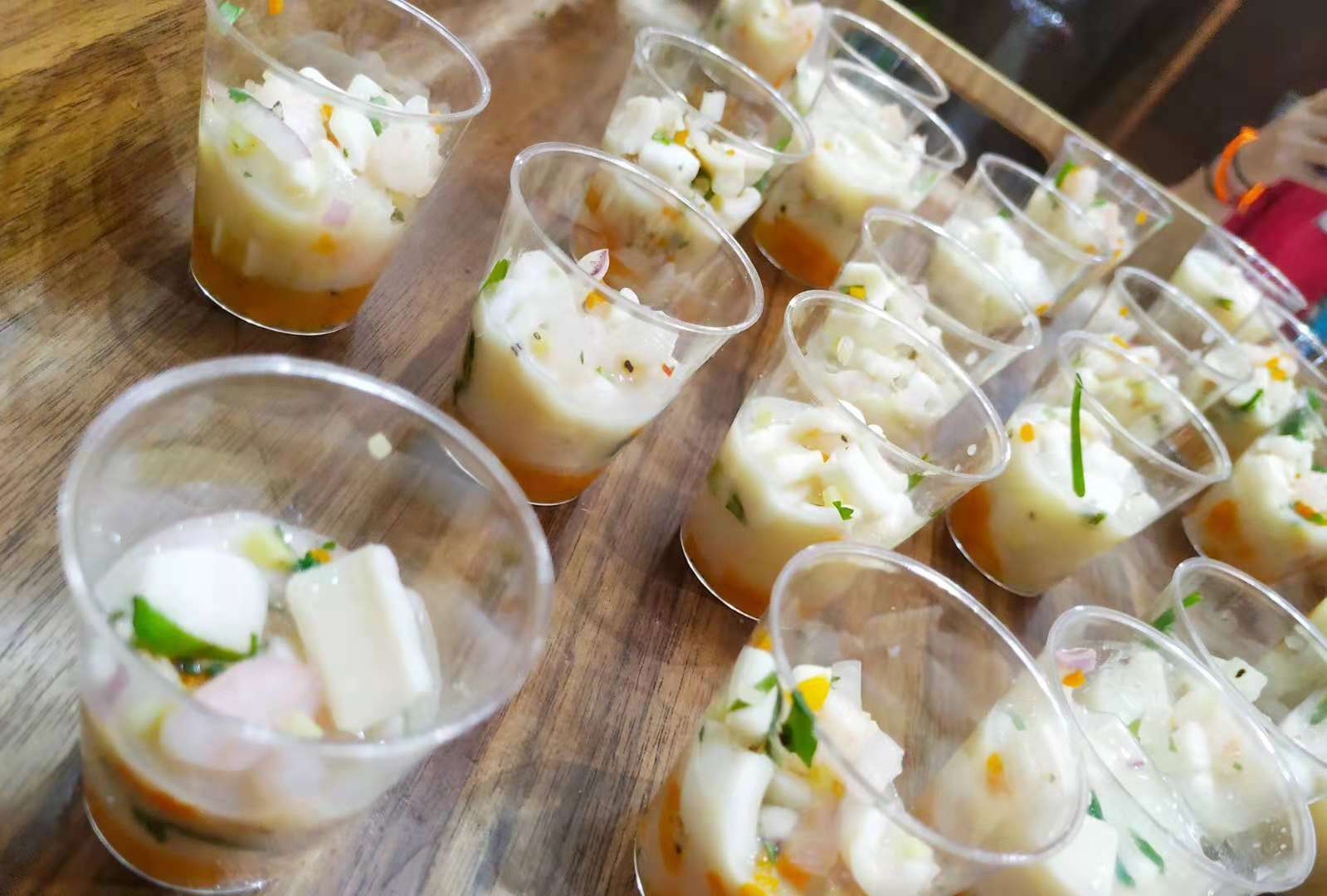 No Peruvian food tasting station is ever complete without ceviche. /CGTN Photo

No Peruvian food tasting station is ever complete without ceviche. /CGTN Photo

"From a food safety perspective, eating raw fish is sometimes a little different from when you cook it," said Kocerha, talking about ceviche. The dish of raw fish, shrimp or octopus cured in citrus juice is the pride of Peru, and of such importance that the government has designated a national holiday on June 28 in its honor.
"Because of hundreds of years of experience, we know how to handle (ceviche). Our chefs know how to make it safe, and tasty," he emphasized. "We had conversations on how to best prepare for this (event). We're very thankful to the FDA (in Shanghai) because of course they have to do their job, and secure that the food is safe. And they did."
The CIIE venue accommodated more than 100,000 people on the first day of the event on Monday, and estimates put the number on Friday and Saturday, the last two days, at 250,000.
A big crowd with a big appetite has prompted food safety authorities to look at the big picture in their logistics. 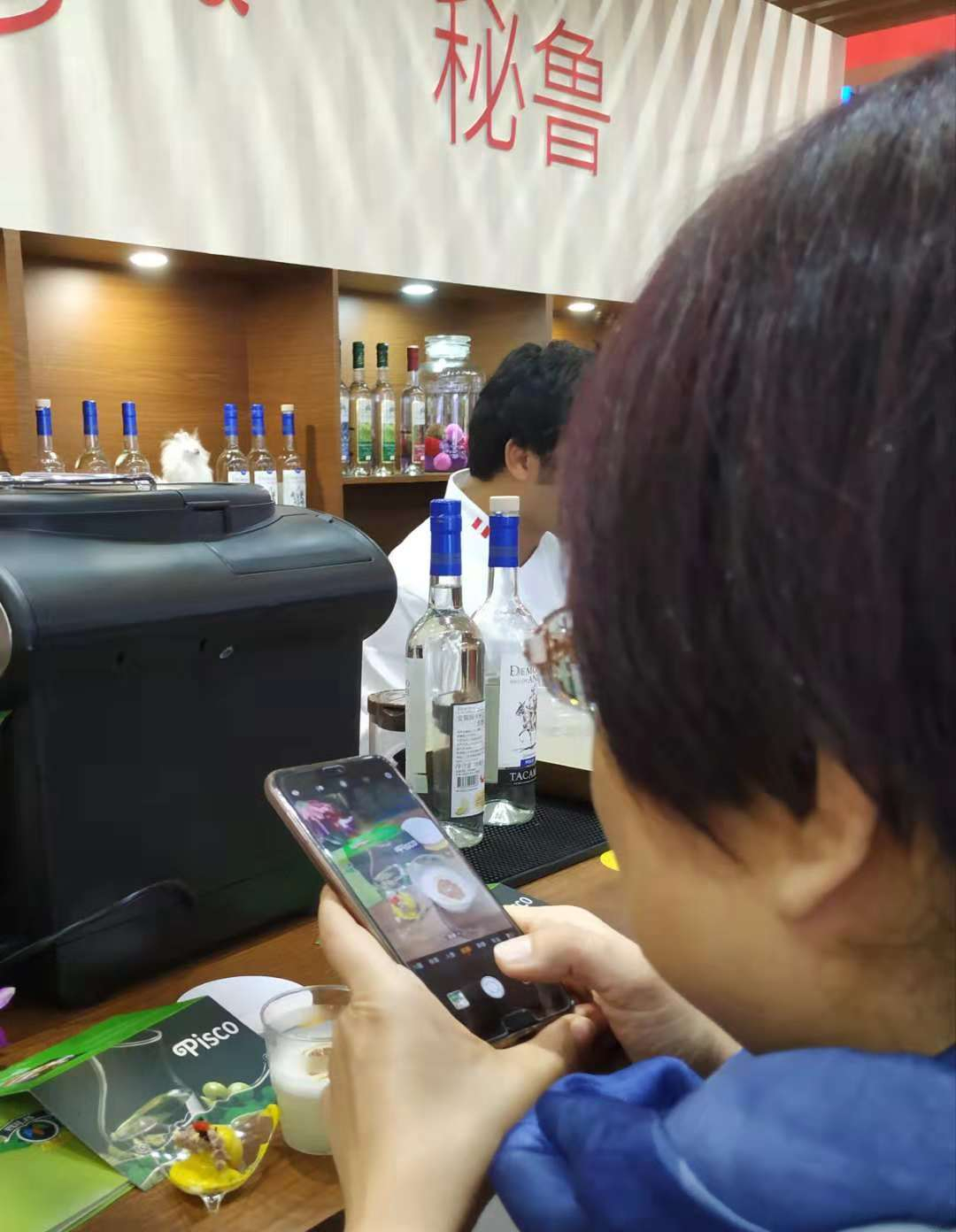 A visitor snaps a picture of food samples at the Peruvian booth at the China International Import Expo in Shanghai, east China. /CGTN Photo

A visitor snaps a picture of food samples at the Peruvian booth at the China International Import Expo in Shanghai, east China. /CGTN Photo

Qiu said in addition to inspecting the food on site, the SFDA also monitors the supply chain prior to the food's arrival to the venue. During their talks with the Peruvian delegation, inspectors suggested cold chain, a temperature-controlled logistical system, as a solution to guarantee the safety of ingredients on the road and in storage units.
Traceability is key, stated Kocerha. "We make sure that the food and ingredients can be traced back so that there is no discontinuity along the cold chain."
"From the operation during the (past few) days, we feel that the whole process is still relatively smooth, and the taste and color of food (here) are similar to that made fresh in restaurant kitchens," noted Qiu, emphasizing that their undertaking aims to provide hearty and healthy edibles. If long queues and wide grins are anything to go by, it is mission accomplished.
(Cover Photo: Visitors to the China International Import Expo in Shanghai take pictures of dishes during a food tasting activity at the Peruvian booth. /CGTN Photo)
(CGTN's Liu Jing contributed to this article)
(Video by Zhang Xiaohe and Qi Jianqiang)