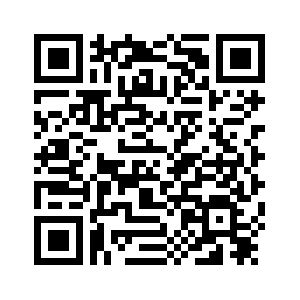 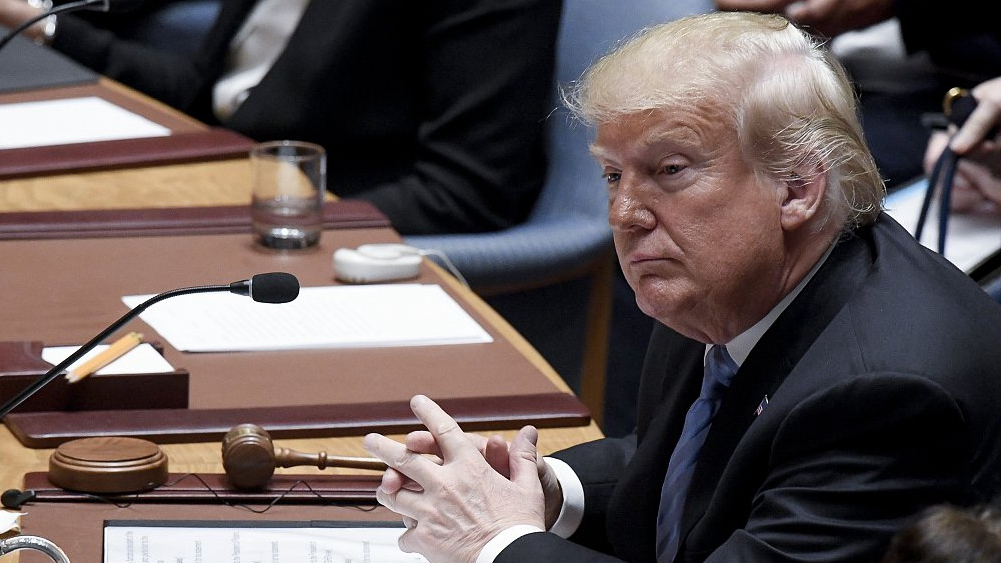 Editor's note:  Andrew Korybko is a Moscow-based American political analyst. The article reflects the author's opinion, and not necessarily the views of CGTN.
U.S. President Trump revealed that his recent one-and-a-half-hour-long phone conversation with Russian President Putin touched upon the American leader's ambitious nuclear weapons proposal, which he told the press that he'd like to broaden to eventually include China.
He also said that the Chinese felt very strongly about this after his administration broached the topic during the ongoing trade talks, though Beijing has yet to officially confirm or deny that specific detail of its reported position on this issue.
In any case, the American leader's proposal is very promising because nuclear weapons are expensive to maintain and the radioactivity that they unleash upon use makes it very difficult for repopulate the targeted area without serious long-term consequences for the people who live there, so all nuclear-armed countries theoretically have an interest in reducing their numbers and the consequent likelihood that they'll ever be used.
The problem, however, is that nuclear weapons are the perfect example of what International Relations scholars describe as the "security dilemma," whereby the ostensibly defensive moves by one state are perceived as offensive by others and therefore catalyzes a self-sustaining cycle of distrust that ultimately leads to an arms race. 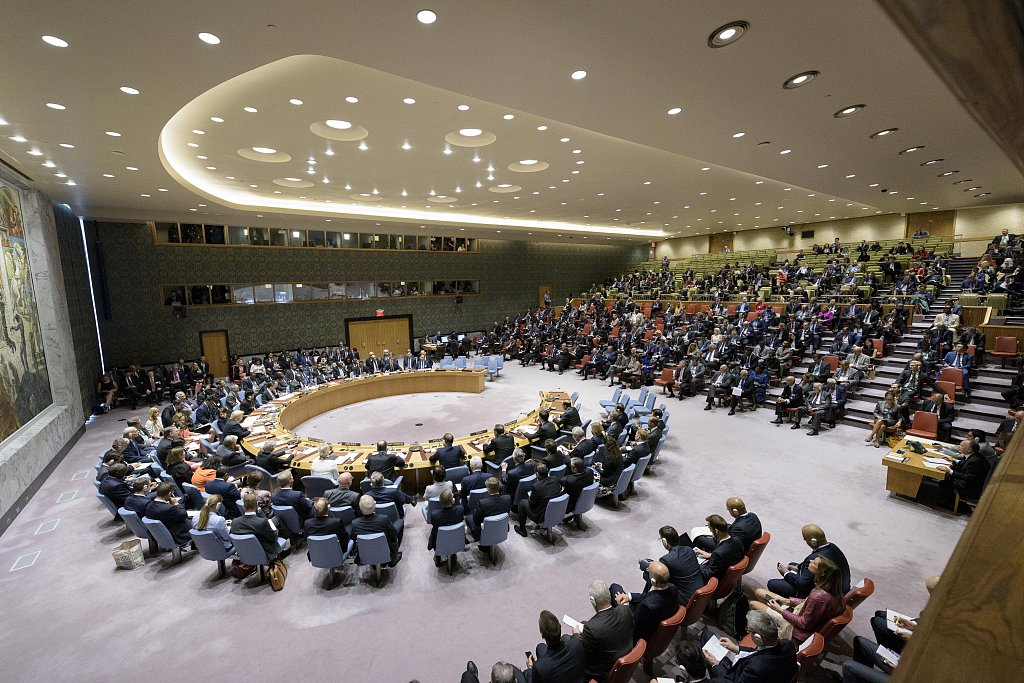 U.S. President Donald Trump attends a meeting of the UN Security Council on the non-proliferation of nuclear weapons as part of the 73rd session of the UN General Assembly. /VCG Photo

U.S. President Donald Trump attends a meeting of the UN Security Council on the non-proliferation of nuclear weapons as part of the 73rd session of the UN General Assembly. /VCG Photo

To put it into practical terms, the Soviet Union broke the U.S. nuclear monopoly early on in the Cold War and ushered in a period of bipolarity, but for as structurally stabilizing as this nuclear duopoly might have been for Soviet-American relations, it put all other rising powers at a disadvantage because there was never any telling whether one or both of those superpowers would ever use those weapons against them.
It was with this security dilemma in mind that China initiated its own nuclear weapons program and has been part of the nuclear club since 1964.
Even so, China's nuclear capabilities are nowhere near the level of the U.S. and Russia's, which is why it would be unfair to include it in a nuclear arms treaty at this point because the reduction of its munitions would disproportionately weaken its nuclear deterrent and accordingly put it at a disadvantage.
In principle, it would therefore be best if the U.S. and Russia reduced their nuclear weapons below a certain threshold first, after which China could then join them in making its own proportional reductions, though it's still too early to talk about that in practice.
Nevertheless, there does exist one scenario in which this is possible, and that's if China's hypersonic and other cutting-edge conventional capabilities grow to the point of being able to more than strategically compensate for any reduction of the country's nuclear capabilities. 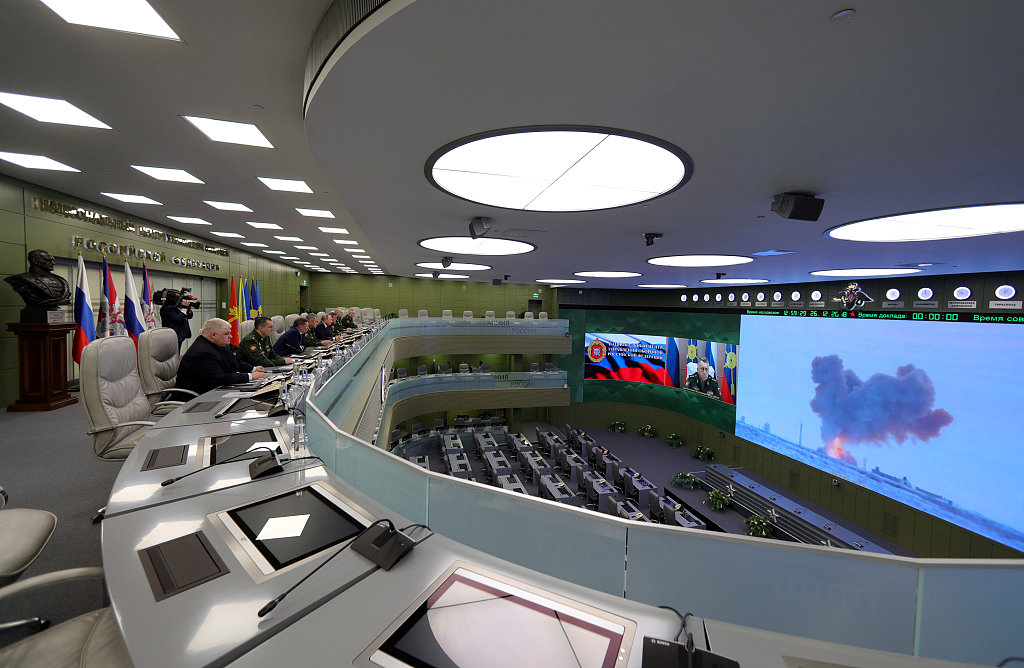 To explain, it only takes a few dozen nuclear weapons and the creation of a country's so-called "nuclear triad" (the ability to launch them from air, land, and sea) for it to be able to credibly deter any attack by its potential rivals and therefore enter into a stabilizing relationship of "Mutually Assured Destruction" (MAD) with them.
This can be undermined, however, if its rivals develop missile defense technologies and/or deploy space-based weapons systems like the U.S. has done in the first instance and is suspected of seeking in the second one respectively, though the destabilizing effect of these developments can be neutralized through hypersonic delivery systems that pierce through its rival's defenses and maintain the principle of MAD. China is known to be researching these capabilities and even reportedly tested them in the past.
If China acquires an impressive arsenal, then it wouldn't need as many nuclear weapons as it presently has because it can be assured that the ones that it retains would more than likely be sufficient for maintaining the MAD between it and its rivals that in turn stabilizes International Relations.
The U.S. missile defense shield and speculative pursuit of space-based weapons systems wouldn't be the game-changers that they're currently capable of being since China's hypersonic missiles would neutralize their advantages and actually make the stockpiling of nuclear weapons strategically redundant, hence why all sides might agree to reduce their numbers in that scenario.
That said, arms control agreements take a long time to negotiate and serious differences can arise over even the seemingly slightest of details, so it's still too early to include China in Trump's nuclear weapons proposal, at least for the time being.
(If you want to contribute and have specific expertise, please contact us at opinions@cgtn.com.)