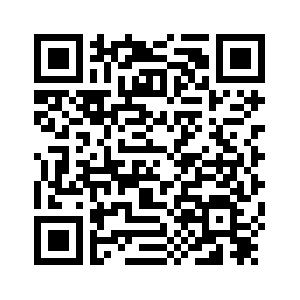 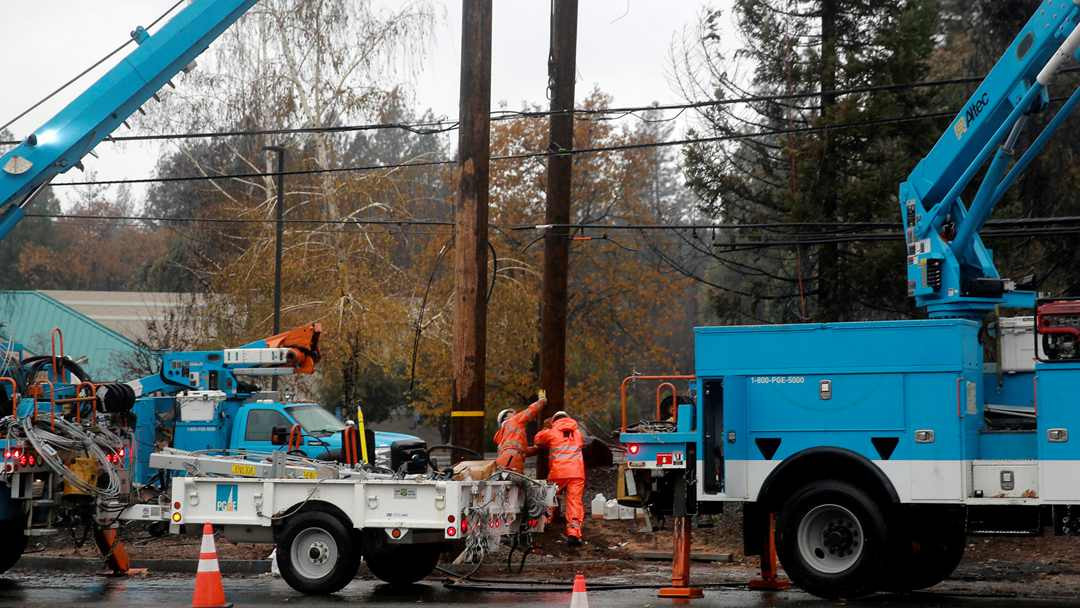 PG&E Corp chief executive Geisha Williams has stepped down, the company said on Sunday, as pressure from potentially crushing liabilities linked to catastrophic wildfires have pushed the California utility owner to the financial brink and prompted it to make bankruptcy preparations.
Williams, who took the helm of the provider of electricity and natural gas to millions of customers in March 2017, will be replaced by general counsel John Simon on an interim basis, the company said. She also resigned from the boards of both PG&E and its utility subsidiary, Pacific Gas and Electric Co.
"While we are making progress as a company in safety and other areas, the board recognizes the tremendous challenges PG&E continues to face. We believe John is the right interim leader for the company," PG&E chairman Richard Kelly said in a statement. "Our search is focused on extensive operational and safety expertise, and the board is committed to further change at PG&E."
PG&E is reeling from the November Camp Fire that began in the California mountain community of Paradise and swept through the town, eventually killing at least 86 people in the deadliest and most destructive blaze in state history.
The company faces widespread litigation, government investigations, and liabilities that could potentially reach 30 billion U.S. dollars, according to analyst estimates, when accounting for the carnage and damage from last year's fire and blazes in 2017. 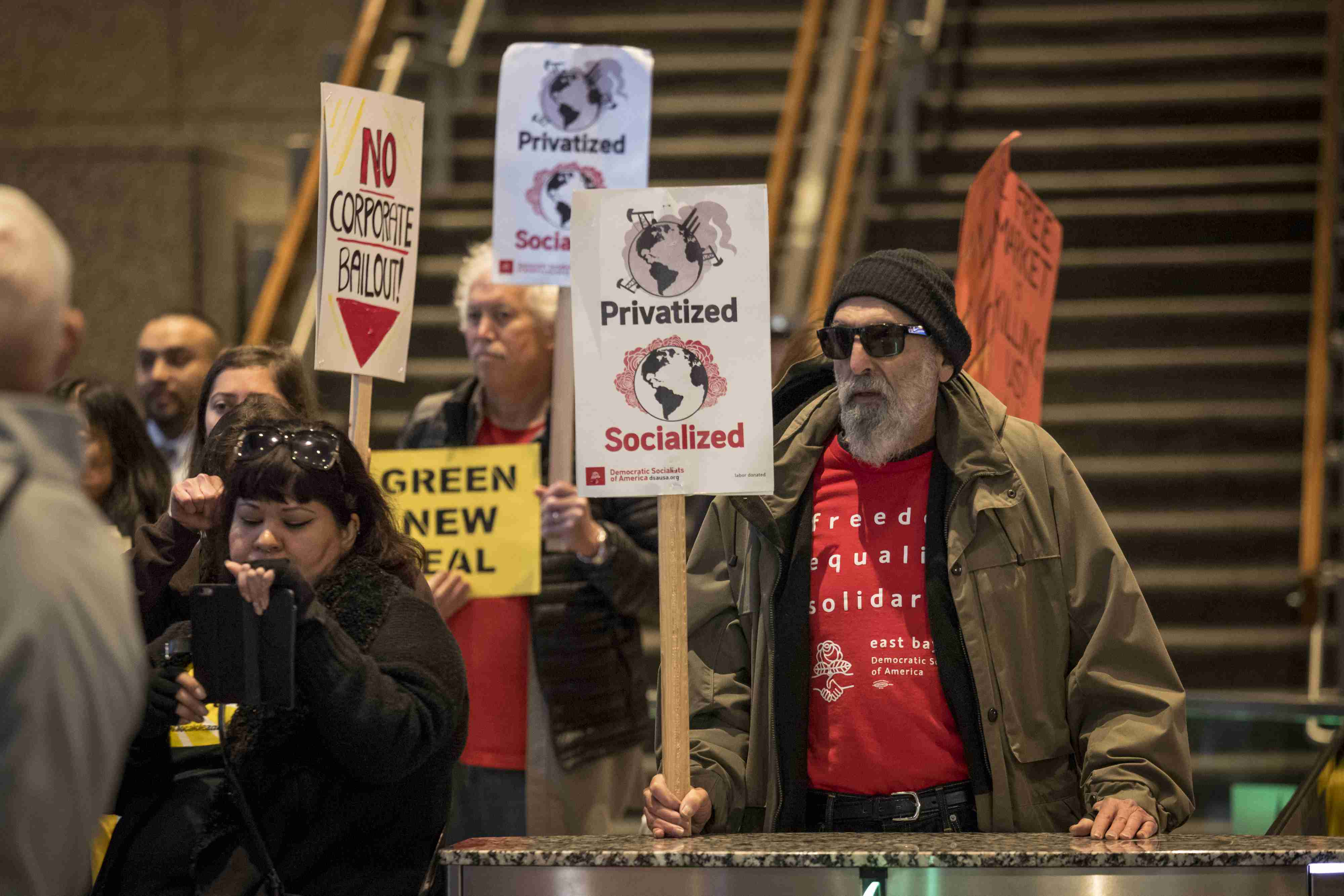 Demonstrators protesting against Pacific Gas and Electric Corp. inside the lobby area of the company's headquarters in San Francisco, California, December 11, 2018. /VCG Photo

Demonstrators protesting against Pacific Gas and Electric Corp. inside the lobby area of the company's headquarters in San Francisco, California, December 11, 2018. /VCG Photo

The company is under pressure from the California Public Utilities Commission to make operational changes. The power provider announced on January 3 that it was reviewing its structural options and looking for new directors with safety experience.
The management shake-up comes as PG&E is in discussions with banks for a multibillion-dollar bankruptcy financing package to aid operations during bankruptcy proceedings and the company prepares to alert employees as soon as Monday to its preparations for a potential Chapter 11 court filing, people familiar with the matter said.
PG&E, which carries a hefty debt load of more than 18 billion U.S. dollars, is expected to disclose soon a large financial charge related to liabilities resulting from the November blaze.
The employee-notification plans are not yet finalized and communication could come later, sources said. State law requires PG&E to notify employees at least 15 days before any bankruptcy filing.
For PG&E, a bankruptcy filing would represent the last resort if the company is unable to get government relief that would allow it to pass on liabilities to customers, a maneuver enacted into law to help the company grapple with 2017 fires, sources added. California lawmakers have not yet moved to pass legislation that would give PG&E similar flexibility for the 2018 blazes.
California governor Gavin Newsom said last week he was having discussions with PG&E executives, and that he wanted a healthy utility investing in environmentally friendly strategies.
"That's in an ideal world," he said. "That's not the case today." 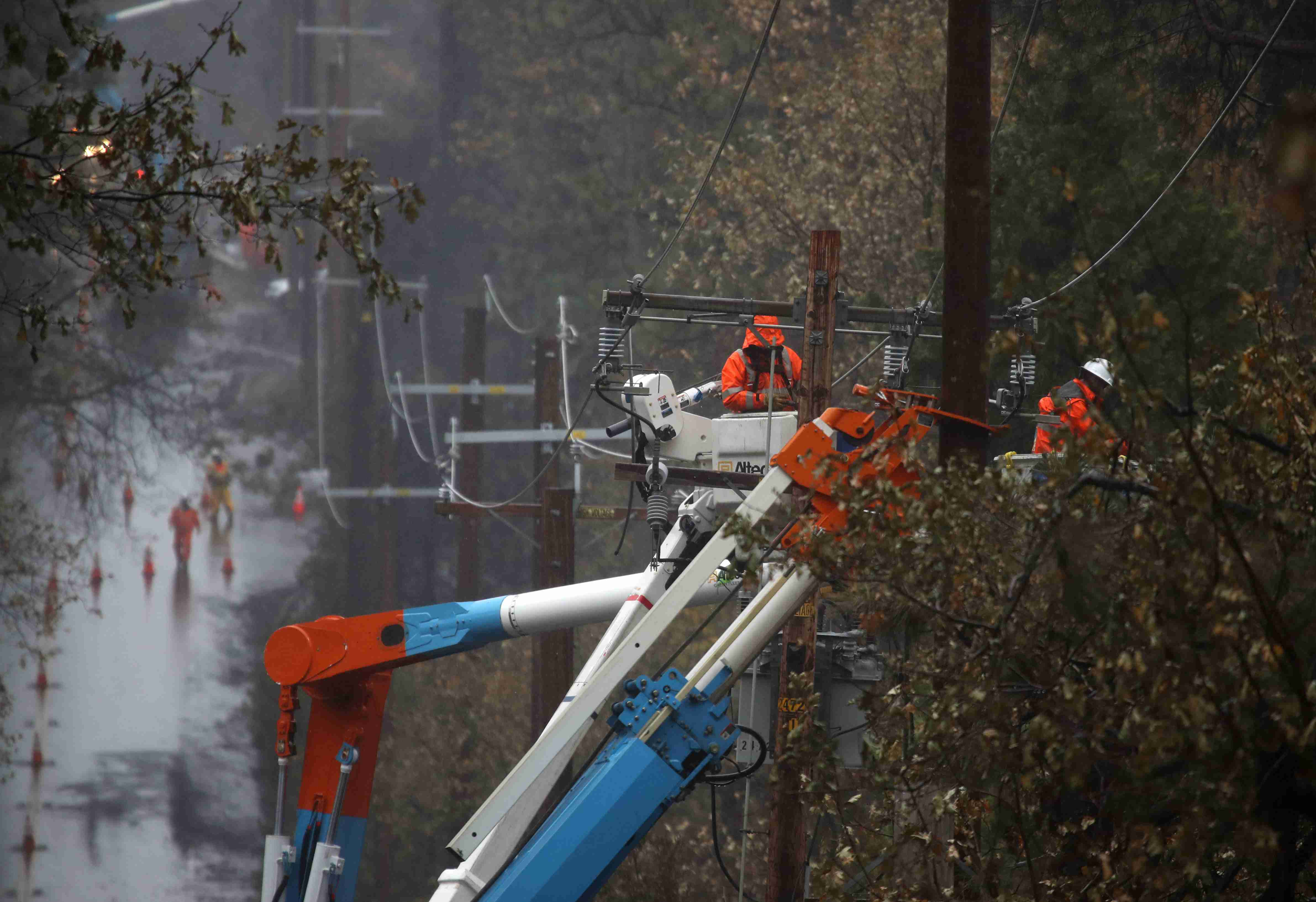 PG&E said in November it could face "significant liability" in excess of its insurance coverage if its equipment was found to have caused the Camp Fire in Northern California. Both Moody's and S&P have cut PG&E's credit rating deeper into junk territory, citing a challenging environment for the power provider related to the wildfires and the need for dramatic intervention from state officials.
Companies negotiate debtor-in-possession loans, often with existing lenders, when they are seriously considering bankruptcy protection so they can continue operations while working through court proceedings.
PG&E's bankruptcy financing, should it be needed, could total between three and five billion U.S. dollars, although the exact figure remains in flux and could end up being higher, said people familiar with the discussions.
If it seeks bankruptcy protection, the new money could prove critical for PG&E, which spends roughly six billion U.S. dollars annually.
Source(s): Reuters