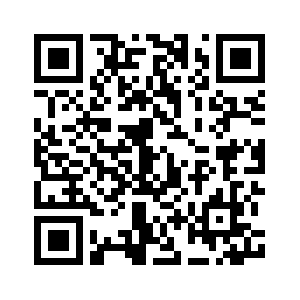 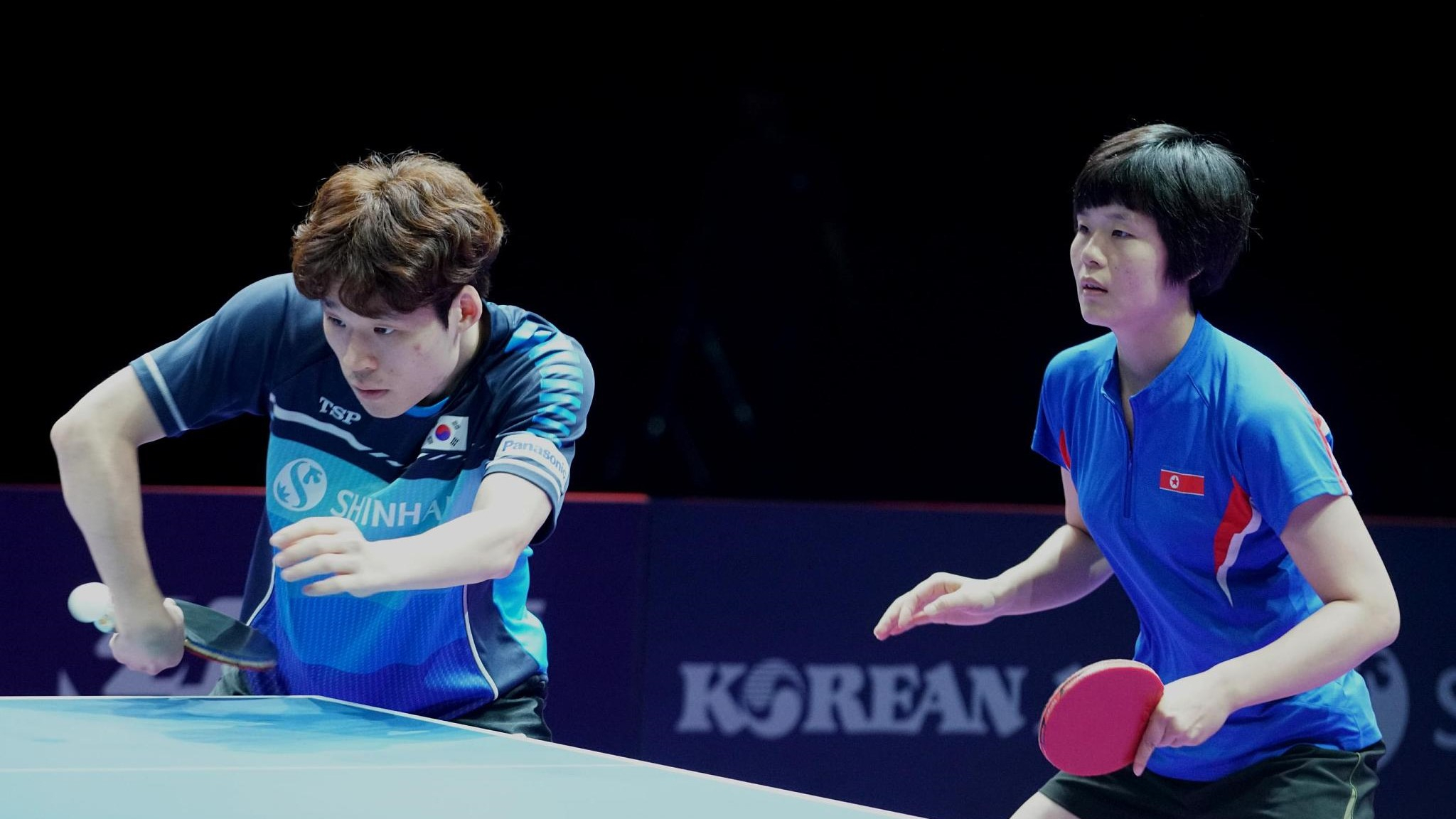 The International Table Tennis Federation (ITTF) announced the last of the 2018 Seamaster ITTF World Tour Grand Finals in the Republic of Korea's (ROK) Incheon between December 13 and 16. ROK and the Democratic People's Republic of Korea (DPRK) sent the united pair of Jang Woo-jin (ROK) and Cha Hyo Sim (DPRK) for mixed doubles.
"Having a Korean unified pair at ITTF World Tour Grand Final means a lot to us. This achievement represents a very significant source of inspiration both for Koreans and all around the globe. I strongly believe that the ITTF World Tour Grand Finals will be another big opportunity for us to step forward in promoting peace and harmony to the world," said Ryu Seung-min, a member of the IOC Athletes Commission and former ROK table tennis star who claimed gold at the 2004 Olympics. 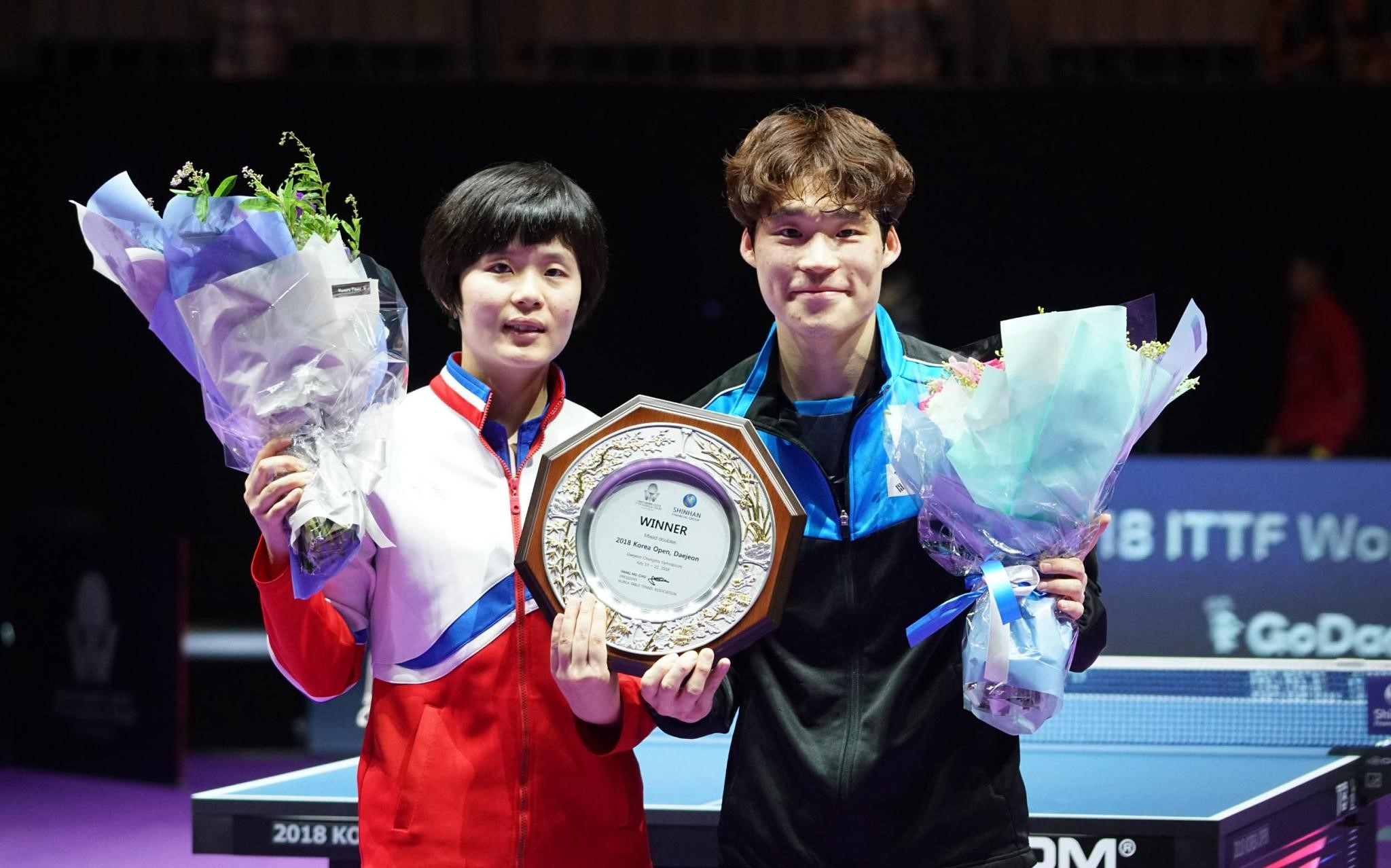 Jang and Cha played as a pair in the Shinhan Korea Open in July and won a historic gold medal after defeating Chinese dual Wang Chuqin/Sun Yingsha 3-1. The united pair also made it into the semi-finals of the Liebherr Austrian Open that just came to an end on November 11.
The ROK and DPRK have been increasing their cooperation in sports since the two countries signed the "Panmunjom Declaration" in April. They sent united teams for multiple events at the 2018 Asian Games and decided to co-bid for the 2032 Summer Olympics.
"The ITTF Foundation is very proud of the Unified Korean team. The players are the visible part of a process that exceeds the limits of table tennis and the limits of sport," said Thomas Weikert, president of the ITTF. 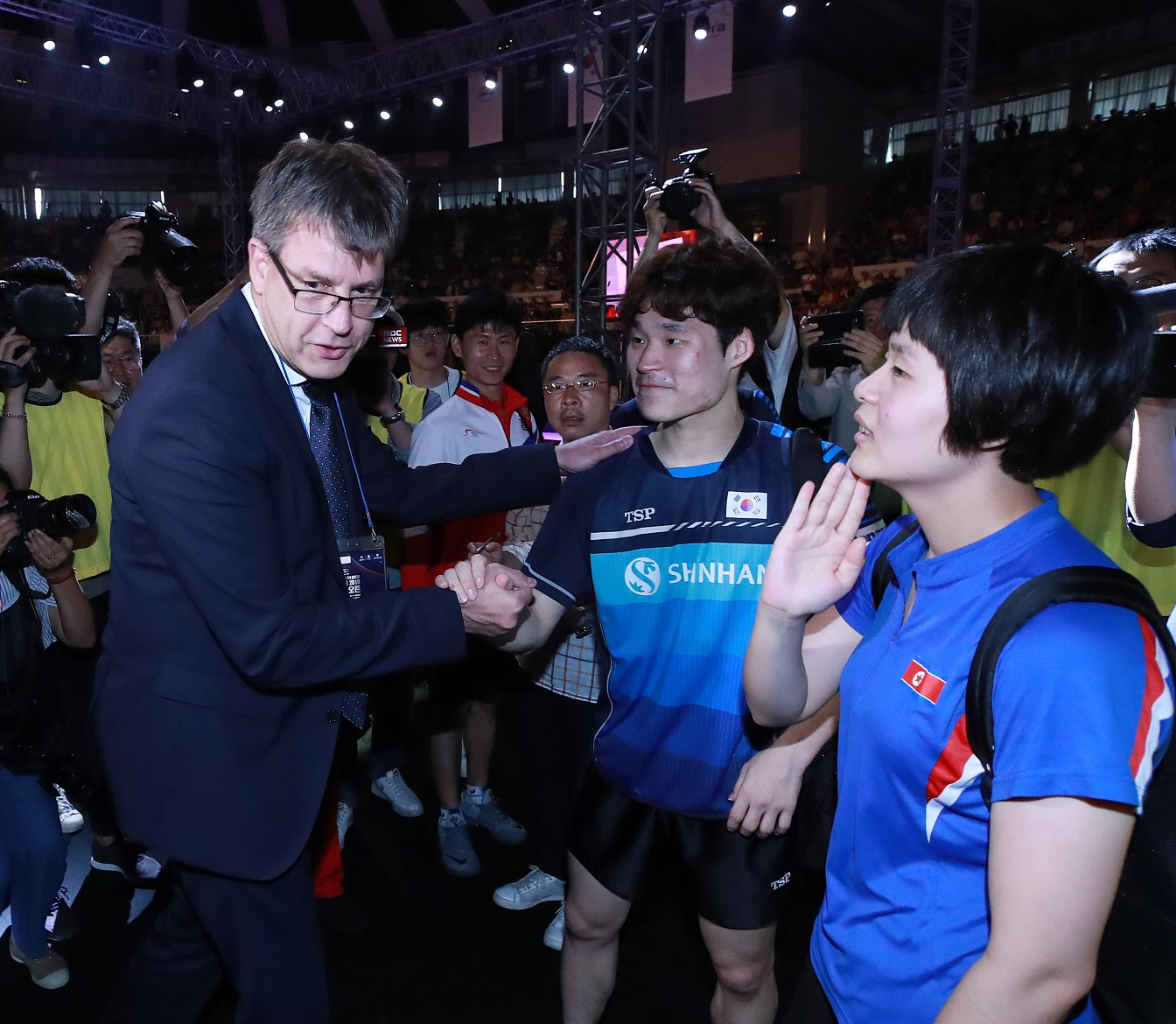 The ITTF president Thomas Weikert (L) shaking hands with the united Korean pair after they win the title. /VCG Photo

The ITTF president Thomas Weikert (L) shaking hands with the united Korean pair after they win the title. /VCG Photo