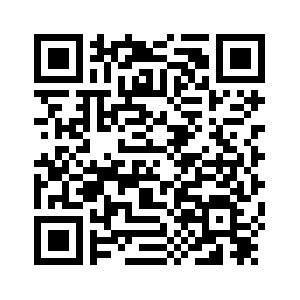 Editor's note: Zafar Hussain is an ex-research fellow with the Communication University of China and is affiliated with Geo News, the largest media group in Pakistan. The article reflects the author's opinion, and not necessarily the views of CGTN.
Prime Minister of the Islamic Republic of Pakistan, Imran Khan has successfully completed his first official visit to Beijing and left for Shanghai to attend the first China International Import Expo (CIIE).
During his visit, Imran Khan met with Chinese President Xi Jinping, Premier Li Keqiang, Chairman of the Standing Committee of the National People's Congress Li Zhanshu and Chinese Vice President Wang Qishan.
Before the visit, some western media report that new government of Pakistan will roll back some projects of the China-Pakistan Economic Corridor (CPEC). However, as it turned out Imran Khan has supported President Xi's Belt and Road Initiative (BRI) that aims to enhance regional and international connectivity.
Proposed by Xi in 2013, the Belt and Road Initiative (BRI) is the biggest gift of the 21st century from China to the world. China-Pakistan Economic Corridor (CPEC) is a flagship project of the BRI. 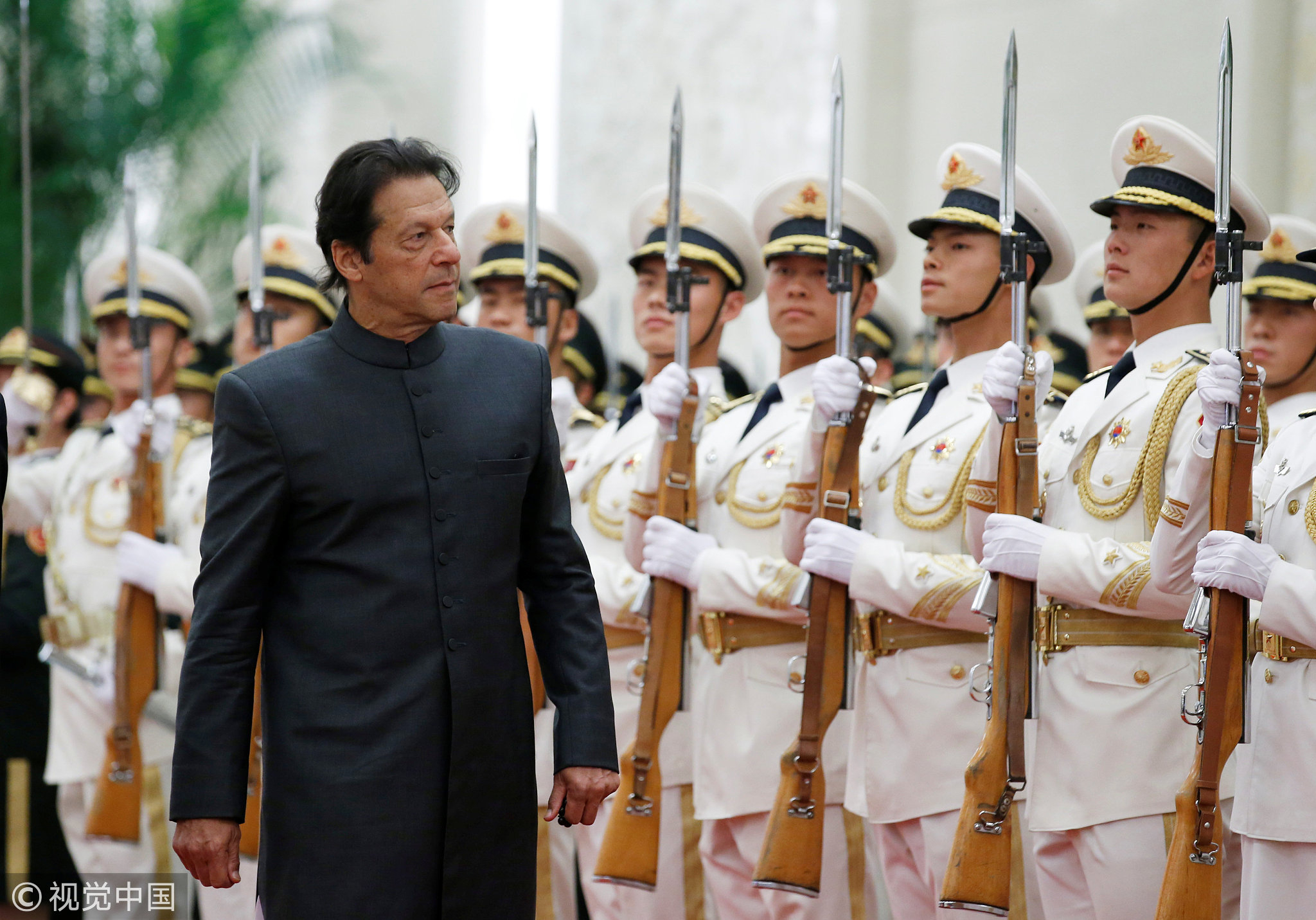 On November 2, Imran Khan met with Xi where they reaffirmed their consensus on the future development of the CPEC and on the need for the timely completion of its on-going projects.
The two sides also recognized the importance of the joint efforts to realize CPEC's full potential with a focus on socio-economic development, job creation and livelihoods and accelerating cooperation in industrial development, industrial parks and in the agriculture sector.
Instead of rolling back some CPEC projects, Pakistan and China agreed to task the CPEC Joint Cooperation Committee (JCC) with exploring new areas of cooperation.
When Imran Khan met with Xi and Premier Li, both sides agreed to further expand cooperation under the CPEC, and they announced the setting up of a working group on socio-economic development to assist with livelihood projects in Pakistan. It was decided that the eighth session of the JCC will be held in Beijing before the end of the year.
Imran Khan was so impressed by President Xi initiative to lift millions of people out of poverty and Pakistan wants to learn and adopt this model.
Before leaving for Shanghai, Imran Khan delivered a speech at the Party School of the CPC Central Committee and said: "We will also bring people out of poverty in Pakistan. Whenever we needed help, China came forward. Now we seek Chinese help to cope with the white-collar crimes."
According to Chinese media, 800 million Chinese lifted out of poverty since 1978 and determined to achieve the goal of ending poverty by 2020.
China-Pakistan dismissed the growing negative views against the CPEC and expressed determination to safeguard the CPEC projects from unreasonable attacks.
Pakistan recognized the immense contribution of the Chinese personnel working on various economic projects in Pakistan. The Chinese side expressed its appreciation for the measures taken by Pakistan to ensure the security of Chinese personnel and the implementation of the projects.
Pakistan's Foreign office commented that China-Pakistan reaffirmed their commitment to CPEC and agreed that it was a win-win enterprise for the entire region and would bring regional prosperity and development through enhanced connectivity. They agreed to discuss the CPEC- related issues through mechanisms such as China-Pakistan Strategic Dialogue and political consultations in JCC. 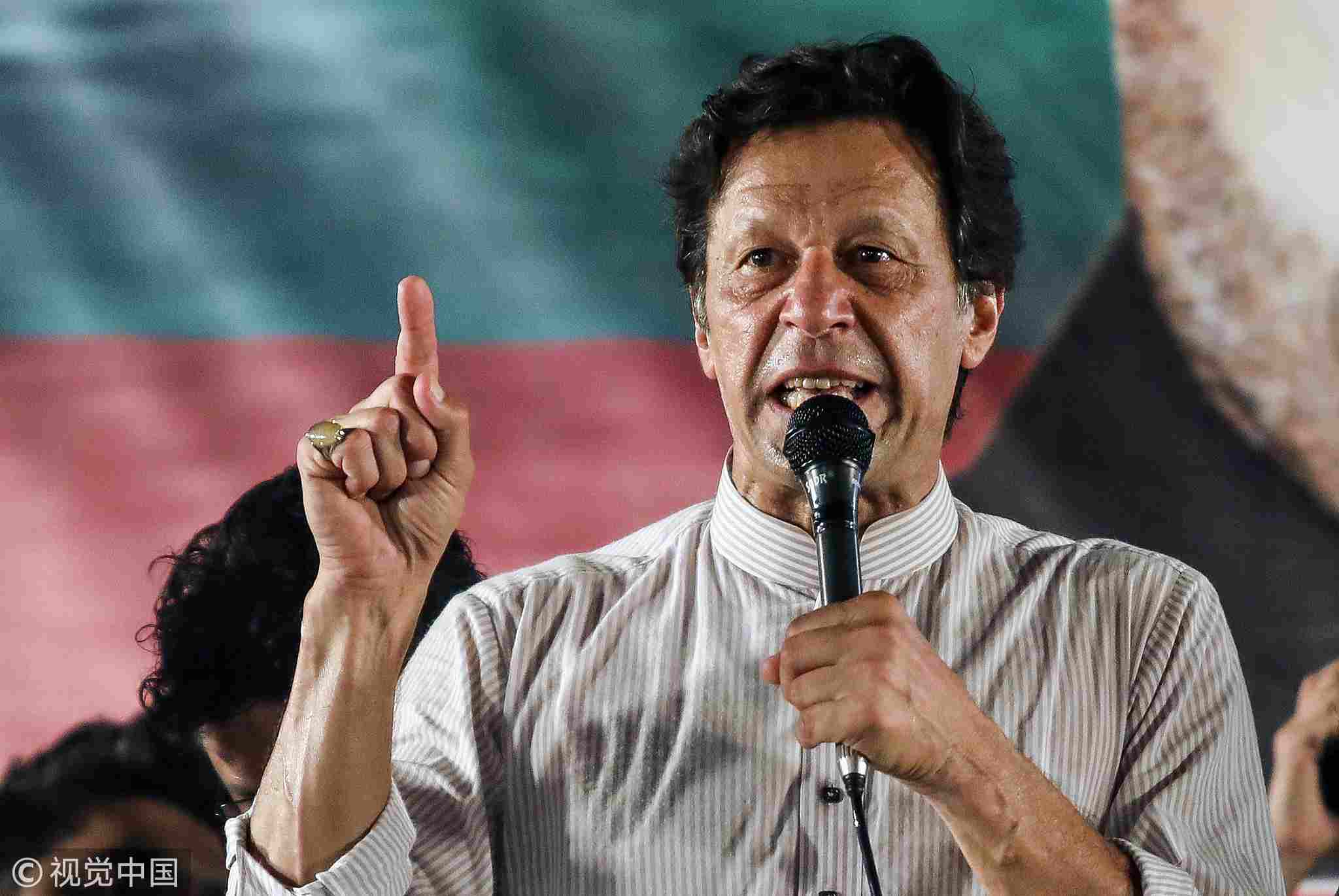 The Pakistani delegation repeated that BRI represents a win-win model of international cooperation and provides new opportunities for economic rejuvenation and prosperity for all countries. As a signature project of the BRI, the fast development of CPEC has played a significant role in the Belt and Road cooperation.
The main purpose of the visit was also to get financial support from China because Pakistan is facing debt crisis and needs immediately 10 billion US dollars, according to sources, China showed willingness to provide more than six billion US dollars.
During meeting with his counterpart Premier Li Keqiang said: "We hope to see a stable and fast-developing Pakistan and we are willing to provide assistance to Pakistan within our capacity and work together to achieve regional peace, stability, and prosperity."
During the visit, the two sides also signed 15 Agreements/MoUs on a range of bilateral issues in the field of defense, security and counter-terrorism cooperation, people-to-people and cultural linkages, Chinese poverty alleviation model, marine, science and technology, space, environmental and agricultural cooperation and expand bilateral economic relations.
In order to strengthen multi-faceted pragmatic cooperation in trade and investment and agreed to speed up CPEC projects.
(Cover Photo: Pakistani Prime Minister Imran Khan talks with Chinese President Xi Jinping (not pictured) at the Great Hall of the People in Beijing, November 2, 2018. /VCG Photo)
(If you want to contribute and have specific expertise, please contact us at opinions@cgtn.com.)