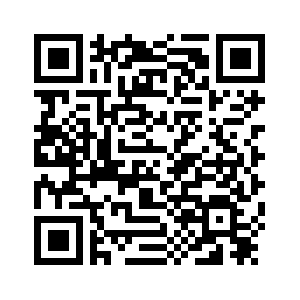 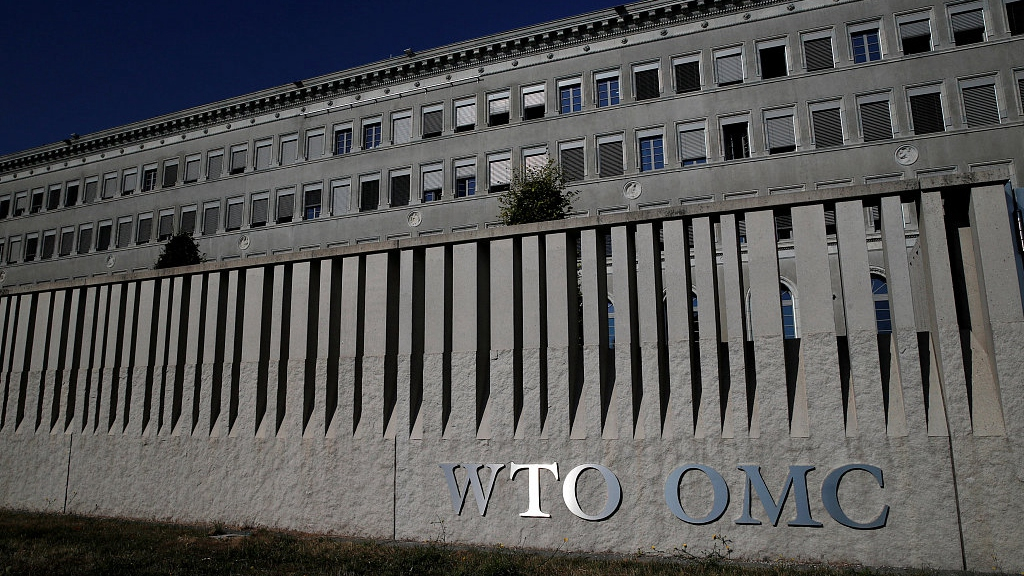 Editor's note: Zhou Weihuan is a senior lecturer and member of the Herbert Smith Freehills China International Business and Economic Law (CIBEL) Centre of Faculty of Law at the University of New South Wales in Sydney, and Kong Qingjiang is the dean of the School of International Law at the China University of Political Science and Law. The article reflects the authors' opinions, and not necessarily the views of CGTN.
On 5 April 2019, a WTO panel ruled on the Russia — Traffic in Transit dispute that Moscow's imposition of various restrictions on traffic in transit from Ukraine through Russia to certain third countries is justified on national security grounds.
Though the ruling is related to a dispute between Russia and Ukraine, it is well regarded as a landmark decision to have shed light on the validity of the U.S. trade measures against imports of foreign steel/aluminum. The WTO decision fills the vacuum in the WTO jurisprudence on security exceptions. 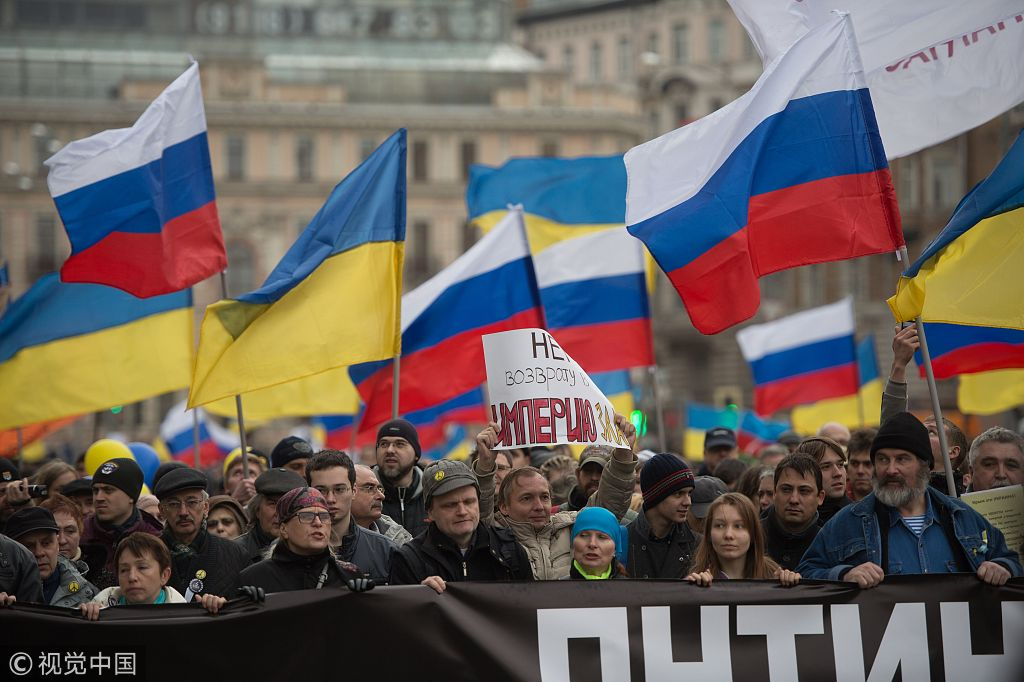 Protesters carry Ukrainian and Russian flags in Moscow, during a rally against Russia's move on Crimea, March 15, 2014. /VCG Photo

Protesters carry Ukrainian and Russian flags in Moscow, during a rally against Russia's move on Crimea, March 15, 2014. /VCG Photo

The tariffs, imposed by the Trump administration in March 2018, have triggered trade tensions worldwide. Many countries have responded through retaliatory tariffs and/or WTO proceedings.
Being one of these countries, China has opted for both steps while negotiating a deal with the U.S. as a solution to the bilateral trade friction. These unilateral and tit-for-tat actions have posed worrisome challenges to the rules-based multilateral trading system.
Ironically, the U.S. has never denied that the tariffs contravened fundamental WTO principles, particularly non-discrimination and bound tariffs. However, the U.S. has repeatedly contended that is justified to impose the tariffs for national security reasons. The lack of WTO jurisprudence on the security exceptions has provided room for the U.S. contention.
In its third-party submissions in Russia — Traffic in Transit, the U.S. even argued that the exceptions are “self-judging” and “non-justiciable,” meaning that WTO members have full discretion in deciding what is necessary to protect a security interest, and issues of national security are not subject to review by WTO dispute settlement tribunals.
The U.S. position on the security exceptions has been rejected by the panel which ruled unequivocally that the exceptions under the WTO are not totally “self-judging," are “justiciable” and within the jurisdiction of the WTO.
While recognizing the discretion of WTO members in deciding their own “essential security interests” and the necessary means to address such interests, the WTO panel held that the discretion is qualified by an obligation of “good faith” which has two key components.
First, it requires the invoking member to articulate the interests concerned. Secondly, it imposes a requirement of plausibility which involves an examination of whether the measures adopted have a connection with or are effective in protecting the interests pursued. In this particular case, Russia was found to have satisfied both of the requirements. 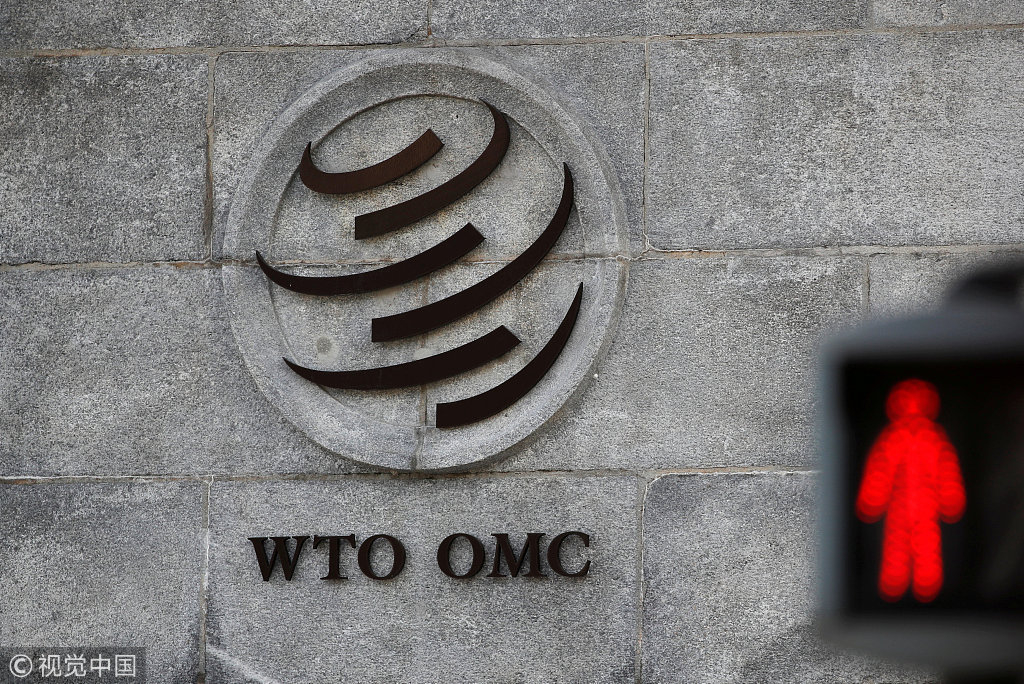 The headquarters of the World Trade Organization (WTO) is in Geneva, Switzerland, October 2, 2018. /VCG Photo

The headquarters of the World Trade Organization (WTO) is in Geneva, Switzerland, October 2, 2018. /VCG Photo

The WTO's interpretation of the security exceptions is significant in several aspects. It brings national security claims under the scrutiny of the WTO dispute settlement mechanism and establishes a normative approach to assessing such claims.
Under this approach, both the genuineness of the declared national security objectives and the rationality of the instruments employed to achieve the objectives will be examined.
In the meantime, the panel seems to have applied its approach in a careful and cautious manner to strike a balance between trade and national security interests. Specifically, the panel's application of the approach suggests that the chosen instruments may be subject to more close scrutiny than the objectives.
Overall, the panel's approach is largely consistent with the approaches that the WTO tribunals have adopted in deciding the justifiability of WTO-illegal measures under other WTO rules.
As under other rules, the checks and balances developed by the WTO panel would help avoid the use of the security exceptions to circumvent WTO obligations, while not impairing the capacity of WTO members to protect their national security.
In light of the panel's decision, the U.S.' current justification of its protectionist measures must fail. The tariffs are not automatically justified once the security exceptions are invoked. Rather, their justifiability must be checked against the “good faith” requirements.
To establish a connection between the tariffs and national interests, the U.S. will face a much higher burden of proof.
The panel's decision may be appealed to the WTO Appellate Body, a permanent tribunal of appeal. Given the reasonableness of the panel's approach, a decision by the Appellate Body to endorse the approach would be much welcome.
(If you want to contribute and have specific expertise, please contact us at opinions@cgtn.com.)