Opinion: US launches trade war, China will fight to the end
CGTN 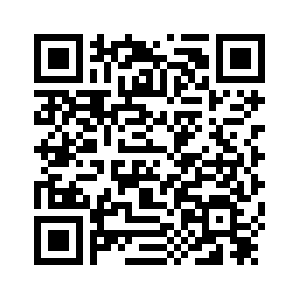 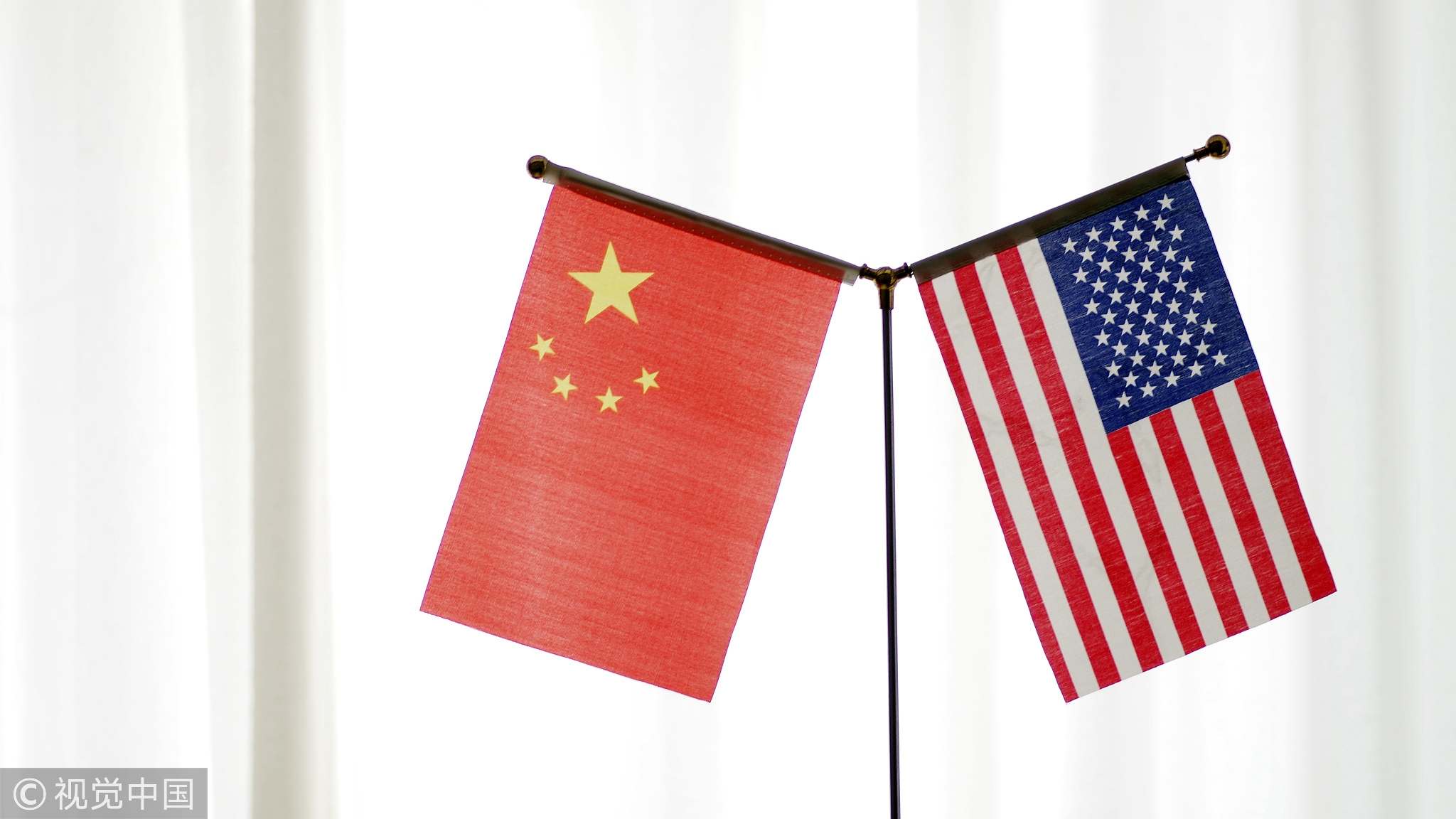 Editor's note: The article is translated from an editorial piece originally published in the Global Times.
US President Donald Trump announced on Friday that he will impose tariffs on about 50 billion US dollars worth of Chinese goods, following through on a threat that could ignite a global trade war.
In response, the Ministry of Commerce of China pointed out that China is well prepared to deal with any trade unpredictability and that the US is “untrustworthy” as both sides had previously reached an agreement on trade issues in May. 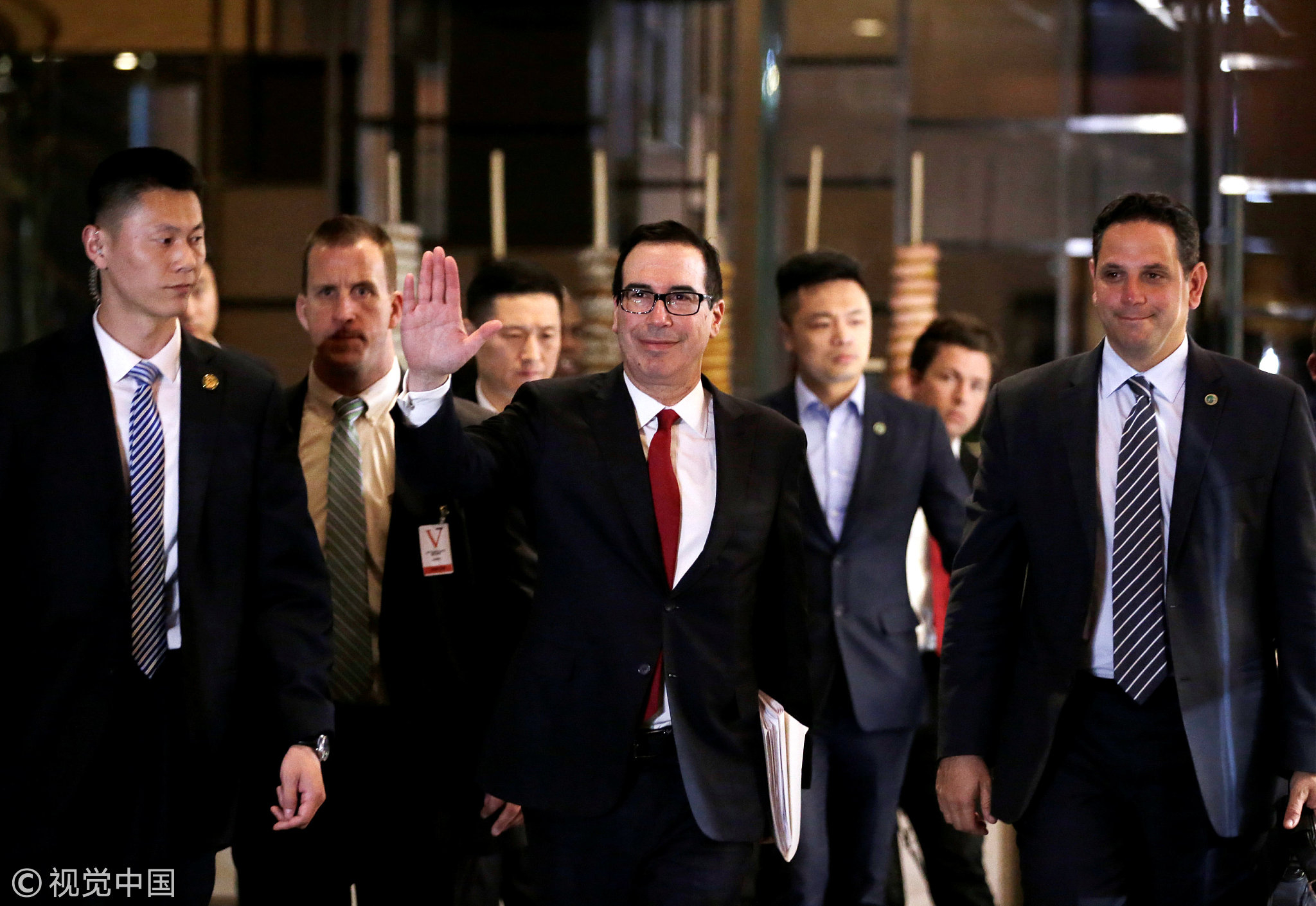 US Treasury Secretary Steven Mnuchin, a member of the US trade delegation to China, waves to the media as he returns to a hotel in Beijing, China May 3, 2018./VCG Photo

US Treasury Secretary Steven Mnuchin, a member of the US trade delegation to China, waves to the media as he returns to a hotel in Beijing, China May 3, 2018./VCG Photo

The Ministry of Commerce of China also announced that given the American announcement on tariffs all agreements they had reached just a few weeks ago were effectively null and void. And at the same, China will impose tariffs on American imports at the same level as their violation of the now defunct agreements.
The escalation of trade tensions is in stark contrast to the consensus China and the US had reached in agreeing to increase cooperation in the areas of agriculture, energy and automobiles after the three rounds of negotiations. The most important consensus they had reached, of course, was stopping any possible trade war. At the time these efforts were seen as bringing great benefits not just to the US and China but to the world economy as a whole.
The White House’s recent announcement, however, violates the agreements both sides reached in May, and has attracted international headline.
Washington's new trade policy has provoked considerable debate among the scholars of both international relations and economics. They are puzzled about the main purpose of President Trump’s tariffs and whether he intends to gain the initiative in the next round of negotiations through exerting pressure on China or he is attempting to hold back the development of Chinese high-tech industries – many of the tariffs are directly aimed at China’s tech sector.
The US itself will be the main casualty of President Trump's unpredictable trade policies not only because it will cause China to retaliate through high tariffs on American imports, but also because the announcement has caused China to cancel their orders on American goods signed in May. Although the White House claimed that they will levy more tariffs on China if Beijing takes any actions in retaliation this threat seems to have had little effect on Beijing’s response. China's attitude has been consistent throughout all the trade negotiations and Trump’s rhetoric: They don't want to launch a trade war with the US, but once it is unavoidable, China will fight till the end. 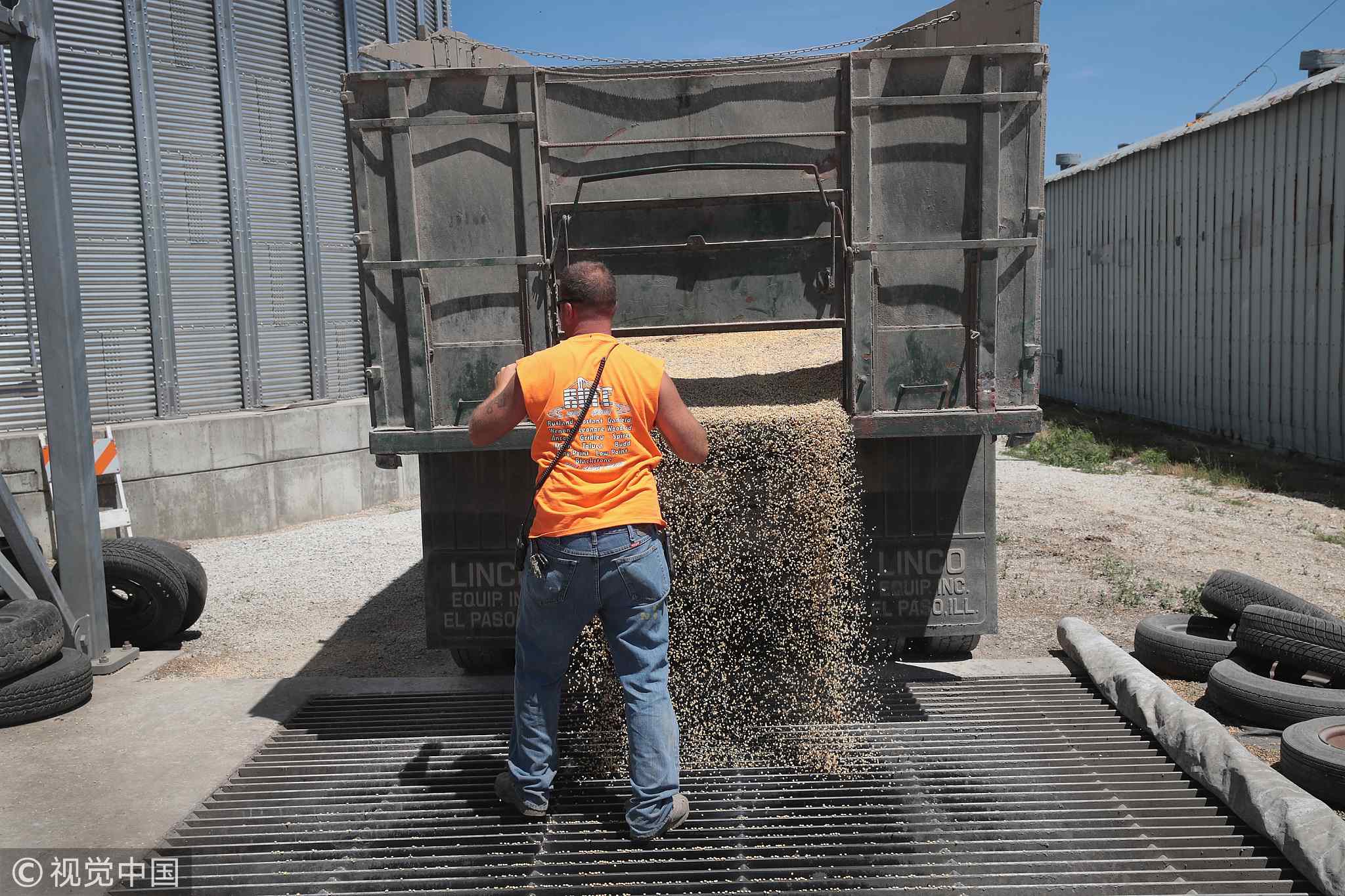 A farmer unloads soybeans at a Ruff Bros in Blackstone, Illinois, US on Jun 13, 2018./VCG Photo

A farmer unloads soybeans at a Ruff Bros in Blackstone, Illinois, US on Jun 13, 2018./VCG Photo

One argument which is gaining more currency among many Chinese commentators as to why President Trump is launching a trade war is that it is appealing to voters and could help him to win the next election. In order to attract as many voters as possible, the trade with China is simply being used as a tool. For some Americans, they attribute the growing employment insecurity to the trade deficits with China. Therefore they hope that the US government tackles the deficit by imposing tariffs. However even within the US, opinion is split. For those who have advanced educational backgrounds they believe that trading with China is actually of long-term benefit to the US. They don't want to see a broken trade relationship with China. Instead they assert the US should deepen its level of trade with China.
As an accomplished politician who is an expert of the American political system, President Trump understands the importance of different groups of voters in the American election. Although an important part of his supporters are those living in the western parts of the US, in agriculture, he can't give up the commercial elites who are based in the east coast. As a result, trade with China has been used as a way to appeal to both sides.
However. are tariffs the real solution to the trade deficit with China? The low national savings rate is the main reason for the cause of imbalanced trade with China. Unlike China, where the national savings rate is relatively high, a financial deficit is quite common in the US. It causes American trade deficits with other countries. More importantly, the US’ largest advantage in global markets is its technology. However the US government is unwilling to take advantage of technology when they are trading with other countries. Instead the US sees itself as a country in which producing food or an energy supplier almost akin to countries likes Qatar or UAE.
President Trump definitely acknowledges that merely selling agricultural products and energy to China would be unable to solve the trade deficit. However, he has to develop a narrative of protecting American interests from being damaged. The trade issue useful in this narrative. President Trump's frequent policy changes are connected to America's political system. Ordinary American people however, will be the victim of President Trump's policy which may bring short-term benefits to them, but have negative effects in the long run.
It's really tricky to negotiate with the US, particularly in terms of trade issues. But China should be confident and keep holding their position, as time will tell who is right and who is wrong.