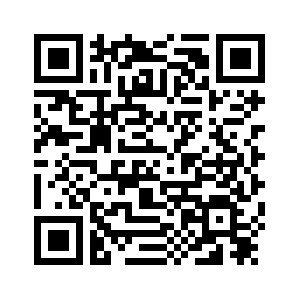 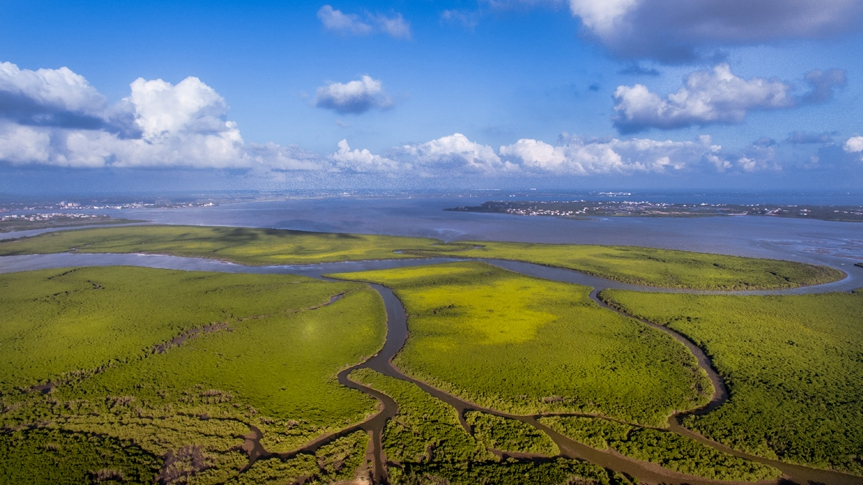 Haikou, the capital of China's southernmost Hainan Province and a renowned tourist city famous for its charming coconut trees and warm sunshine, is transforming itself into a destination that also features rich and lush wetlands, thanks to enviable progress made in the restoration of its local ecosystems.
For locals, it's all been good.
The Meishe River, known as Haikou's "mother river," is now a favorite place for retired worker Lao Zheng and his friends to hang out. 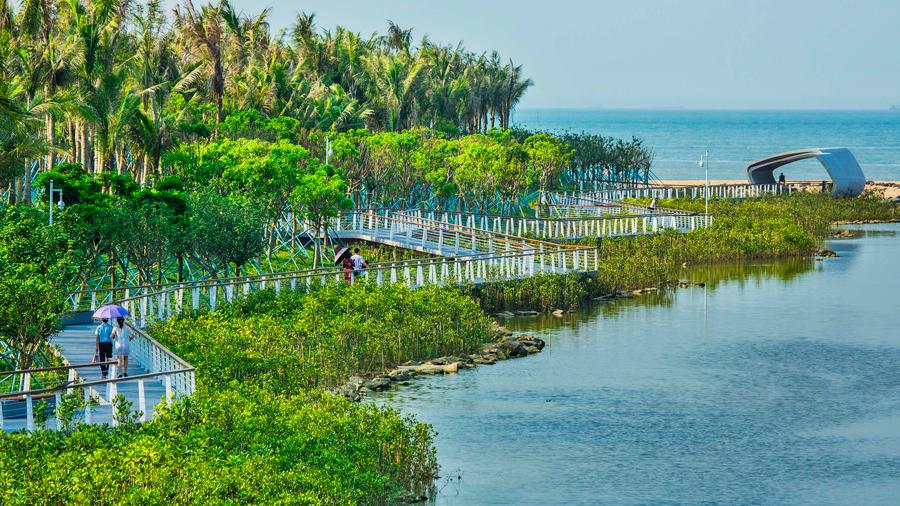 "We rarely came to the river in previous years, because many parts were terribly smelly," he said.
"Now you can see egrets flying overhead. There are lots of people around and the other day we even saw a couple of people taking a nap under the nearby banyan trees," he said.
A number of new wetlands including the Meishe River National Wetland Park and Wuyuan River National Wetland Park emerged to become new attractions for tourists and nearby residential communities last year, as a result of the major ecological restoration drive made by the city government in recent years.
Haikou has conducted an integrated planning for the restoration of its ecological resources. Continuous efforts are seen to get rid of black odors caused by industrial pollution and the dumping of daily domestic garbage in the city's rivers, lakes and wetlands, in a campaign to fully implement the strategy to build Hainan Province into a national demonstration zone for ecological civilization.
It has issued strict guidelines to safeguard ecologically fragile areas, the overall quality of the environment and promote rational use of resources, and has introduced hard-hitting access limits for new industrial projects. 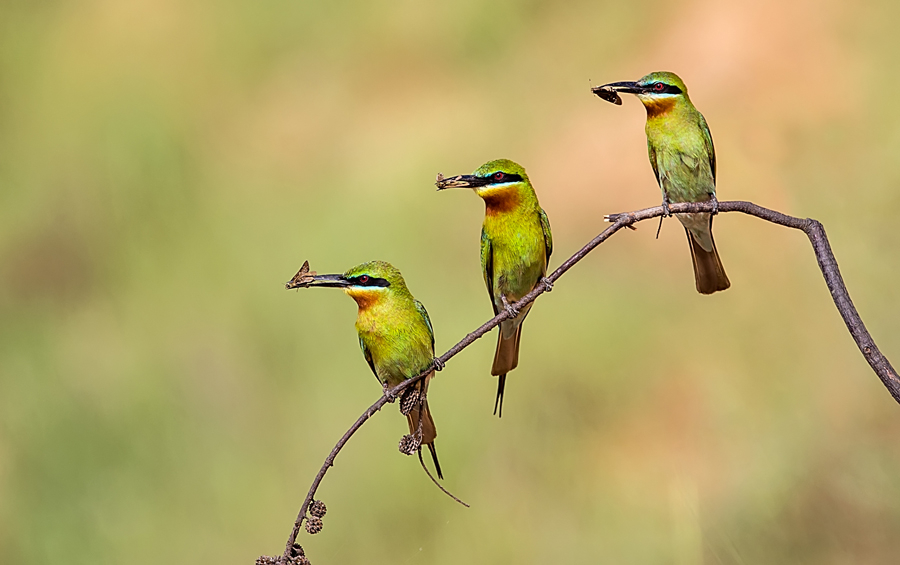 Choosing unconventional way to reinforce the riverbanks, large-leaf oil grass and plants were grown on the river banks and mangroves were planted in the rivers, the first successful planting of mangroves in urban rivers in China. The trees and plants will help to naturally filtrate and purify the waters.
"The cost of such a practice isn't very high, but the effect is a lot better," said Yu Kongjian, dean of the College of Architecture and Landscape at Peking University.
The Meishe River National Wetland Park, covering 14,000 square meters, took shape in nine months on top of a former waste dump last year.
Regarded as the largest functional eight-stage terraced field ever built in China, the wetland can treat 5,000-8,000 metric tons of domestic sewage every day and has become an oasis for water plants and various kinds of waterfowl. It has been awarded the appellation "National Water Conservancy Scenic Area". Yu said Haikou's ecological restoration efforts had created wetlands within city areas. 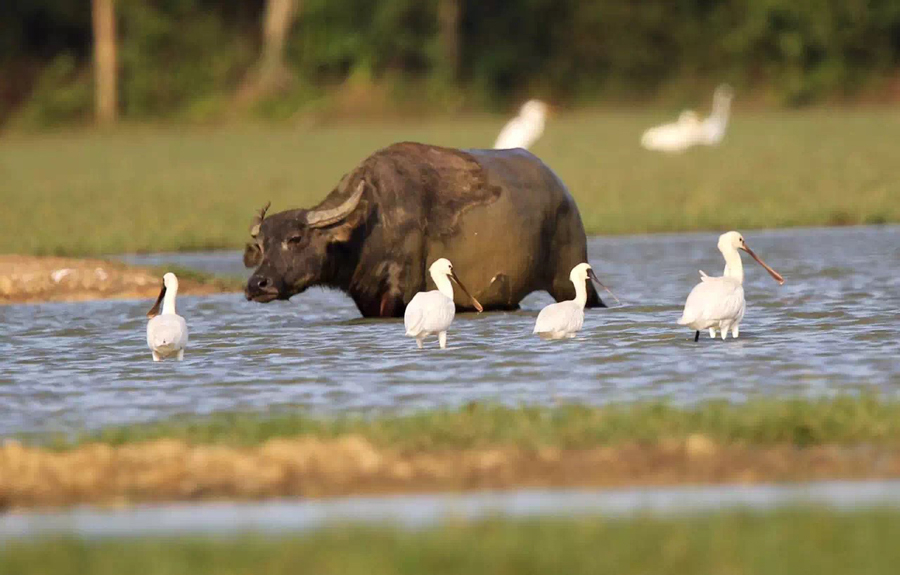 "They have improved water quality and enhanced the regenerative abilities of the local ecological systems and played an important role in resisting floods, regulating runoffs and refining the climate," he added.
The professor said that at the same time, the wetlands were playing a key role in the protection of native species diversity, highlighting local landscape features, cultivating a beautiful recreational environment for local residents and upgrading the urban quality of Haikou as a city. To date, Haikou has cleared more than 7.2 million square meters of black and odorous water areas through ecological restoration. Water quality has improved significantly and beautiful wetlands have been created along the rivers, lakes and seashores. 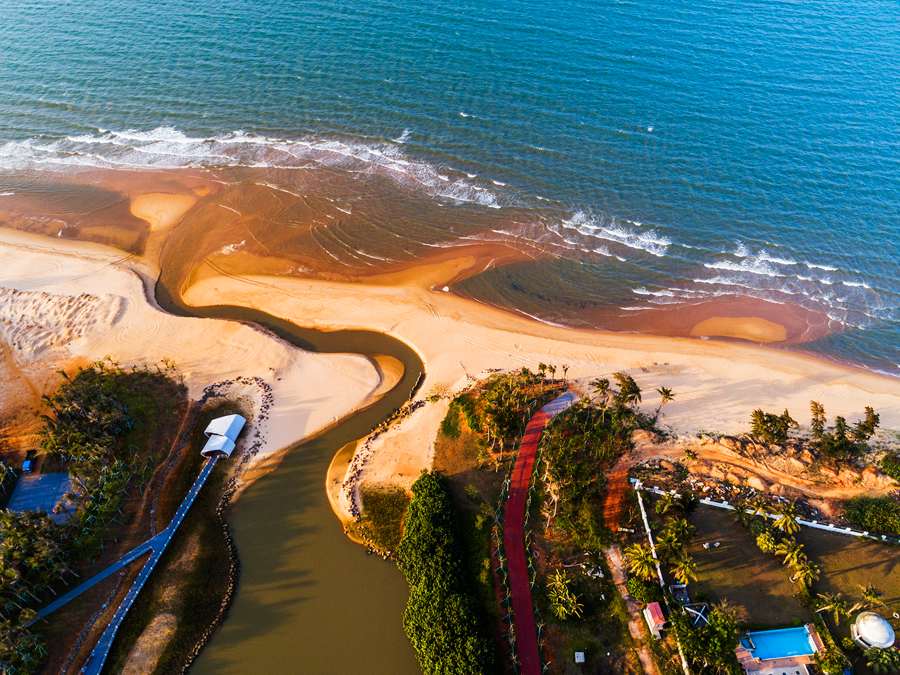 A corner of a coastal wetland in Haikou. /China Daily Photo

A corner of a coastal wetland in Haikou. /China Daily Photo

"Haikou has established a strong leadership headed by senior city officials, supported by professional associations and a growing number of volunteers who are actively involved in promoting public awareness and monitoring management of the wetlands," said Chen Song, director of the Haikou Wetland Protection Center.
He said the city has also issued a number of legal regulations and compiled a master list on wetland protection, to safeguard its ecological resources.
"A good ecological environment is the biggest asset, providing a core competitiveness for Haikou's sustainable development," said Zhang Qi, a member of Standing Committee of the Hainan Provincial Party Committee and Party secretary of Haikou, adding that the city will strive to create more ecological facilities and services for its people.
(Cover: Haikou in Hainan Province has pioneered its efforts to preserve ecosystems. /China Daily Photo)
Source(s): China Daily