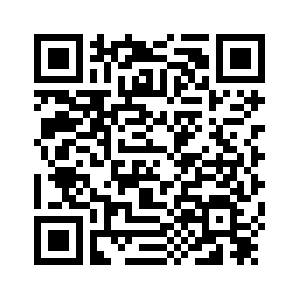 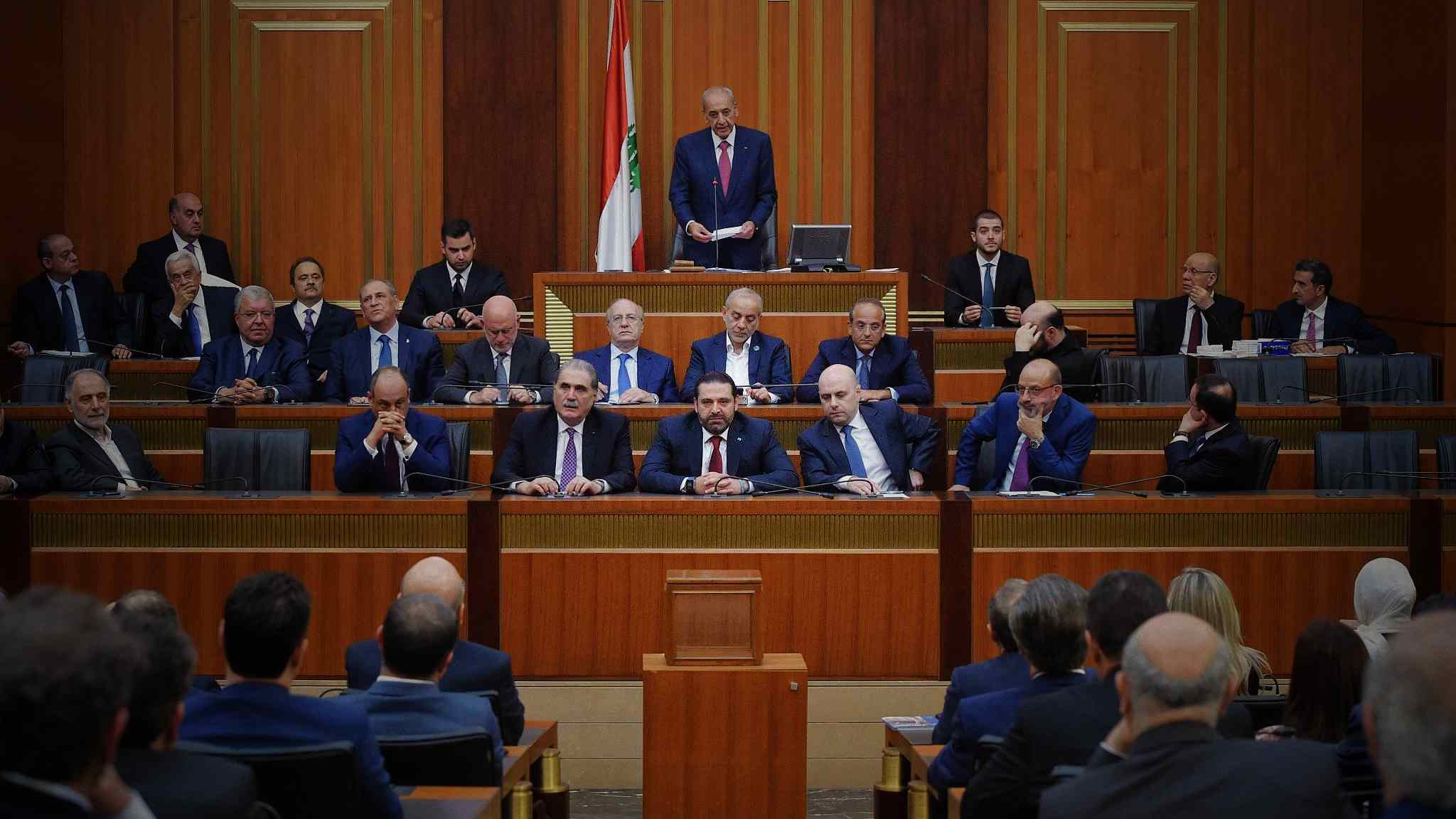 In less than two weeks, it will be six months since parliamentary elections were held in Lebanon on May 6 this year, but the country still remains without a government leading to fears that the ongoing political crisis could push Beirut into an economic turmoil.
The May 2018 parliamentary elections were held after the originally scheduled elections in 2013 was postponed thrice – in 2013, 2014 and 2017 – under various pretexts. So, these were the first elections since 2009 and also the first held under Lebanon's new electoral law passed in 2017 and therefore seen as an opportunity to bring in political stability in the country.
However, the results didn't give a clear mandate to any of the two major political coalitions.
While the March 14 Alliance, led by then prime minister (and now prime minister-designate)  Saad Hariri's Future Movement, saw its hold slipping in the 128-seat parliament; his main opponent the March 8 Alliance, that includes Hezbollah and led by Free Patriotic Movement, increased its strength with a good showing at the election.

Following the fractured mandate, President Michel Aoun tasked Hariri to set up a new cabinet. Since then, the prime minister-designate has struggled to form a 30-member national unity government as parties reportedly continue to jostle over ministerial positions despite fears of a looming economic crisis.
According to the Lebanese constitution, the president must be a Maronite Christian, the prime minister a Sunni Muslim while the parliamentary speaker must be a Shiite Muslim representing the country's main ethnoreligious groupings. The prime minister-designate does not have a deadline for drawing up a new government.
Also as per the 1989 Taif Accord (which ended Lebanon's 15-year civil war), the government posts are shared between the ethnoreligious groupings as well, with six cabinet portfolios reserved for Sunni Muslims, six for Shiite Muslims, and three for Druze.

"What has handicapped the government's formation so far are significantly diverging interests," Maha Yahya, director of the Carnegie Middle East Center in Beirut, remarked.
"Mainly, there has been a tug of war between the two Christian political parties vying for future dominance over their community and for Lebanon's presidency, in particular the effort of Gebran Bassil, the head of the Free Patriotic Movement, to position himself as a successor to his father-in-law President Michel Aoun once he leaves the scene. This standoff has poisoned public discourse and revived civil war-era sentiment," she elucidated.
Earlier last week, both Hariri and Aoun had expressed hope that the government would be formed by Sunday (October 21) but there were no signs of a breakthrough even as the deadline passed. "Forming the government is taking longer than expected but we will get there,” Hariri said, stressing that efforts remain "on their way to a solution."
President Aoun, who has repeatedly expressed concern over the delay, reiterated last Thursday that "the [new] government is just around the corner."
"The Lebanese government formation process seems to have gone back to square one," said Hanin Ghaddar, Friedmann visiting fellow at the Washington Institute for Near East Policy in Washington, DC.
"Although Hariri stressed that all parties had made concessions, there are still none from the two leading Christian parties blocking the process. Meanwhile, Hezbollah blamed the delay on 'foreign intervention,' probably hinting at the position of the US not to allow Hezbollah to get any service ministries, mainly the Health Ministry," Ghaddar added.

Lebanese prime minister-designate Saad Hariri talks to journalists during a news conferece in the Lebanese capital Beirut, May 1, 2018. /VCG Photo

Lebanese prime minister-designate Saad Hariri talks to journalists during a news conferece in the Lebanese capital Beirut, May 1, 2018. /VCG Photo

After Hariri's failure to line up a new cabinet last weekend, Aoun on Monday pressed that the circumstances required a rapid formation of the government, hinting at the looming economic crisis.
On Wednesday, the Lebanese Parliament Speaker Nabih Berri too warned that Lebanon will soon suffer economic deterioration without the formation of a new government, a local newspaper reported.
"The government must be formed as soon as possible... to be able to avert an economic deterioration," Berri was quoted by Elnashra, an online independent newspaper, as saying.
With no government in place, Lebanon risks losing 11-billion US dollars in soft loans and grants from international donors who pledged the aid at the International Conference in Support of Lebanon Development and Reforms (CEDRE) conference held in Paris on April 6.
A new government would be required to sign off the funds at the conference.
Economic growth has also plummeted in the wake of a series of political crises, compounded by the war in neighboring Syria since 2011.
Lebanon has one of the world's most indebted governments, owing about 150 percent of the gross domestic product, and the International Monetary Fund warned early this year that Beirut must urgently undertake fiscal reforms, Reuters reported.
Some analysts, however, aren't yet hopeful that a new government will be able to improve Lebanon's economic situation.
"The question today is whether the government is going to improve the economic and political crises in Lebanon? It almost certainly will not," Ghaddar said emphatically.
"To genuinely help Lebanon recover, two fundamental processes need to be implemented: reforming state institutions, with strong accountability mechanisms; and containing Iran's hegemony over Lebanon. As long as Iran continues to dominate Lebanon's political and security decisions, and as long as corruption continues to deprive institutions from resources, Lebanon will remain isolated economically and politically, and will continue to disintegrate," she elaborated.

A compromise on the cards? 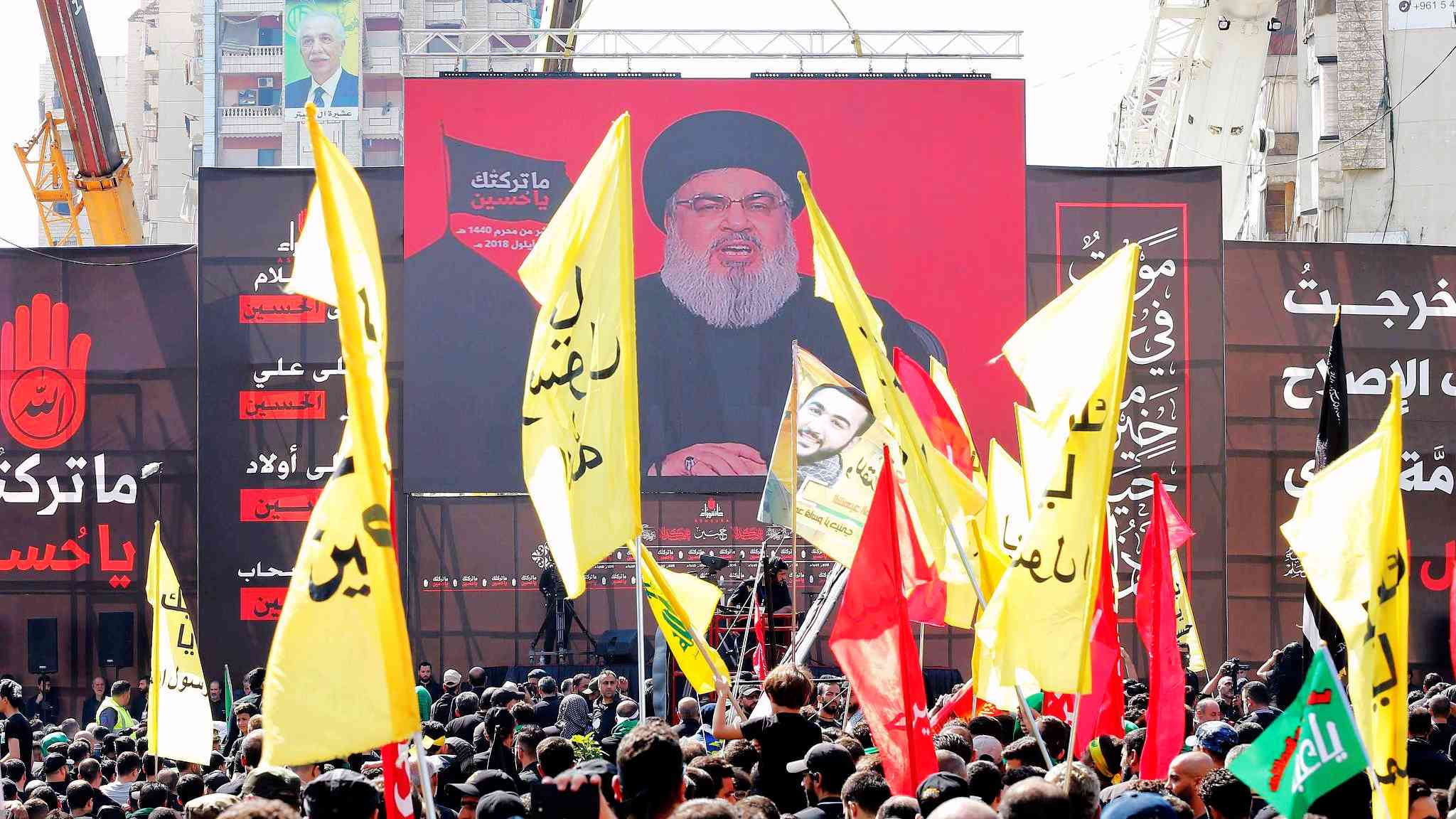 Other analysts felt that the political deadlock will be resolved soon. "I don't think the formation of a cabinet will take much more time," Sami Nader, director of the Levant Institute for Strategic Affairs, said.
"All the stakeholders in Lebanon may finally realize that the economy is on the verge of collapse so that further delay is dangerous. I wouldn't be surprised if Hezbollah were to jump in to convince its allies of the necessity of a compromise," added Nader who's also an economist, and a lecturer at Beirut's Université Saint Joseph.
Meanwhile, a gradual international pressure is building on Lebanon, nudging it to have a functional government at the earliest.
French Ambassador to Lebanon Bruno Foucher on Tuesday urged Beirut to form a new "active" government very soon, according to a Xinhua report.
On Wednesday, Philippe Lazzarini, the UN resident and humanitarian coordinator for Lebanon, called on Lebanese officials to form the "much-anticipated" government to restore confidence and attract much-needed foreign investments.
While addressing all these concerns may feel like squaring a circle, the urgency of putting Lebanon back on track cannot be underestimated. Declining confidence in the country's economy, increasing socioeconomic pressure, and an evident erosion in the country's institutional fabric make it paramount for the political leadership to delay no longer, Yahya concluded.
(With input from agencies)
[Cover: Lebanese Parliament Speaker Nabih Berri addresses the newly-elected members during a session of the parliament in downtown Beirut, May 23, 2018. /VCG Photo]
6982km