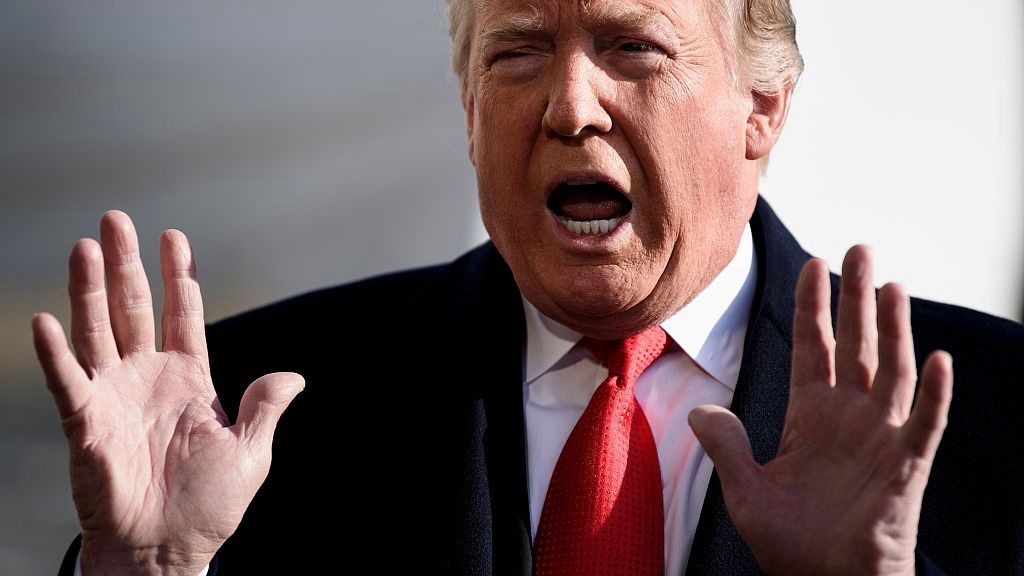 Editor's Note: Bobby Naderi is a journalist, current affairs commentator, documentary filmmaker and member of the Writers Guild of Great Britain. The article reflects the author's opinion, and not necessarily the views of CGTN.
U.S. President Donald Trump is stuck between a rock and a hard place. He has been forced to reach a deal with Mexico and Canada to import metals (steel and aluminum) without the imposition of tariffs. In a cop-out, he has also decided to delay tariffs for six months on automobile and auto-part imports coming in from Europe and Japan.
This should be seen for the desperation it largely is. The idea for lifting the steel tariffs is to appease American senators to remove the stumbling block from the path of ratifying the United States-Mexico-Canada Agreement (USMCA), the revised version of NAFTA, in Congress. Trump had been warned his hard-won USMCA couldn't pass the Congress if he kept steel and aluminum tariffs on Canada and Mexico.
Senate Finance Committee Chair Chuck Grassley had said, "If these tariffs aren't lifted, USMCA is dead. There is no appetite in Congress to debate USMCA with these tariffs in place."
As well, Trump had to postpone his auto tariffs to quiet down the European Union, which had taken him to task. Deeply insulted by Trump's national security justification, the European Commission had said the EU would respond in a "swift and adequate manner to the possibility that the U.S. may impose tariffs on European cars," adding that "the negotiations would continue only if the U.S. does not impose levies."
Taken together, this is a perfect example of what the global trade-war revolving door looks like. The recent gambits amount to a desperate attempt by Trump and his protectionist followers to win friends and allies and ease global trade tensions, as markets and investors are hurting from the decision to impose new tariffs on Chinese imports. 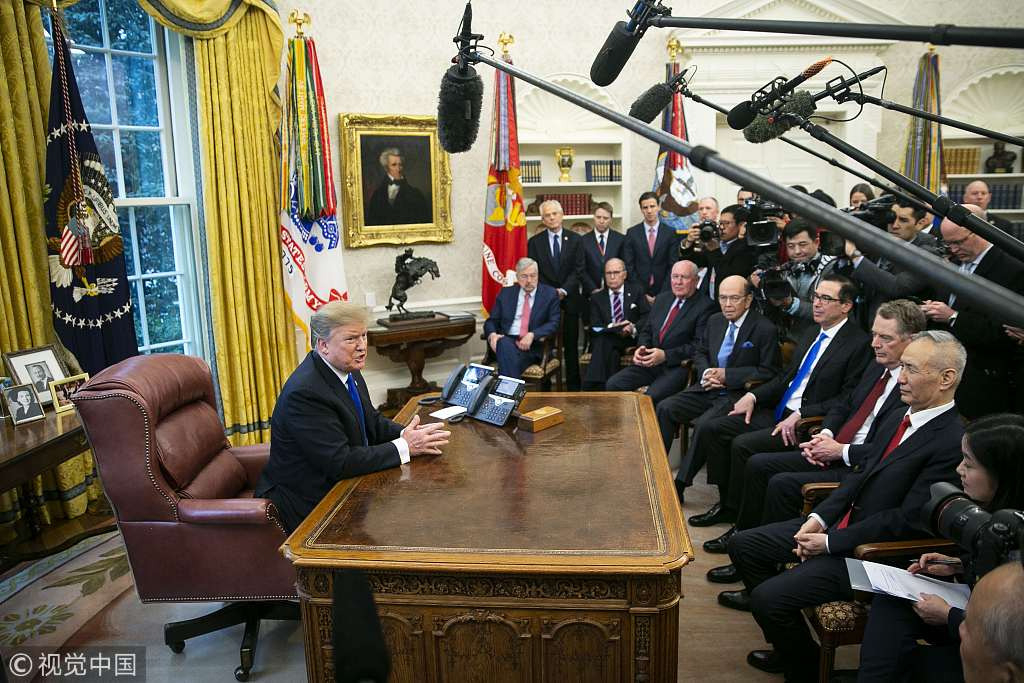 The truth is the "tariff man" is isolated far and wide. Trump has realized he cannot fight and win all his trade battles with friends and foes. He does not want a trade war with the European Union, Japan and China all at the same time as he might not win. He cannot endure pressure from all directions when trying to negotiate with everyone at once, either.
In the months since, many Americans and businesses have been harmed by retaliatory tariffs as well. American jobs, wages and communities have been hurt. For example, Harley Davidson's CEO Matt Levatich said this week, "Harley Davidson is trying to mitigate the damage of retaliatory tariffs the EU placed on U.S. motorcycles that are costing the company about 100 million U.S. dollars a year. Obviously we can't sit by and wait for something to happen. We have to act to make it happen."
This has damaged the credibility of Trump's national and global trade agenda, particularly efforts to secure a deal with China. By promptly lifting steel tariffs from Canada and Mexico, Trump wants to do some damage control and at the same time make sure he is not seen as a sheriff without a posse in the biggest trade battle of his presidency.
One thing seems clear. American retailers, automakers, businesses and farmers never felt threatened by imports, and surely didn't ask for Trump's dangerous and destructive "protection." Going inside the global economy, American businesses have global supply chains with production and assembly lines, including in Europe.
They are upset because they cannot fine-tune these chains in response to a prolonged trade war. For them, the global trade war is in essence a matter of loss and hurt and little else.
The same sentiment exists regarding Trump's disparaging tariffs on Chinese imports, where American consumers face similar threats and experience similar losses. Trump has imposed 25 percent tariffs on Chinese goods – tax on American consumers – to pressure Beijing for a new trade agreement.
The two sides are yet to sign a deal, U.S. levies are still in place and, in response, China has been forced to place its own tariffs, mostly on American agricultural products. China's tariffs are a net negative on the industry, which is why farmers are desperate for a deal. 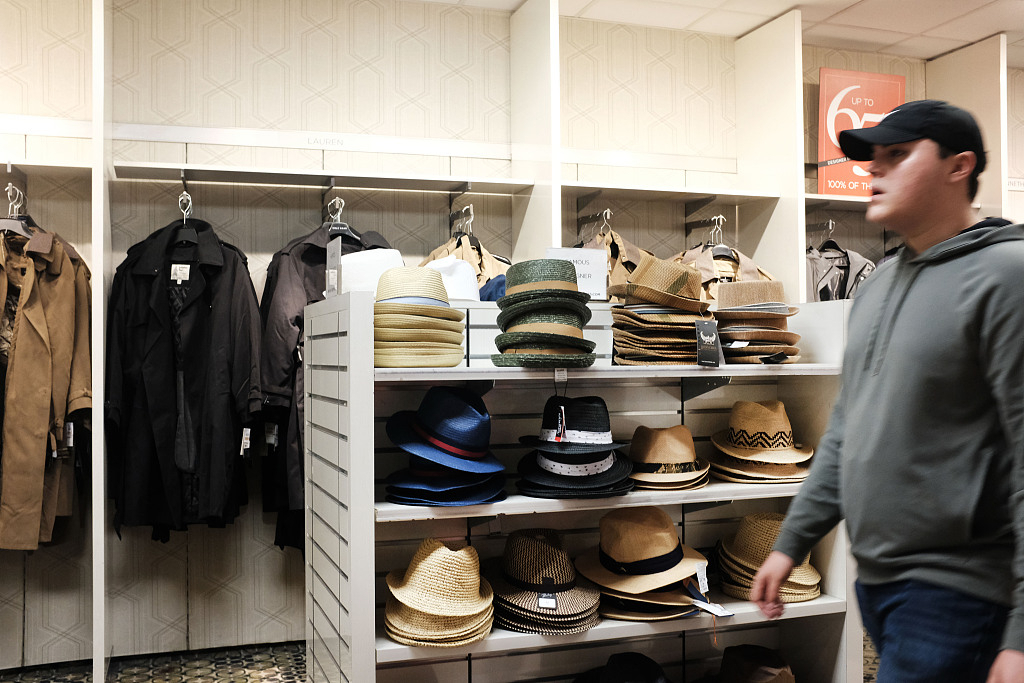 Chinese-made hats are displayed for sale at a Manhattan department store in New York City, U.S., May 7, 2019. /VCG Photo‍

Chinese-made hats are displayed for sale at a Manhattan department store in New York City, U.S., May 7, 2019. /VCG Photo‍

To make their own cases for what should matter the most, American farmers say the seemingly never-ending dispute is not the best way to conduct business with China. They are calling on Trump to put negotiations back on track, arguing that things would get worse when Beijing raises tariffs on U.S. products starting June 1.
And it's not just the farmers' livelihoods that are being redacted in Washington, but significant parts of the U.S. economy as well. Most notably, according to a report by the Trade Partnership, an international-trade and economic-consultancy firm, "The average America family of four will have to find an extra 767 U.S. dollars to pay for higher costs for goods and services resulting from the tariffs."
Fighting the good fight, Beijing has ruled out resuming trade talks under the current threat of higher tariffs and without new steps that show the U.S. is "sincere," which could mean longer-term expenses passed onto American consumers, greater costs for businesses, and lost exports for farmers and companies.
Just to recap: There are still opportunities to send a message that the double-dip in trade dispute and its impact on businesses, consumers and labor groups would isolate the Trump administration, both domestically and internationally.
If the issue between the world's two largest economies isn't resolved soon, it might deliver Trump a historic defeat in the 2020 election. According to a Business Roundtable report, nearly 39 million jobs across America depend on international trade. This means America's employment will be affected if the Sino-U.S. trade war continues.
That's saying something in the near term. American farmers, workers, businesses and consumers stand to gain if tariffs on Chinese imports are dropped. Their needs, desires, and views on what matters should be front and center in political Washington.
(If you want to contribute and have specific expertise, please contact us at opinions@cgtn.com.)