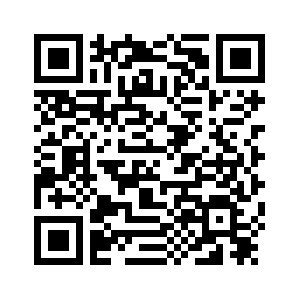 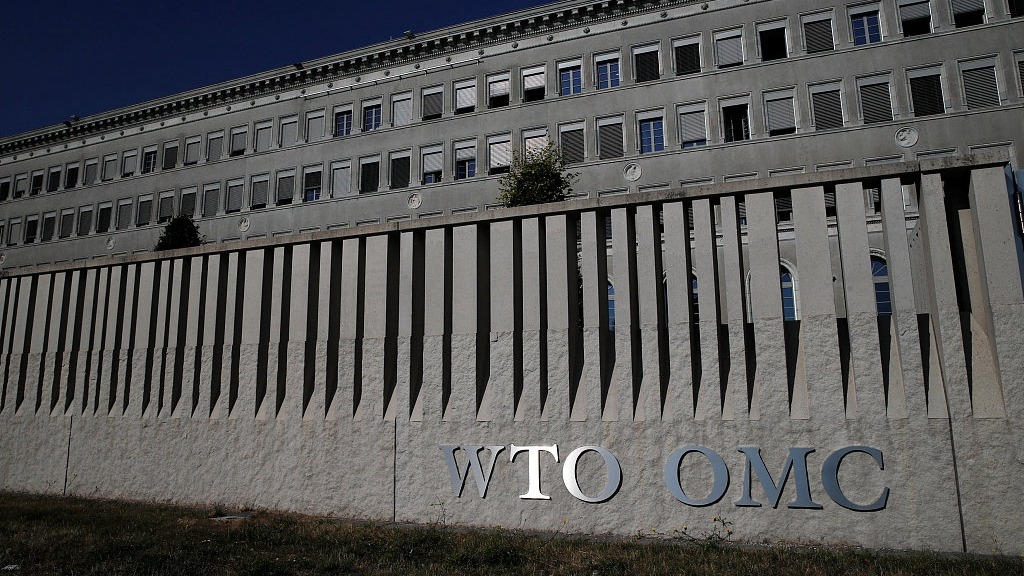 Editor's note: Kong Qingjiang is the dean of the School of International Law under the China University of Political Science and Law. The article reflects the author's opinion, and not necessarily the views of CGTN.
On May 13, 2019, China's delegation to the World Trade Organization (WTO) submitted a long-awaited proposal on WTO reform. Due to the U.S.' block of the appointment of judges of the WTO's Appellate Body (AB), the AB will cease to function at the end of 2019, thus paralyzing the dispute settlement mechanism, which lies at the heart of the world trading system and is hailed as the crown of pearl of the WTO.
The trade body is also in crisis for it not only fails to make progress in its Doha Agenda, but remains sluggish in delivering the agreement on fishery and intact to the needs for new rules on digital trade. Such a crisis is highlighted amid rising unilateralist and protectionist practices.
Against this backdrop, China raised its detailed proposal for WTO reform, not long after it released the white paper entitled China's Position Paper on WTO Reform in December 2018. It is a clear indication that China is willing to work with all parties to advance the well-needed WTO reform.
The Chinese proposals are designed to help tackle the essential and pressing issues threatening the existence of the organization, increase WTO relevance on global economic governance, improve the organization's operating efficiency and increase the inclusiveness of the multilateral trade mechanism. 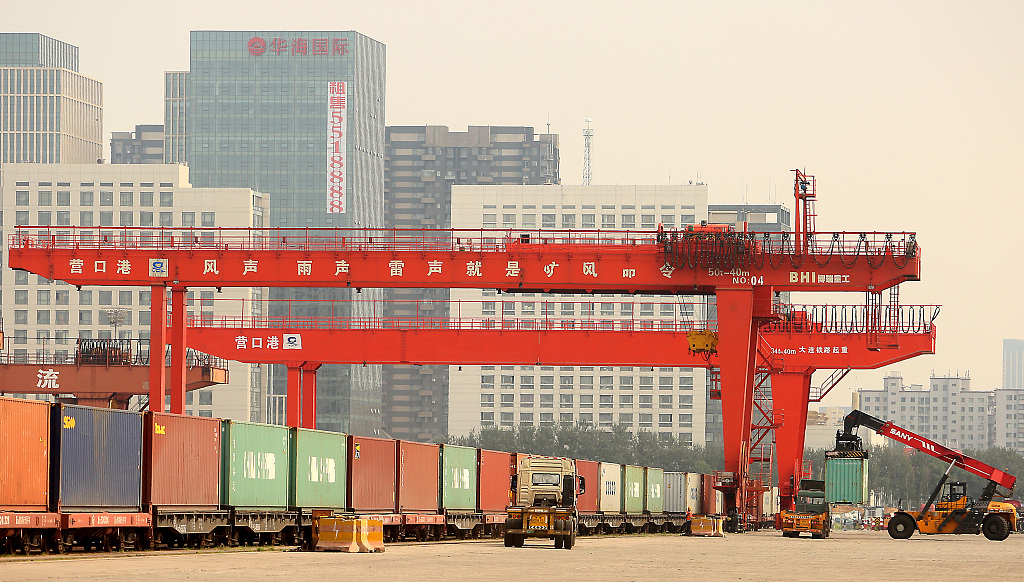 A Chinese crane unloads containers from a train onto trucks at a port in Yingkou, Liaoning Province, China on July 18, 2018. /VCG Photo

A Chinese crane unloads containers from a train onto trucks at a port in Yingkou, Liaoning Province, China on July 18, 2018. /VCG Photo

Four basic principles are enshrined in the Chinese proposal, that is, the WTO reform shall be based on the principle of non-discrimination, which means the reform program cannot target specific countries. It insists that the special and preferential treatment shall be maintained for developing countries, and a consensus decision-making mechanism shall also be kept.
The effective function of the dispute settlement mechanism is a precondition to a viable rules-based world trading system. Hence, China prioritizes addressing the crisis of the WTO's dispute settlement mechanism. In the eyes of China, a process for selection and appointment of judges shall be inaugurated as soon as possible.
The Chinese proposal is concerned with the misuse of a new protectionist measure taken on the pretext of national security exception, as illustrated by the U.S. action against steel and aluminum in the first half of 2018. China calls for subjecting such trade measures to multilateral review. China is apparently willing to see the disciplines tightened on unilateral measures that do not comply with WTO rules.
China is fully aware that the WTO needs to keep up with the times. For example, old-fashioned rules on agriculture and trade relief need to be changed. Long-delayed negotiations on fishery subsidies shall be completed soon. Moreover, as the cross-border digital trade prospers, the WTO must be responsive to needs for new rules if the WTO is to be kept relevant to the real world of international trade and global economic governance.
It is not difficult for trade policy experts to find that the Chinese proposal coincides with other WTO reform proposals, like that of the European Union in that both recommend to strengthen the implementation of the obligations of the WTO members regarding trade policy notification so as to enhance the efficiency of the WTO. 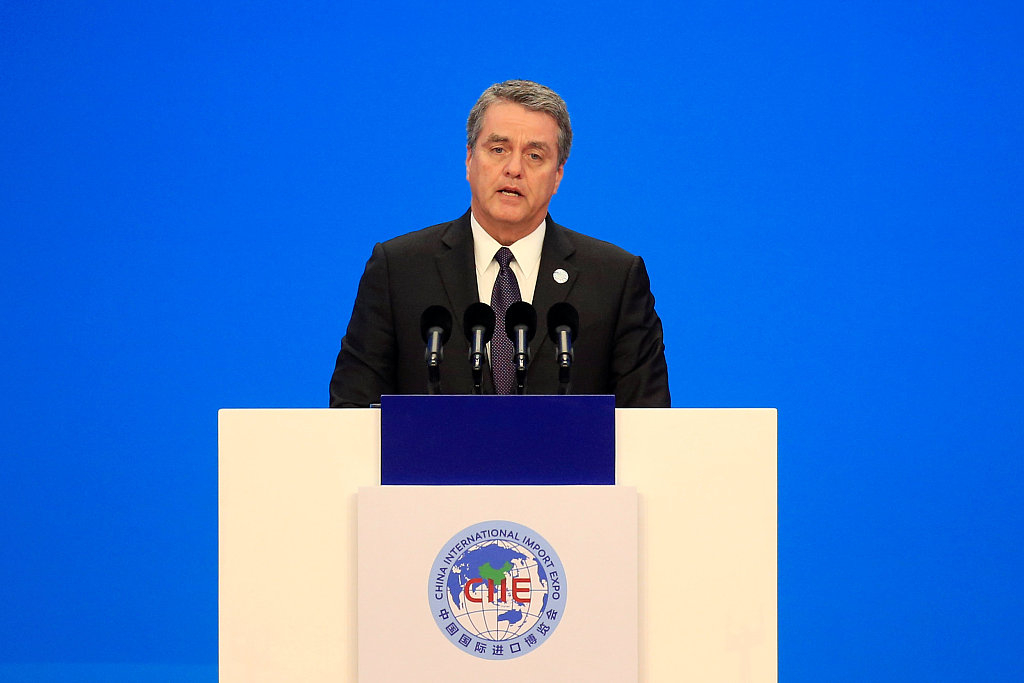 As the largest developing country in the world, however, China sides with the developing members. It calls for maintaining the special and differential treatment (SDT) for developing members to strengthen the inclusiveness of the multilateral trading system. Without the SDT, the benefits expected to derive out of trade liberalization would be alien to the developing world.
Notably, China is also attached to the principle of fair competition. Yet, it has been bestowed a meaning different from what the U.S. tends to impose upon, i.e., state-owned enterprises are to be curbed. For China, ensuring a level playing field for enterprises of different ownership is a fairer understanding of the principle of fair competition.
Indeed, it can be seen that China's proposal was crafted to address the survival crisis facing the WTO, enhance its authority and effectiveness, and increase its relevance in global economic governance.
Even though China didn't mention the United States by name in the proposal, it referred to a number of WTO reform policies advocated by Washington, which were announced by the United States Trade Representative's 2019 Trade Agenda.
They are primarily concerned with the goal of building the capacity of the WTO to address the challenges associated with the so-called “non-market economy” member, which clearly referred to China.
As many bilateral tensions or challenges countries are facing today require a multilateral response, it is a necessity to formulate a WTO reform agenda. The Chinese proposal sent a clear message that China is opposed to a WTO reform agenda that is targeted at specific countries.
Given the decision-making mechanism built in the WTO, it is advisable to ensure the neutrality of the reform agenda.
(If you want to contribute and have specific expertise, please contact us at opinions@cgtn.com.)