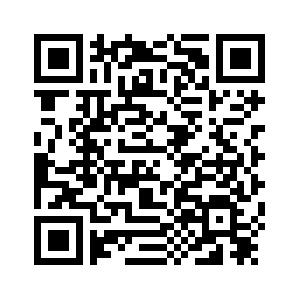 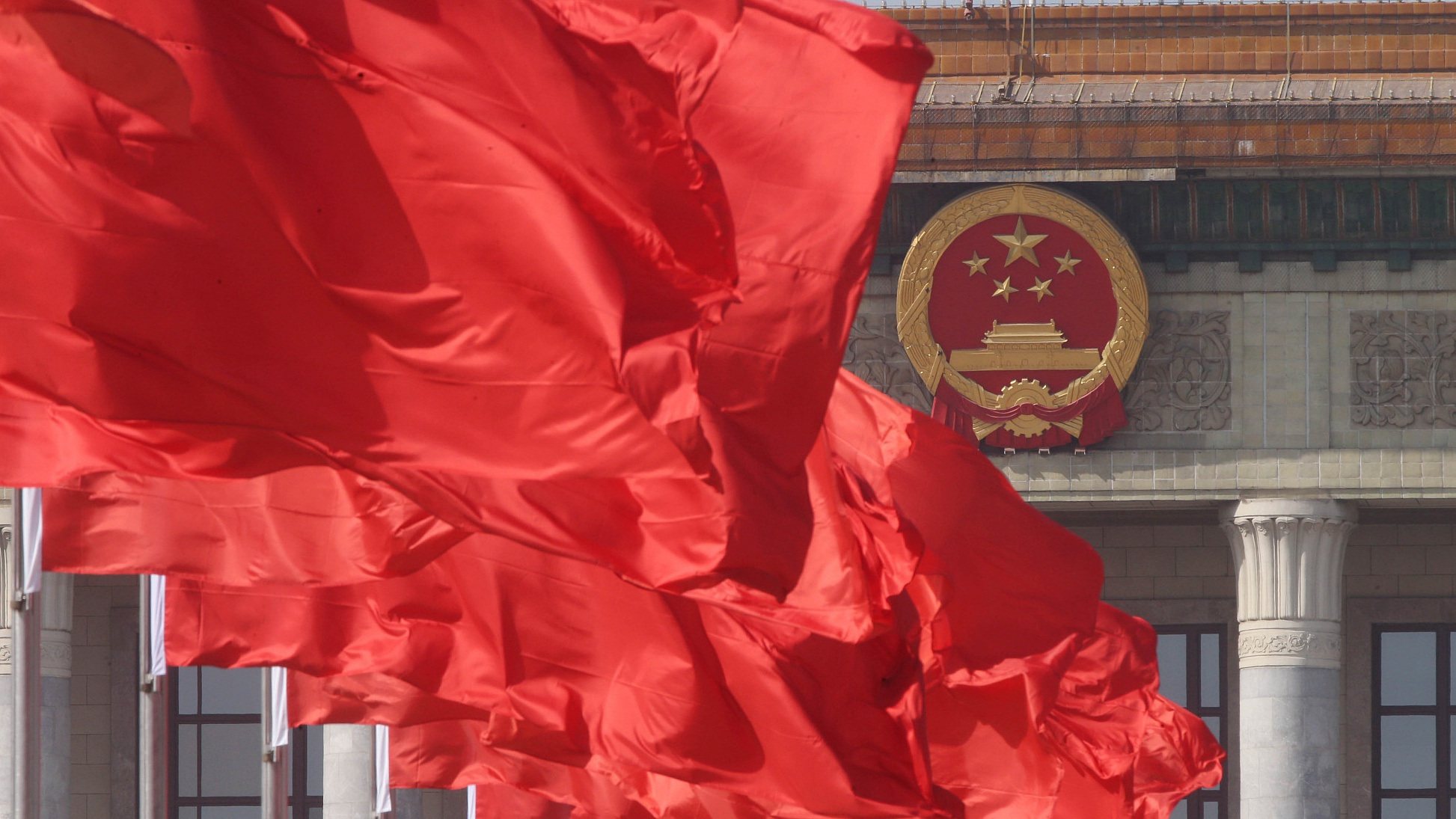 ‍Nobody or no party can ever resist the historical trend of a country empowering itself, national rejuvenation and the reunification of the two sides of the Taiwan Strait, Chinese President Xi Jinping said on Wednesday.
The president made the remarks while addressing the gathering which commemorated the 40th anniversary of issuing Message to Compatriots in Taiwan at the Great Hall of the People in Beijing.

“One Country, Two Systems” the best way for reunification

The two sides of the Taiwan Strait have been separated for almost 70 years, which hurts and only making joint efforts to seek the national unification could be a remedy.
Since China's top legislature issued "Message to Compatriots in Taiwan" in 1979, the two sides have worked to break the isolation from each other, and achieved comprehensive, direct and bi-directional “Three Direct Links”, and open the grand prospect of communication between the compatriots from the two sides, Xi said. 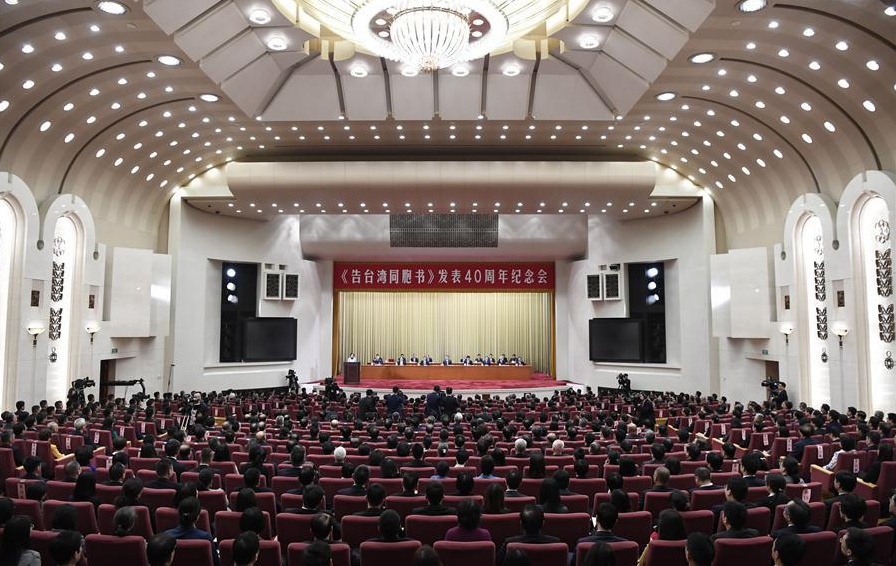 The gathering to commemorate the 40th anniversary of issuing "Message to Compatriots in Taiwan" held at the Great Hall of the People in Beijing, capital of China, January 2, 2019. /Xinhua Photo

The gathering to commemorate the 40th anniversary of issuing "Message to Compatriots in Taiwan" held at the Great Hall of the People in Beijing, capital of China, January 2, 2019. /Xinhua Photo

Looking forward, the future of Taiwan lies in national unification, and the welfare of the Taiwan compatriots are also closely related with national rejuvenation.
Read more:
Exploring a Taiwan solution under "One country, Two systems" framework
40th anniversary of 'Message to Compatriots in Taiwan': Closer than ever to national rejuvenation
The "One Country, Two Systems" thus holds the key position for the reunification between the two sides.
Advocating for win-win cooperation, China holds a consistent and clear position to replace confrontation and exclusiveness with dialogue and cooperation, while the nation will never allow "Taiwan independence" forces to separate the region from China.
As "Taiwan independence" separatist activities are the greatest threat to the peace and stability of cross-strait relations, Xi underscored the importance of adherence to the 1992 Consensus.

A political breakthrough in 1992 known as the consensus on the one-China principle led to the landmark Wang-Koo summit in 1993, named after the leaders of the talks, representing the Chinese mainland and the Taiwan region meeting for the first time.
But rising tensions escalated as the mainland increasingly saw some separatists' activities over the decades.
That breakthrough came with the return of the Kuomintang to power in Taiwan in 2008, and a 60-year impasse was broken with a series of trade, transit, and investment deals.
In November 2015, Chinese President Xi Jinping and Taiwan leader Ma Ying-jeou met in Singapore, the first-ever meeting between leaders of the two sides since the end of the Chinese civil war.

No matter how many ups and downs the Chinese mainland and Taiwan have experienced, the one-China principle is always the foundation stone for the Chinese government's policy on Taiwan.
02:50 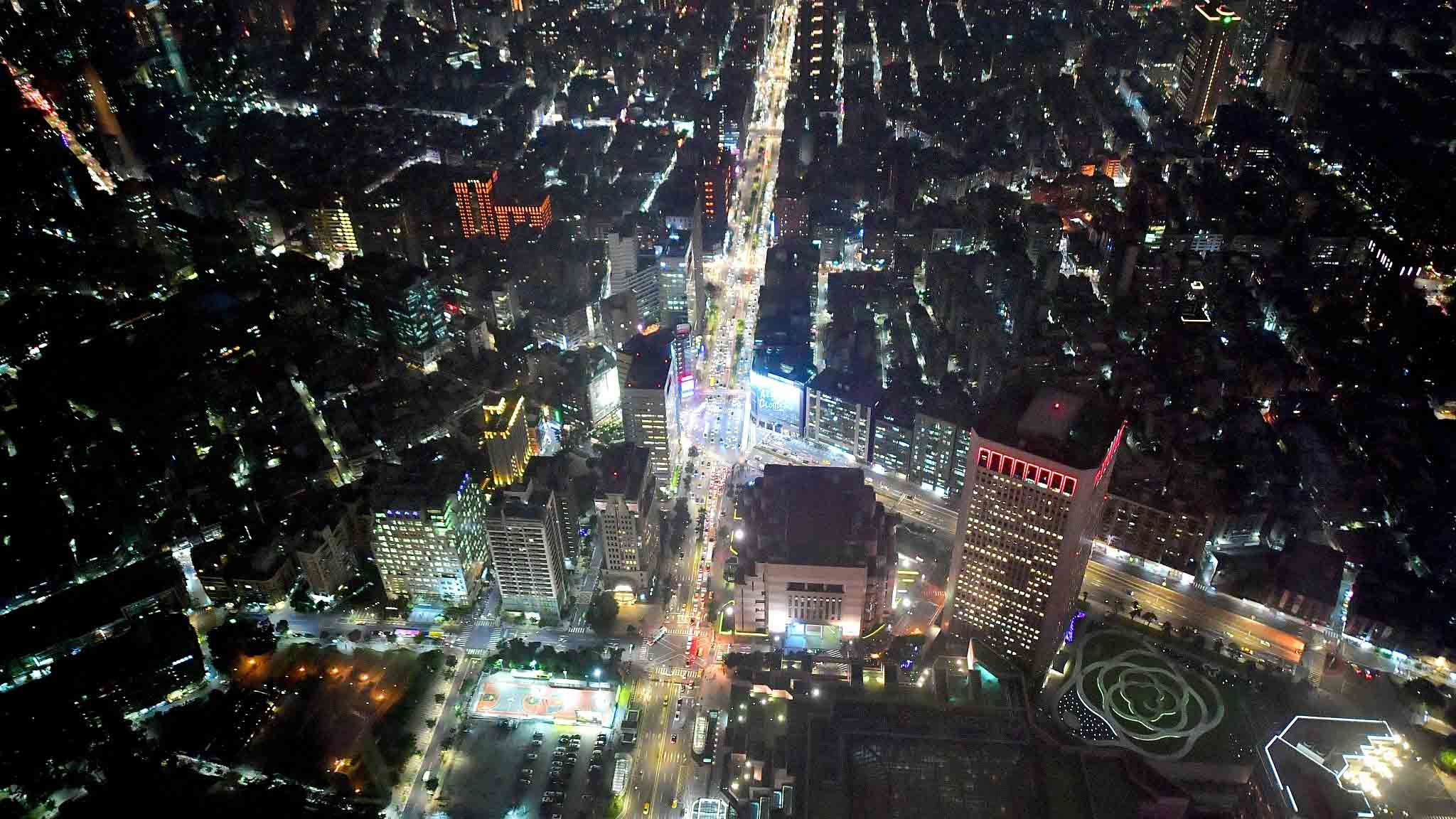 China will do its best to achieve peaceful reunification, but will not promise to give up the use of force, and will reserve the right to use all necessary measures to prevent Taiwan people from being harmed by the “Taiwan independence” plot.
Read more:
Xi pledges peaceful reunification but vows to defeat 'Taiwan independence'
Opinion: Will the Chinese mainland take Taiwan by force?
The Chinese people's affairs should be decided by the Chinese people, Xi said, stressing that the Taiwan question concerns China's core interests and the national bond of the Chinese people.
China's reunification does not harm any country's legitimate interests, including their economic interests in Taiwan, Xi said.
Moreover, China's reunification will only bring more development opportunities to other countries, inject more positive energy into the prosperity and stability in the Asia-Pacific region and the world, Xi added.

On the settlement of the Taiwan question and the realization of the complete reunification of China, Xi placed his hope on Taiwan compatriots, also pledged to bring more conveniences to the region.
In 2018, the Chinese mainland further implemented preferential policies for people from Taiwan, such as easier-to-get residence permits and dozens of other measures that cover areas like taxation, employment, and education.
Xi also suggested in his speech that both sides could first connect their water, electricity and gases supplies, and then build a bridge between Kinmen and Matsu and the coastal area of Fujian Province.
People on both sides of the strait need to inherit the profound Chinese culture together, so as to promote its creative and innovative development, he added.
(CGTN's Jin Yingqiao and Shang Jianglong also contributed to the story.)