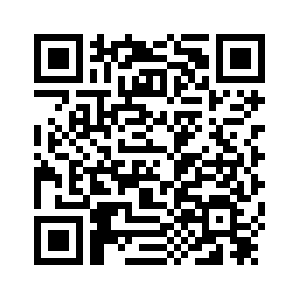 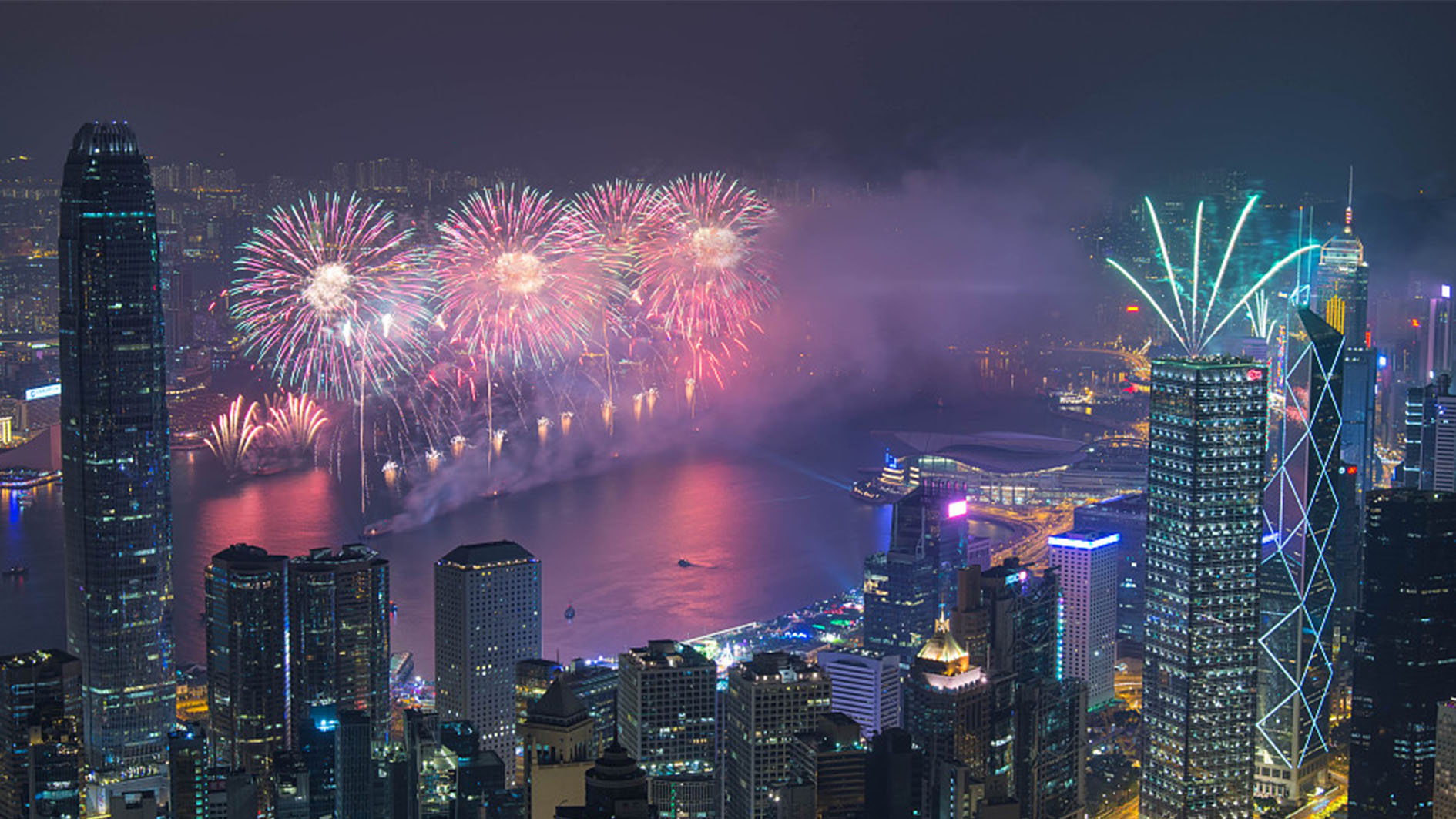 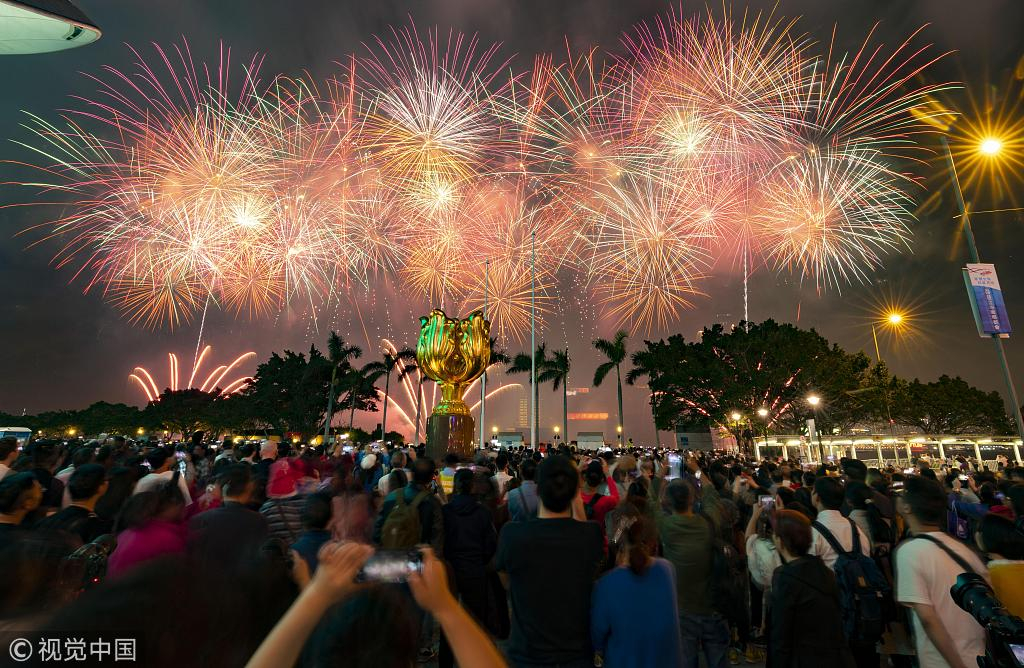 A total of 23,888 fireworks lightened up the sky during the 23-minute show. In one scene, a lot of fireworks went across the harbor with a racing speed effect, as if playing hide-and-seek.
"The scene symbolizes that we should set our goals for the new year and work hard towards goals with faith. Eventually, we will achieve the targets," said Wilson Mao, CEO of a multi-media production company which designed the fireworks show. 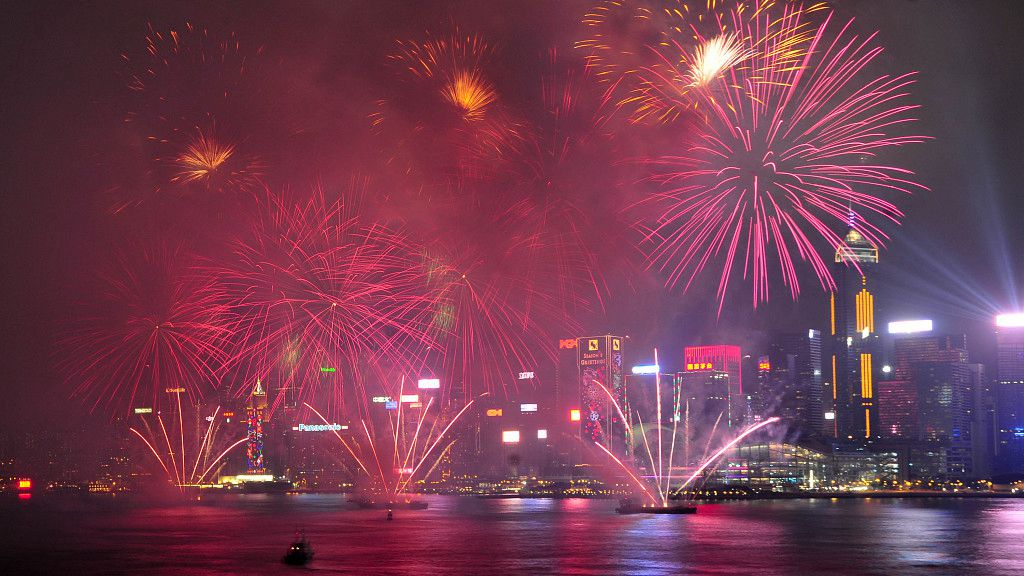 Another scene echoed the approaching Valentine's Day. It displayed miscellaneous shades of strobes and waterfall-like movements to create heart-thumping effects and send blessings of everlasting love bond.
In the last scene, dazzling fireworks filled the sky with high intensity and lasted for 25 seconds, bringing the show to an end. 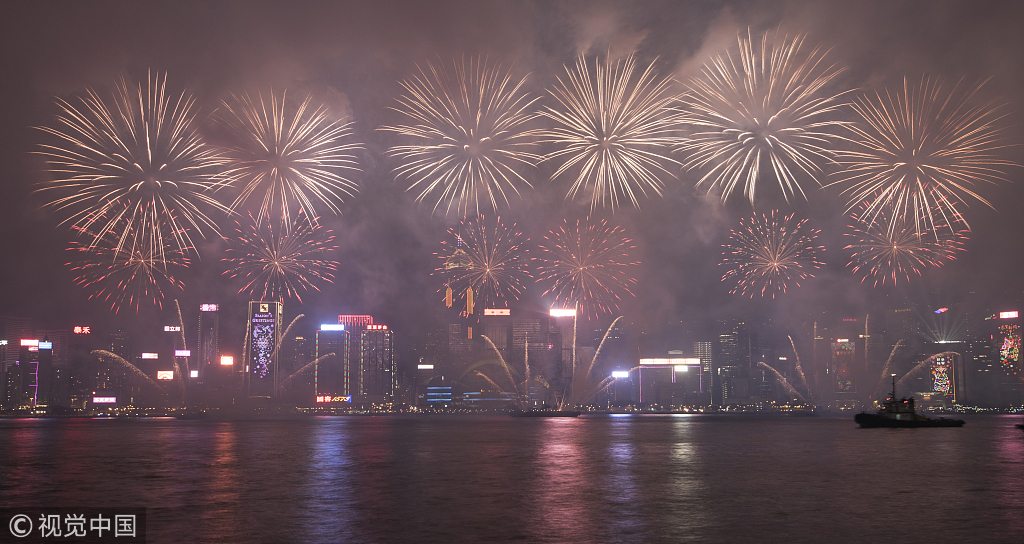