Opinion: eSports is a highlight of the 2018 Asian Games
Andy Mok 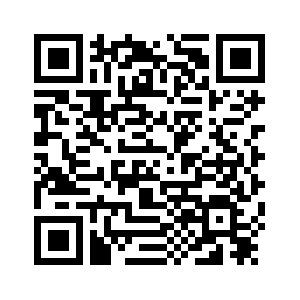 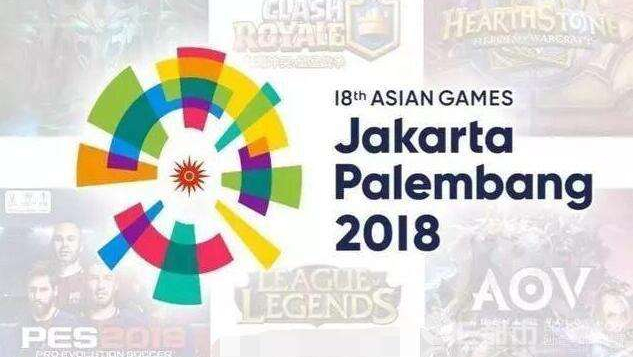 Editor's note: Andy Mok is the Managing Director of Red Pagoda Resource. The article reflects the author's opinion, and not necessarily the views of CGTN.
The Asian Games are the second largest multi-sport event after the Olympic Games. The 18th edition taking place in Jakarta and Palembang in Indonesia from Aug. 18 to Sept. 2 has all 45 members of the Olympic Council of Asia -- totaling more than 10,000 athletes -- participating in sports ranging from archery to Wushu (martial arts).
This edition of the Asian Games marks not only the first time that the event is co-hosted by two cities but also where eSports will be represented as a demonstration sport.
It is expected that eSports will graduate to a full-fledged medal event at the 19th edition in east China's Hangzhou in 2022. 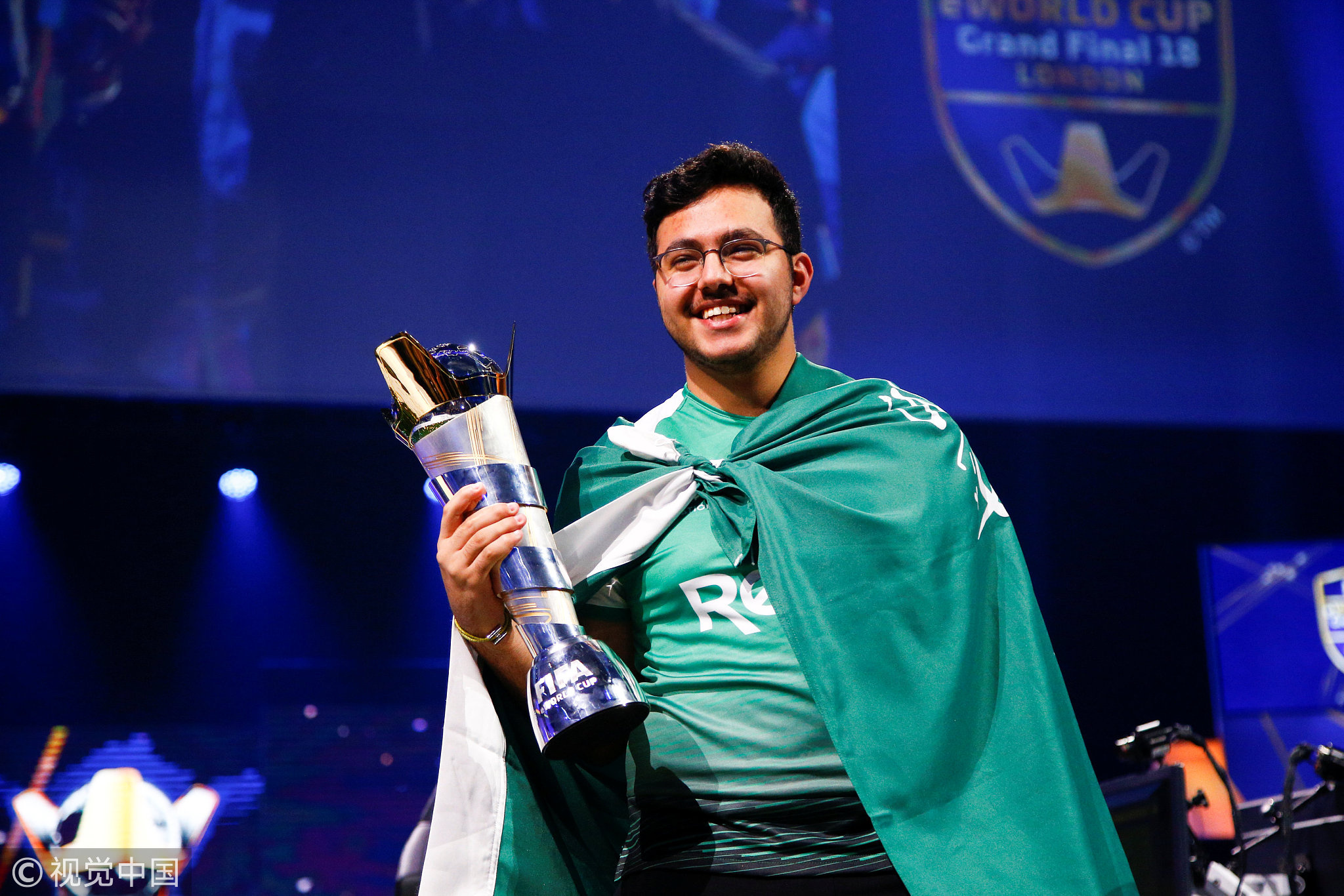 Mosaad 'MSDossary' Aldossary of Saudia Arabia celebrates after defeating Stefano 'Pinna' Pinna of Belgium in the final of the FIFA eWorld Cup 2018 at The O2 Arena in London, UK, on August 4, 2018./VCG Photo

Mosaad 'MSDossary' Aldossary of Saudia Arabia celebrates after defeating Stefano 'Pinna' Pinna of Belgium in the final of the FIFA eWorld Cup 2018 at The O2 Arena in London, UK, on August 4, 2018./VCG Photo

Many people may think of video games as just a hobby -- and a time-wasting one at that. But in fact, certain games have acquired a depth and complexity that require discipline and focus as well as extensive mental and physical training to master. In particular, the genre of multiplayer online battle arena (MOBA) games, which typically consist of two opposing teams of five players (like basketball), also demands strategy, teamwork, and cooperation to win.
MOBA games such as League of Legends, Dota 2, and Heroes of the Storm have become some of the most popular games in the world. For example, League of Legends, which was launched in 2009 by Riot Games, reached 100 million monthly active users (MAU) in 2016 while Dota 2 reached a peak of 1.2 million concurrent players. 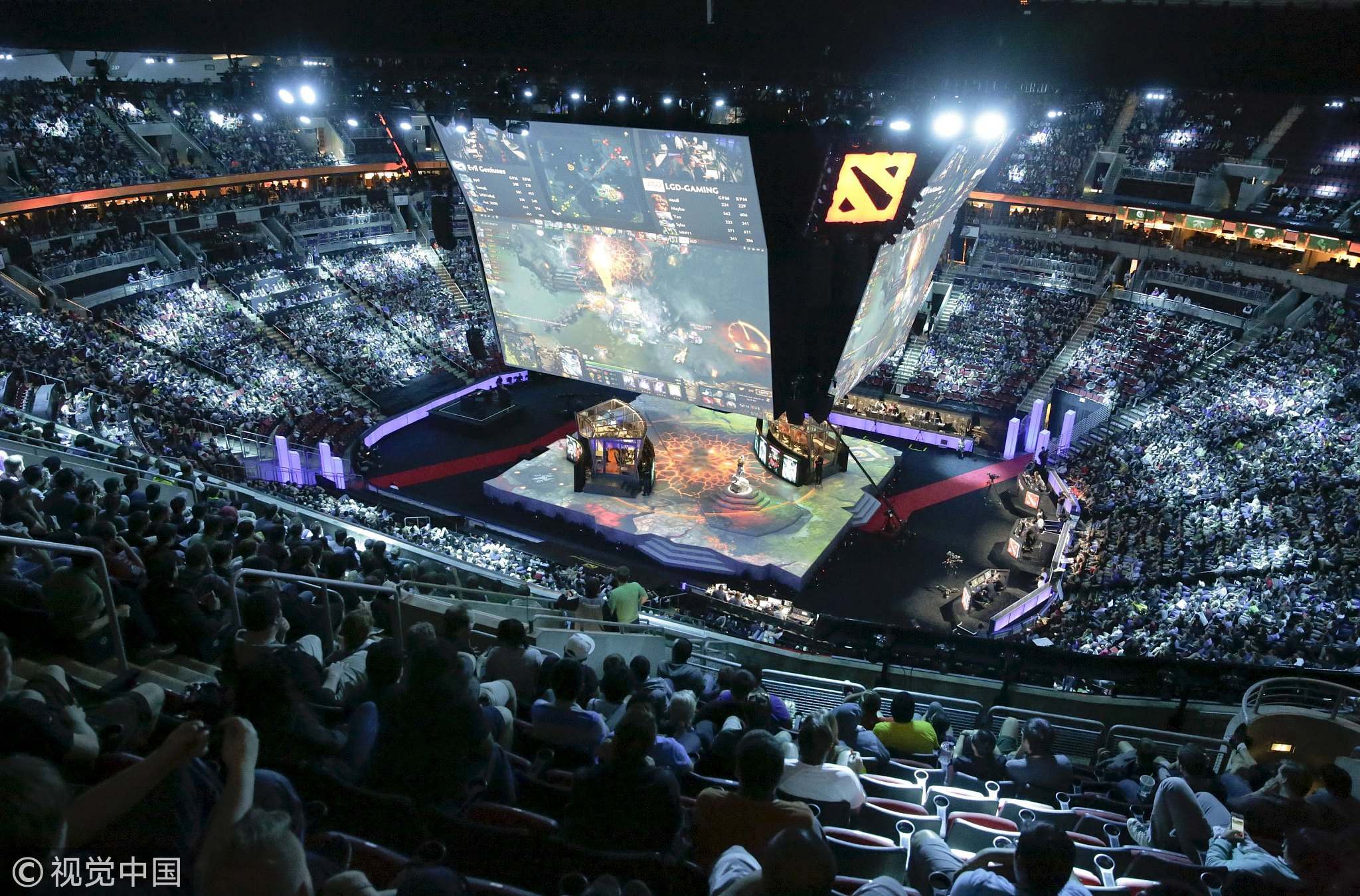 Fans watch a competition during The International Dota 2 Championships at Key Arena in Seattle, US state of Washington, on August 8, 2015./VCG Photo

Fans watch a competition during The International Dota 2 Championships at Key Arena in Seattle, US state of Washington, on August 8, 2015./VCG Photo

Playing has caught on like wildfire. But watching MOBA competitions has also gained traction in the past few years.
According to Inc., an American magazine focused on fast-growing businesses, young gamers (ages 18-25) worldwide spend an average of 3 hours and 25 minutes each week watching other people play video games online, which is nearly an hour more than the 2 hours and 33 minutes they spend watching traditional sports. By 2015, Twitch.tv, a live video streaming platform dedicated to online video gaming, boasted 1.5 million broadcasters and 100 million viewers per month.
The combination of a large number of players and increasing interest in watching has given rise to the eSports phenomenon, where the best players can earn enough to devote themselves to playing video games full time. For example, players of Dota 2 have been awarded a total of 144 million US dollars in prize money while Counter-Strike: Global Offensive and League of Legend players garnered 59 million US dollars and 54 million US dollars, respectively.
The popularity of eSports is undeniable. Most analysts covering the worlds of technology, media and entertainment agree that this explosive growth will continue. But is online video gaming a sport?
Traditionalists may argue that it is not. When ESPN3 streamed the world championships of Dota 2 in front of 17,000-plus fans at KeyArena in Seattle, ESPN President John Skipper said at the time, “It’s not a sport — it’s a competition. Chess is a competition. Checkers is a competition. Mostly, I’m interested in doing real sports.”
However, this may just reflect a generational difference, just as earlier generations denied that rock and roll and hip-hop were really music. In a sign of the times, the US government has granted the same travel visas to eSport players that it offers professional athletes.
With many of the world’s top eSports players coming from China and South Korea, eSports at the Asian Games is a sport worth watching.