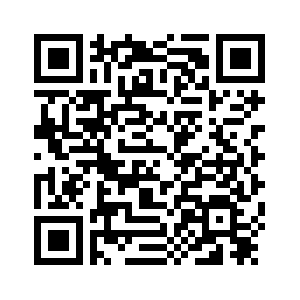 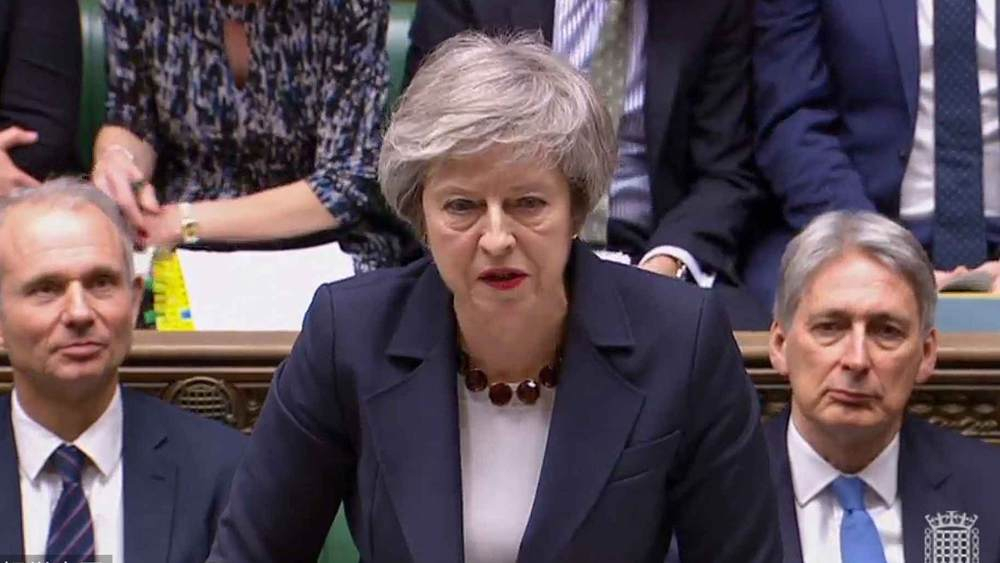 British Prime Minister Theresa May suffered an early defeat to her Brexit plans on Wednesday when parliament demanded the government come up with a plan B within days if she loses a vote on her deal to leave the European Union.
With less than three months before Britain is due to quit the EU, parliament began a five-day battle over May's Brexit plan with a show of force – undermining her preferred timetable if lawmakers vote down her blueprint next Tuesday.
May has so far refused to retreat from her unpopular deal, which envisages close trading ties with the EU, but without any say on policy as Britain has now, after leaving in March. Instead, she has pressed ahead with a vote she looks set to lose after failing to win over her nominal Northern Irish allies.
Lawmakers voted 308-297 on Wednesday in favor of demanding the government come up with an alternative plan within three working days after the Jan. 15 vote, rather than a planned 21-day limit. 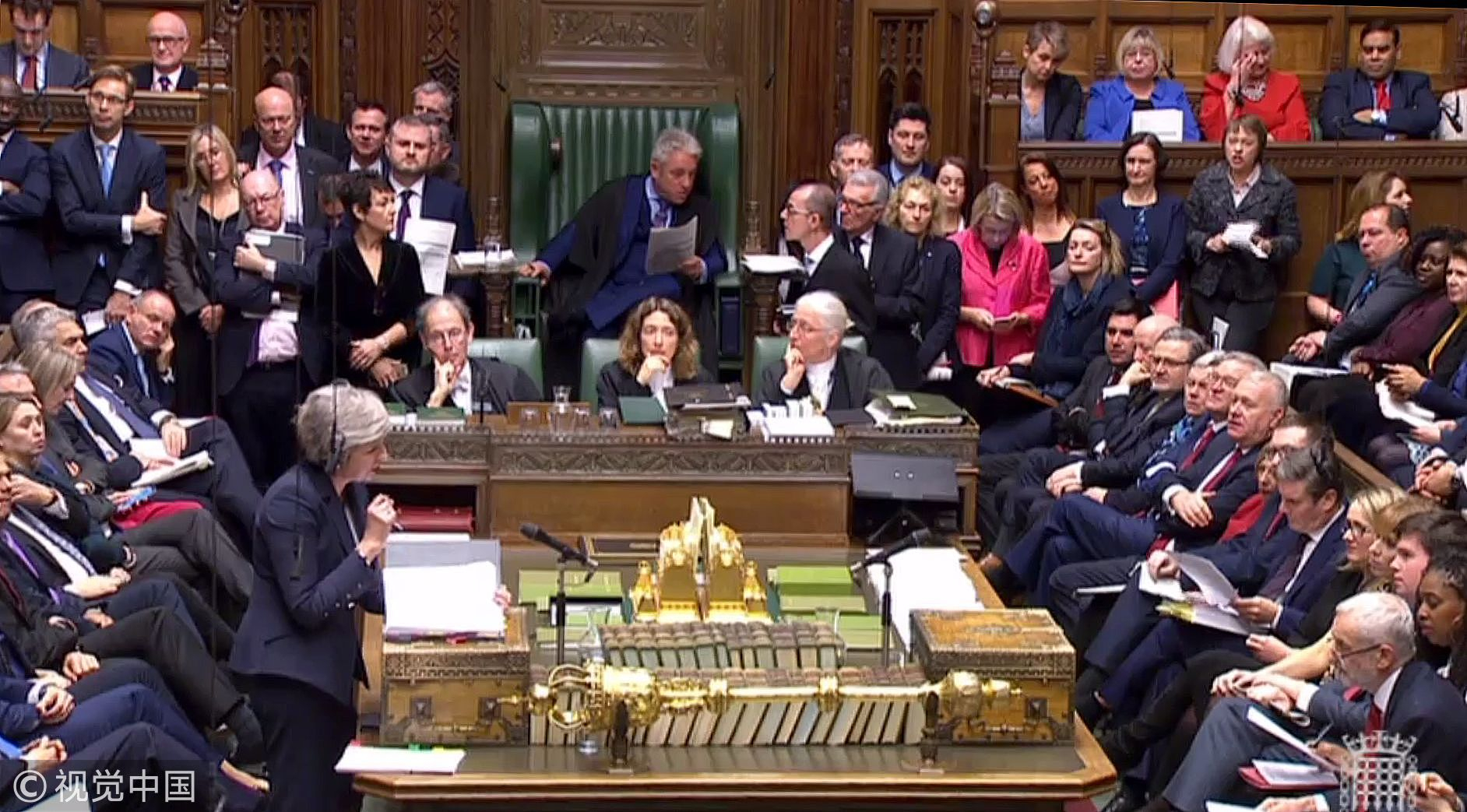 A video grab from the footage broadcast by the UK Parliament's Parliamentary Recording Unit (PRU) Britain's Prime Minister Theresa May as she stands and speaks during the weekly Prime Minister's Questions (PMQs) in the House of Commons in London, UK, January 9, 2019. /VCG Photo

A video grab from the footage broadcast by the UK Parliament's Parliamentary Recording Unit (PRU) Britain's Prime Minister Theresa May as she stands and speaks during the weekly Prime Minister's Questions (PMQs) in the House of Commons in London, UK, January 9, 2019. /VCG Photo

Combined with a vote late on Tuesday when the government lost on the finance bill, the defeats underline May's precarious position in parliament.
The opposition Labour Party said it will call for a vote of no confidence in the government if May loses on January 15. One of Labour's top policy team said this would take place immediately, but a spokesman said the timing would be decided as events unfold.

With the likelihood of a disruptive “no-deal” Brexit rising, the EU is looking at how Brexit might be postponed, and pro-EU campaigners are testing ways Britain could hold another referendum after voters narrowly backed leaving in 2016.
Keir Starmer, Labour's Brexit policy chief, suggested Britain might not leave on March 29 as planned and raised the prospect of extending Article 50, which triggered two years of talks to leave the EU.
"There is a question of extension of Article 50 and that may well be inevitable now given the position that we are in, but of course we can only seek it because the other 27 (member states) have to agree," he said.
Labour's spokesman earlier said the party was not seeking an extension to Article 50.
Earlier on Wednesday, May called on parliament to back her deal, suggesting she was confident of securing further assurances from the EU to ease their concerns and offering Northern Ireland more control over the "backstop" arrangement to prevent the return of a hard border with EU member Ireland. 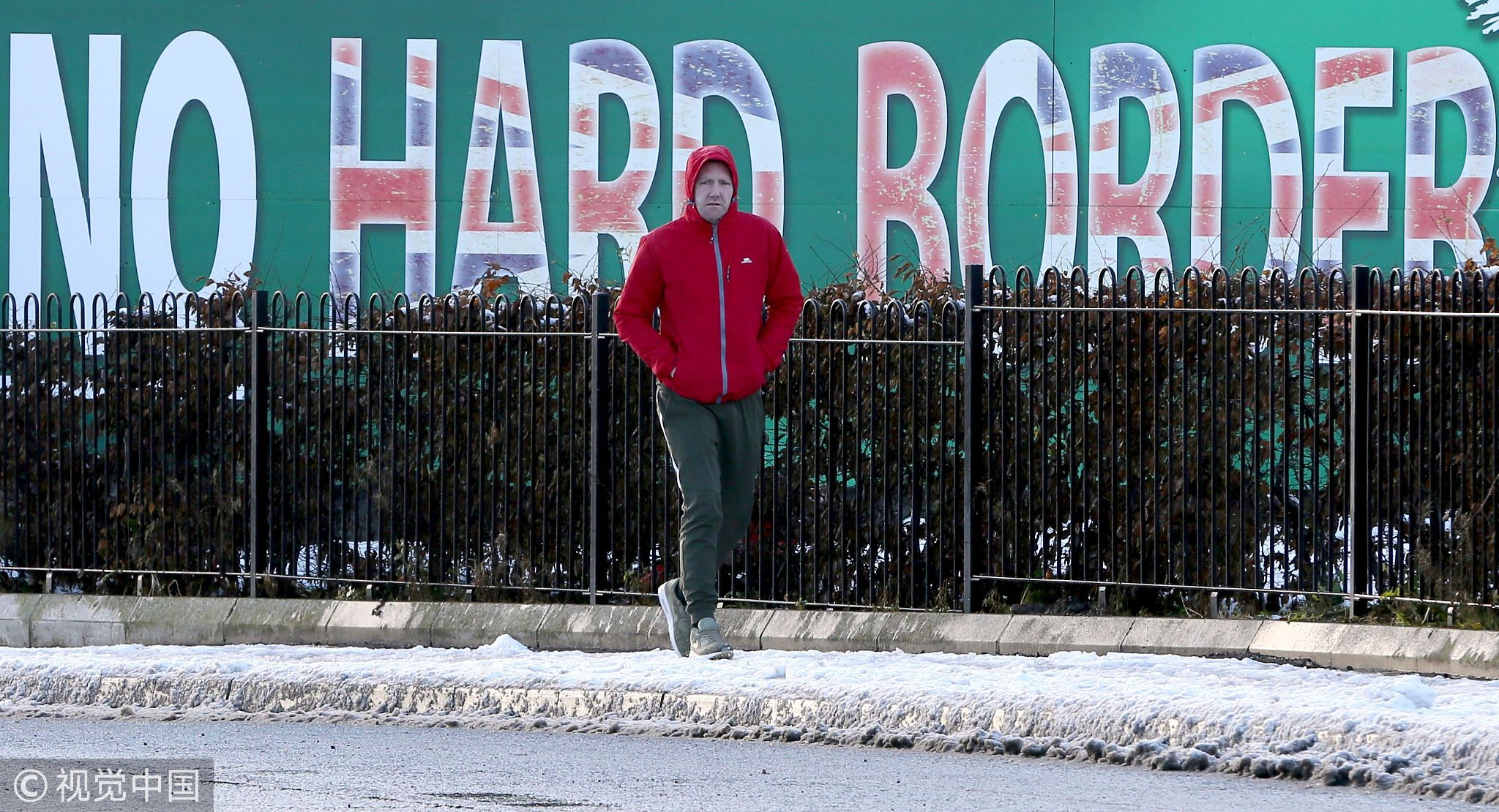 The government also offered a concession to Northern Ireland's Democratic Unionist Party, saying the British province would have "a strong role" in any decision between triggering the backstop or extending a transition period if a future relationship with the EU is not in place by December 2020.
It also said it would accept a change to its Brexit plans which, if passed, would mean that parliament would have the chance to express its disapproval about entering the backstop, if the need to do so arose, without compromising the deal.
The suggestions did little to win over the DUP. Sammy Wilson, the party's Brexit spokesman, said: "The only thing which could swing the DUP round is if the backstop as it applies to the United Kingdom as a whole or to Northern Ireland specifically were removed from this agreement."
(Top image: Britain's Prime Minister Theresa May speaks during the weekly Prime Minister's Questions in the House of Commons in London, January 9, 2019. /VCG photo)
Source(s): Reuters