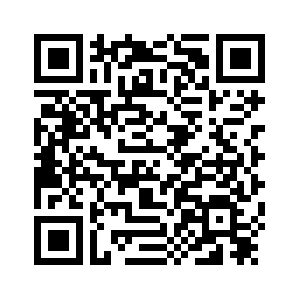 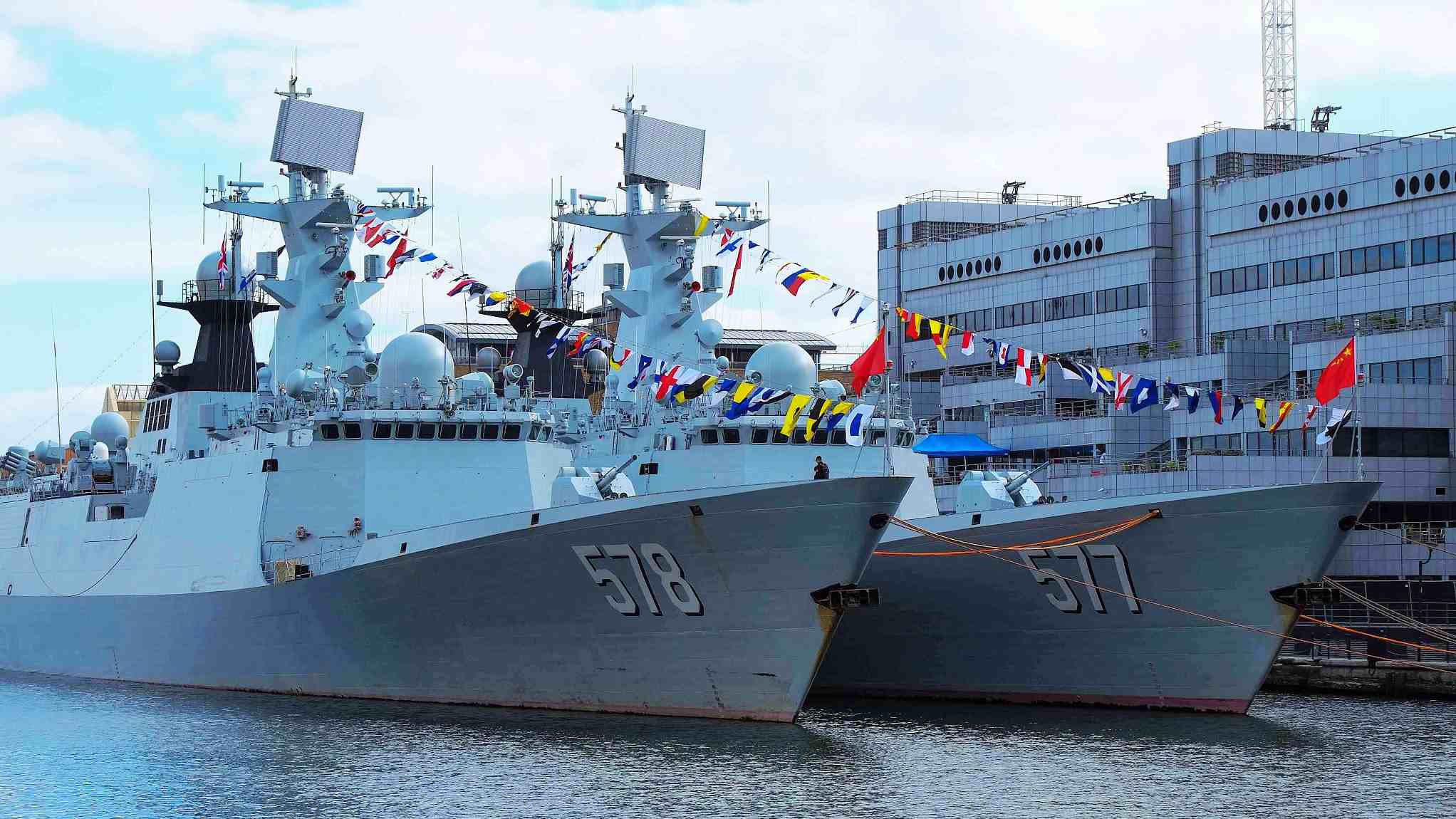 China is building a "most advanced" warship for Pakistan Navy which could "double the combat power of its fleet", China Daily reported on Wednesday citing one of the country's largest state-owned defense contractors China State Shipbuilding Corporation (CSSC) and other military sources.
The CSSC stated that the warship, currently being built at its Hudong-Zhonghua Shipyard in Shanghai, is a version of the Chinese Navy's most advanced guided missile frigate, without specifying its type. The firm added that the ship will be equipped with modern detection and weapon systems and will be capable of anti-ship, anti-submarine and air-defense operations.
Meanwhile, the Pakistan Navy in a press statement revealed the ship's class as Type 054A/P, which the China Daily report inferred to be based on Type 054A, considered the best frigate in service with China's People's Liberation Army (PLA) Navy.
"Steel cutting ceremony of first warship of Type 054 A/P Frigates Project being built for Pakistan Navy was held at Hudong-Zhonghua (HZ) Shipyard China," stated the Pakistan Navy press release dated December 20, 2018. It added that Pakistan's Vice Chief of Naval Staff, Vice Admiral Kaleem Shaukat attended the ceremony as chief guest. 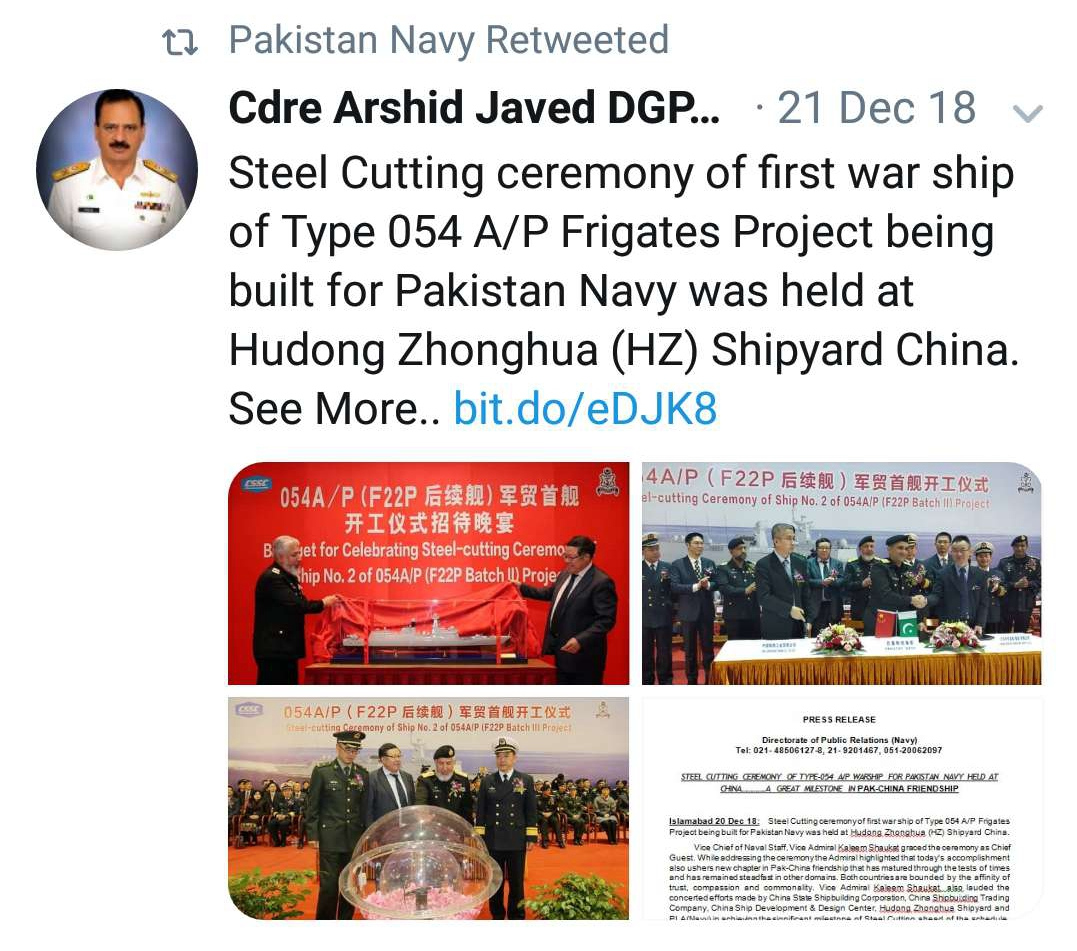 A screenshot of a tweet from Pakistan Navy sharing a press release and photos from the steel cutting ceremony for the first warship being built for its fleet by China.

A screenshot of a tweet from Pakistan Navy sharing a press release and photos from the steel cutting ceremony for the first warship being built for its fleet by China.

Read also: 'China's ties with India and Pakistan isn't a zero-sum game'
"Once constructed, the warship will be one of the largest and technologically advanced platform of Pakistan Navy which will strengthen Pakistan's capability to respond to future challenges, maintain peace and stability and balance of power in Indian Ocean Region. It will also support Pakistan Navy's initiative of securing seas for international shipping by patrolling distant waters through Regional Maritime Security Patrol," the press release stated.
China Daily reported that the Pakistani Navy had previously confirmed that four such ships had been ordered.
Citing military sources who asserted that Type 054A is the best frigate in service with the PLA Navy, China Daily said the ship has a fully loaded displacement of about 4,000 metric tons and is equipped with advanced radars and missiles. About 30 Type 054As are in service with the PLA Navy, it said quoting observers.
An insider in China's shipbuilding sector with knowledge of the Type 054AP program told China Daily on condition of anonymity that the ship is the largest and most powerful combat vessel China has ever exported.
"Based on pictures circulating on the internet, the ship will have vertical launch cells that can fire Chinese HQ-16 air-defense missiles and other kinds of missiles. Vertical launch cells will bring flexibility to the user in terms of weapons portfolio, thus giving it a stronger fighting capability," he said, adding that the Type 054A/P is the best frigate Pakistan can access in the international market.
"The service of Type 054A/Ps will double the combat power of the Pakistani Navy's surface fleet," he added. 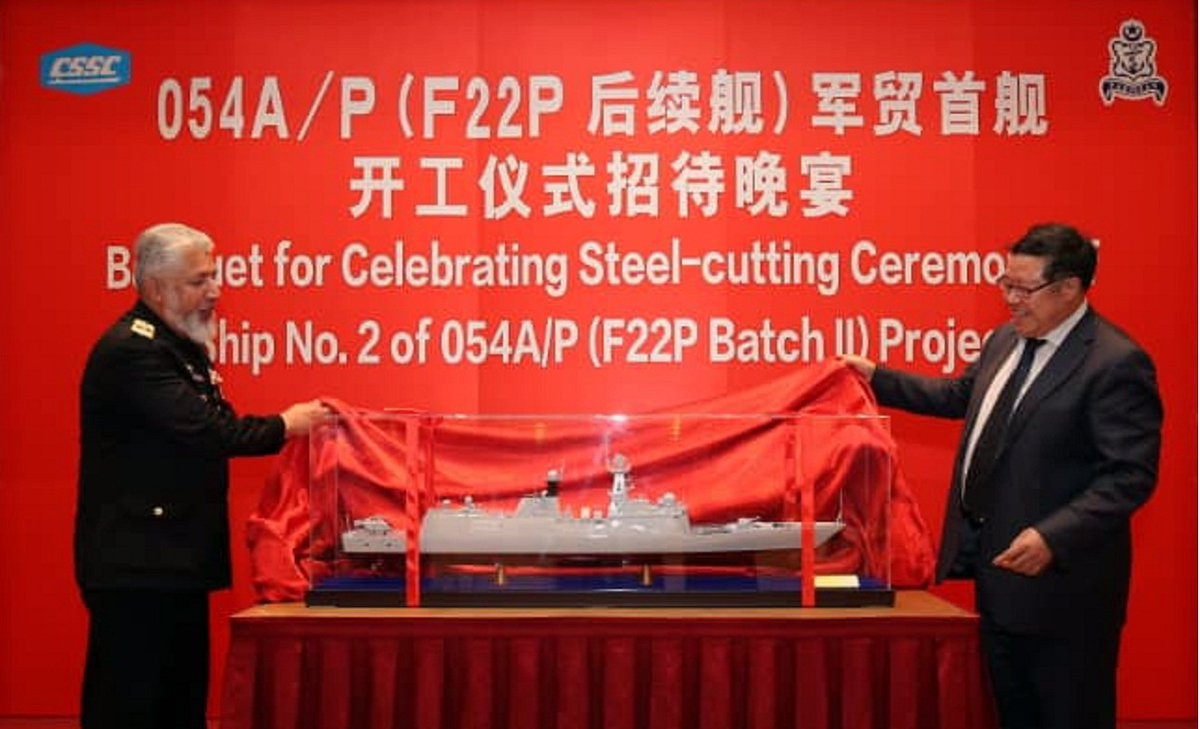 Vice Admiral Kaleem Shaukat, the Vice Chief of Pakistan's Naval Staff (left) and Qian Jianping, Vice President, China State Shipbuilding Corporation (CSSC), at the steel cutting ceremony for the first warship being built by CSSC for Pakistan Navy, at the Hudong-Zhonghua Shipyard in Shanghai, on December 20, 2018. /Photo via Pakistan Navy

Vice Admiral Kaleem Shaukat, the Vice Chief of Pakistan's Naval Staff (left) and Qian Jianping, Vice President, China State Shipbuilding Corporation (CSSC), at the steel cutting ceremony for the first warship being built by CSSC for Pakistan Navy, at the Hudong-Zhonghua Shipyard in Shanghai, on December 20, 2018. /Photo via Pakistan Navy

Read also: Pakistan seeks China's help in sending human to space by 2022
Karachi attack: Chinese citizens raise funds for families of slain Pakistani cops‍
Cao Weidong, a senior researcher at the PLA's Naval Military Studies Research Institute, told China Daily that "all weapons and radars on the new ship will be Chinese products, which reflects our progress in the industry and the Pakistani Navy's confidence in our technology and capability."
Zoon Ahmed Khan, a visiting fellow at the Institute of Belt and Road Initiative, Tsinghua University, Beijing, concurred with Cao. "Before China, Pakistan was mainly importing military technology and weaponry from the US, and now as relations with China are deepening and China is becoming more technologically advanced, Pakistan has been able to shift to China," she told CGTN Digital.
"Moreover, Pakistan wanting to modernize its military hardware and technology is nothing unusual, in a region that has seen dramatic military expenditure increase in recent years and India's recent S-400 [air defense system] deal with Russia. This purchase can fill a critical gap in Pakistan's existing capabilities," Khan added, citing the recent 5-billion-U.S.-dollar defense deal between Russia and India.
Meanwhile, China's Foreign Ministry on Wednesday underscored the "all-weather strategic partnership" between Beijing and Islamabad amid reports that China has offered aid of 2 billion U.S. dollars to Pakistan to shore up its foreign reserves.
"China and Pakistan are all-weather strategic partners of cooperation. The Chinese side has offered and will continue to offer its best through assistance, trade, investment and all-around practical cooperation to support and boost Pakistan's economic and social development," Chinese Foreign Ministry Spokesperson Lu Kang stressed in response to a question, but refrained from mentioning an exact amount as reported by the international media.
(Cover Photo: Two Chinese Navy Ships Huanggang (577) and Yangzhou (588) in West India Dock, London, on October 3, 2017. Both of the new frigates are part of the East China Sea Fleet and belong to the Type 054A missile frigate family developed and built by China. /VCG Photo)
1069km