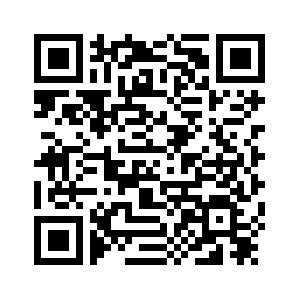 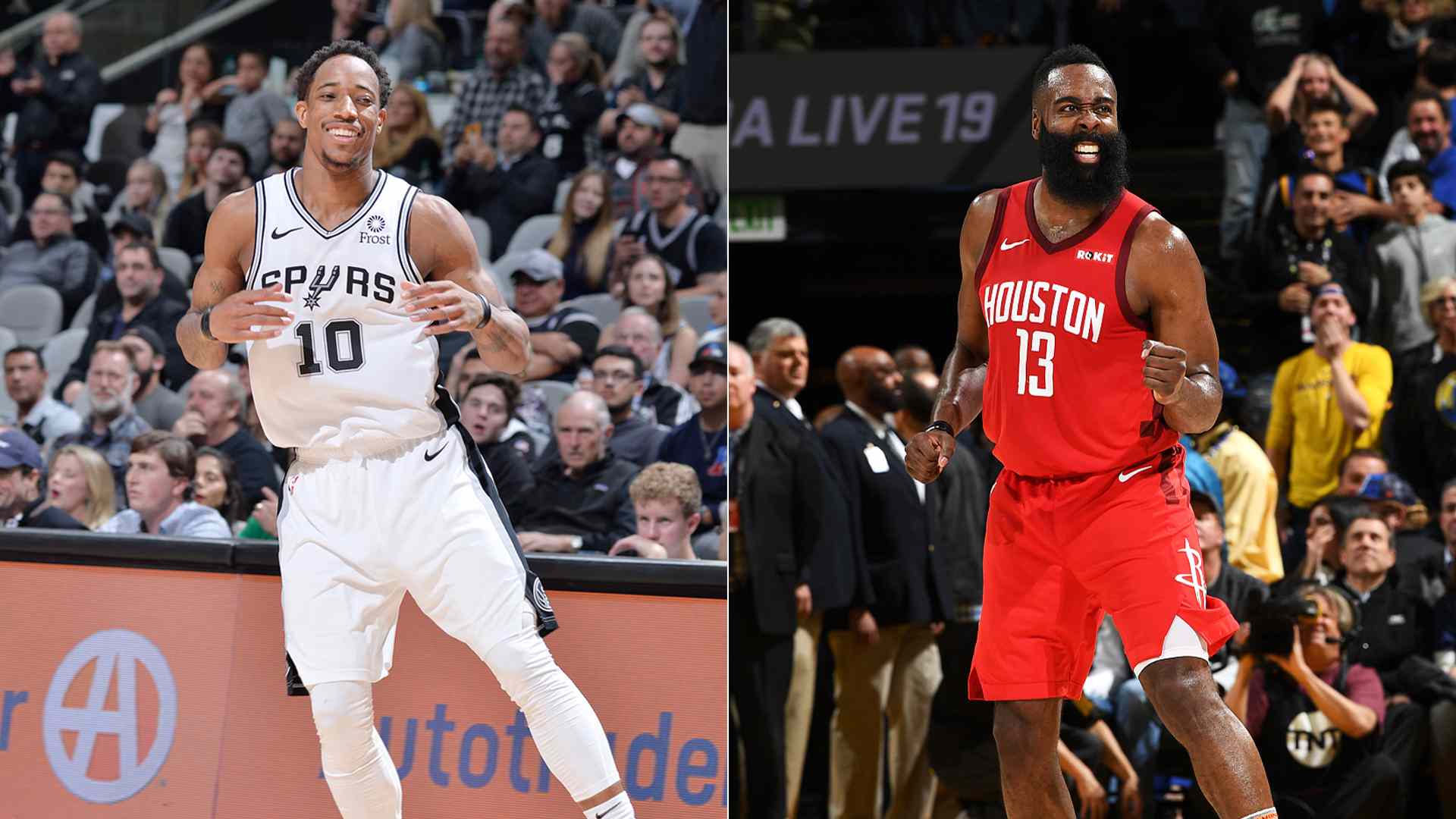 Two eye-catching 2018-19 NBA regular season games happened on Thursday: Kawhi Leonard came back to the AT&T Center for the first time since joining the Toronto Raptors but witnessed a big loss against the San Antonio Spurs 107-125. The Golden State Warriors lost to the Houston Rockets 134-135 at home thanks to a last-second three-pointer by James Harden in overtime. 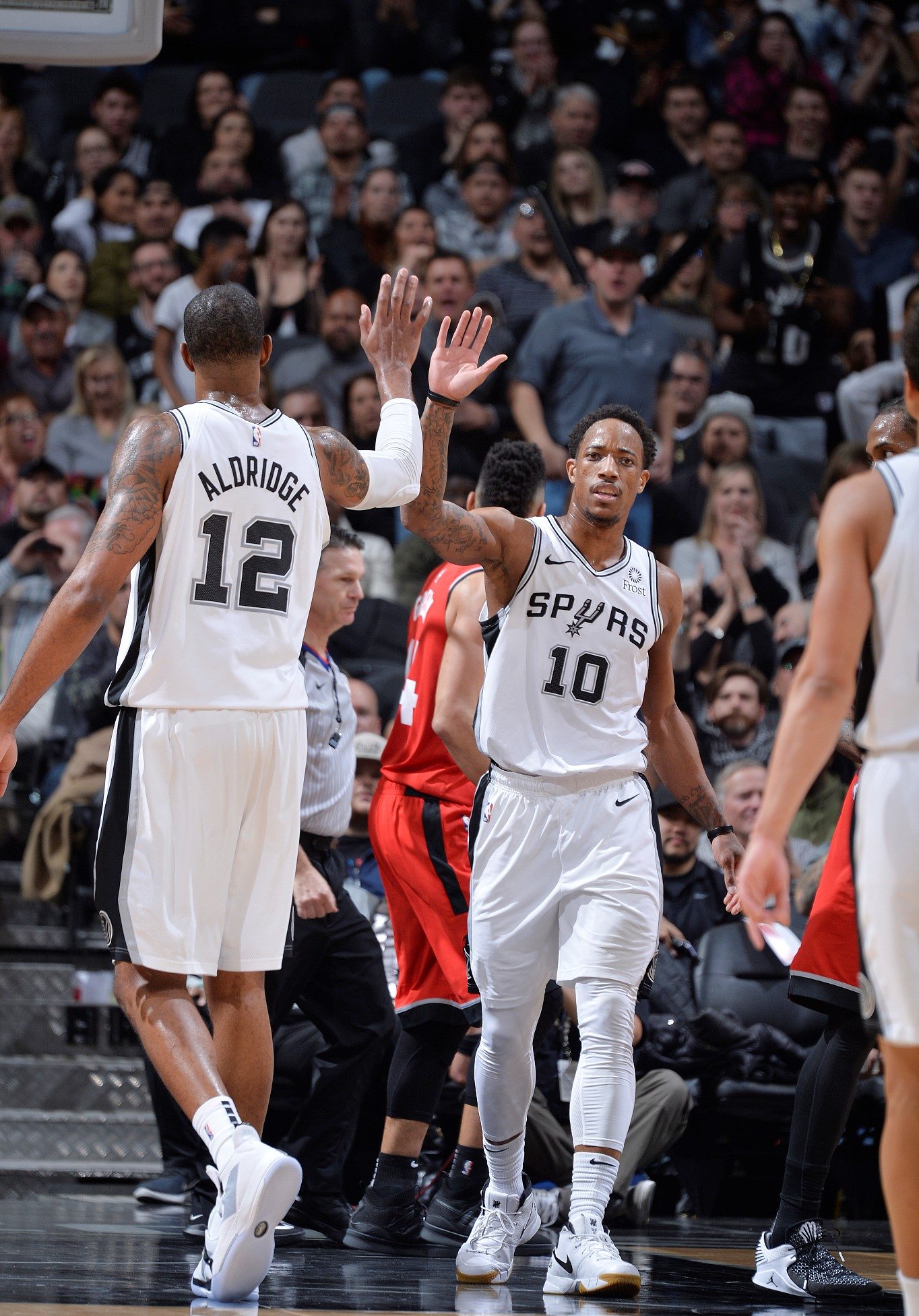 DeMar DeRozan #10 and LaMarcus Aldridge #12 of the San Antonio Spurs give high-five to each other. /VCG Photo

DeMar DeRozan #10 and LaMarcus Aldridge #12 of the San Antonio Spurs give high-five to each other. /VCG Photo 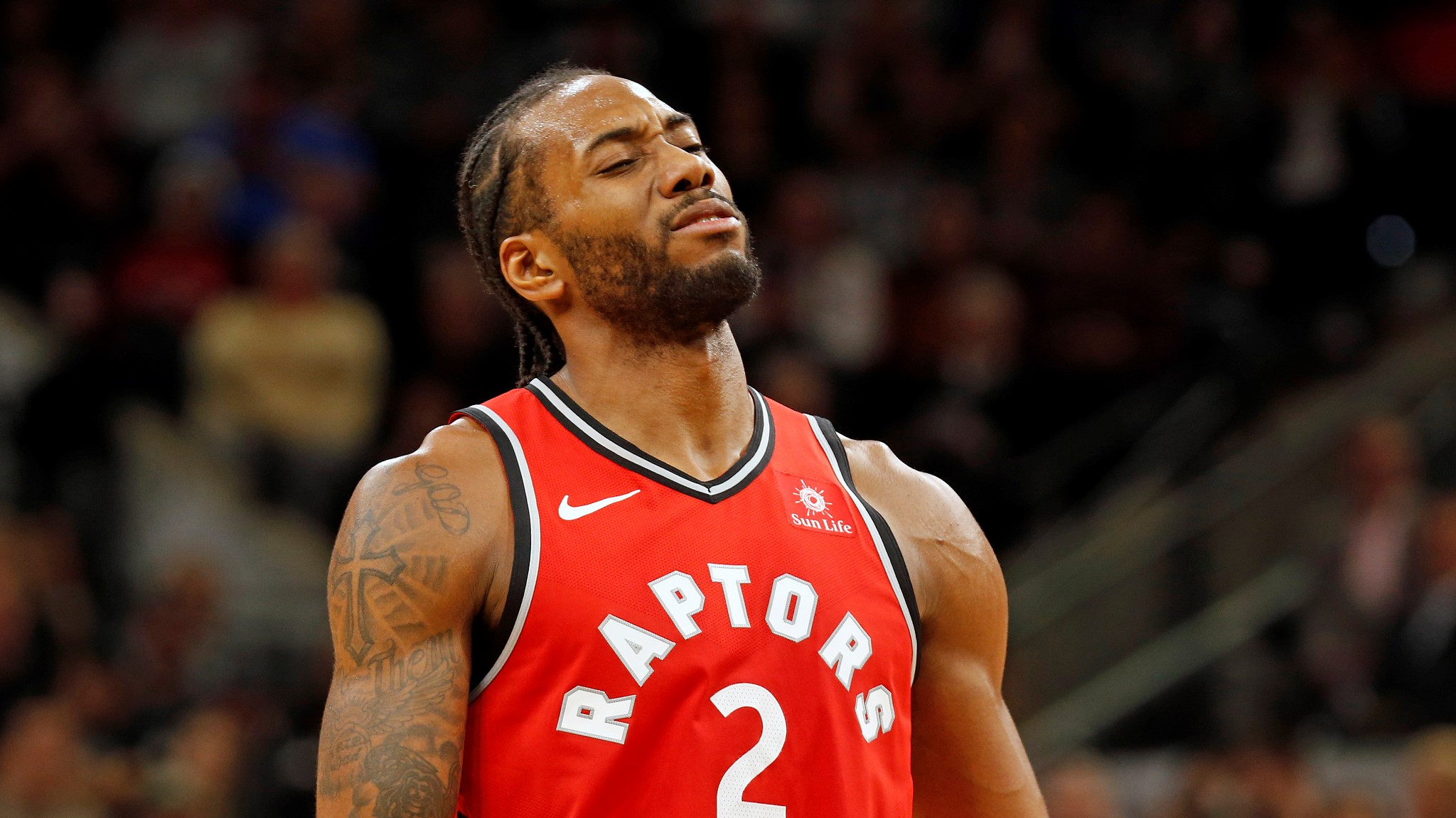 Kawhi Leonard of the Toronto Raptors reacts after missing a fouled shot in the game. /VCG Photo

Kawhi Leonard of the Toronto Raptors reacts after missing a fouled shot in the game. /VCG Photo

As expected, home fans of the Spurs prepared more than enough boos for Leonard and did not hesitate to serve them when ever the 2014 FMVP dribbled. In response, Leonard became so emotional in the first quarter that he seemed unable to see anything else except the rival's basket.
Though he made his first shot (and missed the accompanying free throw), his obsession with scoring by himself was obvious enough for San Antonio to anticipate and stop him in defense.
In offense, the Spurs followed their usual way of moving the ball and making extra passes. Their efforts paid off well as the home team led not only in scoring (38-19), but also in assists (13-4) after the first quarter.
Moreover, playing smart was not the only reason behind San Antonio's advantage. Aldridge was unstoppable no matter who Toronto put in front of him - he's too big for Ibaka when he posted up and too quick for Monroe to catch up. 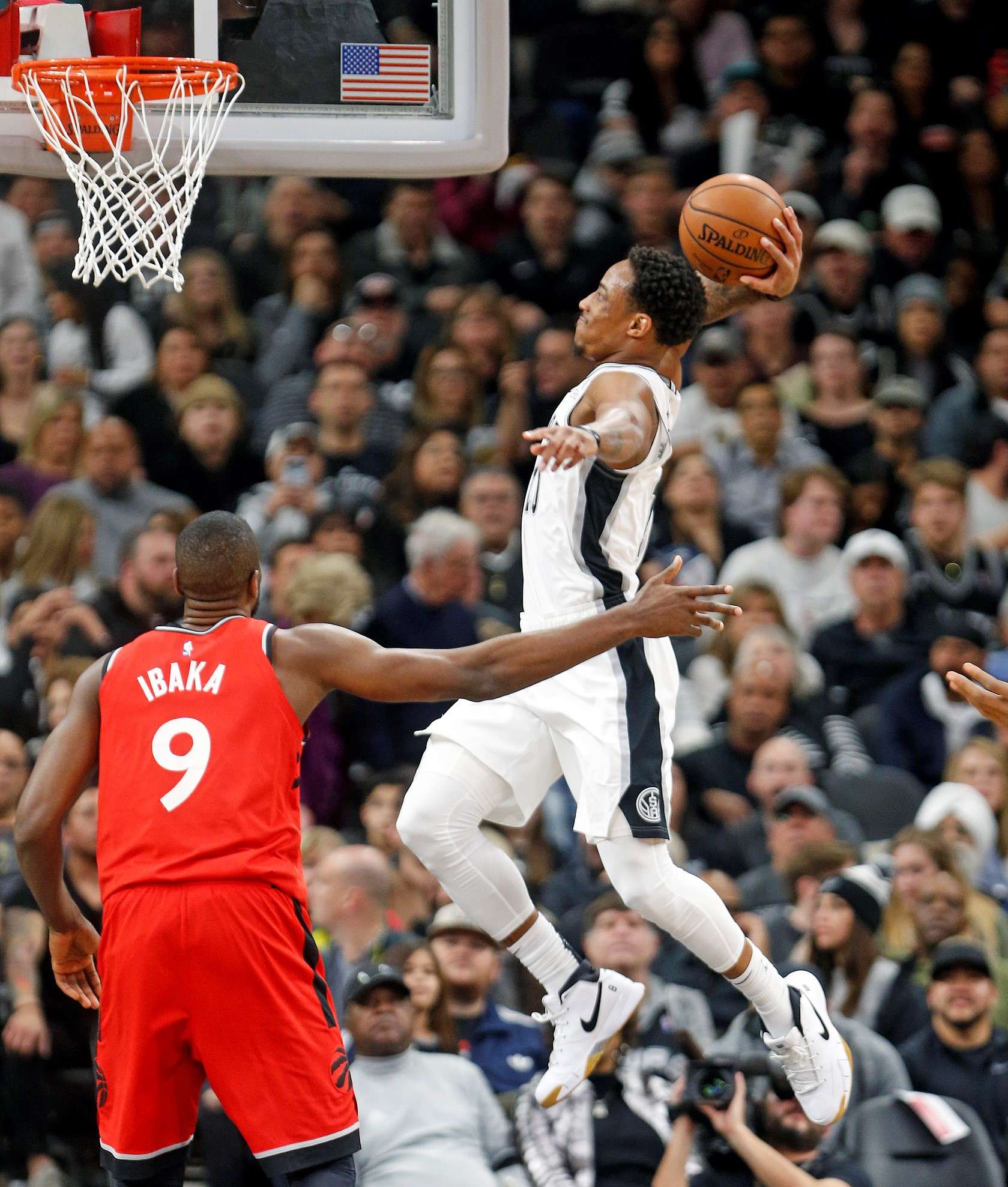 DeRozan (R) of the Spurs dunks in the game. /VCG Photo

DeRozan (R) of the Spurs dunks in the game. /VCG Photo

And then there's DeRozan. When most people wanted to find out how Leonard would perform against his old teammates, they forgot that DeRozan, who was traded by the Raptors in 2018 summer without even a notice had the biggest beef with the Canadian team. Having dropped 19 points, 10 rebounds and five assists in the first half alone, DeRozan destroyed Toronto's defense with his fast break and his signature perimeter shooting.
Though the Raptors realized their mistake soon and started to play in the correct way from the second quarter, the 19-point trail at the beginning was simply too large to narrow down. Besides, every time they came within 15 points, the Spurs always managed to make consecutive three-pointers to put their lead back to 20+ points. In the end, Toronto had to accept their 12th loss of the season. 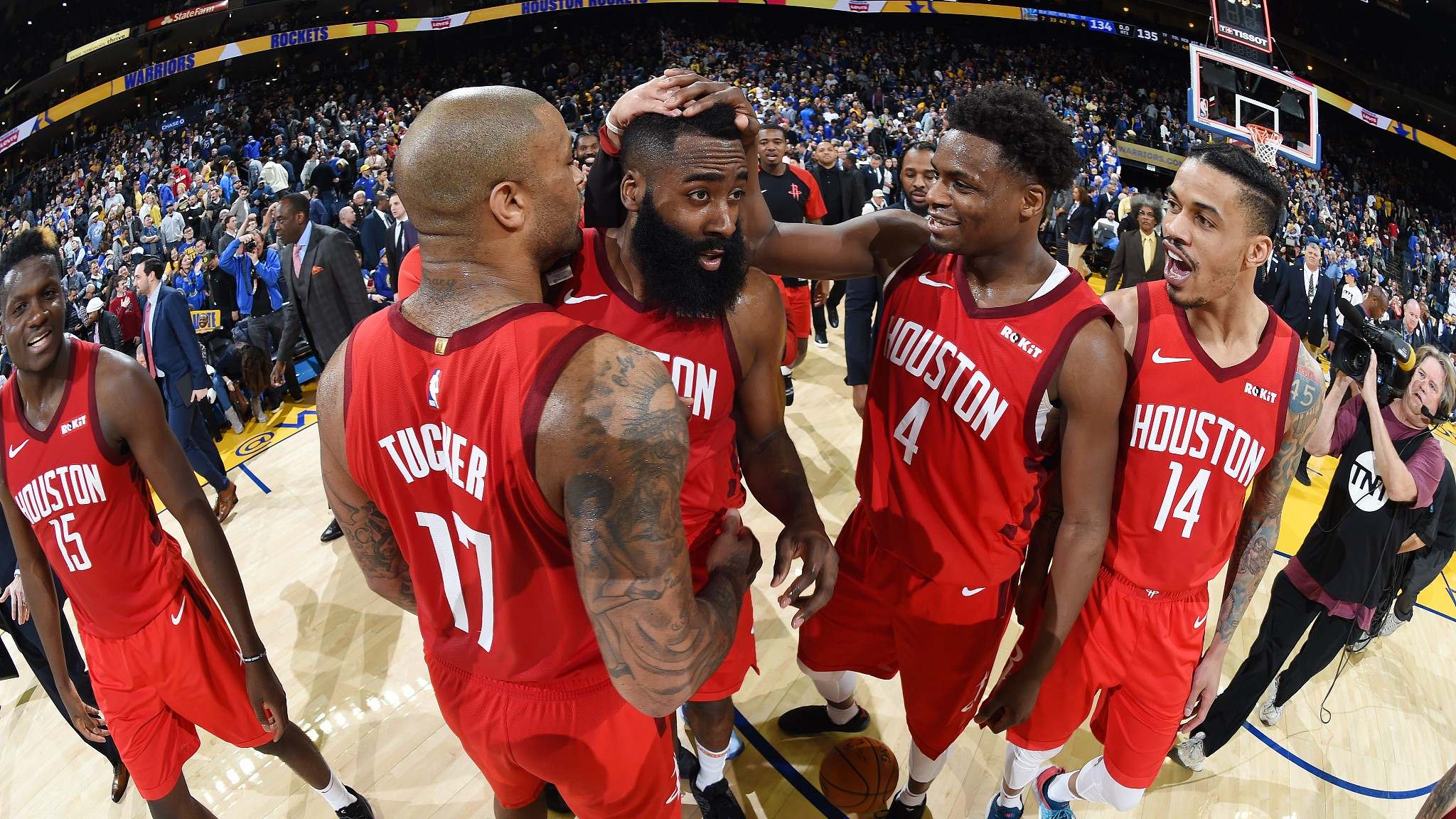 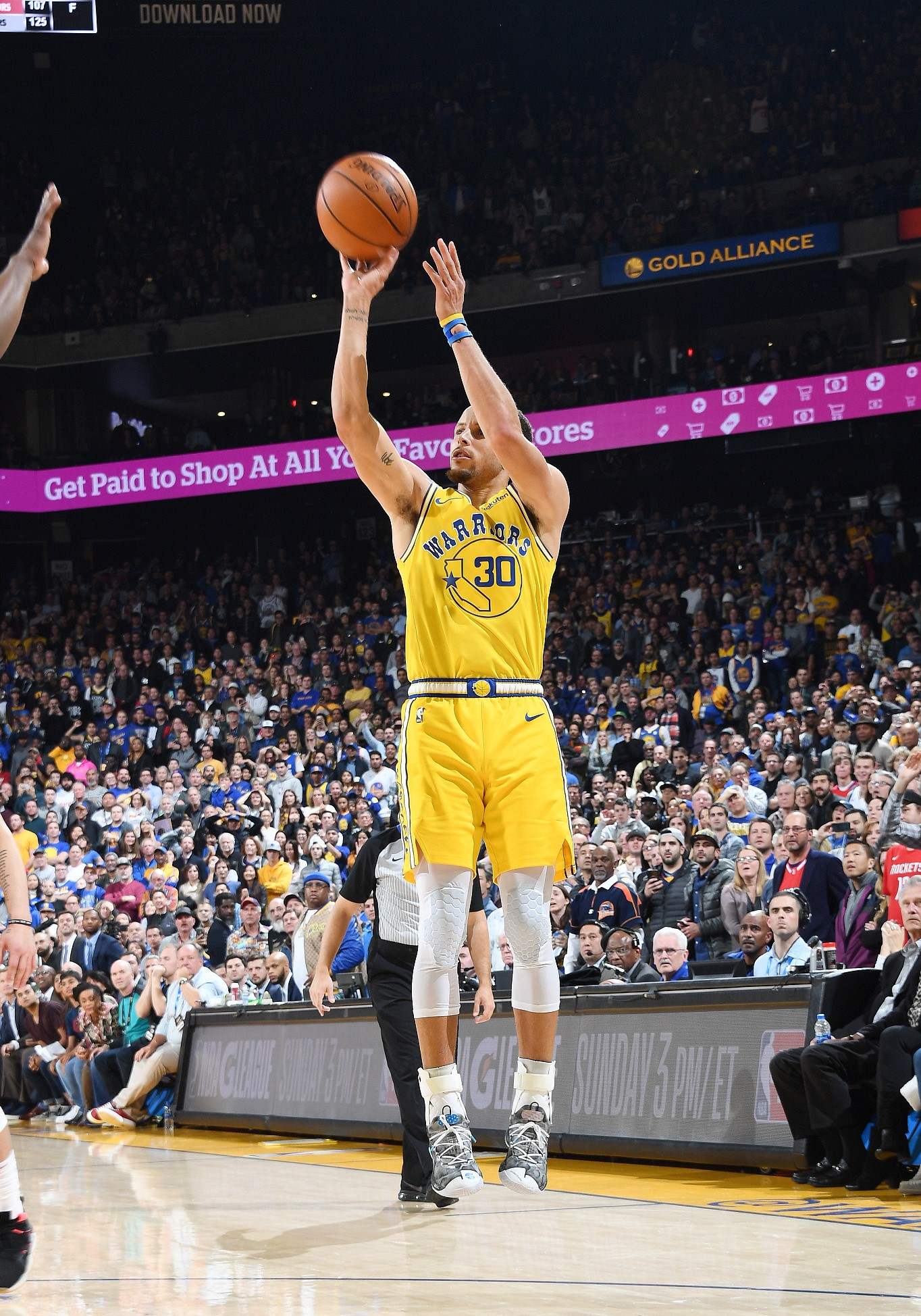 Stephen Curry of the Golden State Warriors shoots a three-pointer in the game. /VCG Photo

Stephen Curry of the Golden State Warriors shoots a three-pointer in the game. /VCG Photo

The Warriors held an advantage in the game from the beginning as they had basically their complete franchise while the Rockets lacked not only Chris Paul, but also Eric Gordon - the team's No.2 and No.3 scorers. The defending champion also chose the right tactics in defense: They sent one player to keep close to Harden, trying to stop his 3-pt shooting. When Harden penetrated, the help only came when Harden passed the free-throw line, making it difficult either to attack the rim or pass the ball outside to find open teammates.
By contrast, the Rockets almost send no help in defense against the GSW's penetration and saw the team get away with easy two points for multiple times. Thanks to the above choices by the two sides, Golden State led 70-53.
From the third quarter, the Warriors began to lose focus on the game, like they always have this season. Their help and switch in defense started to slow down while their passes and positioning in defense began to drop. Meanwhile, Houston's players did not waste their chances from the 3-pt line and kept sinking those shots, gradually tying the score. 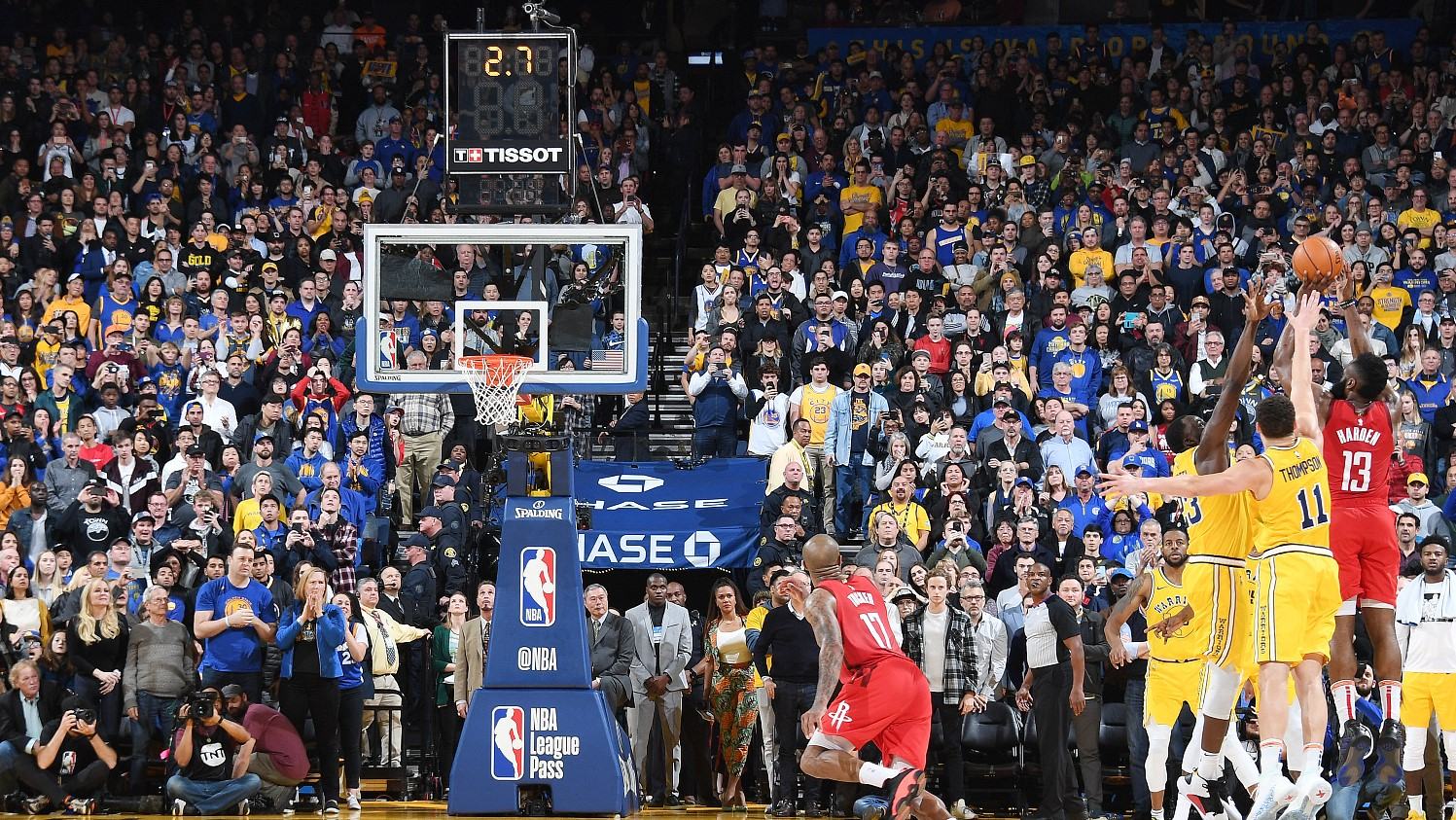 Harden #13 of the Rockets shoots the game-winning three-pointer in overtime. /VCG Photo

Harden #13 of the Rockets shoots the game-winning three-pointer in overtime. /VCG Photo

Most importantly, Houston had James Harden, who did way more than just making the game-winning three-pointer in OT. This was his fifth consecutive 40+ point game and the last player who did this was Kobe Bryant in March 2007. It was also Harden's ninth 35+ point game which was the third most since 1975, only next to Michael Jordon's 10 and Bryant's 13 times. Furthermore, the 40+ point triple-double was the 11th in Harden's career, tying the Russell Westbrook's record as the second most in NBA history.
The third game on Thursday was between the Denver Nuggets and the Sacramento Kings. Though Sacramento led by 13 points after the first half (66-53), Denver's Jamal Murray, who only got two points in the first two quarters visa free throws, went on fire in the second half and dropped 34 points to help his team claim victory against the Kings 117-113.