An extended Brexit will usher in new uncertainties
Zhu Zheng 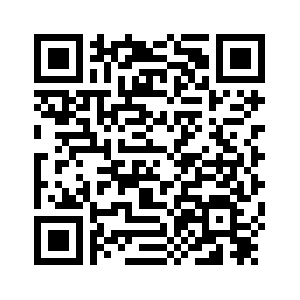 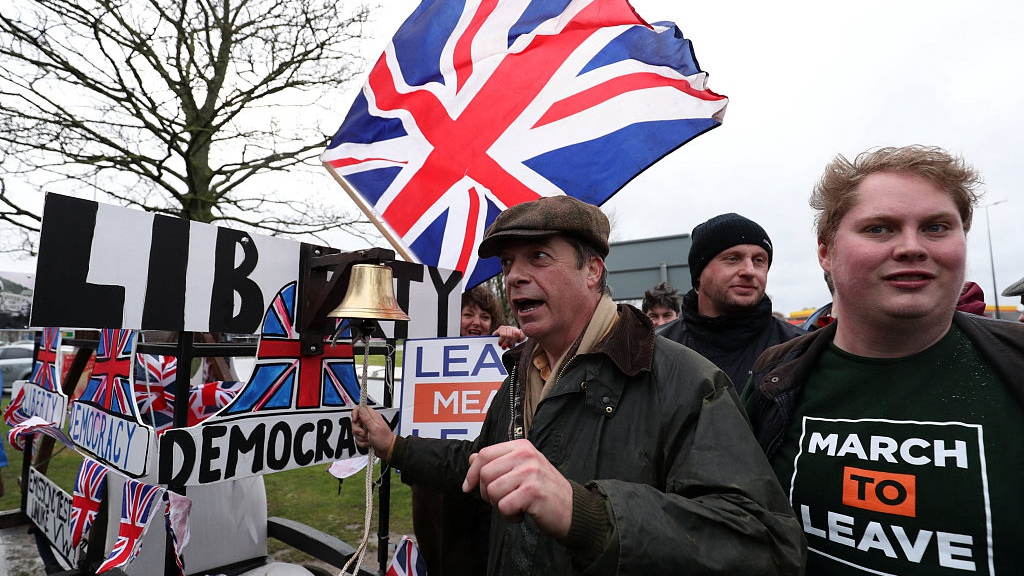 Editor's note: Zhu Zheng is an assistant professor focusing on constitutional law and politics at the China University of Political Science and Law. The article reflects the author's opinion, and not necessarily the view of CGTN.
On Thursday, the British Parliament's motion to extend Brexit was passed overwhelmingly by 413 votes to 202. It was a substantial margin victory that has been rarely seen in a series of parliamentary defeats over the past few months.
Therefore, Brexit, as believed by most commentators, is set to be delayed by at least three months, and since the no-deal exit has been taken off the table already, it follows that Theresa May is to bring back her twice-defeated Brexit deal for another vote in parliament next Tuesday. 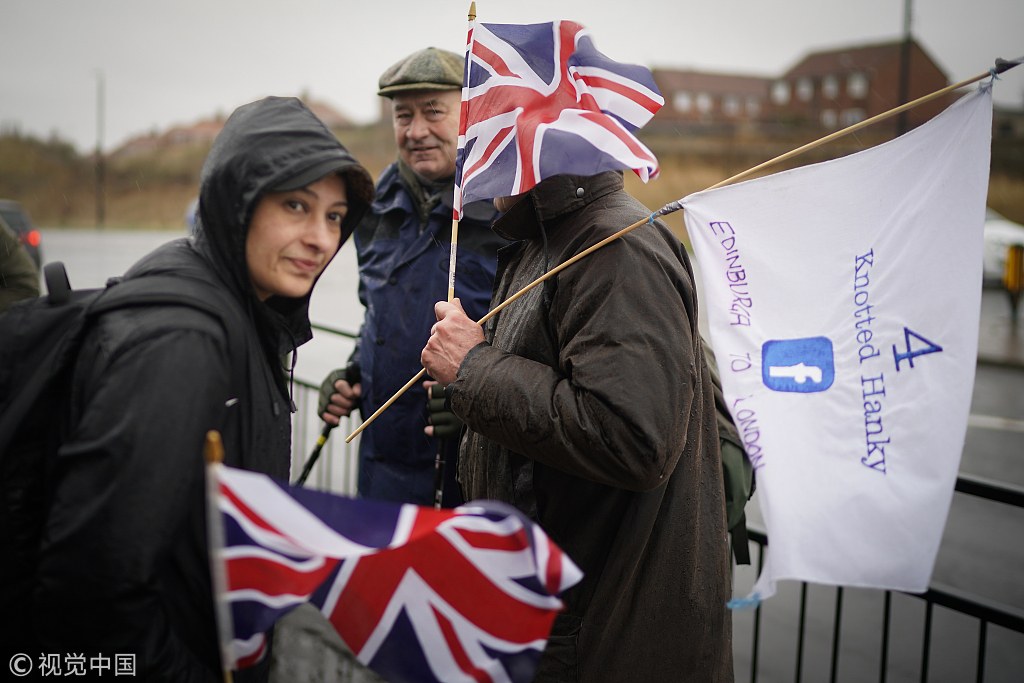 Marchers gather in Grangetown, near Sunderland, at the beginning of the March to Leave walk from the Port of Sunderland on March 16, 2019. /VCG Photo.

Marchers gather in Grangetown, near Sunderland, at the beginning of the March to Leave walk from the Port of Sunderland on March 16, 2019. /VCG Photo.

It appears that all things are finally looking up for the prime minister, and as a result of the defeat of a cross-party amendment tabled by Hilary Benn, a Labor MP, and the backing of Donald Tusk to leave Westminster time to recalibrate, there seems reason for May to be cheered up.
However, from a legal perspective, an extension of Article 50 would still encounter difficulties and even become a moot point in the weeks to come.
Article 50 of the Lisbon Treaty provides that once a state has submitted a notification that it would leave the EU, the state will leave after a period of two years, regardless of whether an agreement has been reached on the terms of withdrawal. Nevertheless, because the treaty is a statute of the EU, not the UK, Parliament has no power whatsoever to rule out a “no-deal” Brexit or to extend the Article 50 period.
Strictly speaking, Article 50 provides that the extension of withdrawal period can only happen if the European Council, in agreement with all member states concerned, unanimously decides to carry on the extension. 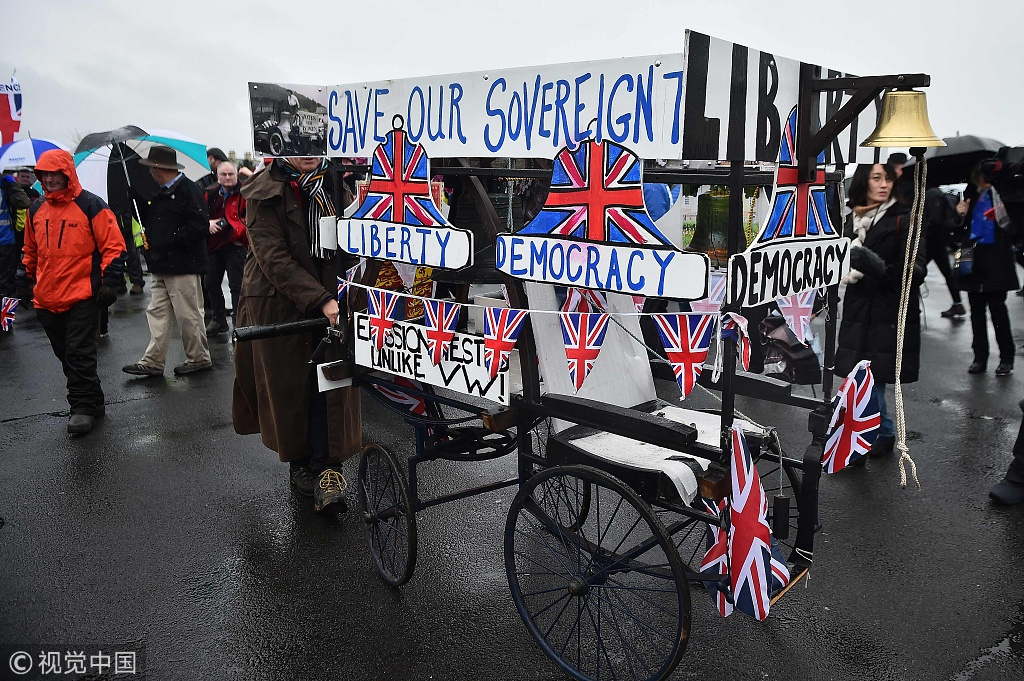 Pro-Brexit campaigners prepare to start the first leg of the March To Leave march in Sunderland on March 16, 2019. /VCG Photo.

Pro-Brexit campaigners prepare to start the first leg of the March To Leave march in Sunderland on March 16, 2019. /VCG Photo.

Therefore, without the permission of the 27 other EU member states, the UK Parliament cannot single-handedly extend the two-year period. And in a word, an extension is falling within the purview of the 27 EU member states, not the UK Parliament.
But does this mean that the extension will not happen?
Not necessarily. Were Article 50 to be extended, the UK as a member of the EU will have to push for the passing of an extension motion through their members in the European Parliament (MEP). Yet, subject to the forthcoming departure, the current UK MEPs are perhaps only permitted to stand and vote before July 1, 2019.
This gives rise to some complicated and pressing legal issues. 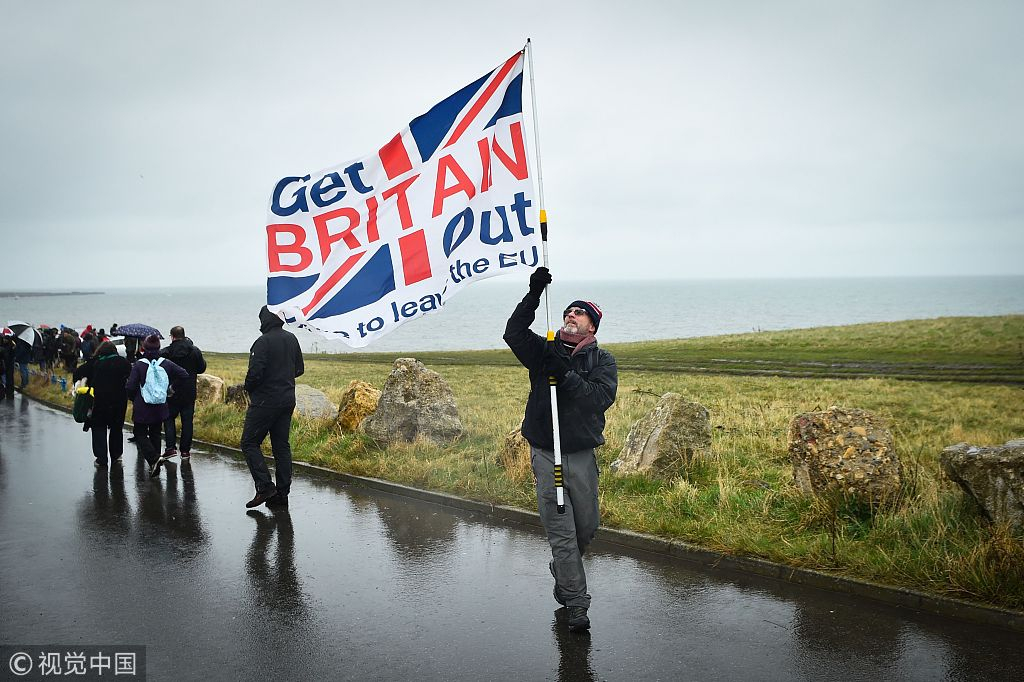 Pro-Brexit campaigners walk during the first leg of the March To Leave march in Sunderland on March 16, 2019. /VCG Photo.

Pro-Brexit campaigners walk during the first leg of the March To Leave march in Sunderland on March 16, 2019. /VCG Photo.

First, if the date of Brexit is further delayed, it would be contentious for the UK MEPs to stay put and vote after July 1.
Second, given the UK is a dualist country, i.e. international law needs to be translated into national law by virtue of domestic legislation, the EU Parliament will have to pass a bill giving the extension a green light, and the UK Parliament has to pass a domestic act in line with the EU agreement before the EU bill is enforced in the UK. All of these are time-consuming.
Even if the legal conditions are satisfied, the time restrictions would still sabotage the whole Brexit plan. For example, if Theresa May steps down and a general election is held, it would take around seven weeks for the preparation pursuant to the Fixed Term Parliaments Act 2011.
Also, if a second referendum is to be kicked off, a minimum 10-week campaign is required, and it would be unpractical for a referendum to be carried out with anything less than several months' preparation. Thus, it obviously takes longer time than we presently thought.
Even if the vote for extension by Westminster is legal, and be delivered in EU and UK Parliaments, the extension would not appease the disputes, but usher in new uncertainties and challenges.
(If you want to contribute and have specific expertise, please contact us at opinions@cgtn.com.)