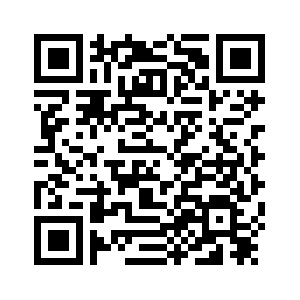 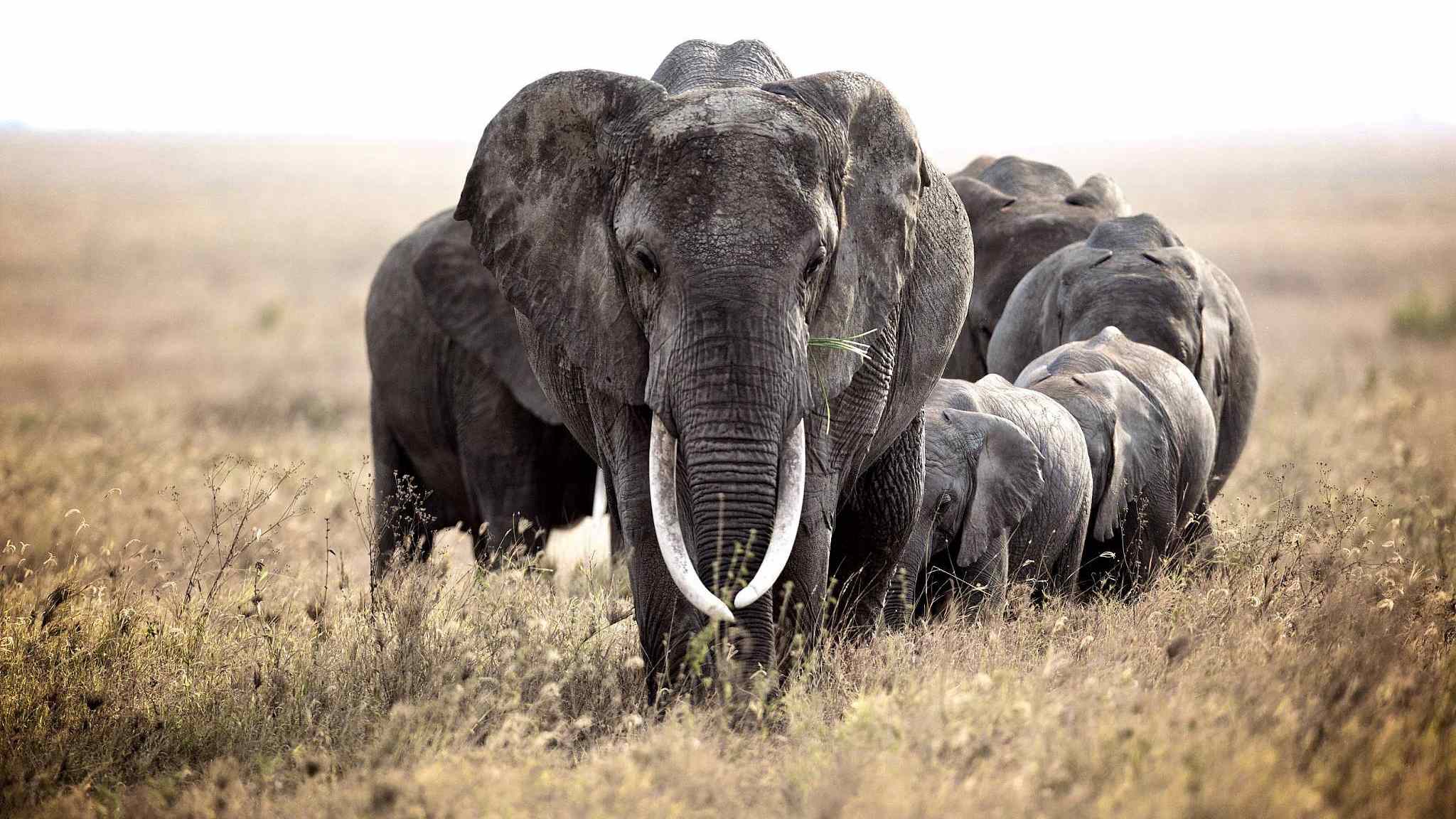 ‍Several African countries are defying global wildlife conservation efforts and collectively asking for an easing of international ivory trade regulations, triggering fears of large-scale poaching of elephants.
In a proposal submitted early this month to Convention on International Trade in Endangered Species (CITES) – a wildlife trade regulator – Botswana, Namibia, South Africa, and Zimbabwe urged the removal of clauses restricting them from selling their ivory stockpile. They also want to trade live elephants.
Zambia has proposed to downgrade the elephant protection status to pave the way to sell its ivory stockpile. In order to carry out unrestricted international trade of white rhino horns, Eswatini is demanding a set of exemptions.
These proposals will be discussed during the 18th conference of parties (CoP18) of CITES to be held in Sri Lanka's capital Colombo in May. While Namibia, South Africa, and Zimbabwe have been lobbying for selling their ivory stock for the last two decades, Botswana's entry has further strengthened the pro-ivory trade bloc.
A lead member of the Elephant Protection Initiative (EPI), Botswana had been actively taking bold actions to end ivory trade. The initiative, formed in 2014, brought together 19 African countries to implement National Elephant Action Plans, to curb poaching and shut down domestic ivory markets.
“Till, last year's International Wildlife Trade Conference in London and CITES CoP17 Johannesburg meeting in 2016, Botswana actively opposed ivory trade. Government's complete U-turn on elephant protection has surprised us,” Winnie Kiiru, senior technical adviser to EPI told CGTN.
'Selling ivory to fund wildlife conservation initiatives' 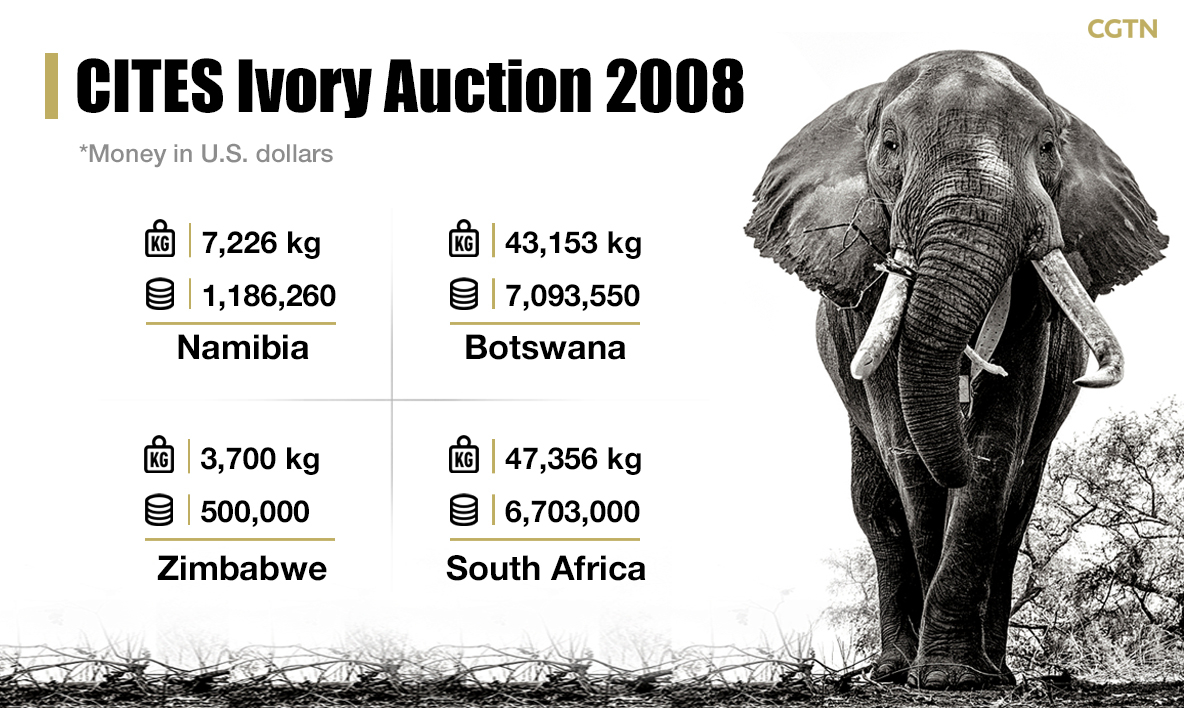 CITES auctioned a large stockpile of ivory triggering demand for the product and large-scale poaching of elephants in African countries. /CGTN Graphics

CITES auctioned a large stockpile of ivory triggering demand for the product and large-scale poaching of elephants in African countries. /CGTN Graphics

The four African countries are arguing that the funds raised from selling their ivory stockpile, would be used for wildlife conservation efforts. A part of it would be allocated for generating livelihood opportunities to rural communities affected by human-animal conflict.
They reasoned that elephants and other wild animal populations have increased in recent years, requiring extra funds for conservation.
The elephant population in Botswana, Namibia, South Africa, and Zimbabwe makes up around 256,000 elephants or 61.6 percent of all remaining African elephants in the region, a recent study said. The population "show increasing, stable and non-significant declines."
"Further resources and incentives are urgently needed to support the community conservation programs of all four countries,” their proposal to CITES demanded.
"The pro-ivory bloc's demand is not new, since, the CITES ban on international ivory trade in 1989, a section of African countries has been claiming paucity of funds to conserve its wildlife population,” said Shruti Suresh, a senior wildlife campaigner with London based Environmental Investigation Agency.
In 1999, CITES succumbing to the pressure from Namibia and Zimbabwe decided to auction 50 tonnes of ivory as an "experimental sale." The ivory stockpile was sold to Japan. A similar sale of 102 tonnes from Botswana, Namibia, South Africa, and Zimbabwe ivory stockpile was made in 2008 raising around 150 million U.S. dollars.
"China had strongly opposed the ivory sale in 1999, claiming that the sale fuels the product's demand. But in 2008 sale, it decided to purchase a part of the ivory stockpile,” Suresh added.
Previous ivory sales triggered massive poaching
A few years after the 1999 auction, global demand for ivory surged, mostly in South East Asian countries.
As a result, from 2011 to 2014, declared the worst period of elephant poaching in history, more than 100,000 kg of ivory were seized globally. The poaching had serious human consequences as well, causing nearly 40,000 African deaths in the three-year period, according to a study by Proceedings of the National Academy of Sciences in 2014.
After the second experiment in 2008, "Poaching escalated to up to 33,000 a year. History has shown the trade finds a way to use legal trade as a poaching conduit,” said Peter Knights, CEO of WildAid in a statement to CGTN.
The Pro-ivory bloc's claim of a paucity of funds for conservation efforts appears to be not wholly unjustified. Data reveals a large amount of money goes into protecting elephants with only a little earmarked for the communities facing the worst consequences of human-animal conflict. 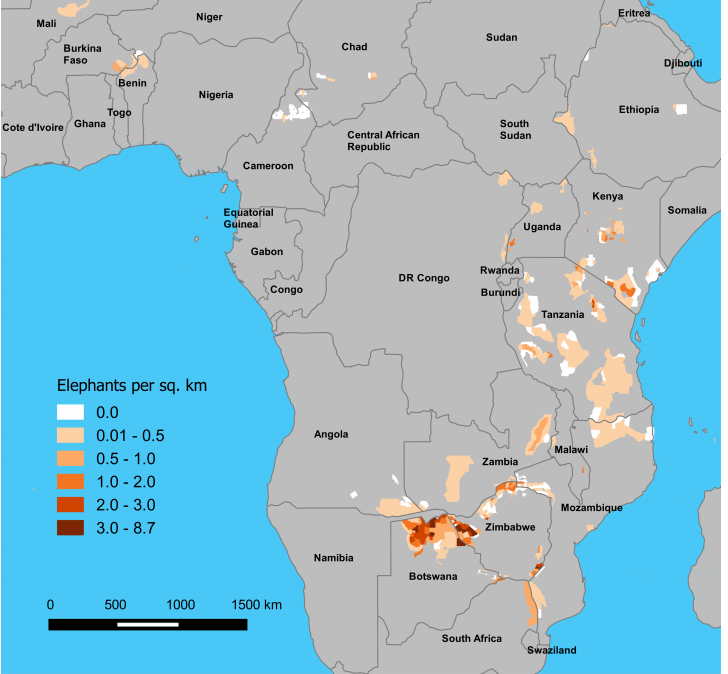 A World Bank study shows that a total of 1.3 billion U.S. dollars was committed to combat illegal wildlife trade between 2010 and 2016. Nearly, 63 percent or 833 million U.S. dollars of the funds went to Africa, and 29 percent or 381 million U.S. dollars were provided to Asia.
“We need to use other income sources, such as tourism, to support conservation,” Knights added.
Fear among countries that have shut down the domestic ivory market
Policy gaps coupled with the pro-ivory bloc's constant pressure to revive the ivory market are likely to boost the illegal trade of ivory once again.
For countries that have closed its domestic ivory market like, China and its regions Hong Kong and Taiwan, the UK, and the U.S., law enforcement agencies are already facing difficulties in checking luggage and containers for banned wildlife product parts.
Countries like Japan with a thriving domestic ivory market and the European Union's reluctance to close its ivory market is promoting illegal trade, say wildlife experts. The sale of another ivory stockpile will jeopardize efforts to save African elephants from poaching, they warned.
“The stakes are high under CITES, and robust debates are to be expected. Decisions taken in Colombo will have a real and immediate effect on the legislation, regulation, and operating practices across the globe for international trade in the species concerned,” said CITES Secretary-General, Ivonne Higuero.