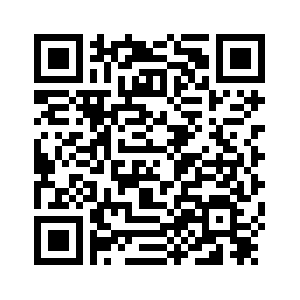 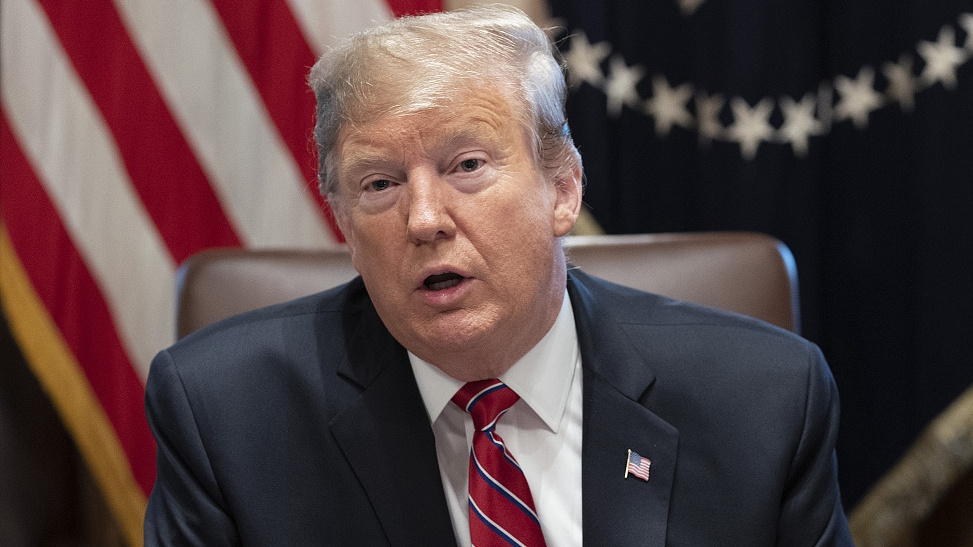 Editor's note: Dr. Yuan Sha is an assistant research fellow at the Department for American Studies, China Institute of International Studies. The article reflects the author's opinion, and not necessarily the views of CGTN.
The other shoe finally dropped as the White House announced U.S. President Donald Trump's plan to declare a national emergency and spend eight billion U.S. dollars for his signature border wall.
How this move will play out in the future is still uncertain, but it has already shifted the debate from the border wall to the crucial question of presidential overreach.

President Trump has been toying with national emergency declaration for months, but the sudden announcement caught many people by surprise. Why is he making this move now?
First of all, he is invoking the right to declare national emergency as the last resort to secure funding for his border wall.
With the deadline for the U.S. government shutdown negotiations approaching, he is looking for a way to prevent another shutdown and fulfill his campaign promise at the same time. 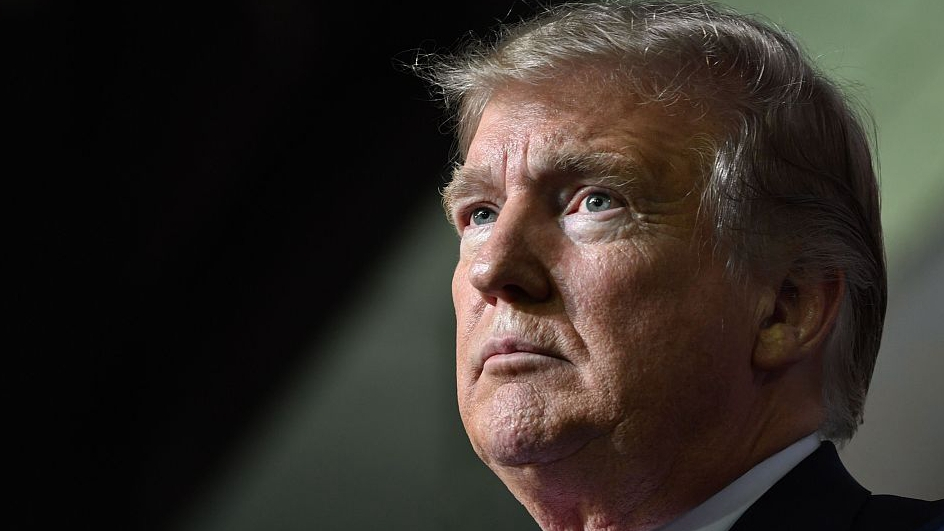 Second, he is creating a new leverage for a losing battle. The bipartisan compromise bill on border security commits 1.37 billion dollars for an 88-kilometer physical barrier, far less than the amount Trump had sought.
The previous round of showdown with his formidable rival House Speaker Nancy Pelosi alerted him to the fact that he could only get the money for his wall by circumventing the Congress.
Third, he is trying to please his base. With his approval ratings falling to a record low after the longest partial government shutdown in U.S. history, Trump is in a  desperate need to revive his popularity.
More importantly, eyeing the 2020 presidential election, he needs to secure his base by fulfilling his key campaign promise and seal his return to the White House.
How will it fare in Congress?
Even if the president declares a national emergency, it would not take effect until an approval both chambers of the Congress.
Since the border wall has become a "wedge" issue in U.S. politics, the Democrats would certainly block the move in the House of Representatives.
House Speaker Pelosi immediately reacted saying: "The president is doing an end run around the Congress," and is planning to raise legal challenges and enforce a resolution of disapproval in the House.
The president's decision puts Senate Republicans in a fix.
On one hand, the Republicans need to show solidarity with their president while on another, some Republicans fear backlash from their own constituency if they backed the emergency declaration.
Meanwhile, Senate Majority Leader Mitch McConnell has publicly shifted to support Trump's decision.
Given the fact that it takes just four Republicans to join with 47 Democrats to rebuke the president, the move's fate in the Senate is not very optimistic.
Even though the president may veto any move by the Congress, the Congress can still override it with a two-third majority vote, which is less likely but could further split the Republican Party.
President Trump could declare a national emergency with a stroke of his pen, but it would entail unintended and far-reaching implications.
Politically, it would set a dangerous precedent of presidential overreach.
Republicans are particularly concerned about this scenario, fearing future Democratic presidents would draw on broader executive powers to take action on such issues as healthcare, climate change or gun control.
Legally, it would reinterpret U.S. Federal Constitution and laws to the favor of the executive branch.
The U.S. National Emergencies Act grants the president special powers during crises, but also attaches certain strings and formalities. 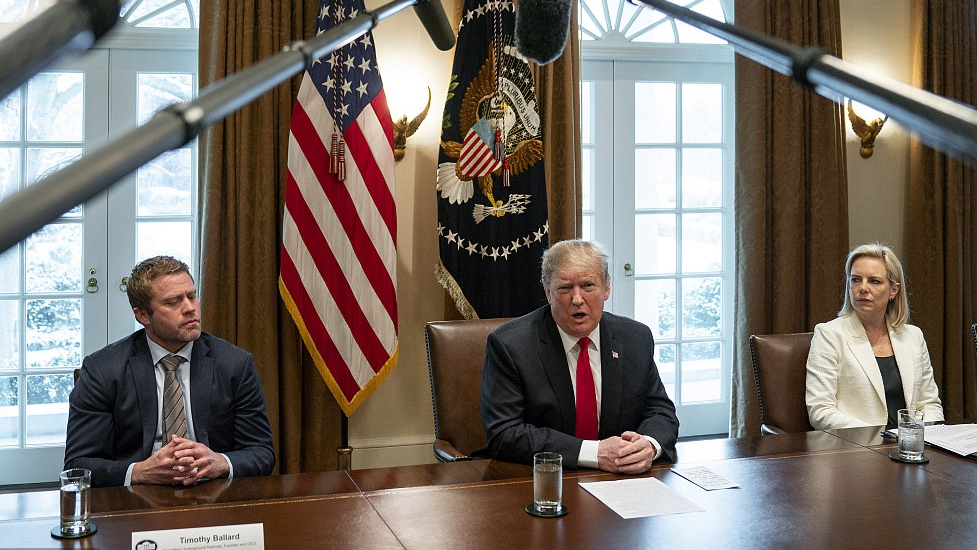 U.S. President Donald Trump (C) during a meeting about human trafficking on the southern border at the White House in Washington, DC, February 1, 2019. /VCG Photo

U.S. President Donald Trump (C) during a meeting about human trafficking on the southern border at the White House in Washington, DC, February 1, 2019. /VCG Photo

What are the implications?

Presidential unilateralism in advancing parochial agenda risks further expanding the U.S. Presidency, and upsetting the checks and balances in the U.S. political system.
Economically, it would incur an unbearable toll on U.S. budget.
By increasing funding from 5.7 billion dollars to eight billion dollars, pushing stakes even higher.
But with U.S. federal deficit reaching a new high, it would be unrealistic and unsustainable for allocating such huge amount of money for this deeply unpopular wall.
Furthermore, since it would direct money from the military budget, it would compromise U.S. defense priorities.
Socially, it would further polarize the nation.
As a highly controversial issue, the border wall has become a "thick signifier" with starkly different meanings along the fissure line.
For the conservatives, it is a symbol of security. For the liberals, it signifies restrictions on freedom and human rights.
Thus, controversies surrounding the national emergency over a border wall would tear the American social fabric further apart.
(If you want to contribute and have specific expertise, please contact us at opinions@cgtn.com.)