Opinion: Will Japan and China cooperate on the Belt and Road Initiative?
Wang Yiwei and Cui Bailu 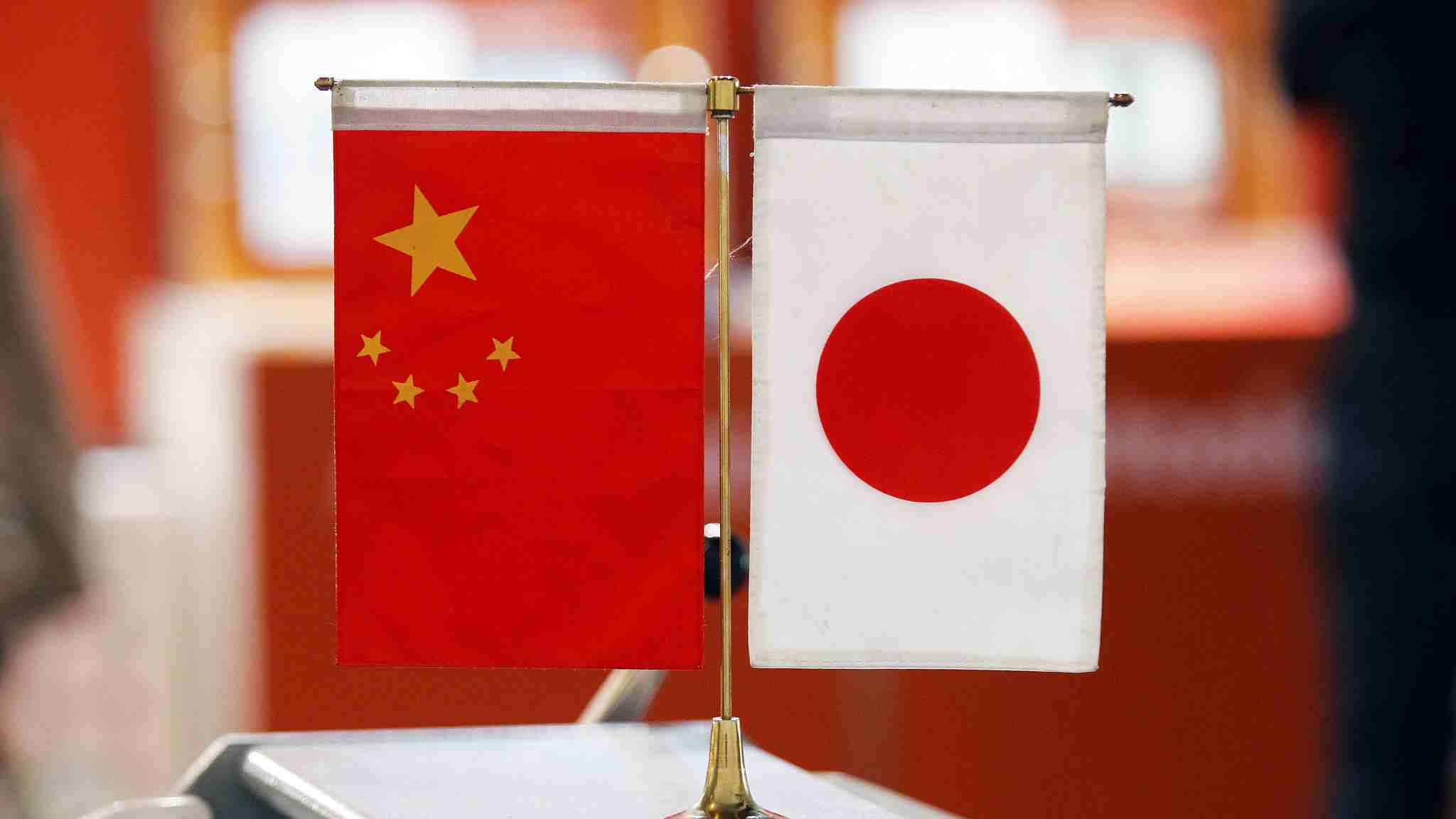 Editor's Note: Wang Yiwei is a professor and Cui Bailu is a Ph.D. candidate at the School of International Studies at China's Renmin University. The article reflects the authors' opinion, and not necessarily the views of CGTN.
Japanese Prime Minister Shinzo Abe is paying an official visit to China and is likely to express a positive attitude on the Belt and Road Initiative (BRI). Since Liberal Democratic Party Secretary-General Toshihiro Nikai came to China to attend the Belt and Road Forum for International Cooperation as Japan's representative last May, Japan has been positive on the BRI.
At the same time, Abe said Japan would consider joining the China-led AIIB if doubts are dispelled. As relations between the two countries continue to thaw recently, it is highly expected that China and Japan will jointly develop a third-party market under BRI framework.
Why does Japan want to participate in the BRI?
For Japan, it's a good time to promote relations with China. With the growth of China's economy and international influence in the world, Japan's containment policy toward China has become obsolete. In Japan, discussion on participation in the BRI has been going on since the project was first announced. Many companies and politicians think that ignoring the BRI is a mistake and call for Abe's administration to adjust its China policy.
This year witnesses the 40th anniversary of the 1978 China-Japan Treaty of Peace and Friendship, the 20th anniversary of the 1998 China-Japan Joint Declaration and the 10th anniversary of the 2008 joint statement on advancing strategic and mutually beneficial relations. Both sides have expressed a willingness to improve bilateral relations if a new consensus or agreement can be reached on the basis of the previous key political documents, and it is likely that this year will be a turning point in Sino-Japanese relations. 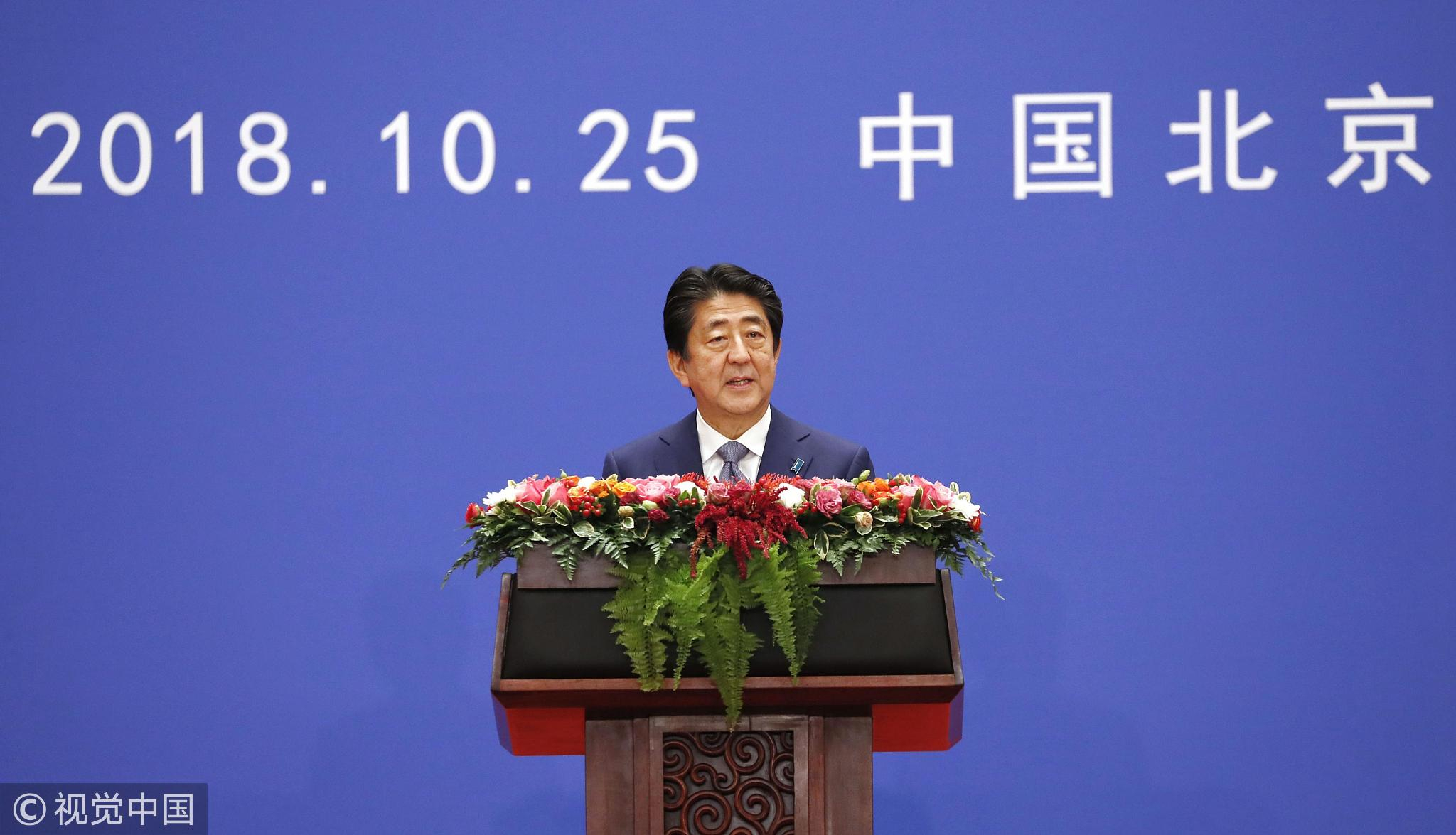 Japanese Prime Minister Shinzo Abe speaks to celebrate the 40th anniversary of a peace and friendship treaty between Japan and China at a reception held in Beijing on Oct 25, 2018./VCG Photo

Japanese Prime Minister Shinzo Abe speaks to celebrate the 40th anniversary of a peace and friendship treaty between Japan and China at a reception held in Beijing on Oct 25, 2018./VCG Photo

The US Trump administration puts America's interests first and pressures other countries, including its allies like Japan, to follow American will. The Trump administration recently signed the new US-Mexico-Canada Agreement (USMCA) as a replacement for NAFTA and intends to negotiate trade agreements with Japan.
US Trade Representative Robert Lighthizer cited “chronic US trade imbalances” and said US exporters have been long “challenged” by Japan's trade barriers in sectors such as automobiles, agriculture, and the service industry. For Japan, a new trade deal led by America's protectionist rhetoric will definitely threaten industry and hinder economic progress. Participating in the BRI offers Japan an alternative path in globalization and hedges against risks from America by accelerating economic cooperation with China.
The potential economic benefits to be part of the BRI are also obvious for Japan. In recent years, Japan has been battered by the sluggish economy. Five years have passed since Japan's Prime Minister Shinzo Abe was elected in 2012 and started his “Abenomics” program. Even after getting rid of negative growth, Japan is still facing the economic obstacles of a slow economy, weak inflation, and high debt ratios.
For the Abe Administration, the most important issue is to boost Japan's economy. On the other side, the BRI has been supported and echoed by the international community including the United Nations (UN) and the early harvest is emerging. Now the BRI covers almost all countries along Eurasia, and the membership of the AIIB has increased from 57 to 87. China has signed a cooperation document on jointly building the Belt and Road with more than 150 countries and international organizations.
A large number of projects have been launched such as the Mombasa-Nairobi Railway in Africa and Thailand's first standard-gauge railway project. By taking advantage of this platform, Japan will not only find it easier to establish effective economic ties with countries along the Belt and Road, but it will also decrease the economic competition with China on overseas investments.
From China's point of view, why is Japan's participation in the BRI significant?
For China, Japan's participation in the BRI is also significant. As two major world economies, China and Japan have a common interest in promoting economic globalization and free trade. Last year, the Asia Development Bank estimated the infrastructure investment needs in Asia and the Pacific between 2016 and 2030 will be at least 1.7 trillion US dollars each year, but the supply can only reach 900 billion US dollars.
The huge gap could not be filled by only one or a few countries but with many working together. The dilemma between the growing demand for investment and the lagging supply has become the impetus of the BRI, and is also becoming the impetus of Sino-Japanese investment cooperation.
As the second and third biggest economies in the world, China and Japan both support globalization and the multilateral trading system. Trump's unilateralism and protectionism have also pushed these two countries to work together. Deepening economic and trade cooperation not only complies with the fundamental interests of China and Japan, but also with global economic growth as well. 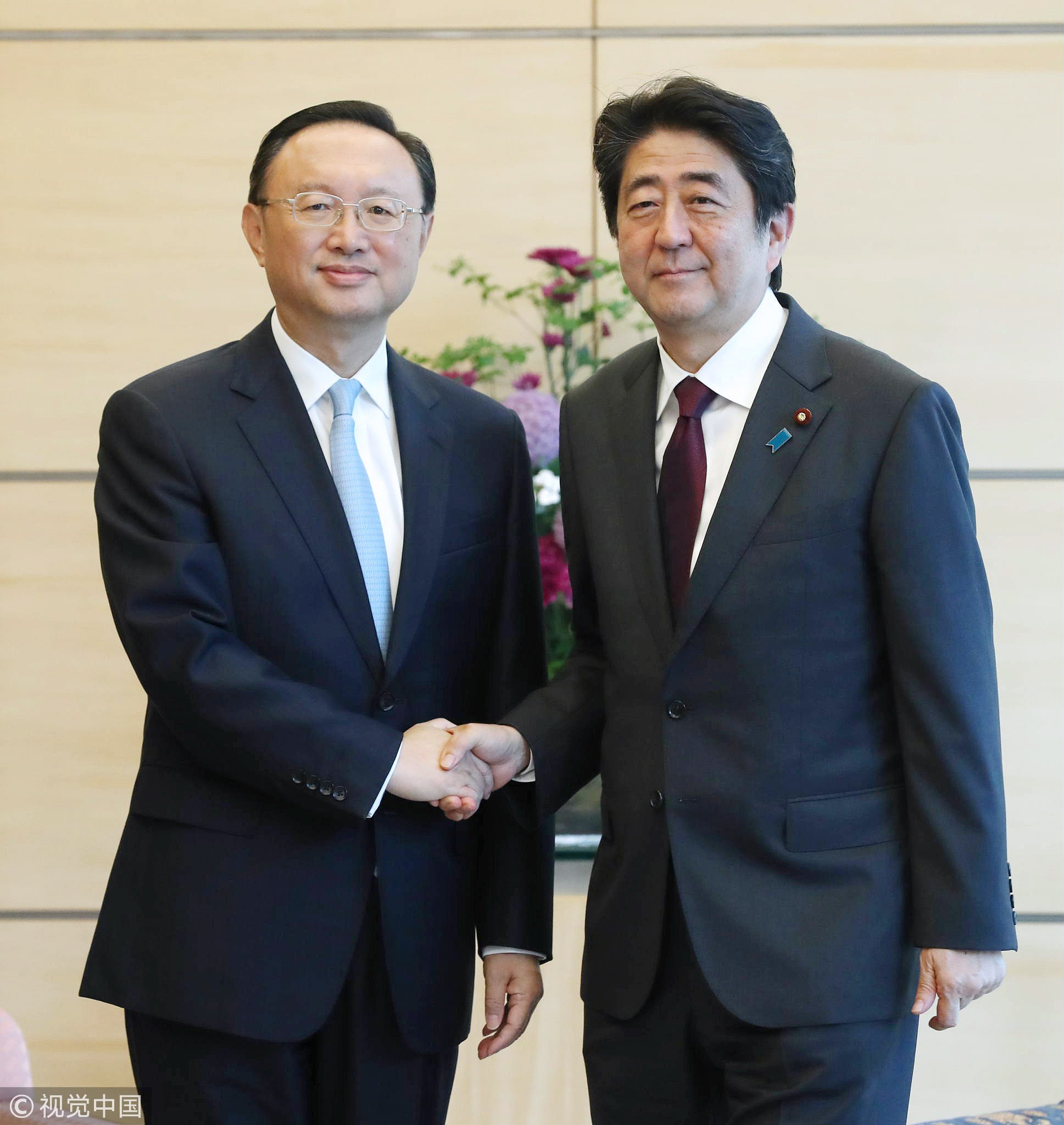 As great powers in Asia, China and Japan have common responsibilities in maintaining regional stability and peace. The improvement and growth of China-Japan relations have brought tangible benefits to both countries and peoples, and greatly contributed to peace and development in Asia and beyond.
The BRI will be an effective way to enhance mutual understanding and trust by promoting practical cooperation on mutual connectivity and soft/hard infrastructure building. And a good Sino-Japanese relationship will be a very good role model for other countries in this region.
How is the cooperation on the BRI going?
Cooperation in third-party markets might be a way for Japan to participate in the BRI. This will not only expand bilateral economic and trade cooperation, but will also benefit the economic development of the third country. One of the first China-Japan cooperation projects on the BRI is probably the modernization of the Thai railway network.
The high-speed eastern rail route is a part of “the Eastern Economic Corridor (EEC)” as proposed by Thailand's government, a pilot project for the economic development of Thailand's Eastern Seaboard. The EEC covers three eastern provinces of Thailand – Chonburi, Rayong, and Chachoengsao and spans a total of 13,285 square kilometers. The government plans to develop industries with high added value by constructing infrastructures such as high-speed rail route, double-track railways, airports, and ports.
Because the investment gap is huge, the Thai government is willing to attract more overseas investments. Bilateral cooperation has already begun and China and Japan are Thailand's two largest investors. For China, the China-Thailand railway is the first high-speed railway cooperation between China and Thailand. The first phase of the project, which connects Bangkok to Khorat, is expected to be completed soon.
For Japan, Thailand signed a memorandum of cooperation with the country on the Bangkok-Chiang Mai high-speed rail project in 2016. So both Japan and China have enough experience in constructing a high-speed railway in Thailand. But competition between China and Japan is not a win-win strategy for both parties.
In fact, this kind of cutthroat competition makes investor nations lower their prices further and get less from investments, even though the recipient nations get more bargaining space and become real winners. 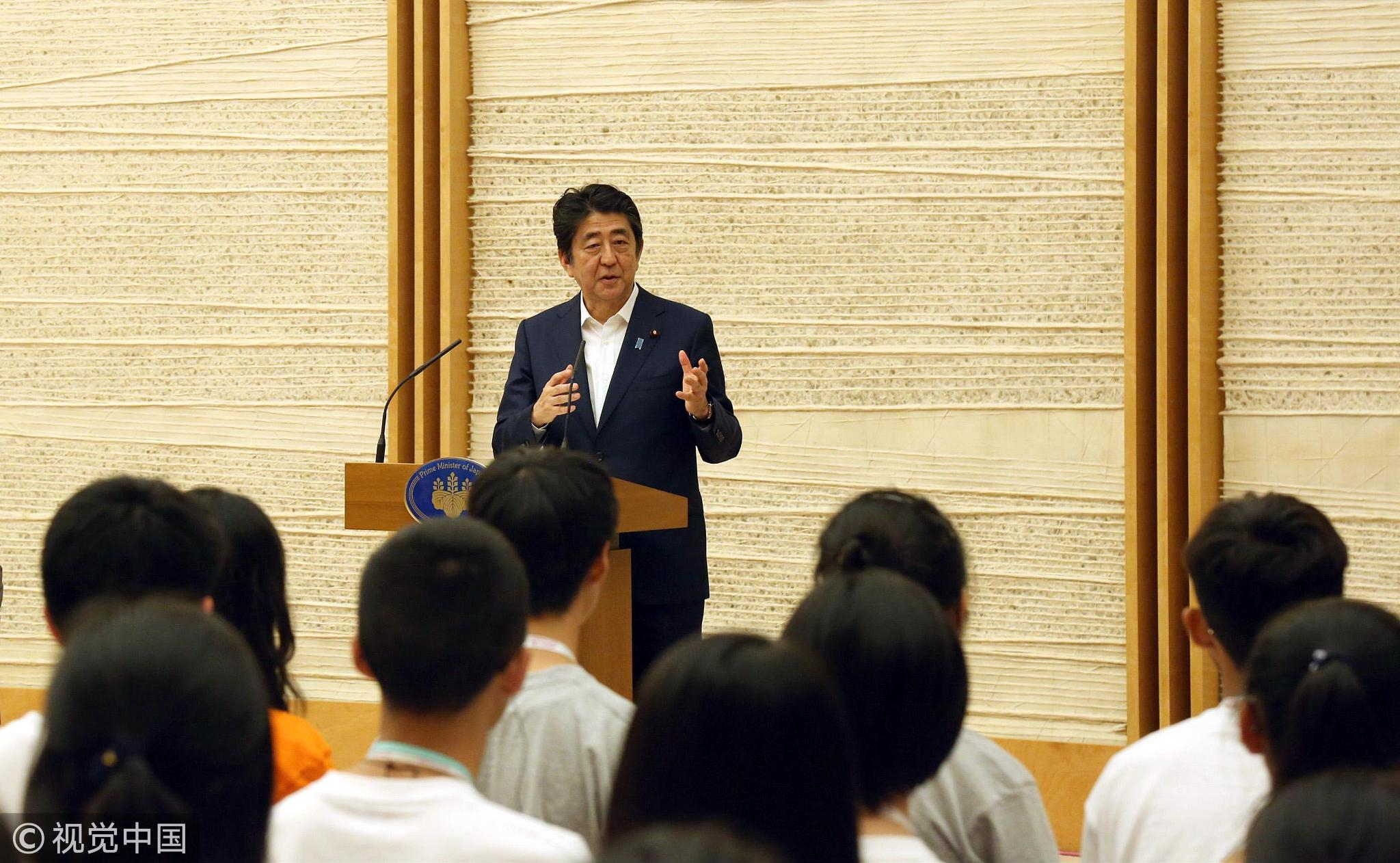 In order to accelerate cooperation and avoid unhealthy competition, China, Japan, and Thailand all attach great importance to tri-lateral railway cooperation in the EEC. In 2017, CITIC, Itochu, Charoen Pokphand - companies from China, Japan and Thailand respectively - reached consensus on jointly investing in the EEC project, which laid a foundation for deeper third-party markets cooperation in Thailand.
Chinese Premier Li Keqiang visited Japan and met Japanese Prime Minister Shinzo Abe in May. During this meeting, both sides agreed to form a new public and private sector committee to discuss cooperation in the private economy of third-party countries. In June, Japan revised the strategy to promote infrastructure exports, aiming to expand the export of railway, highway, port and other infrastructure projects. This report refers to “promoting Japan-China cooperation on infrastructure construction in third-party markets” for the first time.
On September 25, the first session of China-Japan Third-Party Market Cooperation Working Mechanism was held in Beijing. The discussion of specific cooperation projects focuses on the feasibility of cooperation on Thailand's EEC project. During Abe's visit from October 25 to 27, China and Japan will also hold a forum on bilateral cooperation in third-party markets. It is expected that China and Japan will maximize policy synergy, and there will be more practical outcomes in third-party markets cooperation.
What challenges remain for cooperation in this initiative?
Although Japan is planning to participate in the BRI, there are still many obstacles on the path of cooperation between China and Japan. We should be conscious that the territorial dispute and Japan's attitude toward history and economic competition in the global market will still exist and can't be solved in a short time. In addition, even if Japan participated in the BRI, it would not be a complete participant.
One reason is Japan's concerns about transparency, equality, sustainability and the investment risks of the initiative, but what concerns Japan most is still China's increasing power and the competition for leadership in East Asia. In the meantime, Japan is still an important ally of the US and its actions will still be in keeping with its ally's policy. These factors all increase the uncertainty of Sino-Japanese relations in the future.
(If you want to contribute and have specific expertise, contact us at opinions@cgtn.com.)