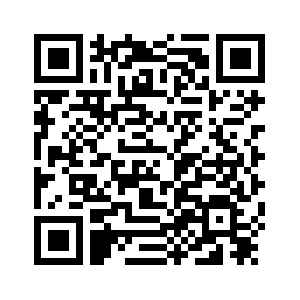 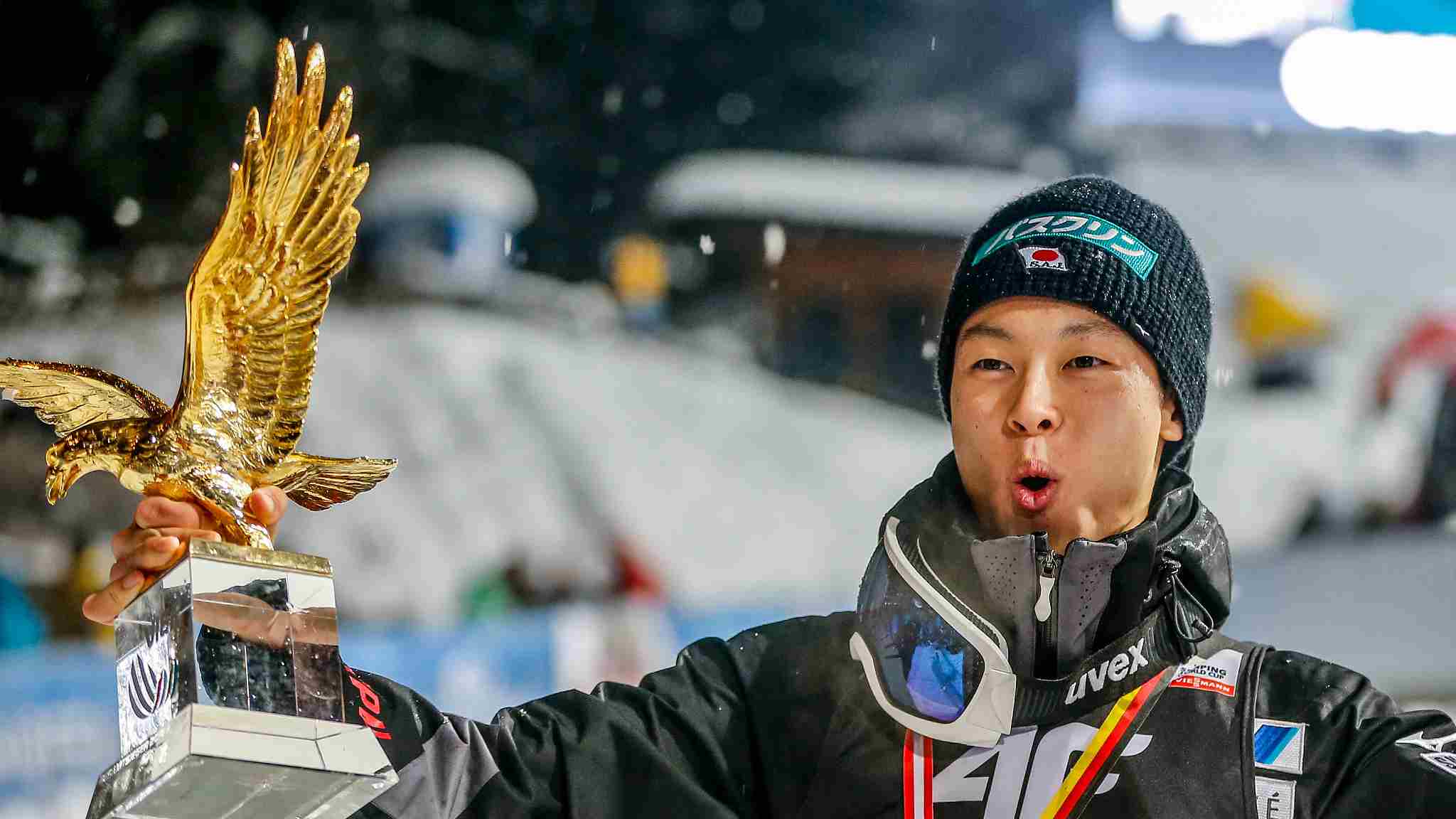 Ryoyu Kobayashi on Sunday became the first Japanese ski jumper and only the third man in history to complete a clean sweep of the prestigious Four Hills tournament when he clinched the final leg in Bischofshofen.
The 22-year-old follows Sven Hannawald (2001/2002) and Kamil Stoch (2017/2018) in achieving the Grand Slam.
After his wins in Oberstdorf, Garmisch-Partenkirchen and Innsbruck, Kobayashi glided to victory again on Sunday with jumps of 135m and 137.5m to finish ahead of Austria's Stefan Kraft and Stephan Leyhe of Germany.
Kobayashi is also just the second Japanese man to clinch the overall Four Hills title after Kazuhoshi Funaki in 1998.
Despite his victory on Sunday, the lightweight 60kg and 1.74m tall Kobayashi insisted that the likes of European stars Hannawald and Stoch remain in a different league to him.
"Both of them are extraordinary jumpers, I'm not yet at their level," he had said modestly on the eve of Sunday's triumph. 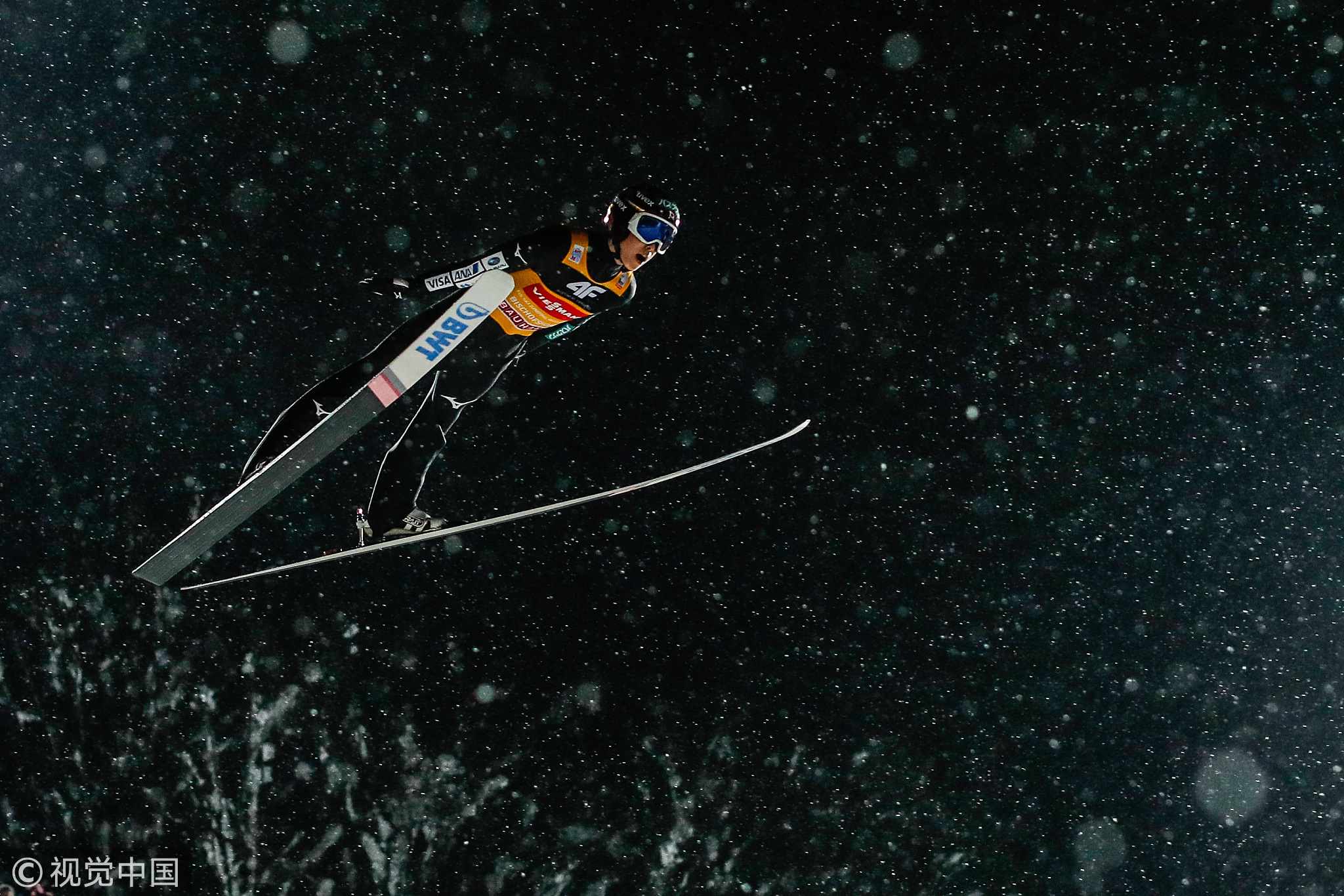 Until this season, Kobayashi had cut a low-profile figure on the ski jumping circuit where he was better known for his hobby as a DJ and a passion for powerful cars rather than his World Cup performances.
However, working under Finnish coach Janne Vaatainen, he has been transformed this season, winning eight of the eleven World Cup rounds, a staggering turnaround for a jumper who had previously been winless.
"When Ryoyu realized that he had to do more than just drive his Porsche, he became good," said Vaatainen.
"I've been pushing hard for him to train more, but so far he didn't like it, he's enjoying life, whatever he does, he still has that naughty little smile on his face."
Vaatainen's advice hasn't fallen completely on deaf ears.
On New Year's Eve, the whole Japanese team was in bed at 10 p.m., and at midnight the sport's newest star was sound asleep.
The next day, January 1, he swept to victory in the second round of the Four Hills at Garmisch watched by a German TV audience of 6.65 million people. 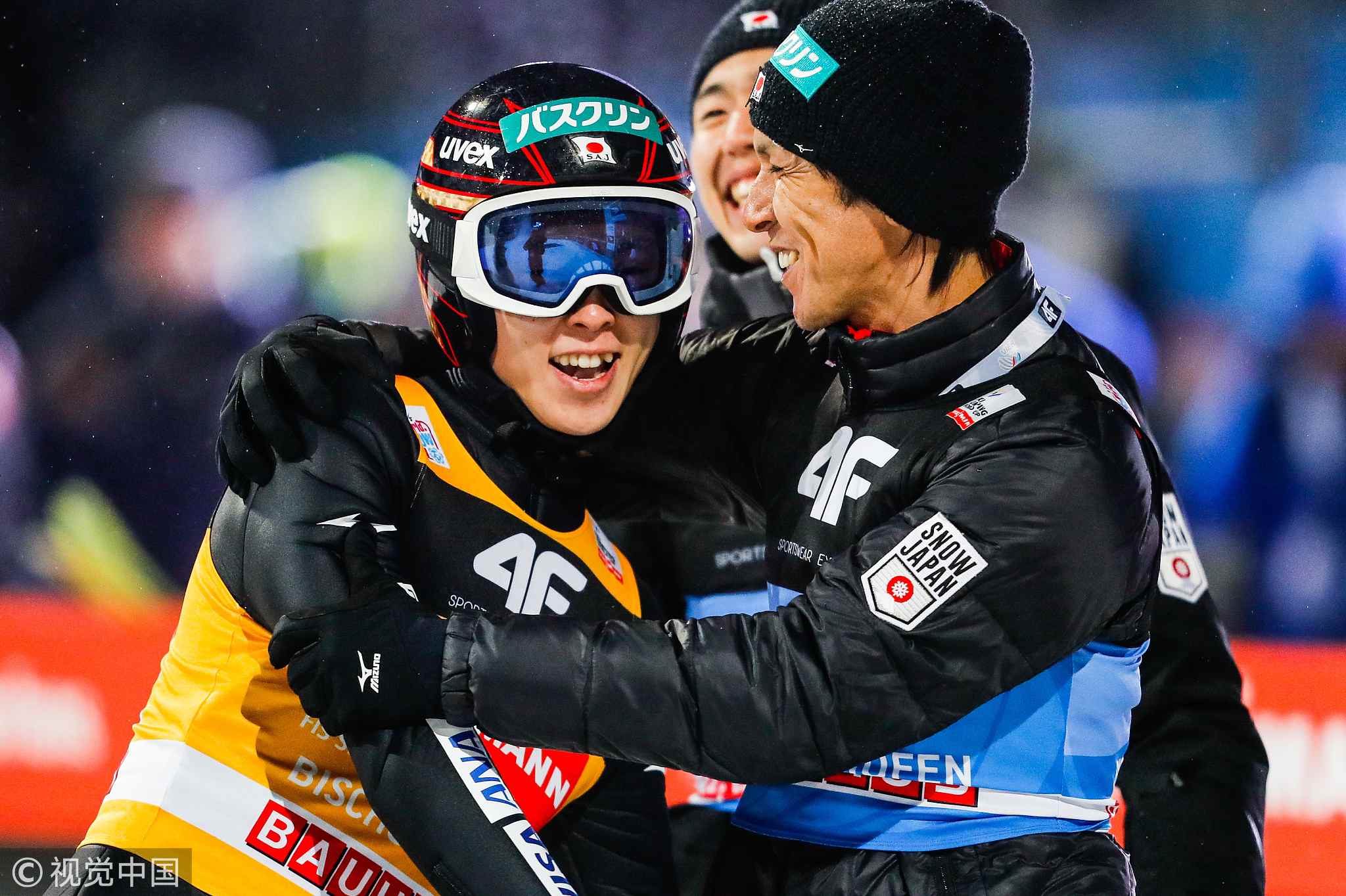 Germany team coach Werner Schuster said Kobayashi always had the ability to make a sudden impact in a sport dominated for so long by Europeans.
"You knew that one day or another he'd realize his potential," he said.
Germany's Markus Eisenbichler, who finished the Four Hills in second place overall, added: "He's just extremely good, you have to admit it and without any jealousy".
Kobayashi was only fourth after the first round on Sunday before he seized control on the second jump.
"After my second jump, I was just waiting, because I had given my all already. I'm very happy about my win, it's unbelievable," he said.
Kobayashi finished the Four Hills with 1098 points, followed by Eisenbichler (1035.9 pts) and Leyhe (1014.1 pts).
In the overall World Cup title race, Kobayashi has 956 points and is well clear of Poland's Piotr Zyla (529 pts) and Stoch (504 pts).
Source(s): AFP