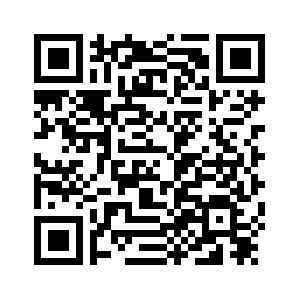 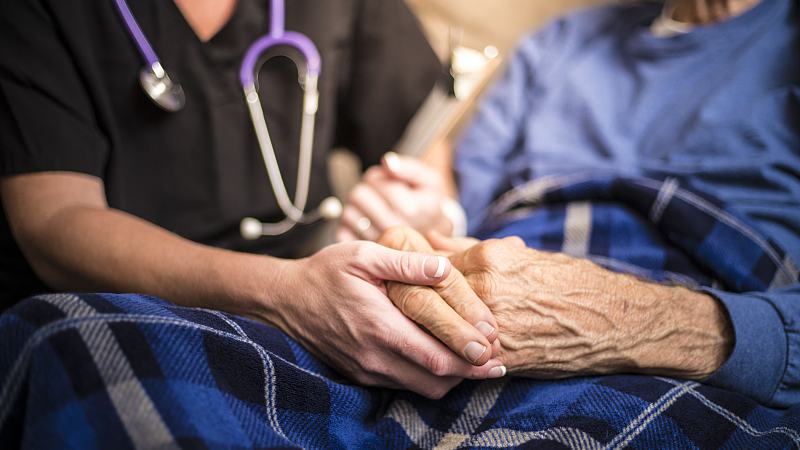 Parkinson's is a chronic progressive neurodegenerative disease, common in the elderly. More than 10 million people are currently living with the disease worldwide.
There are now more than 2.5 million Parkinson's disease patients in China, with 100,000 new cases every year. The incidence rate of Parkinson's disease in people over the age of 65 in the country is 1.7 percent.
Symptoms like tremor, movement disorder, and rigid muscles have posed great hazards on the patients. Unfortunately, there is no cure for Parkinson's disease so far, but the technological development has helped. 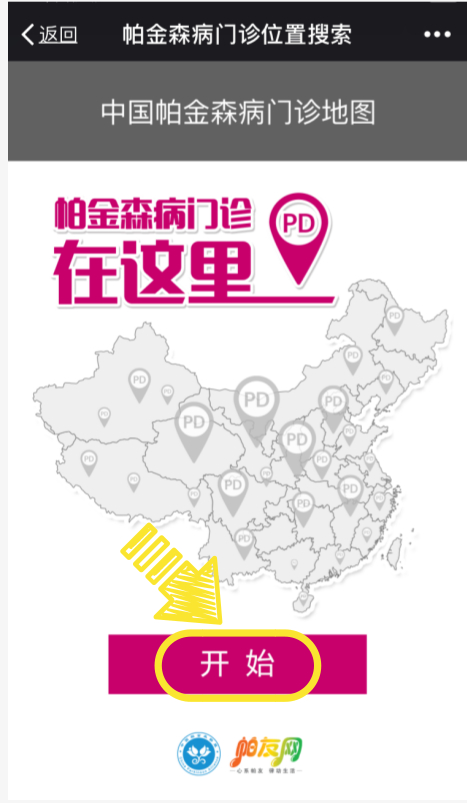 A service map for patients with Parkinson's disease. /Photo via pajo.cn

A service map for patients with Parkinson's disease. /Photo via pajo.cn

In 2018, China launched its first outpatient service map for patients with Parkinson's disease, which helps sufferers easily get information on hospitals with special clinics for the disease.
The map was recently upgraded to its 2.0 version, featuring nearly 500 hospitals in 150 cities around China.
By following the WeChat official account of Pajo, a nonprofit website dedicated to helping patients with Parkinson's disease and their families, patients can access the map, search hospitals' name and address, and book a consultation appointment, so as to get in-time diagnosis and treatment.
The onset of Parkinson's disease is latent, slow and difficult to diagnose, so it is often ignored, according to experts. Further complicating the situation is the fact that most patients do not know how to find a medical center or a professional doctor to receive treatment, leading to delays in tackling the medical issue.
The guidance map has helped patients easily locate outpatient clinics for timely treatment, and receive standardized and long-term treatment and disease management, according to Chen Biao, chairman of China Parkinson's Disease Consortium and member of the expert panel behind the map.
More functions have been added in the latest version, including positioning, navigation, one-click call for outpatient service, as well as other patient-oriented services like self-test questionnaire, test screening, and appointment reminder.

The operation to 'switch off' symptoms

Comprehensive treatment is recommended by experts for the disease, which includes drug treatment, surgery, rehabilitation, psychological treatment, and nursing care.
For those who don't respond to medication or have serious complications, deep brain stimulation (DBS) surgery is an important method.
It consists of tiny electrodes implanted into a certain area of the brain to send impulses to specific brain nuclei to treat functional brain disorders.
China conducted its first home-made DBS clinical surgery on November 26, 2009, and about 10,000 patients have received domestic DBS, according to Li Luming, director of the National Engineering Laboratory for Neuromodulation Technology at Tsinghua University.
The brain pacemaker "acts like a switch in the patient's brain, which can significantly reduce the symptoms of Parkinson's disease such as tardiness, movement disorders, muscle stiffness, and tremors, as well as the side effects of medication," said Cao Shengwu, chief physician of the Neurosurgery Department of Jiangsu Province Hospital, adding that 61 patients received the operation in the hospital in 2018.
In March, the country carried out the first 5G-based remote surgery with a DBS implant.

A smart spoon can help reduce hand tremor of patients with Parkinson's disease. /Screenshot via gyenno.com

A smart spoon can help reduce hand tremor of patients with Parkinson's disease. /Screenshot via gyenno.com

Besides personnel in the medical field, tech companies are making their own contributions to making the patients' lives easier.
A stabilizing handle which can be attached to spoons and forks helps people counteract hand tremor so that the food won't be shaken out of the utensil.
Named "Liftware Steady," the device, which "contains sensors that detect hand motion and a small onboard computer that distinguishes unwanted tremor from the intended movement of the hand," is said to be able to reduce 70 percent of vertical shake.
A similar set of utensils developed by Shenzhen-based Gyenno Science offsets "85 percent unwanted tremor from the intended movement of your hand." 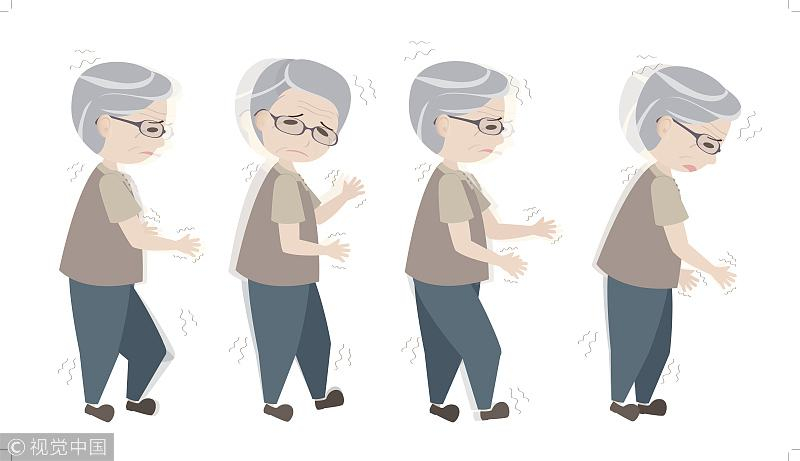 In advanced stages of Parkinson's disease, a patient may also experience a sudden inability to step forward. The feet appear to stick to the ground and the upper body moves forward because of inertia, leading to a fall.
To avoid this situation, patients can consciously look at "visual cues" on the ground when walking, such as floor squares or zebra crossings.
Based on that, Dutch scientists from the University of Twente and Radboud University Medical Center developed laser shoes to tackle the problem.
Each shoe has a laser projector and will let out a laser beam in front of the other shoe when stepping on the ground. They then give the wearer visual targets to step over.
After testing on 19 patients, it showed that the shoes helped reduce 46 percent of the gait freeze. And when the situation occurred, it shortened by half the time they couldn't walk compared to when they didn't wear the laser shoes.