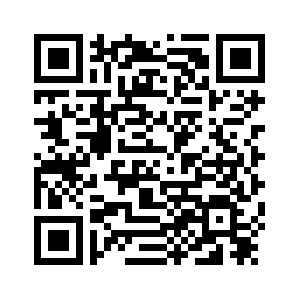 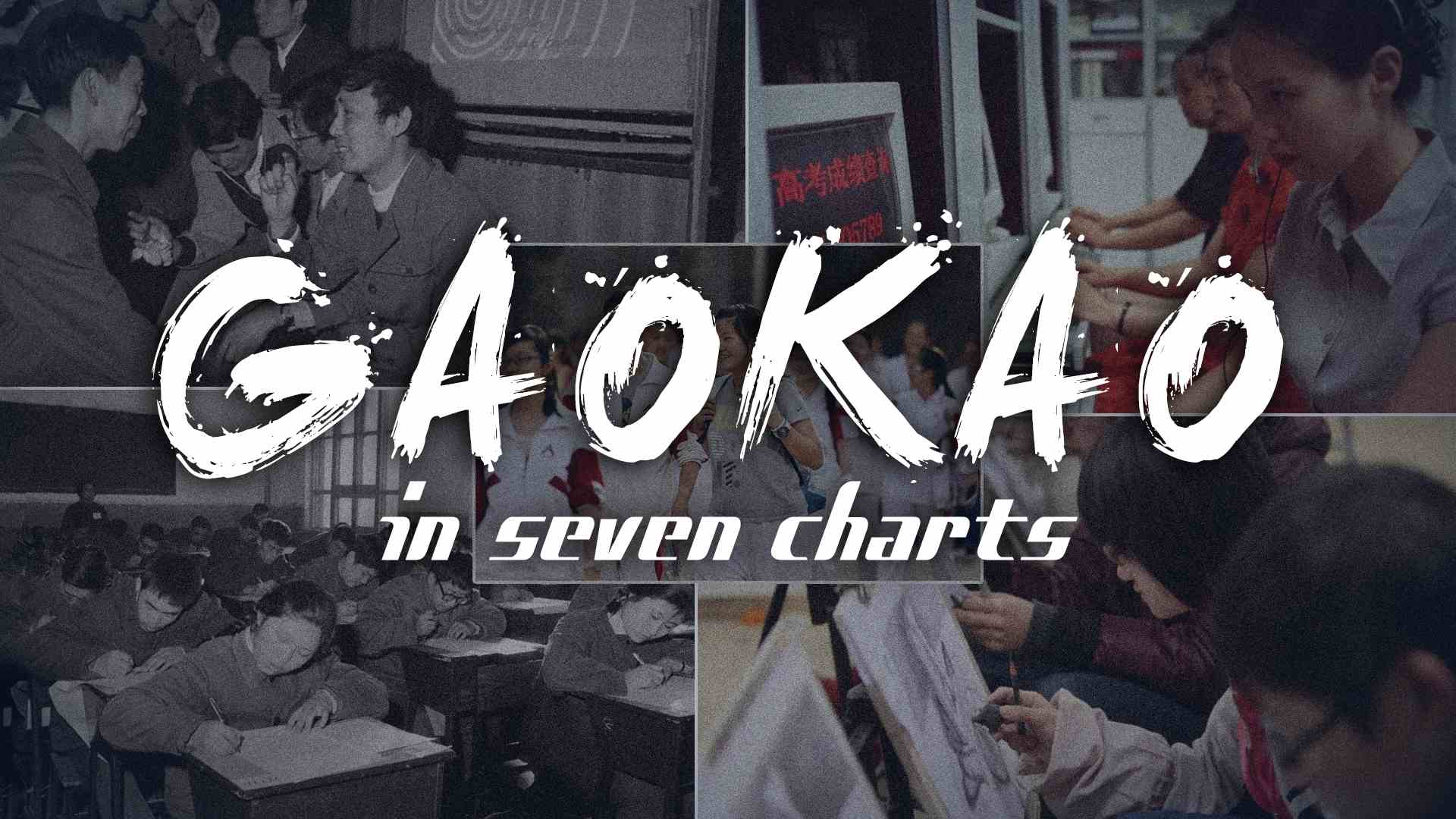 The gaokao is widely considered to be the most important exam for Chinese secondary school students. The exam's results are the main assessment standard for college admissions in China.

Here are seven charts to help you understand the gaokao.

How many students take the gaokao and how many of them are admitted into higher educational institutions? 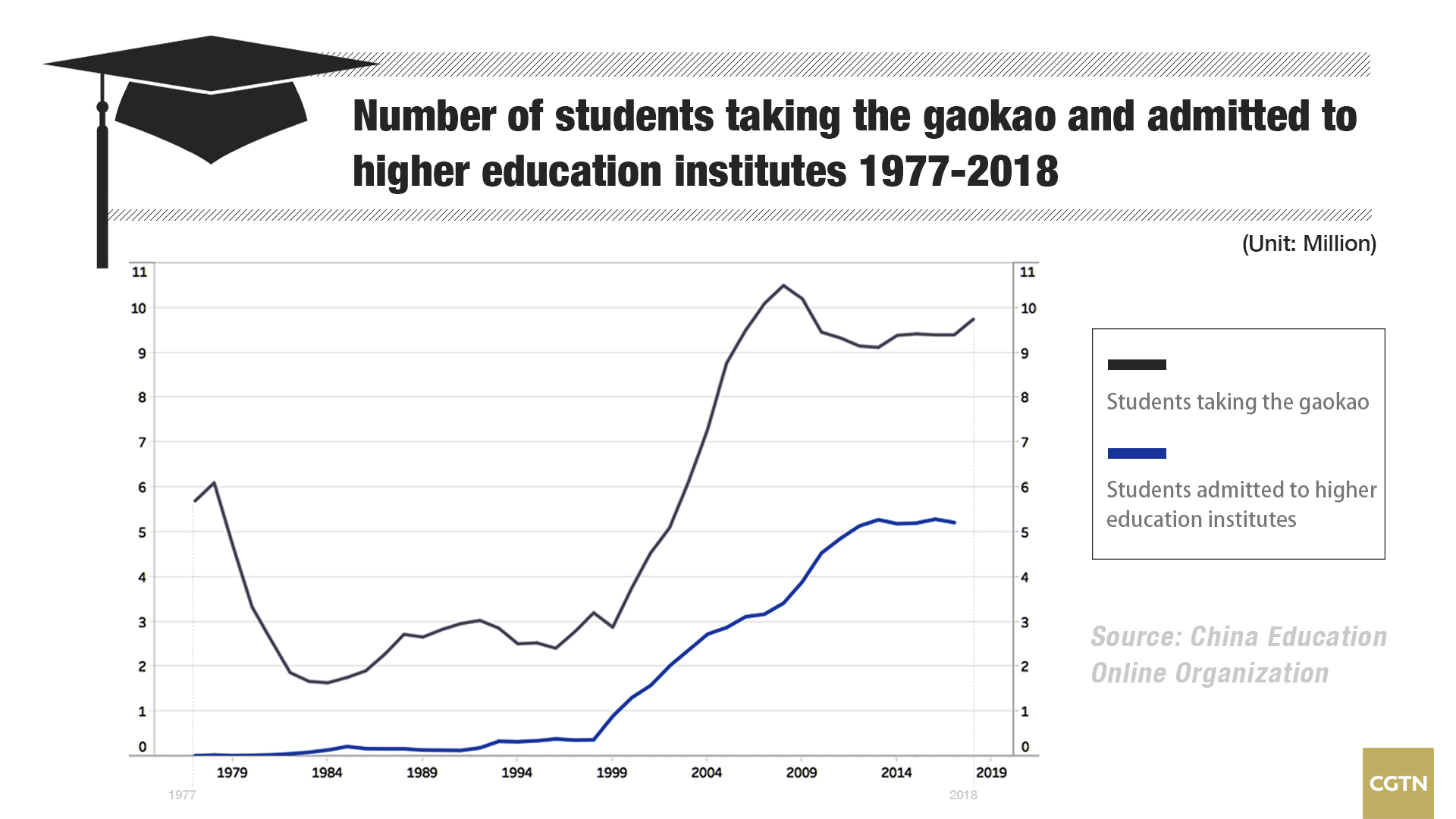 A record of 10.5 million people sat for the gaokao in 2008, but the number has been declining steadily since then. This year, 9.75 million students sat the exam, 350,000 more than those who took the exams last year.

As noted in the chart, Chinese higher education experienced a decade-long radical expansion of enrollment starting from 1999.

Do students get equal opportunities to get into top universities in China?

The university enrollment quota is distributed to each province or provincial-level municipality, such as Beijing and Shanghai. China's Ministry of Education has been making efforts to raise enrollment quotas for students from less developed central and western parts of the country and those from populous provinces.

This part uses Tsinghua University as an example to show how top universities are slightly shifting their admission quota for rural central and western areas in China to promote educational fairness.

Tsinghua University was ranked the top Chinese institute in the Asia University Rankings 2018. It ranked 30th in the world this year according to Times Higher Education. Most university rankings place Tsinghua among the best universities in China.

As shown in the graph, the enrollment quota has increased slightly from 2011 to 2015 for the five western provincial-level regions – Yunnan, Guangxi, Gansu, Tibet and Guizhou – whose average GDP per capita from 2010 to 2015 ranked the last in China. The five regions are highlighted on the map of China.

In addition, starting this year, sports, math and science competition winners nationwide will no longer get bonus points added to their gaokao results.

The ministry also canceled extra points for those who are named "provincial-level outstanding students" or those recognized for excellent moral performance. 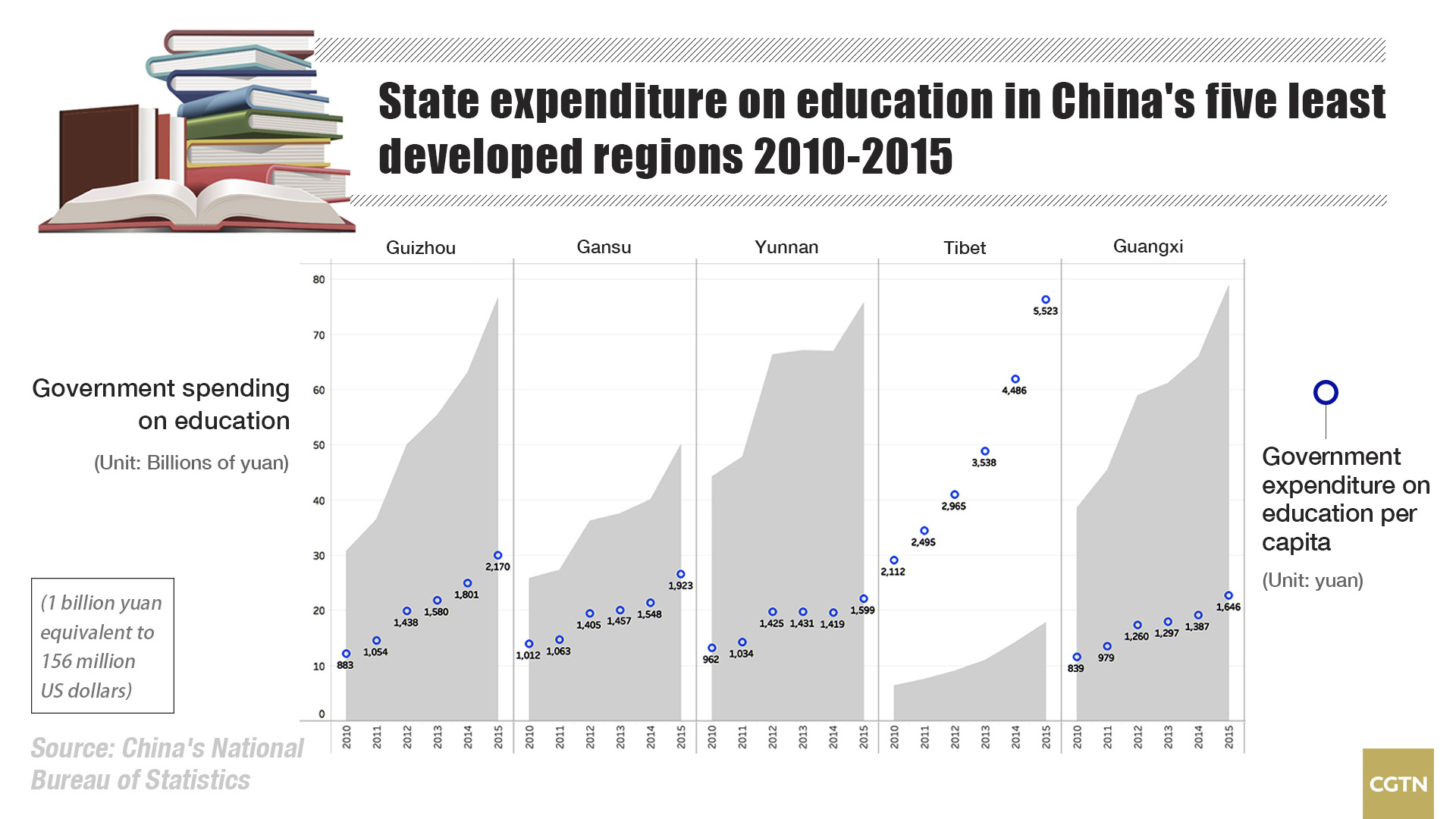 The rural central and western regions also enjoyed growing government expenditures, as shown by the data from China's National Bureau of Statistics. 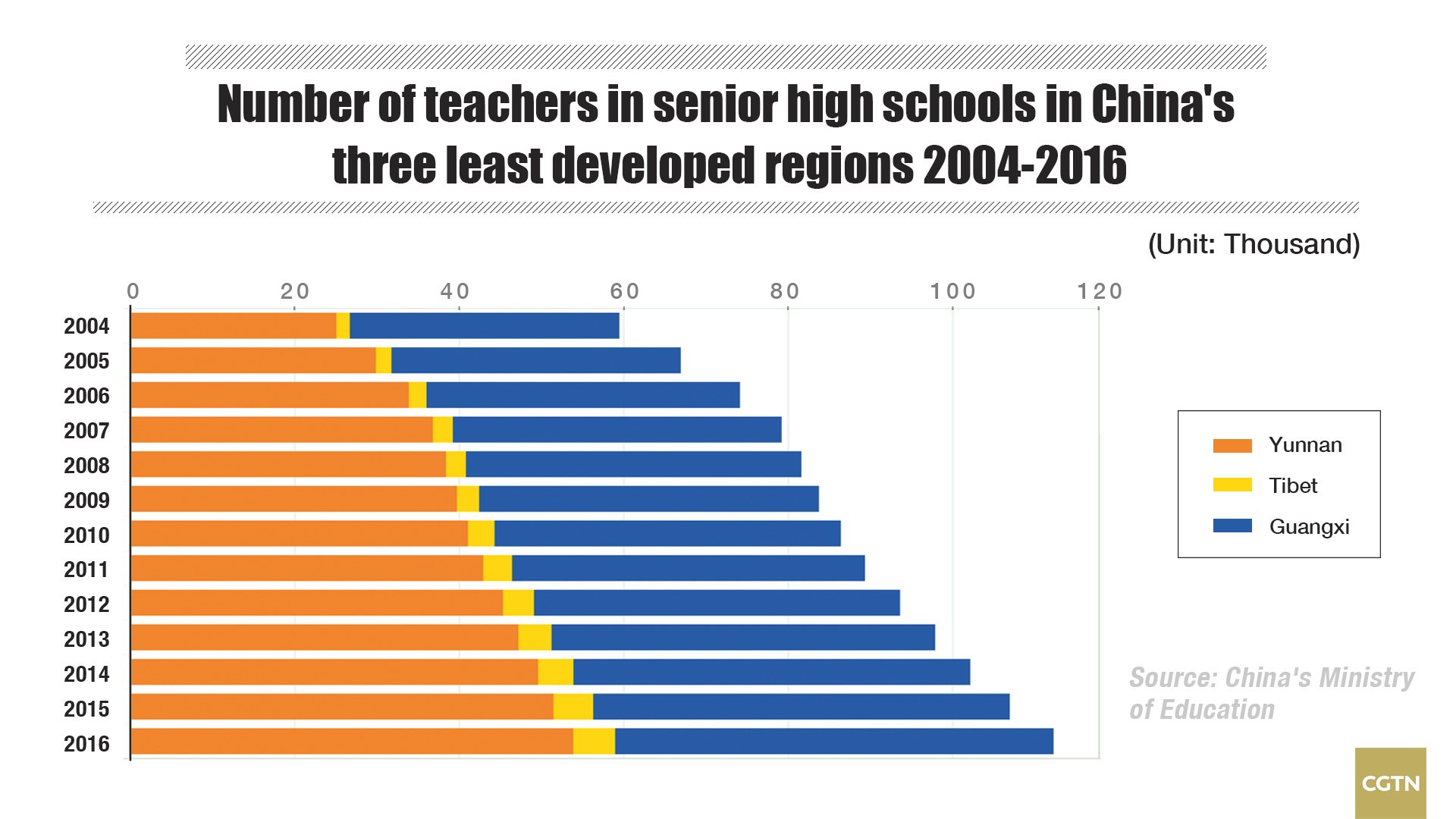 The number of teachers in the three least developed regions has been steadily rising from 2004 to 2016. 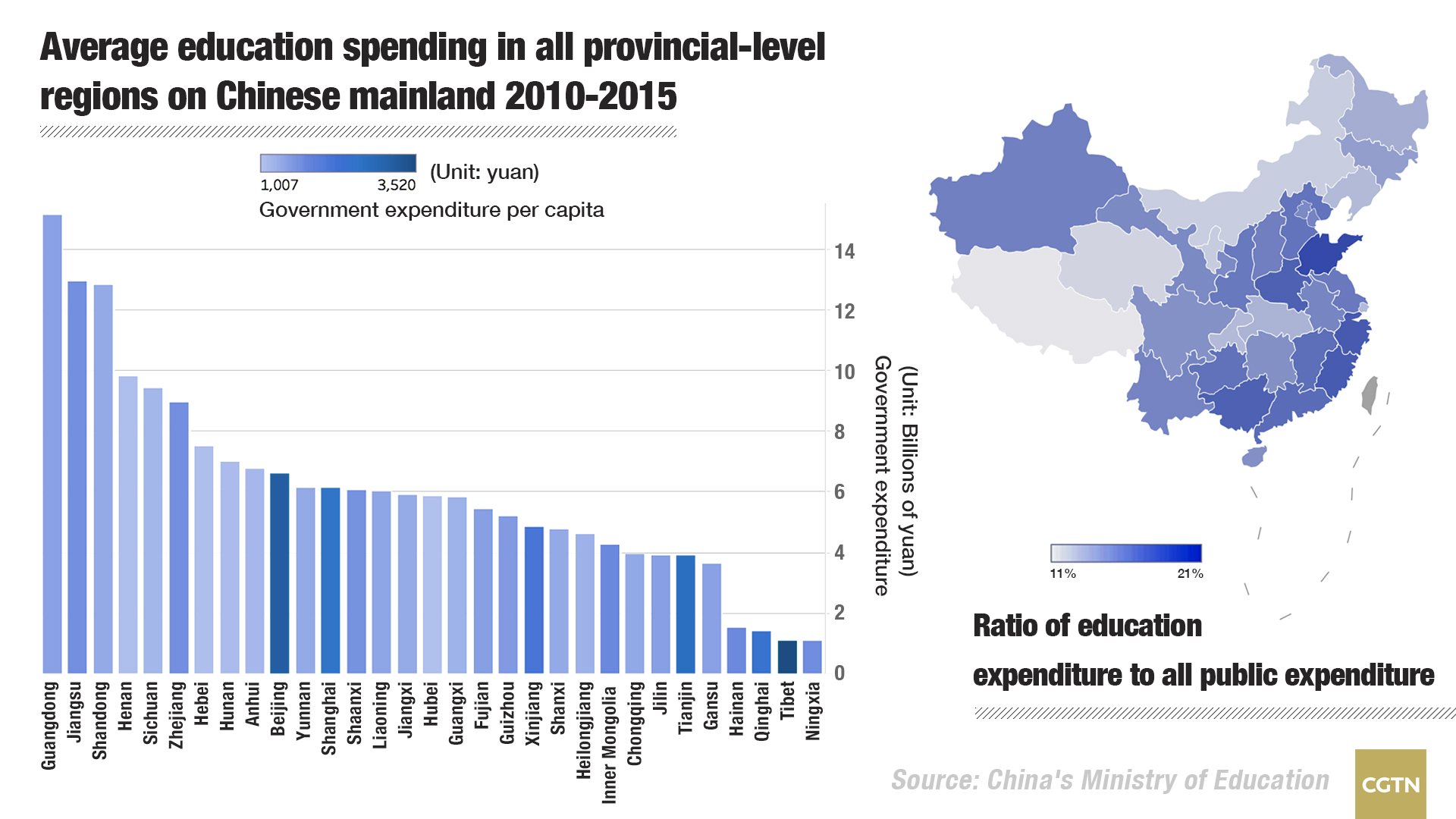 From the graphics above, we can see that Guangdong, Jiangsu and Shandong spend the most on education. As for government expenditures per person, Tibet, Beijing, Tianjin and Shanghai are the top four regions among all. 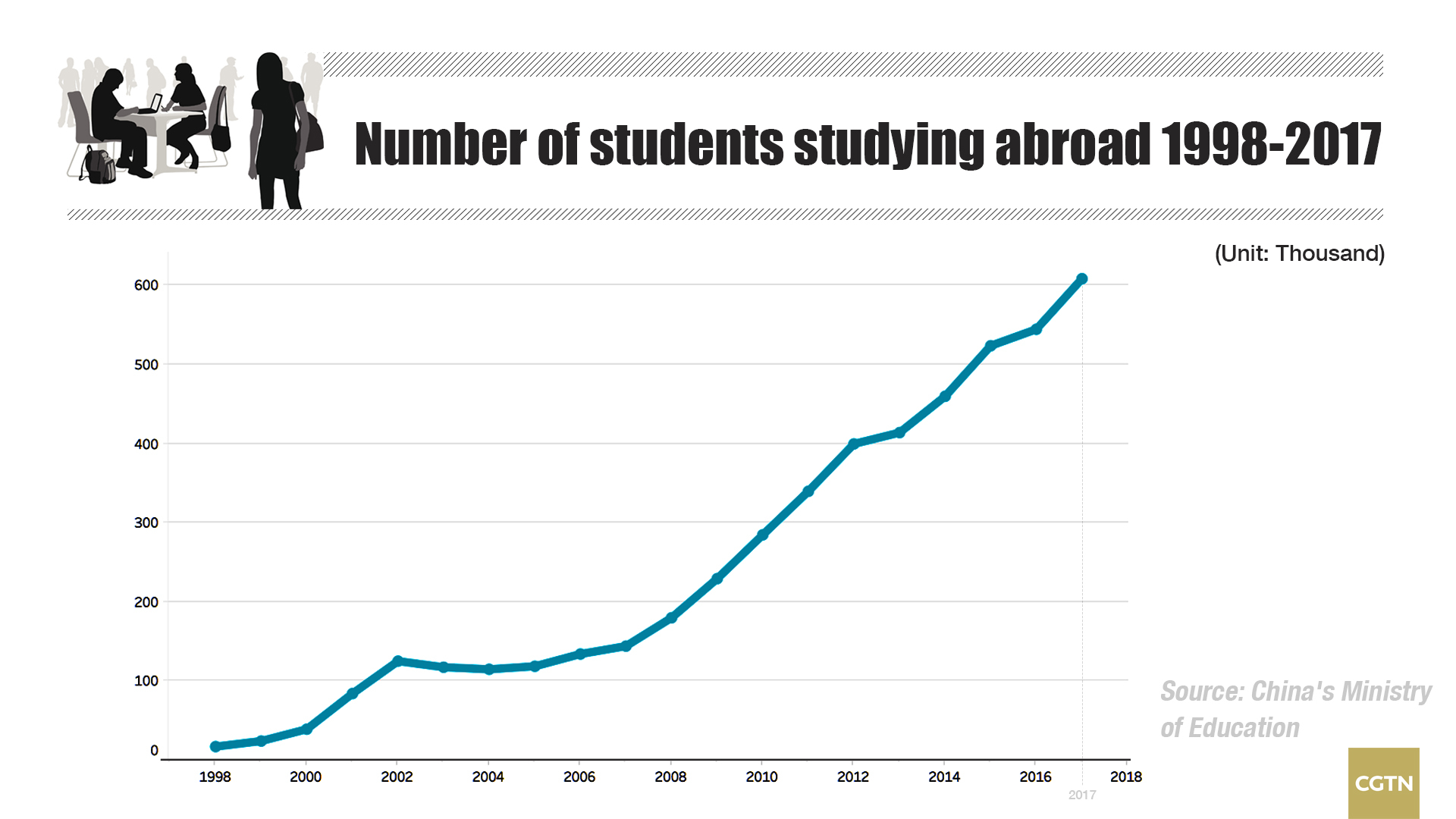 Many affluent Chinese families are walking away from the country's nationwide college entrance exam. Instead, they are sending their children overseas. It's a trend now among not only the rich but also middle-class families.

According to Project Atlas 2017 release, the U.S. remains the top overseas destination for Chinese students. 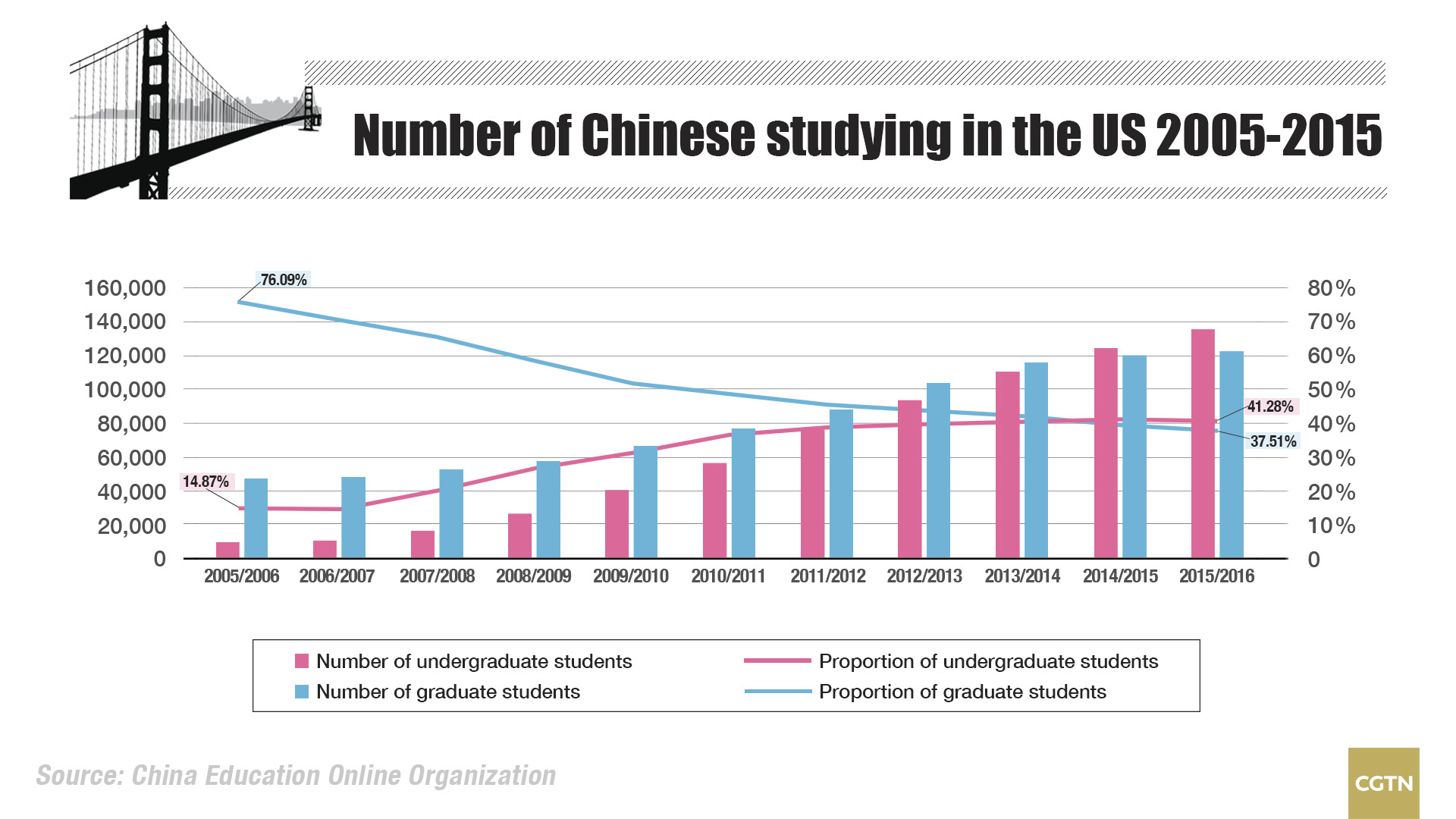