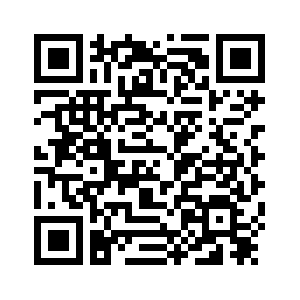 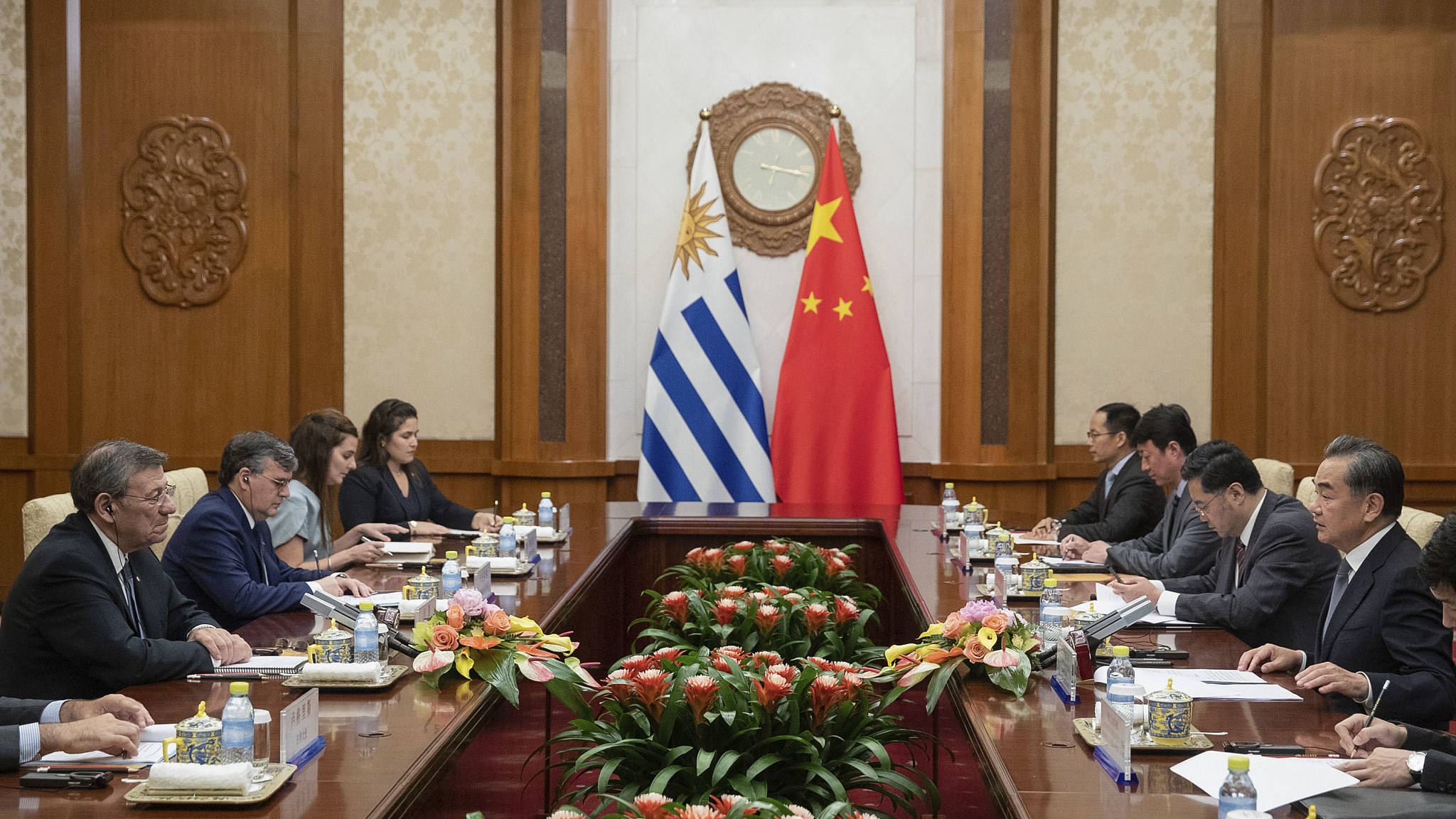 Editor’s note: Harvey Dzodin is a senior research fellow at the Center for China and Globalization, and a former legal adviser in the Carter administration. The article reflects the author's opinion, and not necessarily the view of CGTN.
Last week I had the privilege of meeting Uruguayan Foreign Minister Rodolfo Nin Novoa who was in China to, among other things, celebrate 30 years of diplomatic relations, inaugurate a new consulate in Guangzhou and seek new business partnerships.
Recently, the US imposed additional tariffs on 16 billion US dollars worth of Chinese imports and held hearings for 200 billion US dollars more. It got me to think about the completely different orientation to foreign policy and international relations of China and the US. In a phrase, one country likes to build bridges, the other country likes to build walls.
2018 marks the fifth anniversary of the landmark Belt and Road Initiative (BRI). Although most people mistakenly believe that it’s only about infrastructure, the BRI has five broad goals: policy coordination, facilities connectivity, unrestricted trade, financial integration, and building networks of multilateral and bilateral people-to-people connections.
As of July, more than 100 countries and international organizations have signed BRI cooperation agreements with China, extending the BRI from the Eurasian continent to Africa, the South Pacific, and Latin America and the Caribbean. 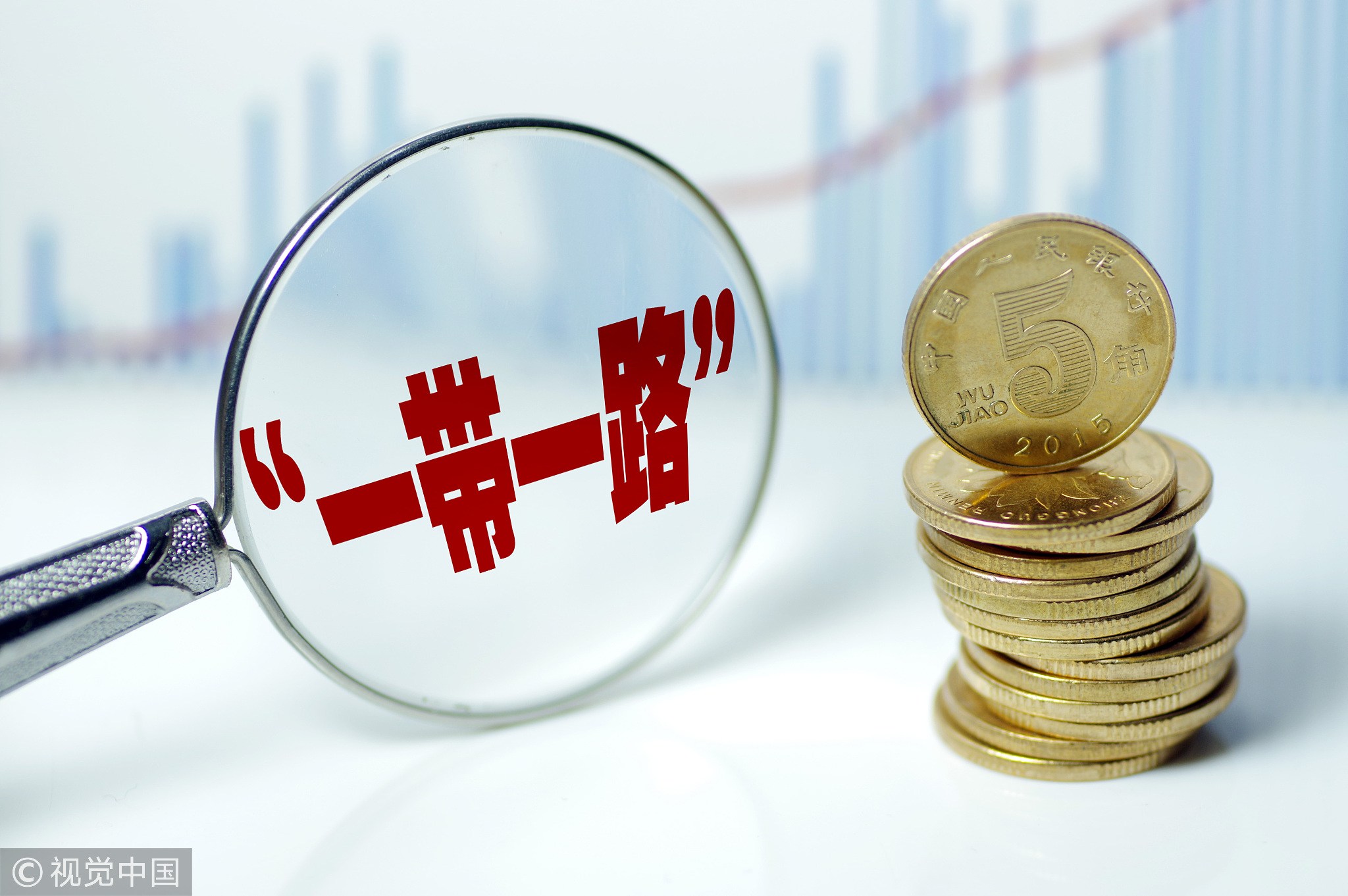 The words in the picture say, "The Belt and Road Initiative" /VCG Photo

The words in the picture say, "The Belt and Road Initiative" /VCG Photo

During Mr. Nin Novoa’s visit, Uruguay became the most recent country to formally affiliate, becoming the first Mercosur (or Southern Common Market) nation to join the BRI.
In the past five years, China's trade in goods with countries along the Belt and Road exceeded 5.5 trillion US dollars. During the same time, China initiated 82 overseas economic and trade cooperation zones in BRI countries, investing 28.9 billion US dollars and creating about 244,000 local jobs.
China also established 81 education institutions and projects as well as 35 cultural centers in BRI countries. In the first half of this year alone, China spent nearly 40 million US dollars on the Silk Road scholarships.
The bottom line is what President Xi talked about in Geneva, Switzerland, on January 18, 2017: “building a community of shared future for mankind.”
Two days later, Donald Trump was inaugurated as US president with a far different outlook, upending decades of global US leadership, saying that “from this day forward, it's going to be only America first.” It’s been downhill from there ever since.
Of course, when Trump says “America first” and “make America great again,” he means only the country called the United States of America, which his ”leadership” has disunited with ever-increasing venomous velocity. He excludes Canada, Mexico, Central and South America.
However, it gets worse. 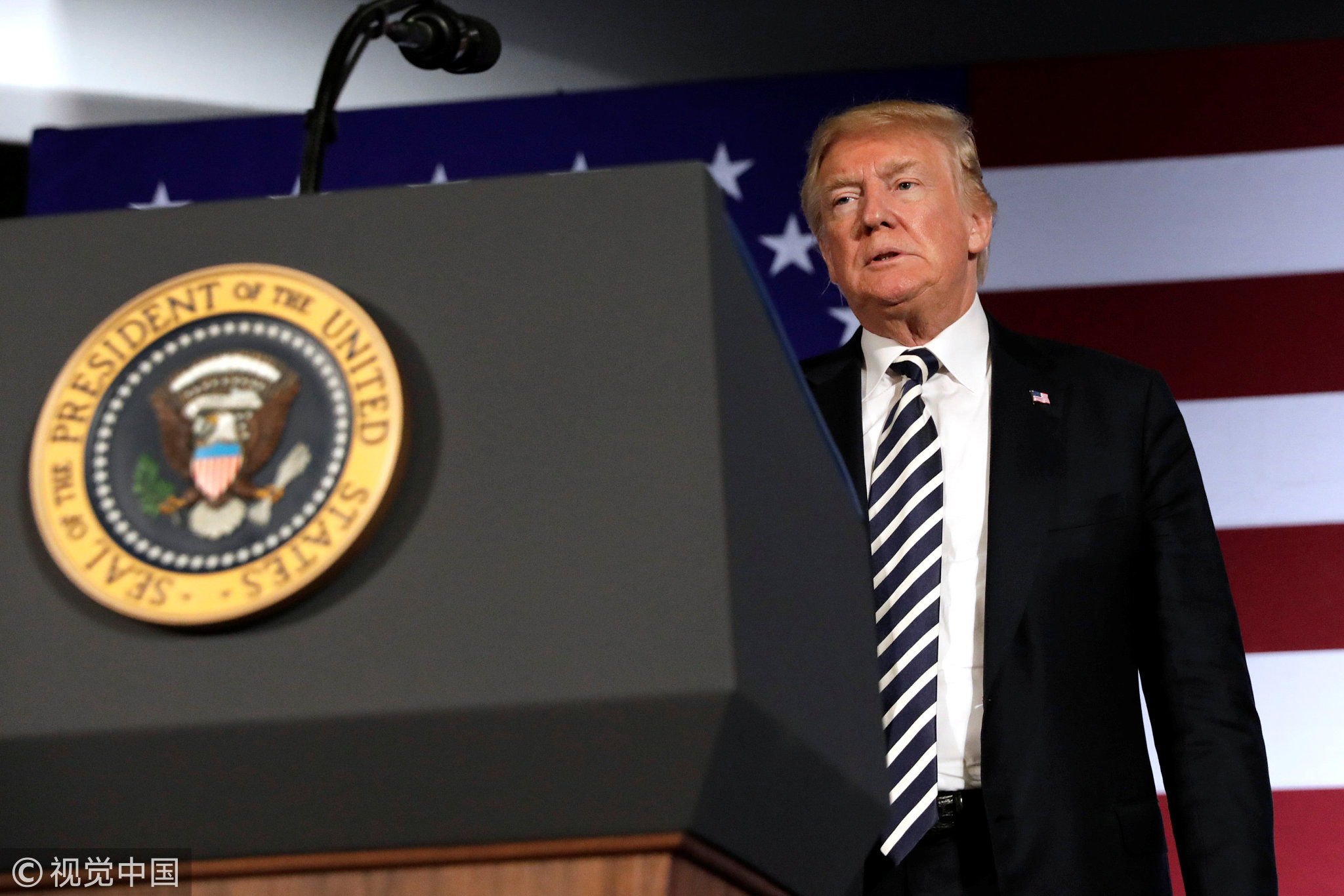 This January, while taking a six-day tour of Latin America, then Secretary of State Rex Tillerson declared that the 1823 Monroe Doctrine was “as relevant today as it was the day it was written.”
While Monroe said nearly two centuries ago “that the American continents are…not to be considered as subjects for future colonization by any European powers,” Tillerson was obviously thinking about China and the BRI. The furious reaction from Latin America was predictable. Contrast this with the BRI.
Montevideo, Uruguay’s capital, is nearly 20,000 km away from Beijing, yet is bilaterally much closer. The US, much nearer geographically and in the same hemisphere, is more distant.
Uruguay is physically about as far away from China as you can get. It’s called the Switzerland of Latin America for its political and economic stability, regionally ranking first in GDP. Uruguay is a world leader in ICT, information and communications technologies, and globally is one of the top seven most digitized countries.
Along with Canada, Uruguay has the highest scores on international indices for democratic values in the Americas. Not too shabby for a country of 3.4 million people and over 12 million cattle at the other end of the Earth! 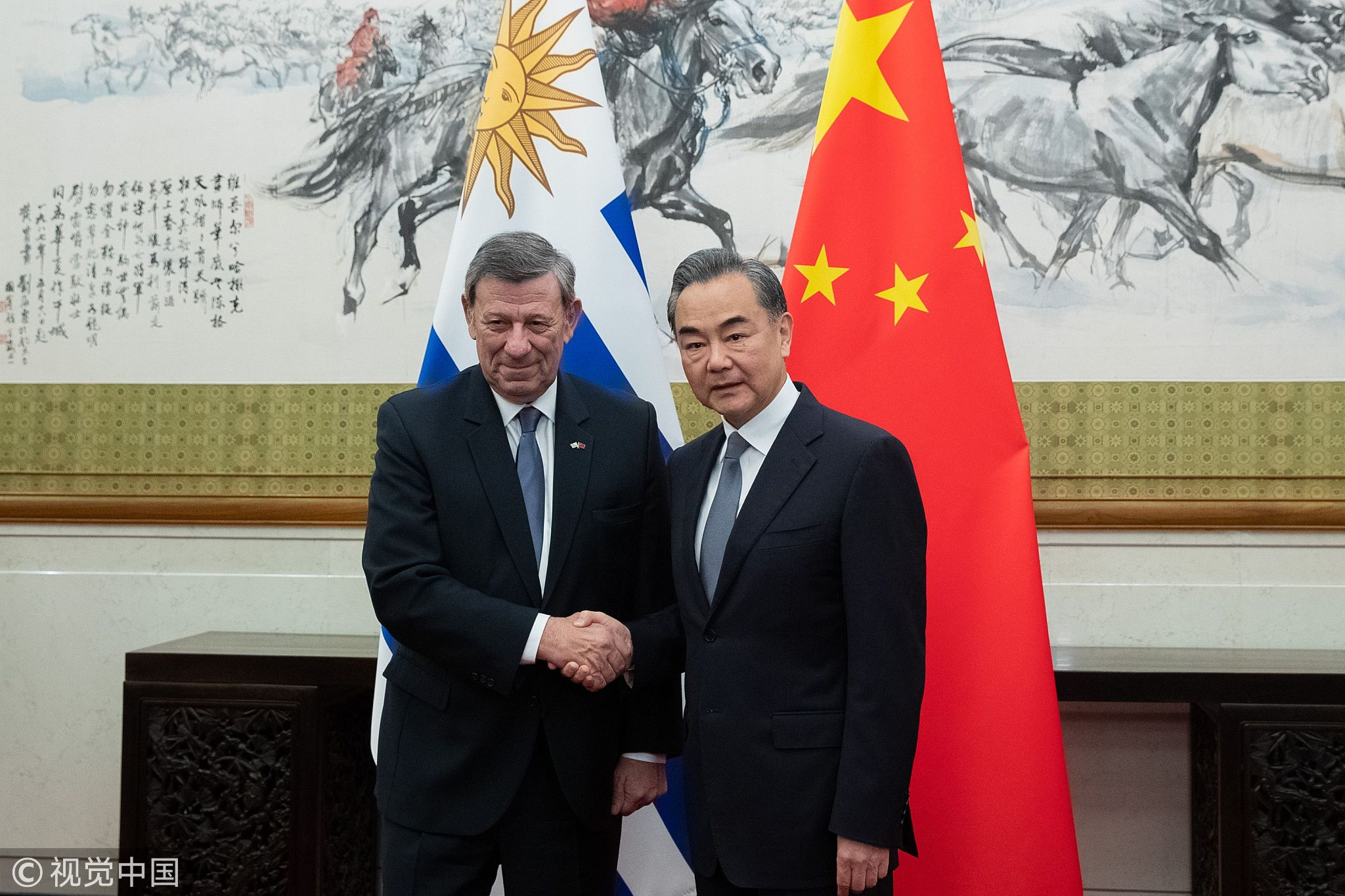 Maybe it’s the distance as Uruguay hardly ever makes the headlines internationally. It had its 15 minutes of fame recently when it made the quarterfinals of football’s World Cup. Uruguayans seem to have football in their blood and the first World Cup competition was actually played there in 1930, the first year Uruguay also won the championship.
It seems like China is rapidly warming to the sport with President Xi as its number one Chinese fan.
According to Uruguay’s ambassador to China, Fernando Lugris, ”When Uruguay’s president, Tabaré Vázquez, visited China in 2016, he gave President Xi a replica of the stadium where the World Cup was first played. This was symbolic of both the friendship between our two countries, and of an area (football) in which we’d like to pursue further cooperation with China in the framework of the 'Strategic Partnership' established then.
"Now, two years later, President Vázquez awaits President Xi’s upcoming state visit to Uruguay in order to upgrade our fertile 'Strategic Partnership’ into a ‘Comprehensive Strategic Partnership.’ We hope to strengthen our cooperation in trade, science and technology, while at the same time promoting our cultures in one another's countries.”
Only "America first” or “a community of shared future for mankind,” which one appeals to you?