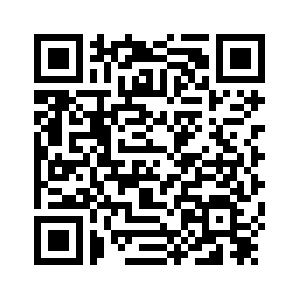 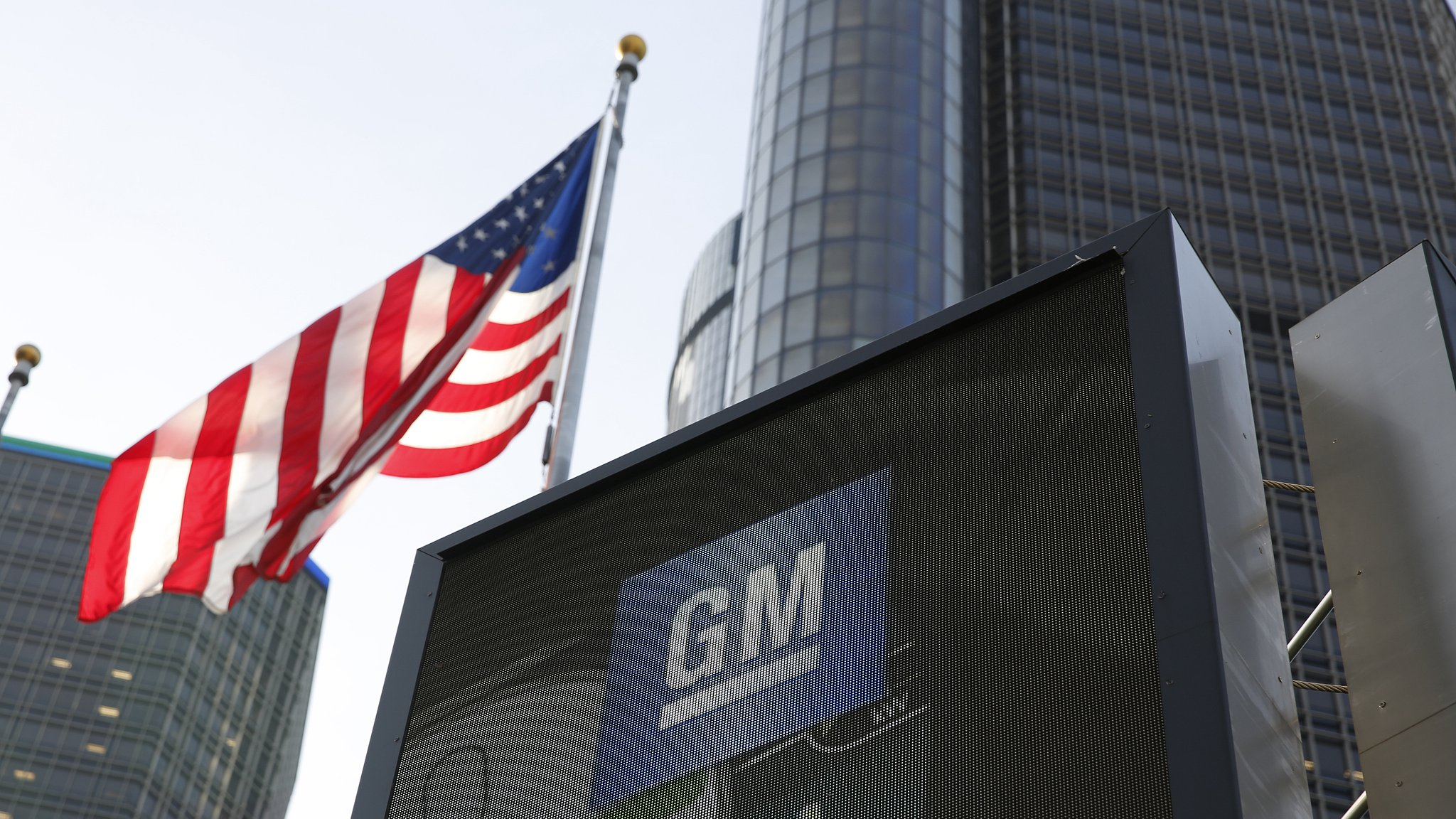 Editor's note: Dr. Yuan Sha is an assistant research fellow at the Department for American Studies at the China Institute of International Studies. The article reflects the author's opinion, and not necessarily the views of CGTN.
In this era of rapid changes, a business' willingness to reform tends to be the best way to survive and thrive. But sometimes it is confronted with a trade-off between short-term pain and long-term gain.
General Motors' latest decision of a major restructuring, which drew President Donald Trump's ire, is a case in point.

On the campaign trail, President Trump promised to bring jobs back to the U.S. And upon taking office, he has repeatedly used GM as a poster-child for the success of his tax cut and trade policies.
But on Monday, GM announced plans to cut 14,000 jobs and shut off five facilities in North America. GM's decision is like a slap in Trump's face.
Unsurprisingly, he chose to vent his anger over tweet, “Very disappointed with General Motors and their CEO, Mary Barra, for closing plants in Ohio, Michigan and Maryland,” and he went on to threaten, “We are now looking at cutting all @GM subsidies, including for electric cars,” “You better get back in there soon.” 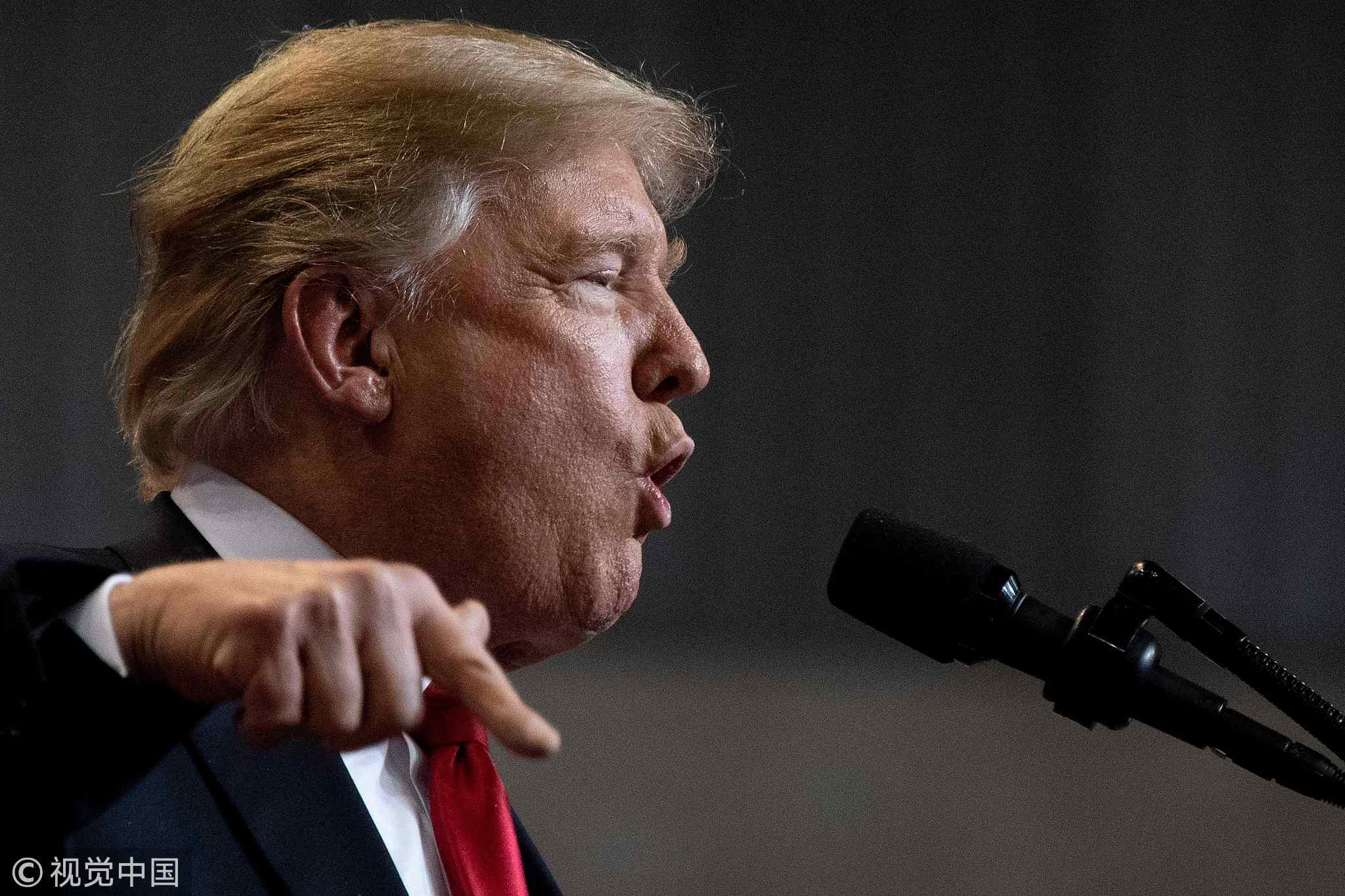 When he chastised GM in the tweet, “The U.S. saved General Motors, and this is the THANKS we get!,” he might have a point.
After all, GM was bailed out by the U.S. government after declaring bankruptcy in 2009. And a massive job cut is giving rise to an outcry among workers and is set to dampen employees' confidence, which will affect its future performance.
The subsidy he was referring to is the 7,500-U.S.-dollar federal tax credit available to buyers of electric cars produced by GM and other automakers.
White House economic adviser Larry Kudlow said the administration was “going to be looking at certain subsidies regarding electric cars and others, whether they should apply or not.” But withdrawing subsidies would need Congressional approval and legislation.
Besides, the threat would have limited impact on GM as the company will reach the 200,000 sales and will not be entitled to the tax credit in 2019 anyway. 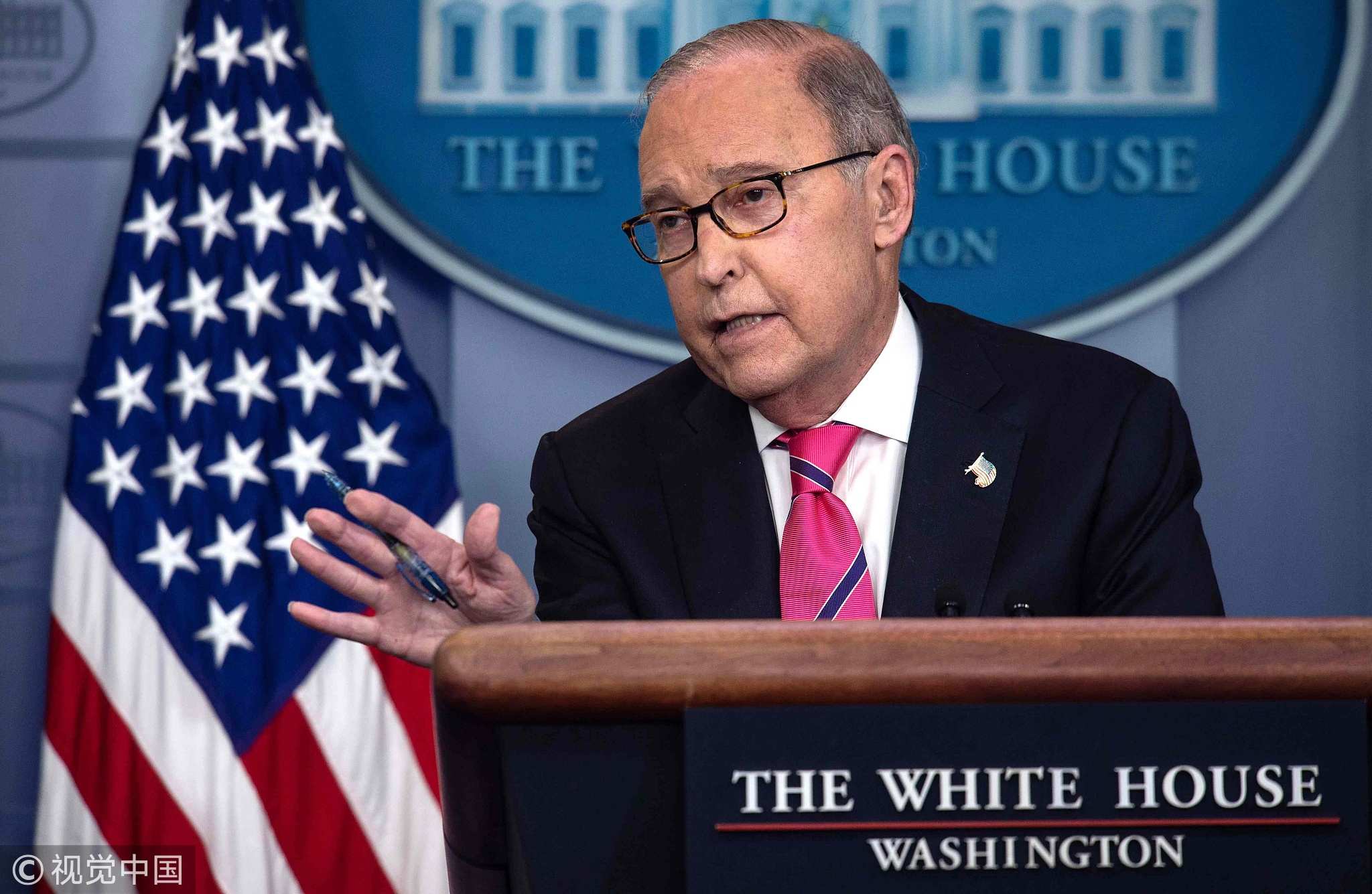 Director of the National Economic Council Larry Kudlow speaks at a press briefing at the White House in Washington, DC, November 27, 2018. /VCG Photo

Director of the National Economic Council Larry Kudlow speaks at a press briefing at the White House in Washington, DC, November 27, 2018. /VCG Photo

A business desperate for reform

GM also has its legitimate concerns. As a large conglomerate over a hundred years old, GM is desperate for reform. Under its new motto of "Zero Crashes, Zero Emissions, Zero Congestion," GM is taking a bold step at business restructuring to better prepare for the future.
It is aimed at streamlining operations and increasing efficiency. A quarter of the company's executives will be among the jobs cut. The plants to be shut are mostly making sedans which are running out of favor with U.S. consumers, and the company will shift to trucks and SUVs to meet the changing demand in the U.S. market.
GM estimated its restructuring effort would save 6 billion U.S. dollars a year for the company by the end of 2020.
It is embarking on a transition to new technologies. GM is facing increasing competition from more energy-efficient and cost-effective cars made in Japan, South Korea and China. It is also undercut by Silicon Valley's new interest in the automobile industry.
Tesla, Apple, Alphabet and Uber are making headway in developing self-driving cars. Even its long-term rival Ford is phasing out sedans and developing new technology. 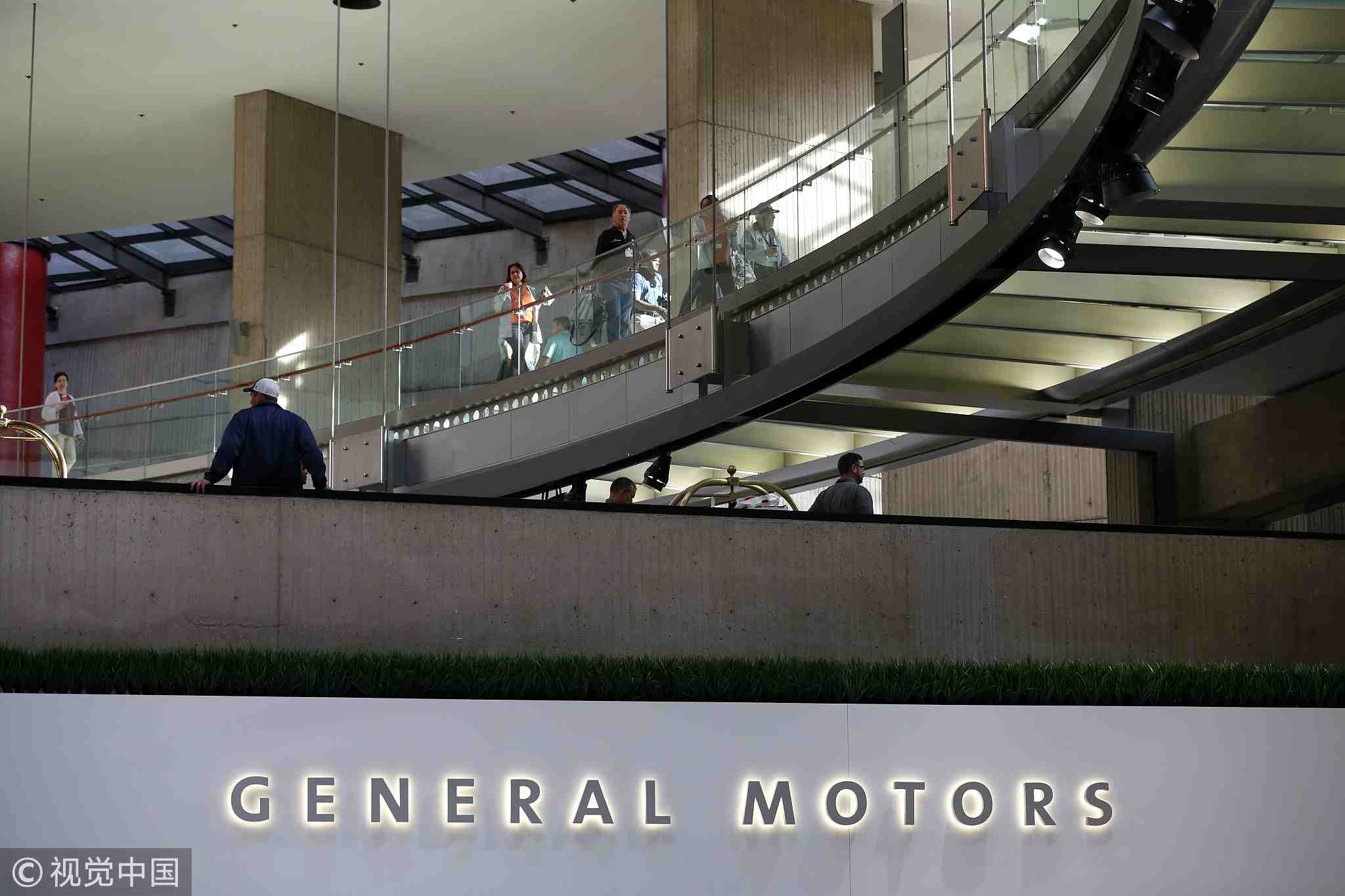 It is also trying to limit its impact by the U.S. protectionist trade policies. The U.S. tariff war is taking a toll on GM, by pushing up auto prices to record levels and raising costs for raw materials and auto parts. The higher commodity prices and dollar appreciation are estimated to cost the company 1 billion U.S. dollars.

What is upsetting Trump is the seeming failure of his trade policies. “Nothing being closed in Mexico & China”, he lamented, “General Motors made a big China bet years ago when they built plants there (and in Mexico) – don't think that bet is going to pay off. I am here to protect America's Workers!”
But GM is not the only company caught in this dilemma. When Harley Davidson announced in August to shift some jobs overseas, Trump threatened to tax the company “like never before” and even encouraged people to boycott. 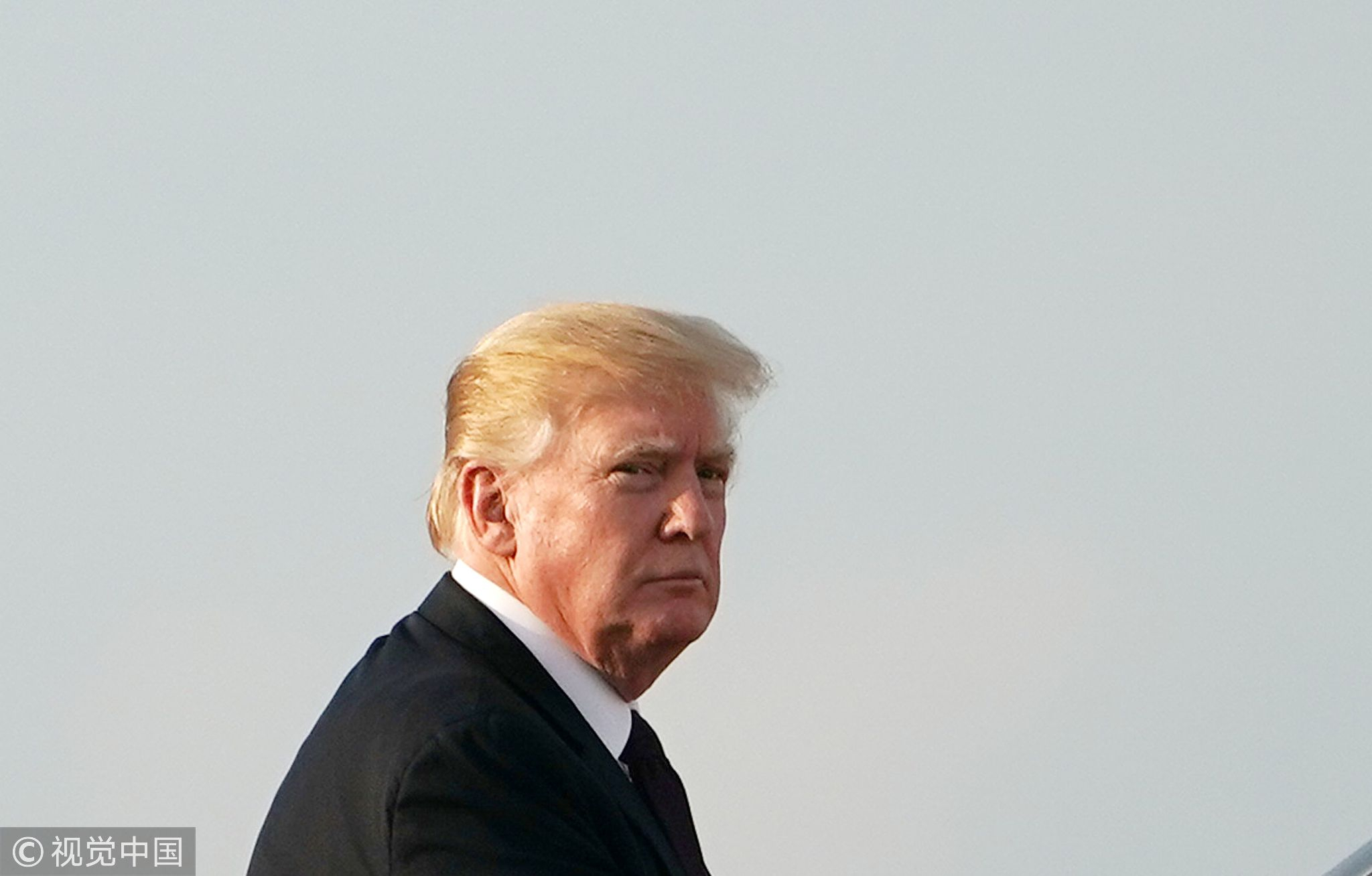 These developments did cast doubt on the effectiveness of Trump's trade policies. According to a report by the U.S. Chamber of Commerce in China, only a third of the 430 American companies that responded to the survey are considering moving out of China, but most would choose Southeast Asia or the Indian subcontinent, and only 6 percent of companies are considering moving their factories back to the U.S.
If this trend continues, it would bode ill for Trump's re-election in 2020, since the affected areas are politically vital regions in the industrial Midwest, which voted for Trump in the 2016 presidential election.
But the president's frustration is already making an impact. GM's stock price fell by 3.8 percent on Trump's tweet and closed 2.6 percent lower than the day before.
And the company also came up with a statement committing itself to “maintaining a strong manufacturing presence in the U.S.,” including increasing investment in factory facilities and facilitating job relocation.
(If you want to contribute and have specific expertise, please contact us opinions@cgtn.com.)