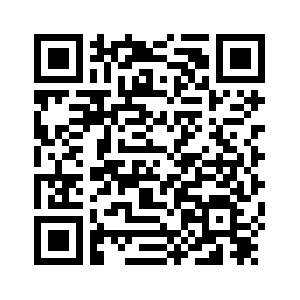 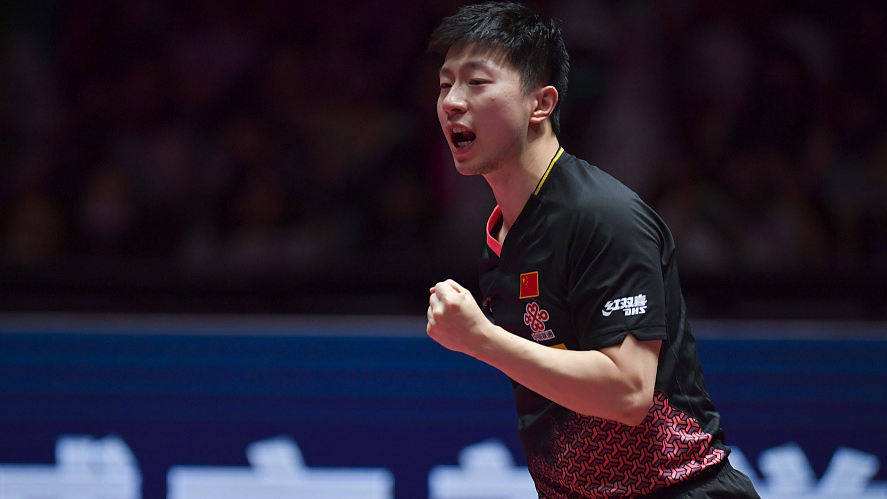 Chinese table tennis players Ma Long and Chen Meng Sunday night claimed the men's and women's singles titles respectively at the ITTF World Tour Platinum, China Open in Shenzhen.
Ma Long, the 11th seed, beat compatriot and No.2 seed Lin Gaoyuan 12-10, 11-5, 11-5, 11-4 to win a record-breaking 28th men's singles title.
In the first set, Lin clawed back from 8-10 to level at 10-all, but Ma clinched it by taking the next two points.
In the third set, Lin called a timeout when trailing 5-2 but could find no answer to the aggressiveness of Ma who went on to win convincingly. 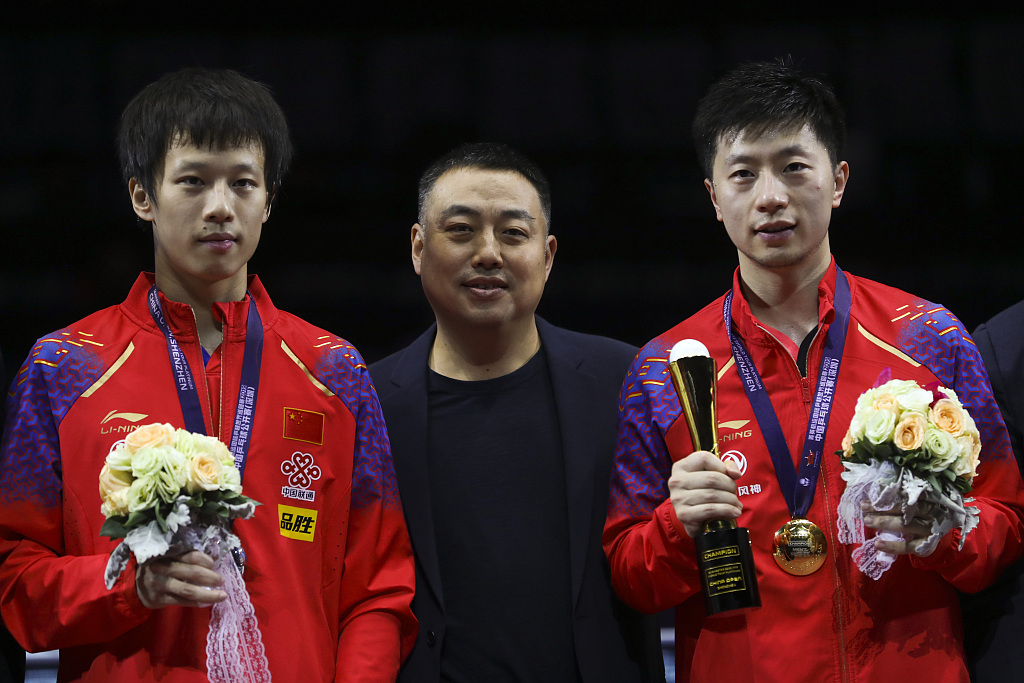 Ma moved one title ahead of Vladimir Samsonov of Belarus, who had 27 ITTF world tour titles. Retired Chinese players Wang Linqin had 21 and Ma Lin had 20, followed by German veteran Timo Boll who had 19.
"I did focus on every match, rather than caring about the record," Ma said.
"Of course I am very happy to win this title, and I am even happier that it was president Liu who awarded me the trophy," Ma said after the medal ceremony. 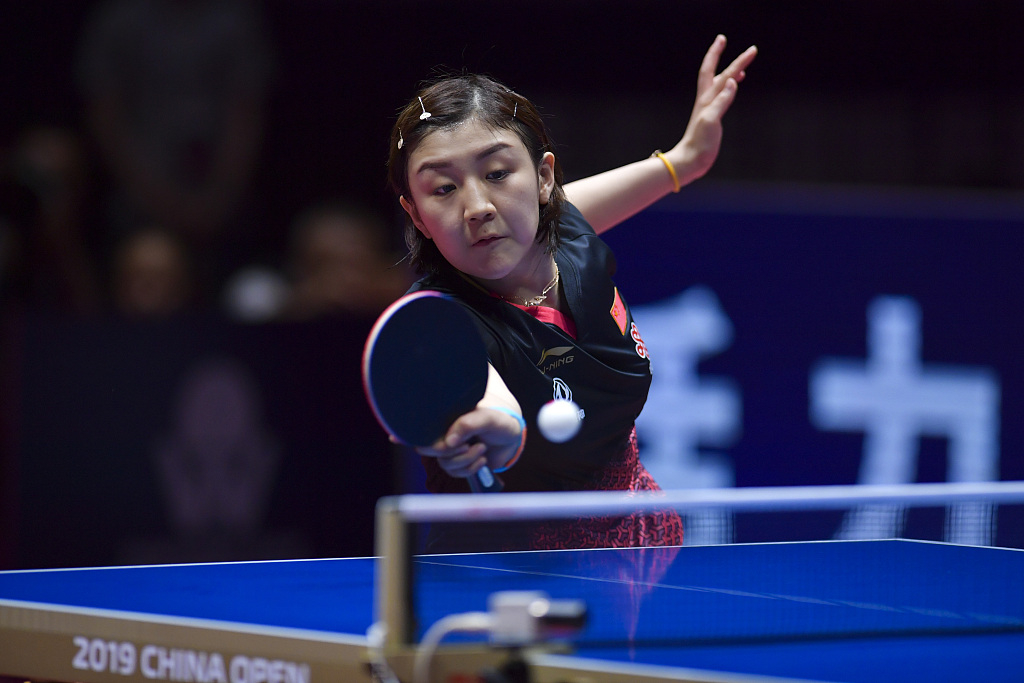 The 25-year-old Chen Meng has won the second singles title of the year. /VCG Photo

The 25-year-old Chen Meng has won the second singles title of the year. /VCG Photo

Earlier, second-seeded Chen beat compatriot Wang Manyu, seeded 4, in five sets (11-3, 8-11, 11-9, 11-9, 11-7) to nail the women's singles title.
The fourth set came at a crucial phase of the competition. Wang established a 7-3 lead, but Chen clawed back to 8-7, forcing Wang to call a timeout. Chen then added the next two points at 10-8 grabbing two game points and made it at the second attempt.
"Shenzhen is my lucky place," Chen said after her success. "Last time I won the Marvellous 12 and qualified for World Championships. Wang Manyu and me, we are too familiar with each other. We train together every day. We play against each other several times a year. Today is all about how we play on the court. My coach Ma Lin encouraged me a lot."
(With input from Xinhua)