Opinion: NATO summit will be another pressure test for the West
By Sun Chenghao 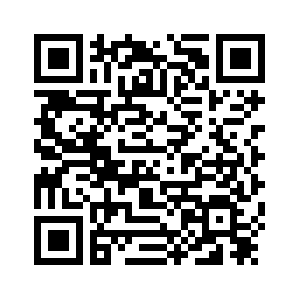 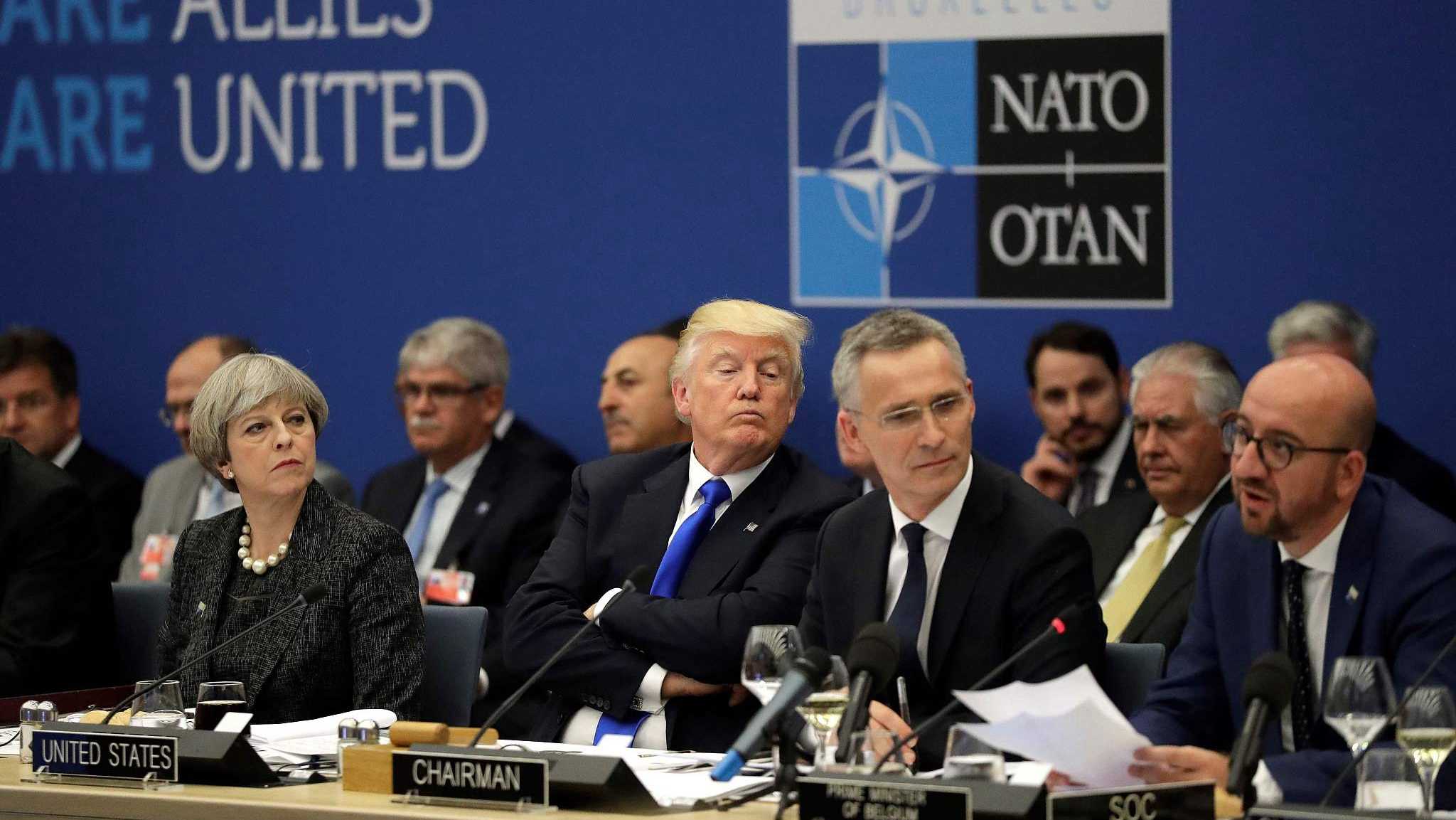 Editor's note: Sun Chenghao is an assistant research fellow at the Institute of American Studies, under the China Institutes of Contemporary International Relations based in Beijing. The article reflects the author's opinions, and not necessarily those of CGTN.
This year's NATO summit slated for July 11-12 in Brussels will attract more attention than that of last year, not only because US President Donald Trump will attend the event, but also because the Western alliance will face another pressure test following their rifts at their G7 summit last month in Canada. Trump could, again, walk away from the NATO summit, a possible nightmare for America's NATO allies.
Since his presidential campaign, Trump has been extremely critical about NATO. He called the organization “obsolete” and suggested that the US might not help defend NATO countries if they didn’t reimburse the US cost of its military assets in Europe. After taking office, Trump has retreated from his previous stance a little bit but still failed to endorse the Article 5 of the North Atlantic Treaty, NATO's mutual defense clause, until his speech in Poland in July last year.
The core issue that Trump cares most about NATO is burden sharing. Trump always insists that US allies should spend more on defense and especially that NATO members should meet a pledge to spend at least 2 percent of GDP on defense spending, in the context of Trump's "America First" doctrine. 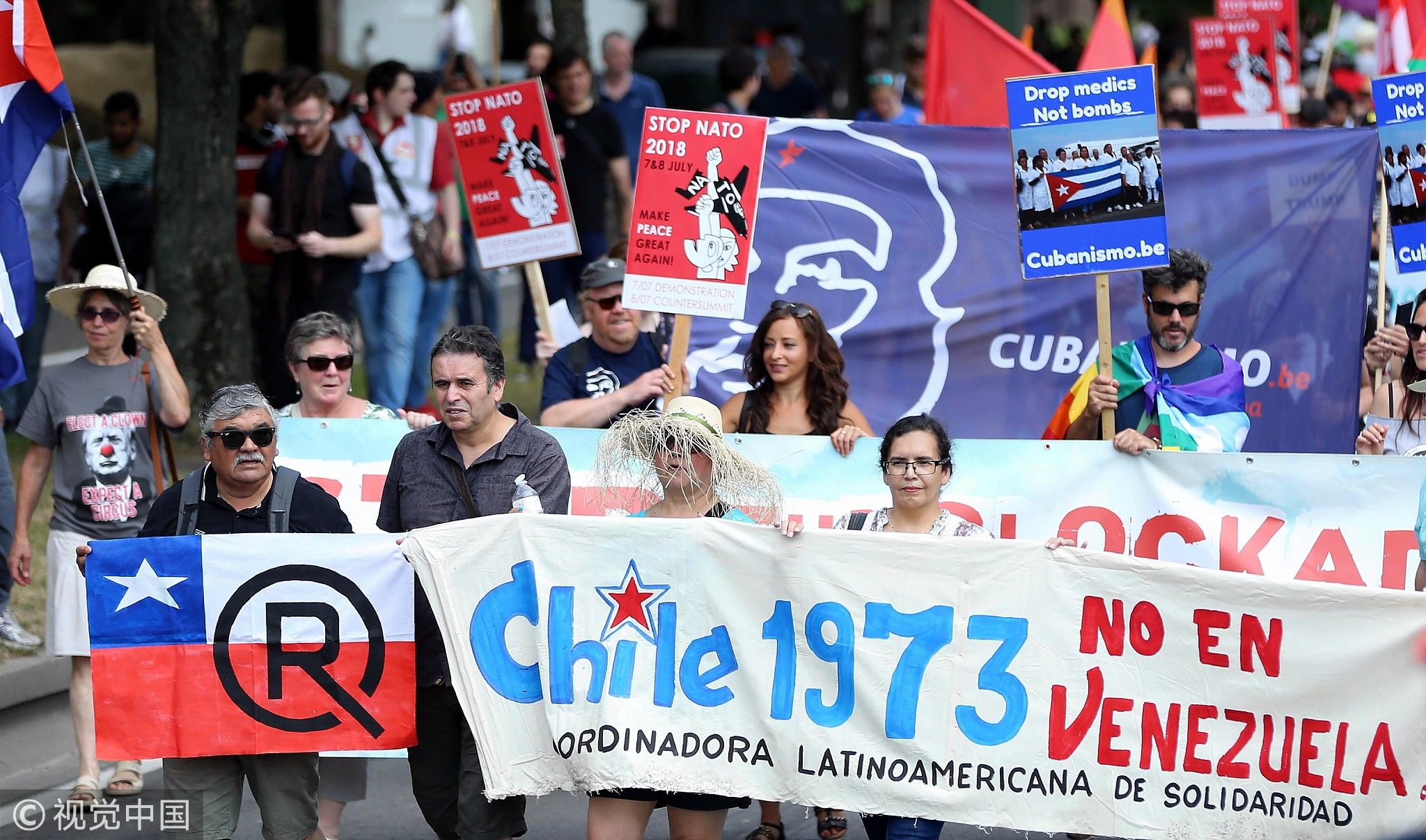 A protest against US President Donald Trump ahead of the upcoming NATO summit, in Brussels, Belgium, July 07, 2018. /VCG Photo

A protest against US President Donald Trump ahead of the upcoming NATO summit, in Brussels, Belgium, July 07, 2018. /VCG Photo

The message of burden sharing is not new to NATO members. Trump's predecessors have long asked allies to spend more. But one of the major differences is that past US presidents urged for the defense spending partly because they hope it could be conducive to counterbalancing Russia's influence. However, it seems that Trump is considering the issue only in a business and mathematical way rather than from a geostrategic design.
In fact, Europe's defense spending was already on the rise in recent years. At the 2014 Wales Summit of NATO, the members promised to move toward the preexisting guideline of spending 2 percent of their GDP on defense. And countries which spend less than 2 percent should aim to strive toward the 2-percent target within a decade.
Besides the common understanding on defense spending, after the Ukraine crisis, European countries suddenly realized it had not entered the "Postmodern" era as it had once thought. Instead, the continent is still facing the traditional issue of "war and peace." Geopolitical rivalry has never left.
But until 2017, only a limited number of NATO members reached the 2-percent goal, including Greece, UK, Estonia, while most European countries still missed the spending target. Slovenia, Spain, Belgium and Luxembourg spent the least on defense last year, under 1 percent of their GDP, lagging far behind US contributions to the organization.
The worst thing for Europe is that Trump's commitment to European security is wavering. After the Cold War, without a Soviet Union to confront, one of the most significant points of maintaining NATO is to contain Russia by squeezing its strategic maneuvering space. But Trump's flirtation with his Russian counterpart Vladimir Putin has sent warning signals to Europe and made allies uneasy and frustrated. This time, if a divided NATO summit is followed by a friendly Trump-Putin summit, it will further put Europe on tenterhooks. 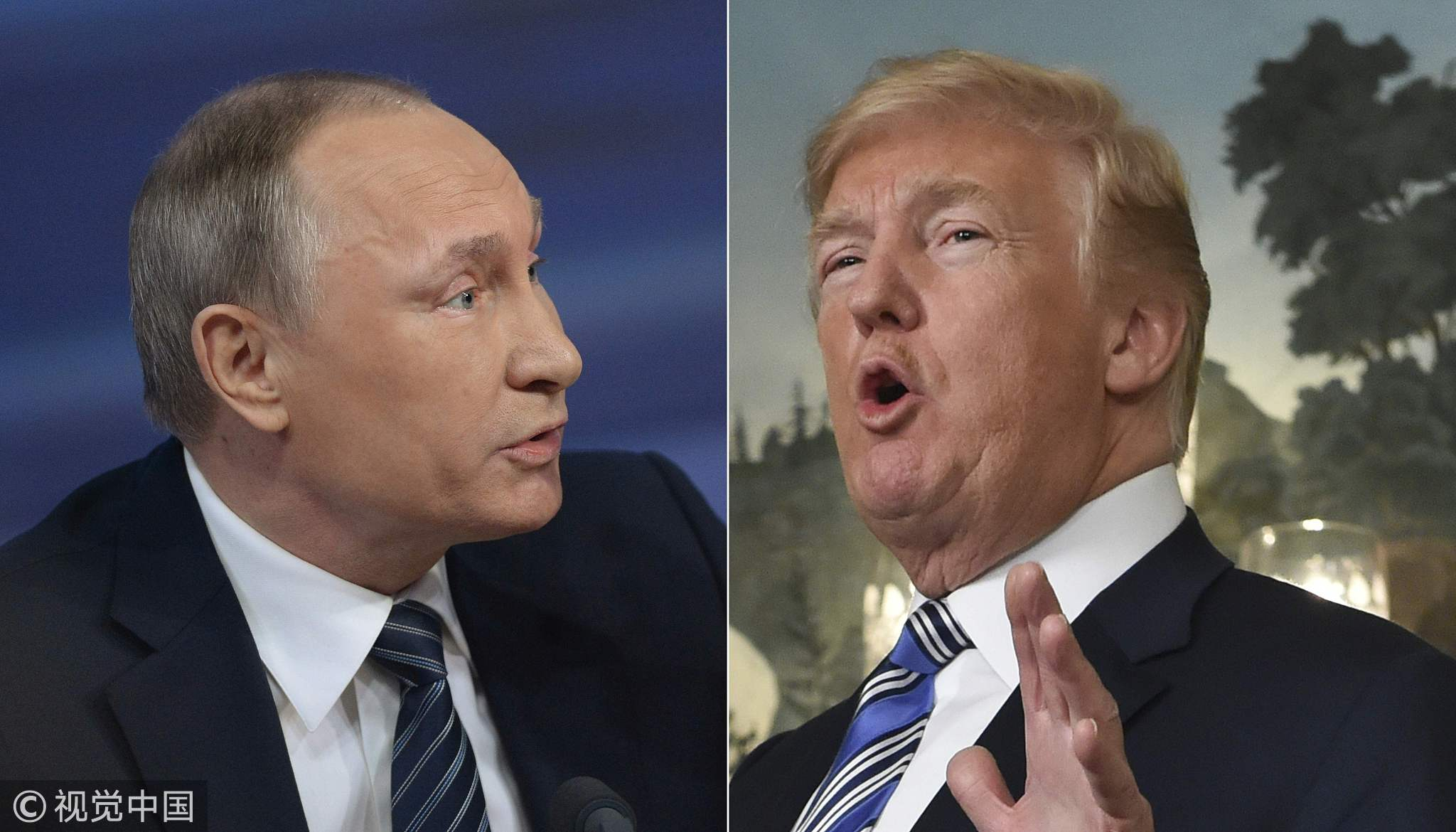 However, the West will not be demolished overnight because of President Trump's elusive policy. What he wants is a new division of labor between the US and its European allies on global affairs. From Washington's perspective, European countries should seek to take care of its own security and its periphery regions including the Middle East.
It is a difficult time for Europe. A post-Europe America is no longer engaging in every facet of European security and economic affairs, and the strategic disengagement with Europe is much more obvious on the trade and economic front during the Trump administration. To seek strategic independence from the US will be more painstaking, but Europe must understand that the good old time of "strategic vacation" is over, because the US under Trump is different and so is the whole world.
(Cover Photo: UK Prime Minister Theresa May, US President Donald Trump and NATO Secretary General Jens Stoltenberg look on as Belgian Prime Minister Charles Michel speaks during a working dinner meeting at the NATO headquarters in Brussels, Belgium, during a NATO summit, May 25, 2017. /VCG Photo)