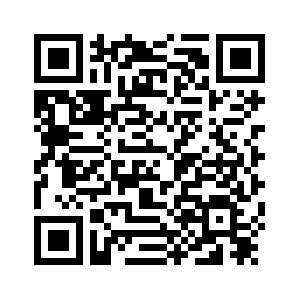 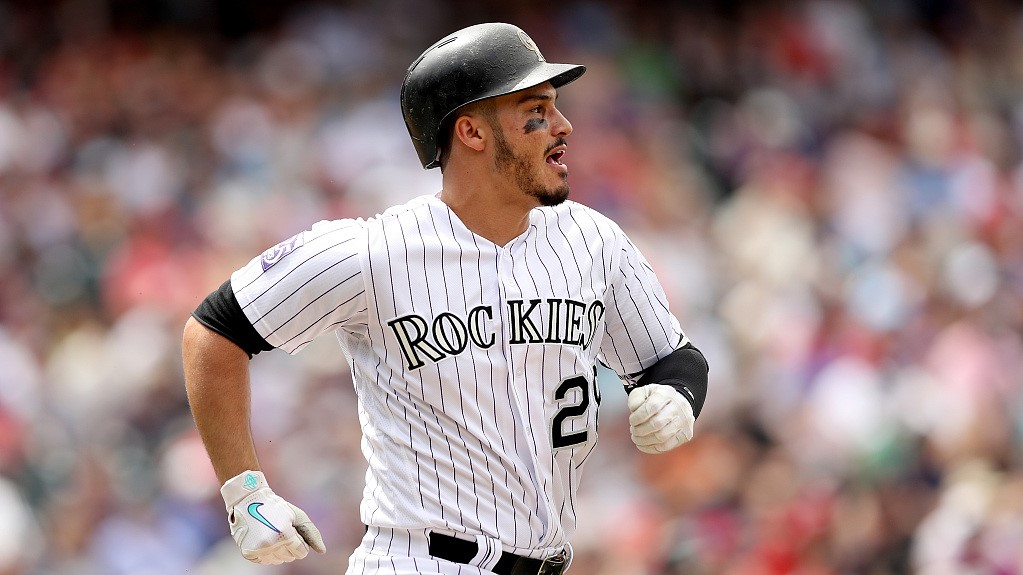 The Colorado Rockies threw a bomb into the MLB's transfer market on Tuesday by reaching an eight-year, 260 million-U.S.-dollar deal with the team's third-baseman Nolan Arenado, removing him from the 2020 free agent list.
Though in total number, Arenado's 260 million was beaten by Manny Machado's 300 million with the San Diego Padres, on average, Arenado could make 32.5 million dollars per year, not only more than Machado's 30 million but also the highest for any position player. "At the end of the day my heart was here. I don't go off what everyone else is doing. I never have," said Arenado. 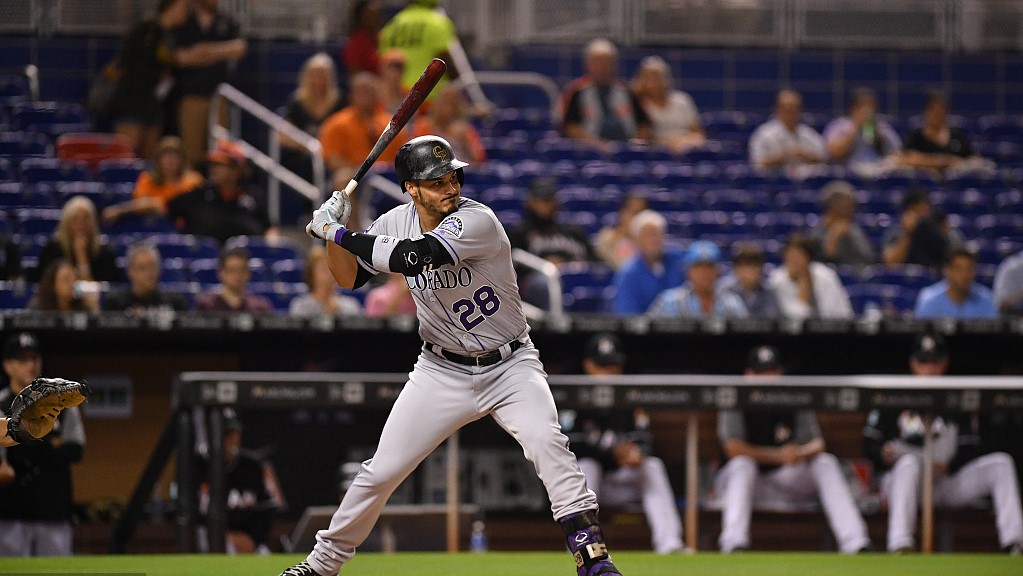 Nolan Arenado of the Colorado Rockies bats in the first inning against the at Marlins Park, April 27, 2018. /VCG Photo

Nolan Arenado of the Colorado Rockies bats in the first inning against the at Marlins Park, April 27, 2018. /VCG Photo

In January, the four-time All-Star player accepted a one-year, 26-million-U.S.-dollar contract offered by the Rockies. The new extension will earn him 35 million U.S. dollars every year between 2020 and 2024, 32 million in 2025 and 27 million in 2026. After the 2021 season, Arenado will need to decide whether to opt in for the rest of the contract and he has a full no-trade provision.
Besides the desire to stay in the team that selected him in the 2009 MLB Draft, Arenado also had other considerations. What happened to Machado and Bryce Harper on the free agency market reminded Arenado that there's no guarantee for what offered he could receive from the teams. Furthermore, if he tries his luck next year, he will be 28 years old, two years older than Machado and Harper. 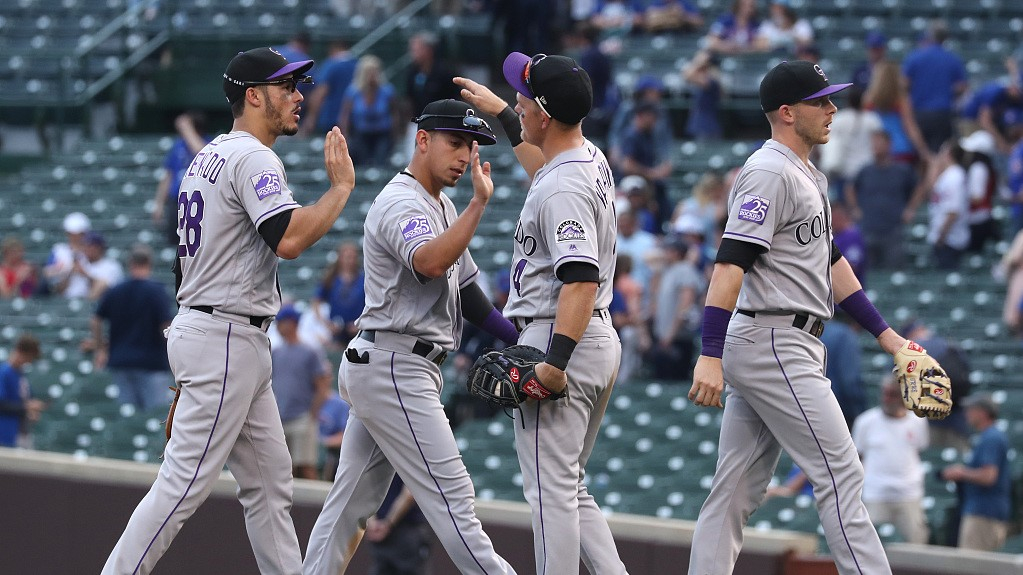 Players of the Rockies celebrate their 11-2 win against the Chicago Cubsm May 2, 2018. /VCG Photo

Players of the Rockies celebrate their 11-2 win against the Chicago Cubsm May 2, 2018. /VCG Photo

And if Arenado wants to join one of the five teams in his home state of California, he should know this: Four of the five teams there - the Los Angeles Dodgers, the Oakland Athletics, the San Diego Padres, and the San Francisco Giants - already have their third-baseman. The only team with an open spot, the Los Angeles Angles, must save money for Mike Trout. So why take the risk when the best option is already on the table?
The deal was good for the Rockies, too. Arenado was the league's only player who has won the Gold Glove Award for the past straight seasons. He led the National League in home runs in three seasons and ranked No.3 in MVP voting in 2018. Arenado's already one of the league's top all-round players and the Rockies made the right choice to build their franchise around him.