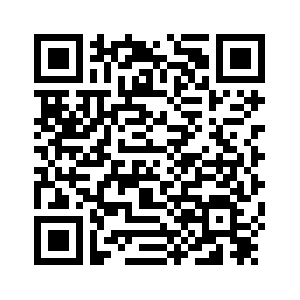 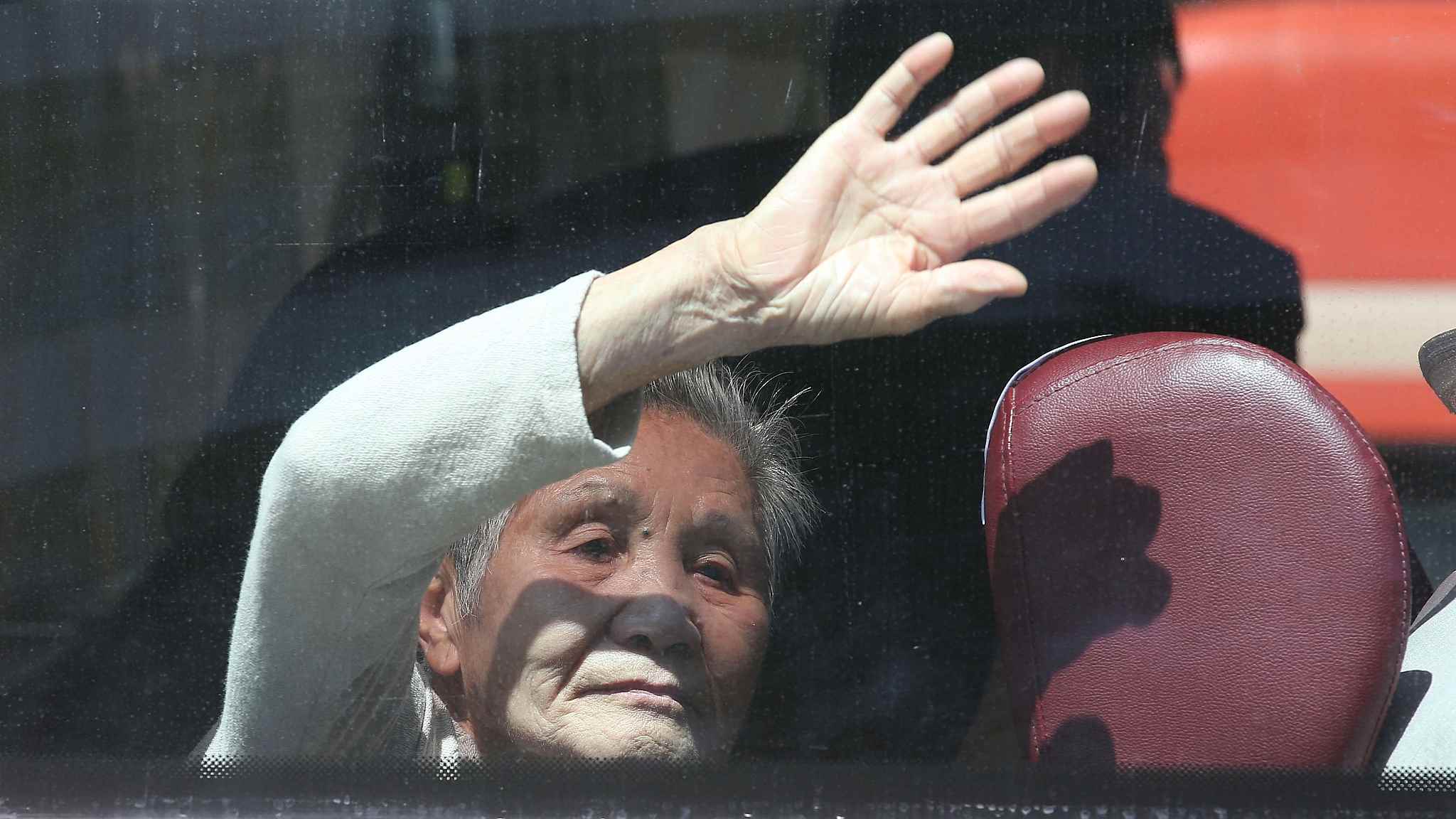 It's hours before registration but Lee Chun-ae eagerly awaits in the lobby of the Hanhwa resort in Sokcho, the Republic of Korea (ROK), three large suitcases in hand.
She holds on to her son tightly, telling him she's been waiting for this moment her entire life.
"I left my younger brother and mother in the Democratic People's Republic of Korea (DPRK)," Lee says, trying to hold back her tears. "And it's been a nail in my heart ever since."
Lee, like the many others who were separated from their families during the Korean War, has a complex story, layered and spanning over seven decades. 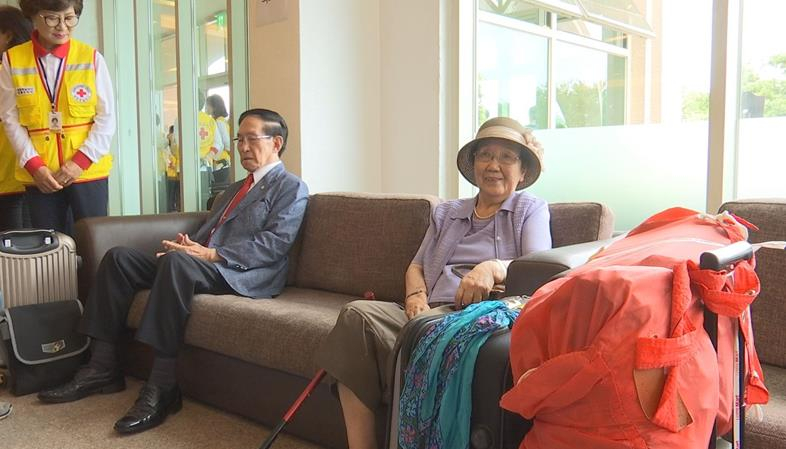 Lee Chun-ae awaits in the lobby of the Hanhwa resort in Sokcho, ROK. /CGTN Photo

Lee Chun-ae awaits in the lobby of the Hanhwa resort in Sokcho, ROK. /CGTN Photo

But being among the eighty-nine ROK's residents randomly chosen through a computer lottery, many call Lee lucky.
She'll be meeting her niece for the first time and deliver the many gifts she's brought with her as penance for the time they've lost.
Still, at 91-year-old, it's also one year too late.
Last year, Lee's brother passed away due to old age and not a day goes by she doesn't have regrets.
"I never fulfilled my filial piety to my mother and couldn't take care of my brother," Lee says. "I hope I can take care of my niece."
Despite the regret, it's still a better situation than most. Many never get the opportunity to meet any of their family members or know whether they're dead or alive.
But it's also a testament to how there are still victims of the Korean War, which hasn't yet technically ended and that it's still haunting the Korean Peninsula today. 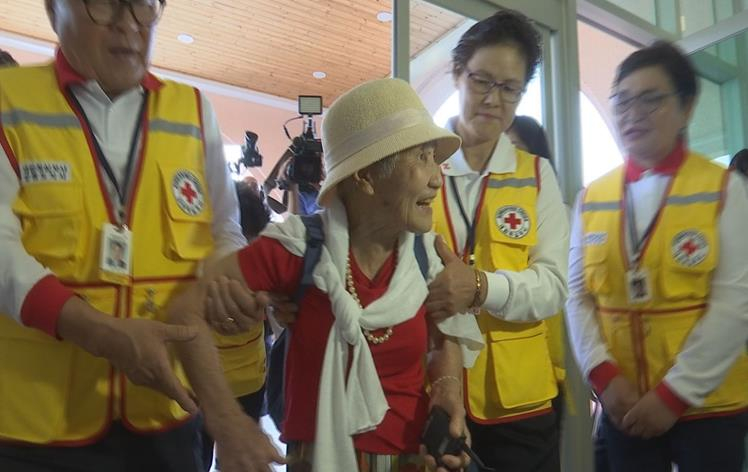 Eighty-nine ROK's residents selected as participants in the Korean family reunion are mostly in their 80s or older. /CGTN Photo

Eighty-nine ROK's residents selected as participants in the Korean family reunion are mostly in their 80s or older. /CGTN Photo

Time is running out

Over 132,000 people signed up for family reunions when registration began in the ROK in 1988. That number has dwindled by more than half with more than 80 percent of them over the age of 70.
The last time the ROK and DPRK held family reunions was in 2015. But according to ROK, some 3,700 hopefuls die each year without ever getting the chance to see their loved ones.
For almost every person I've spoken to, who are still waiting for their chance, they say it's the only reason they are hanging on, that it's their final wish. 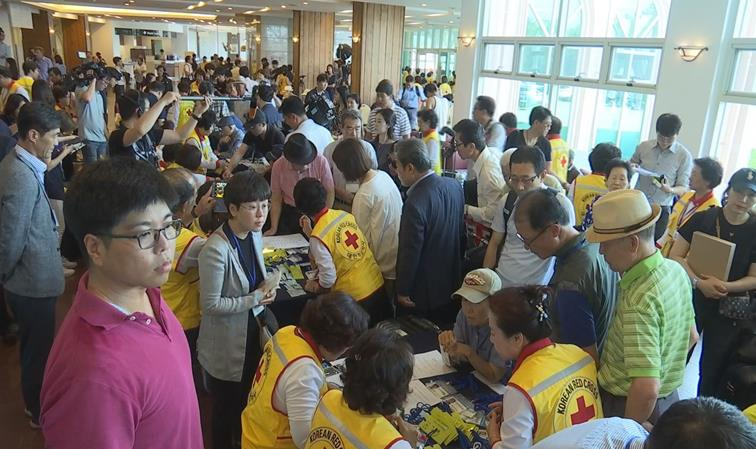 As the registration resumes, it's loud within the hotel.
Applause from Red Cross members get louder, as they guide family members through the process and media, from all over the globe, interview family members with mics and notebooks.
Away from the clamor, Seo Jin-ho steps outside for fresh air, limping from leg to leg. 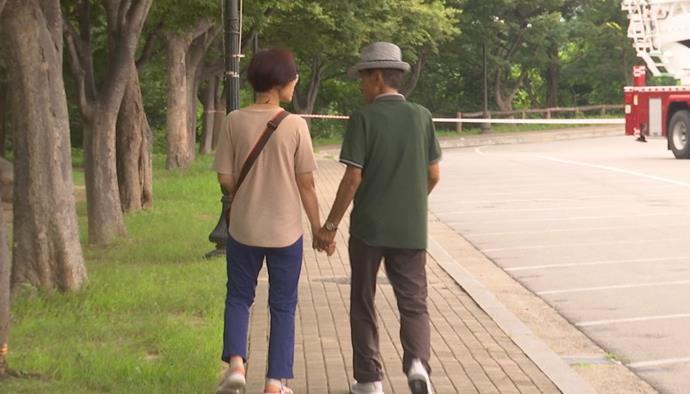 "I escaped from Pyongyang," Seo says. "There was an explosion, and I hurt my leg. I never saw my brother since."
Seo says he'll immediately embrace his brother when he sees him - asking him about his life and family.
They'll have a lot of catching up to do but he, like Lee and the others, will have approximately 12 hours over the course of three days to make up for the 65 years they've spent apart.
It's again complex.
The 12 hours are better than none, but with civilian interaction banned by both countries, afterward, they'll have to say their final goodbye.
I ask Seo how he feels about this and what he'll say. 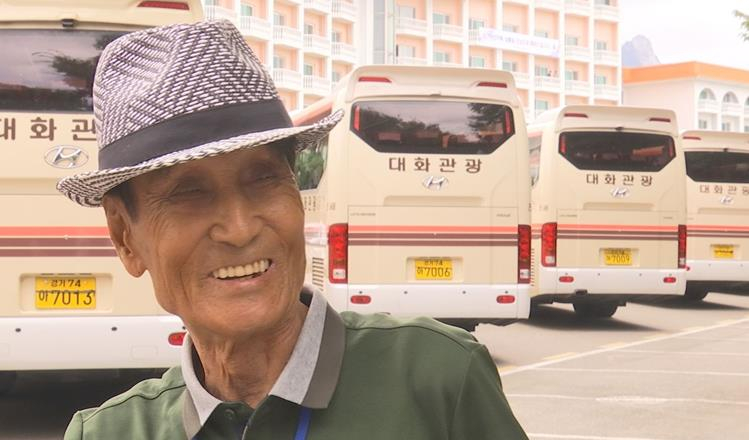 Although Seo has smiled through the time I spent with him, after this question, his smile fades away - his voice becoming distant and quiet.
"Farewell…?" Seo repeats. "I know I'm one of the lucky ones..."
"But it's hard to say goodbye again."
(Cover: ROK resident Lee Geum-Sum, 92, waves to her son, as she finishes a three-day family reunion meeting, August 22, 2018. /VCG Photo)