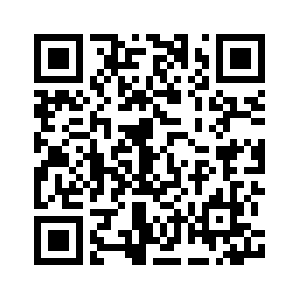 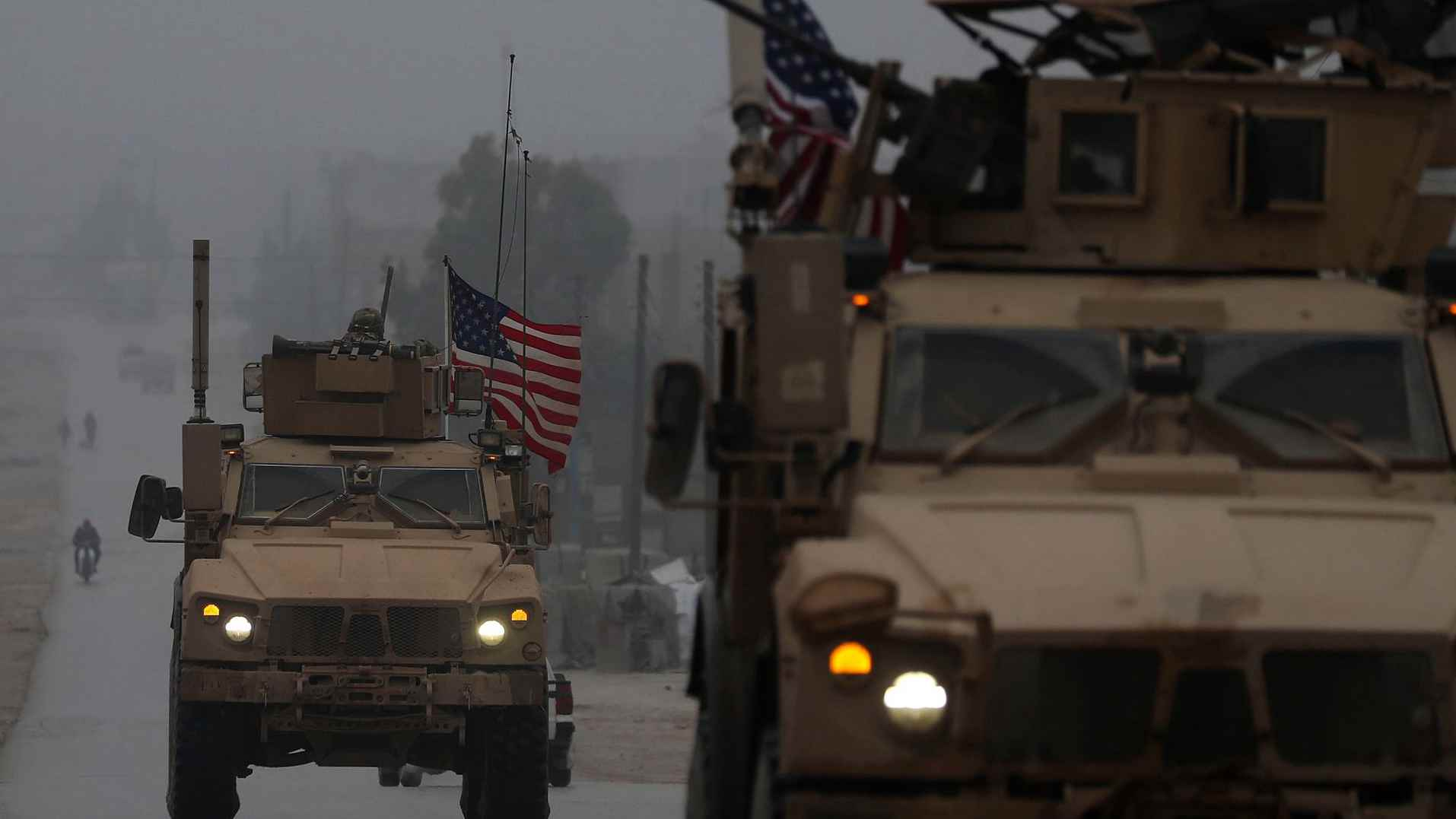 Editor's Note: Jeffrey D. Sachs is a professor of Sustainable Development and that of Health Policy and Management at Columbia University, as well as director of Columbia's Center for Sustainable Development and the UN Sustainable Development Solutions Network. The article first appeared on Project Syndicate on January 2, 2019. It reflects the author's opinion and not necessarily the views of CGTN.
U.S. President Donald Trump's announced withdrawal of U.S. forces from Syria has met with near-universal condemnation by Democrats and Republicans alike. That says less about Trump than it does about the U.S. foreign policy establishment's blinkered vision.
The mainstream of both political parties exhibits certain reflexive judgments: That the U.S. must maintain a troop presence all over the world in order to prevent adversaries from filling a vacuum; that U.S. military might hold the key to foreign policy success; and that America's adversaries are implacable foes impervious to diplomacy.
Trump's withdrawal from Syria could indeed be a dangerous prelude to an expanded regional war; yet, with imagination and diplomacy, the withdrawal could be a critical step on the path to an elusive peace in the region. 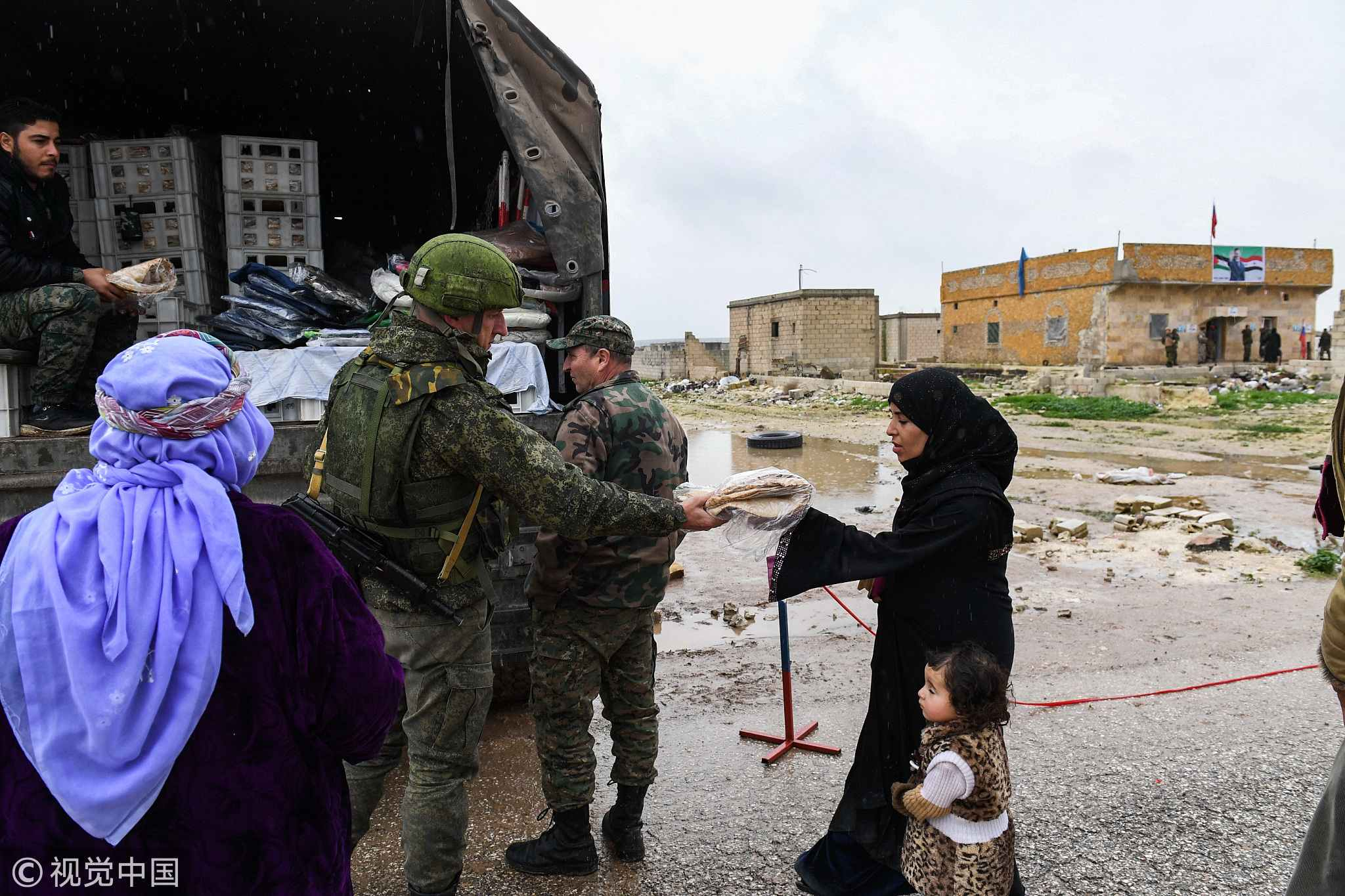 A Russian soldier passes out food aid to Syrian civilians as they cross from rebel-held areas in Idlib province into regime-held territories, December 27, 2018. /VCG Photo

A Russian soldier passes out food aid to Syrian civilians as they cross from rebel-held areas in Idlib province into regime-held territories, December 27, 2018. /VCG Photo

The U.S. foreign policy establishment had rhetorically justified America's presence in Syria as part of the war on the Islamic State (ISIL). With ISIL essentially defeated and dispersed, Trump called the establishment's bluff.
Yet suddenly, the establishment declared the actual reasons for the extended U.S. presence. Trump's move, it was charged, would hand geopolitical advantages to Syria's Bashar al-Assad, Russia's Vladimir Putin, and Iran's Ali Khamenei, while imperiling Israel, betraying the Kurds, and causing other ills that are essentially unrelated to ISIL.
This shift had the benefit of unmasking America's real purposes in the Middle East, which are not so obscure, after all, except for the fact that mainstream pundits, U.S. establishment strategists, and members of Congress tend not to mention them in polite company.
The United States has not been in Syria (or Iraq, Afghanistan, Yemen, the Horn of Africa, Libya, and elsewhere in the region) because of ISIL. In fact, ISIL was more a consequence than a cause of the U.S. presence. The real purposes have been U.S. regional hegemony; and the real consequences have been disastrous.
The truth about the U.S. presence in Syria has rarely been told.
But one can be sure that the U.S. has had no scruples about democracy in Syria or elsewhere in the region, as its warm embrace of Saudi Arabia amply demonstrates.
The U.S. decided to promote an insurgency to overthrow Bashar al-Assad in 2011 not because the U.S. and allies like Saudi Arabia longed for Syrian democracy, but because they decided that Assad was a hindrance to U.S. regional interests. Assad's sins were clear: he allied with Russia, and he received support from Iran. 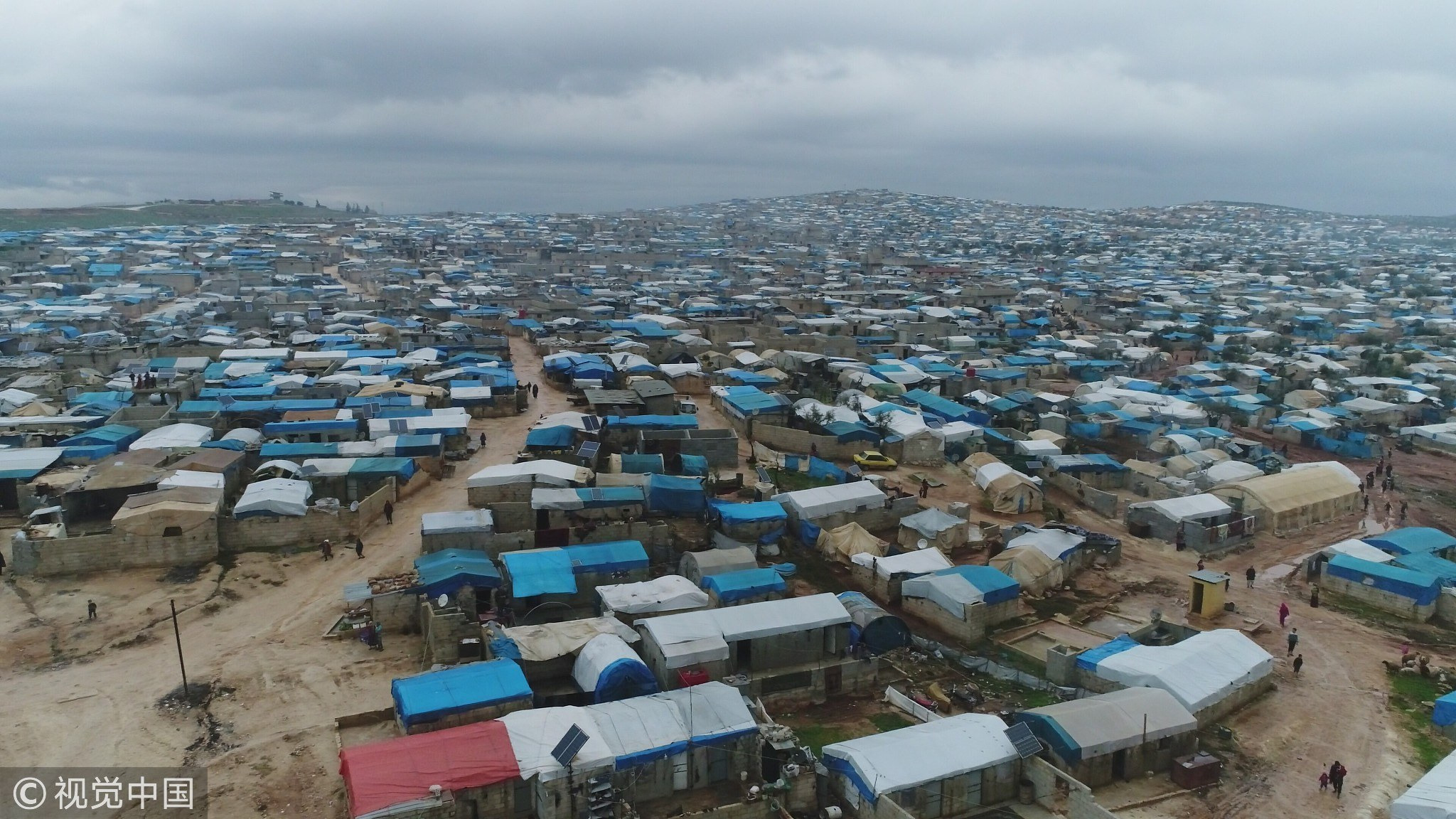 For these reasons, U.S.President Barack Obama and Secretary of State Hillary Clinton declared that “Assad must go.” America and its regional partners, including Israel, Turkey, Saudi Arabia, the UAE, and Qatar, decided to provide arms, logistics, training, and sanctuary (notably in Jordan and Turkey) for an anti-Assad rebellion.
Obama signed a presidential finding (Operation Timber Sycamore) calling on the CIA to work with Saudi Arabia (the paymasters) to overthrow Assad. Obama, seeking to avoid strong U.S. public opposition to yet another CIA-led war with U.S. troops on the ground, chose to back jihadists instead.
Yet the purpose of the Syrian operation was clear: install a Syrian regime friendly to Turkey and Saudi Arabia, deny Russia an ally, and push Iranian forces out of Syria. It all seemed so obvious to the U.S., Israel, Turkey, and Saudi Arabia.
But, as usual for CIA regime-change operations, it failed miserably. Russia called America's bluff, backed Assad, and Iran provided vital support as well. In the meantime, the proxy war stoked by the U.S. and its allies led to more than 500,000 deaths of combatants and civilians and the displacement of over ten million Syrians to date, as well as a major refugee crisis in Europe that continues to rock the politics of the European Union.
And then, one faction of ruthless jihadists split from another to create ISIL. Following shocking videos of beheadings of American and other captives, Obama decided to intervene in 2014 with air attacks and some U.S. troops to support a Kurdish-led attack on ISIL strongholds.
From Trump's point of view, a U.S.-installed Syrian puppet regime that would push out Russia and Iran is neither central to U.S. national security nor practicable. And, here, Trump is right for a change. 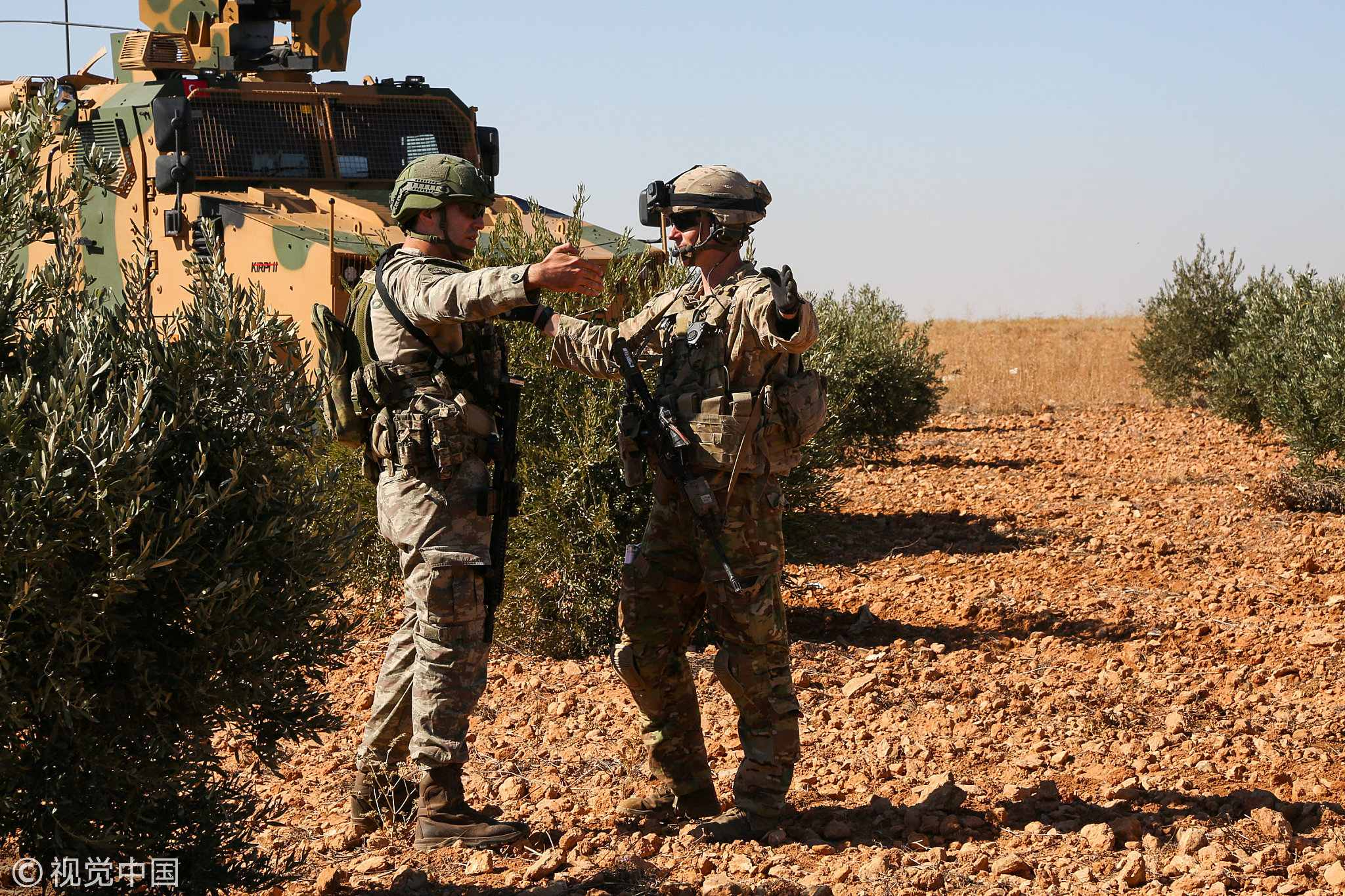 There is no doubt that the U.S. unilateral withdrawal could create an even bigger disaster. Turkey could invade northern Syria to crush Kurdish forces; Russia and Turkey could find themselves in a dangerous faceoff. Israel could launch a war against Iranian forces in Syria. Israel and Saudi Arabia have already formed a tacit alliance against Iran. The Syrian war could expand to a full-fledged Middle East War. This is all terrifyingly plausible.
Yet it is not inevitable – far from it. Successful diplomacy is possible if the U.S. foreign policy establishment would for once recognize that United Nations-based diplomacy, rather than war, might be the prudent path. Under the auspices of the UN Security Council (with the core assent of the U.S., China, Russia, France, and the UK), six steps could be agreed to establish a wider peace, not create a wider war.
First, all foreign forces would leave Syria (including the U.S., Saudi-backed jihadists, Turkish-backed forces, Russian troops, and Iran-backed forces). Second, the UNSC would back the Syrian government's sovereignty over all of the country. Third, the UNSC, and perhaps UN peacekeepers, would guarantee the Kurds' safety.
Fourth, Turkey would commit to not invading Syria. Fifth, the U.S. would drop its extraterritorial sanctions on Iran. And, sixth, the UN would raise funding for Syrian reconstruction.
Iran might well trade an exit from Syria for an end to U.S. extraterritorial sanctions; the U.S. and Israel might accept the end of Iranian sanctions in exchange for Iran's military withdrawal from Syria; Turkey might agree to restraint if the UNSC is clear that there will be no separatist Kurdistan; and Russia and Iran might agree to withdraw from Syria as long as the Assad government is backed by the UN and Iranian sanctions are removed.
Note that the U.S. extraterritorial sanctions on Iran are indeed hurting the Iranian economy, but are dividing the U.S. from the rest of the world and failing to shift internal Iranian politics. Trump could agree to lift them in exchange for a withdrawal of Iranian forces from Syria. 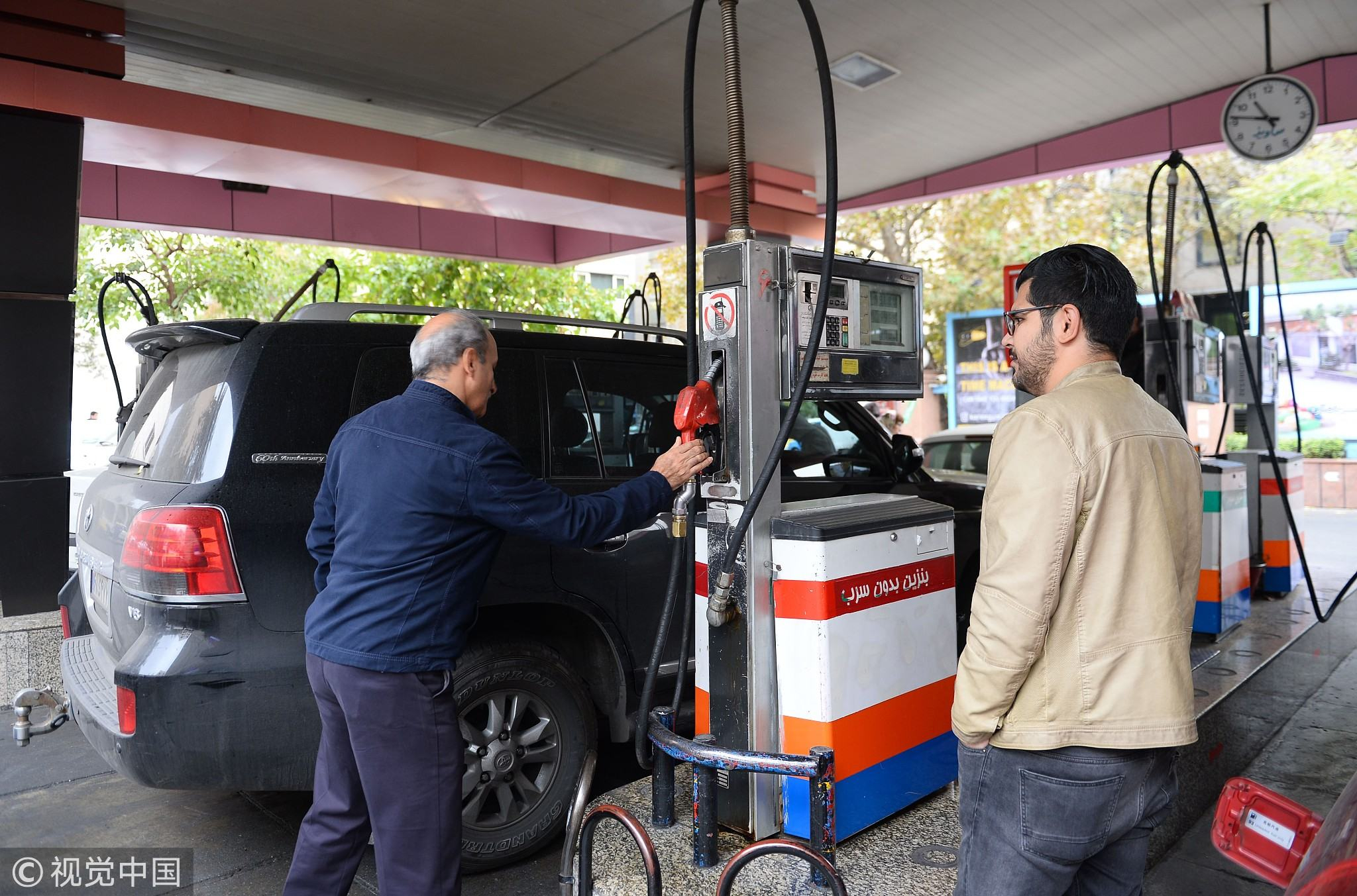 There is an even bigger picture. The key to Middle East peace is for Turks, Iranians, Arabs, and Jews to coexist. The biggest obstacle since the signing of the Treaty of Versailles at the end of World War I has been big-power meddling by Britain, France, Russia, and the U.S. at different points.
It's time to let the region sort out its own affairs, without the illusion that foreign powers can enable one contestant or another to avoid compromises, and without the massive weaponry pouring in from abroad. Israel and Saudi Arabia, for example, are under the illusion that the U.S. will save the day against Iran without the need for any compromise.
After 100 years of Western imperial meddling, it's time for compromise and peaceful accommodation by the region's actors under the umbrella of the UN and international law.
Copyright: Project Syndicate
(If you want to contribute and have specific expertise, please contact us at opinions@cgtn.com.)