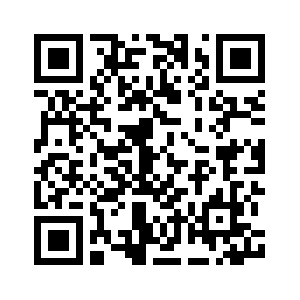 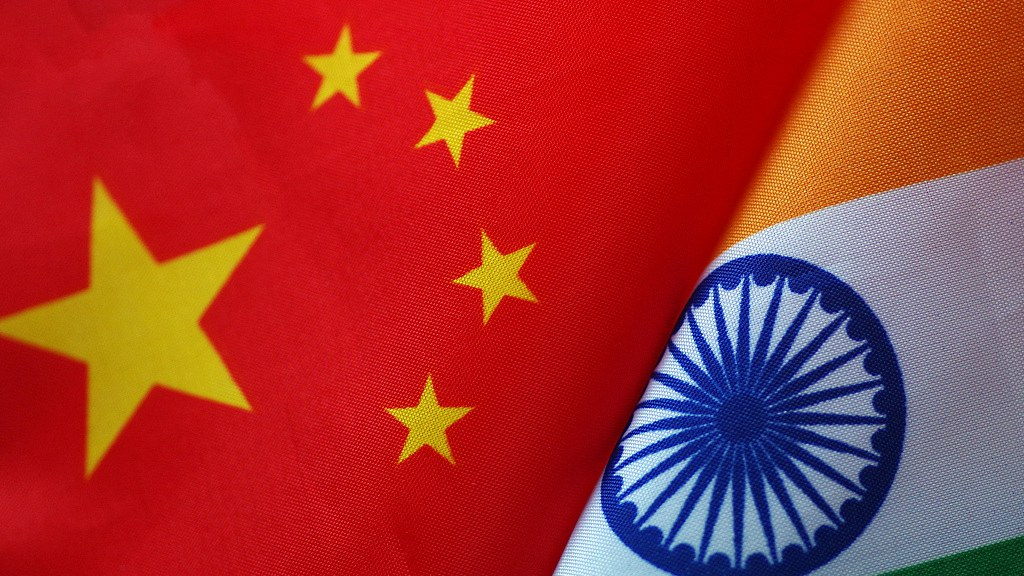 Editor's note: The article is based on interviews with Lou Chunhao, the deputy director of the Institute of South Asian Studies, China Institutes of Contemporary International Relations, and Swaran Singh, a professor of Diplomacy and Disarmament, School of International Studies, Jawaharlal Nehru University, New Delhi. The article reflects interviewees' opinions, and not necessarily the views of CGTN.
On February 12, China's Ministry of Foreign Affairs (MOFA) answered the attacks from Hindustan Times, an Indian media outlet, with facts.
A few days ago, Hindustan Times published an article with factual inaccuracies, alleging that China's Belt and Road Initiative (BRI) is facing resistance in South Asia.
"Despite the challenges, India will maintain its closer ties with China," Lou Chunhao, the deputy director of the Institute of South Asian Studies, China Institutes of Contemporary International Relations, told CGTN.
Why is India worried about the BRI?
Lou pointed out that ever since the BRI was proposed by China in 2013, there have always been dissenting views in India for two reasons: worry about the changing power structure in South Asia and resentment over the China–Pakistan Economic Corridor.
“India poses a challenge to China's true intentions of promoting the BRI in South Asia,” Lou said.
In Lou's opinion, India is worried that China will use the BRI to gain more political and economic influence in South Asia, which India has viewed as its own backyard since gaining independence in 1947.
For some Indian people, China has become more politically, economically and culturally influential in the region through the BRI over the past few years. They worry that the regional order, which has been set by India, will change.
Thus, they accuse China of imposing “unacceptable conditions” on India's neighbors when they participate in some BRI programs in order to project power in South Asia. 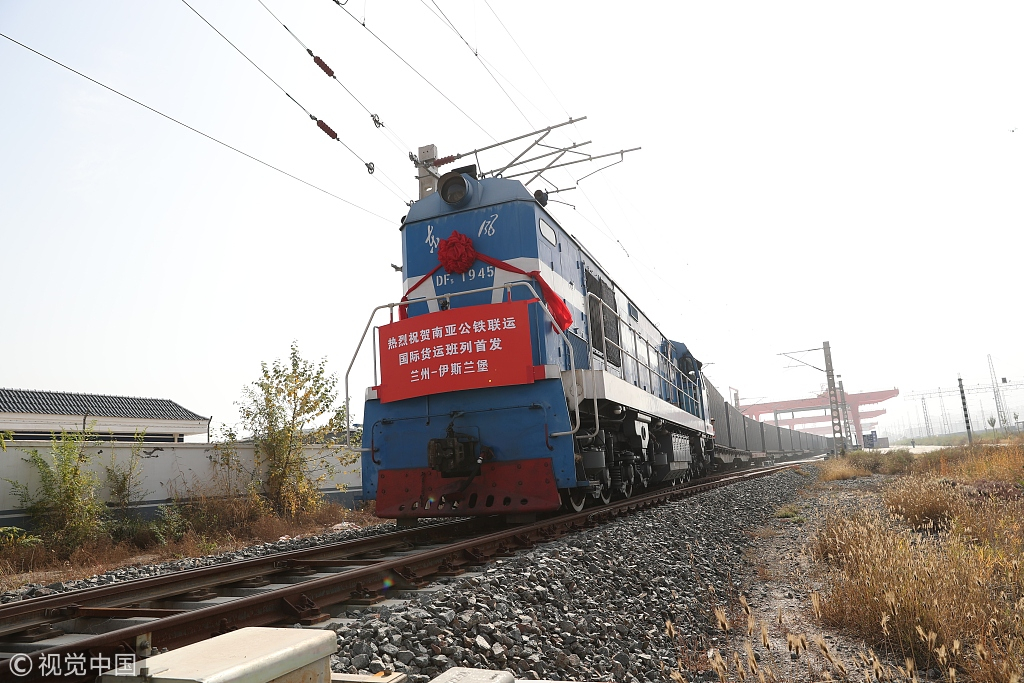 However, these people misunderstand China's BRI. As MOFA mentioned, China cooperates with South Asian countries based on the principles of voluntary participation and mutual benefit. China neither forces South Asian countries to participate in BRI programs nor imposes any “conditions” on participating countries.
The China-Pakistan Economic Corridor (CPEC) is another apple of discord between China and India.
“India once rejected China's BRI because CPEC passes through Pakistan-administered Kashmir (POK)," Lou said.
Although there are disputes between China and India over CPEC, it is mutually beneficial and India has been benefiting from China's BRI since it formed.
How does the BRI benefit India?
According to Lou, despite the worries about China's expanding influence in South Asia, India is an advocator of the BRI when it comes to programs that may benefit the country. 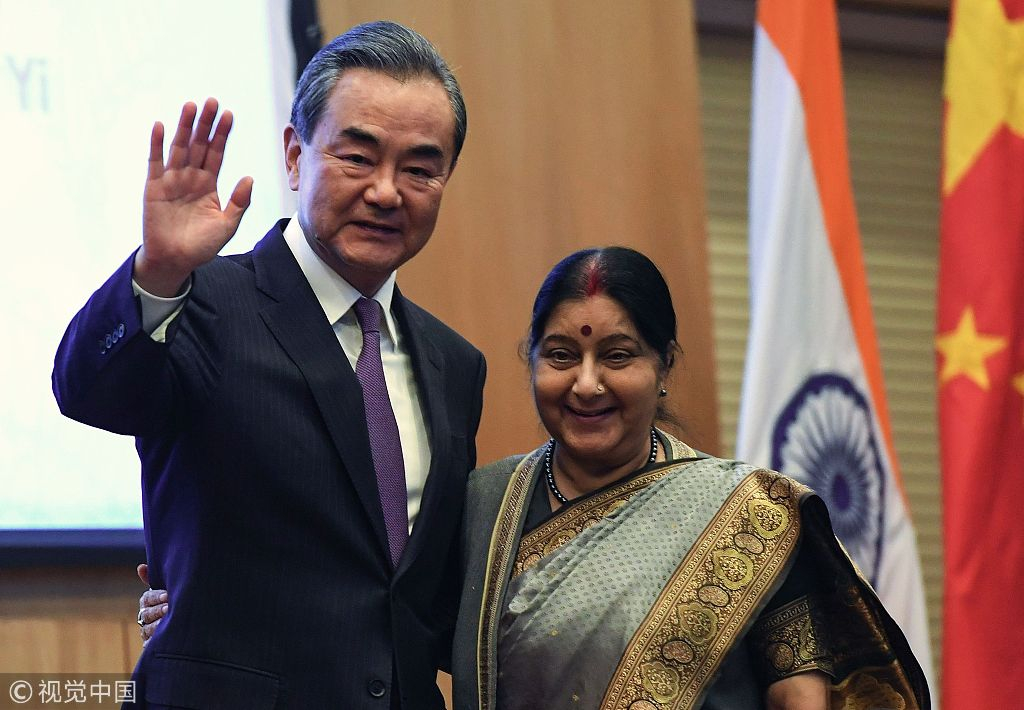 “India only selectively participated in China's BRI projects depending on what meets its practical and principled requirements,” Swaran Singh, a professor of Diplomacy and Disarmament, School of International Studies, Jawaharlal Nehru University, New Delhi, told CGTN.
India actively participates in the Bangladesh-China-India-Myanmar (BCIM) Economic Corridor, Singh said. As for the proposals for the China-Nepal-India Economic Corridor, India has not refused them. India is also a founding member of the New Development Bank (NDB) of BRICS, and second largest stakeholder of the Asian Infrastructure Investment Bank (AIIB).
According to Lou, India has been the principal beneficiary of China's BRI. By May 2018, AIIB had granted about 4-billion-U.S.-dollars' worth of loans to other countries. India has received 30 percent of all AIIB loans, making it the bank's biggest borrower. With the help of AIIB's loans, India has rapidly updated its infrastructure, and hence drastically improved the common people's standard of living.
BRI will strengthen China-India ties
Despite the different ideas between Beijing and New Delhi when it comes to the territorial issue, both Lou and Singh are optimistic about the relationship between China and India in the future.
“Given the benefits reaped from China's BRI, India will continue to be a part of it regardless of dissenting voices inside India,'' Lou said.
Singh pointed out that the informal Xi-Modi summit last April in Wuhan provides both China and India with valuable lessons. They have reached a consensus on the "Two-Plus-One" model and their first joint initiative to hold training for Afghan diplomats has been put into practice.
According to Singh, although India objects to CPEC, which passes through the disputed territory of Kashmir, this does not mean India will be absent from the Second BRI Forum this April.
“Both need each other. India is the largest and fastest growing economy in China's neighborhood, so both will sure find some innovative ways to enhance their coordination in as many BRI projects as possible,” Singh said.
(If you want to contribute and have specific expertise, please contact us at opinions@cgtn.com.)