NBA on Dec. 31: Spurs scored 46 in third to race past Celtics
CGTN 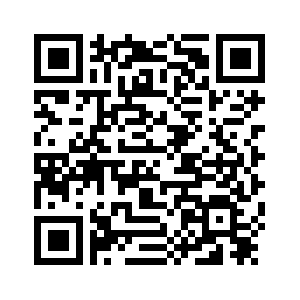 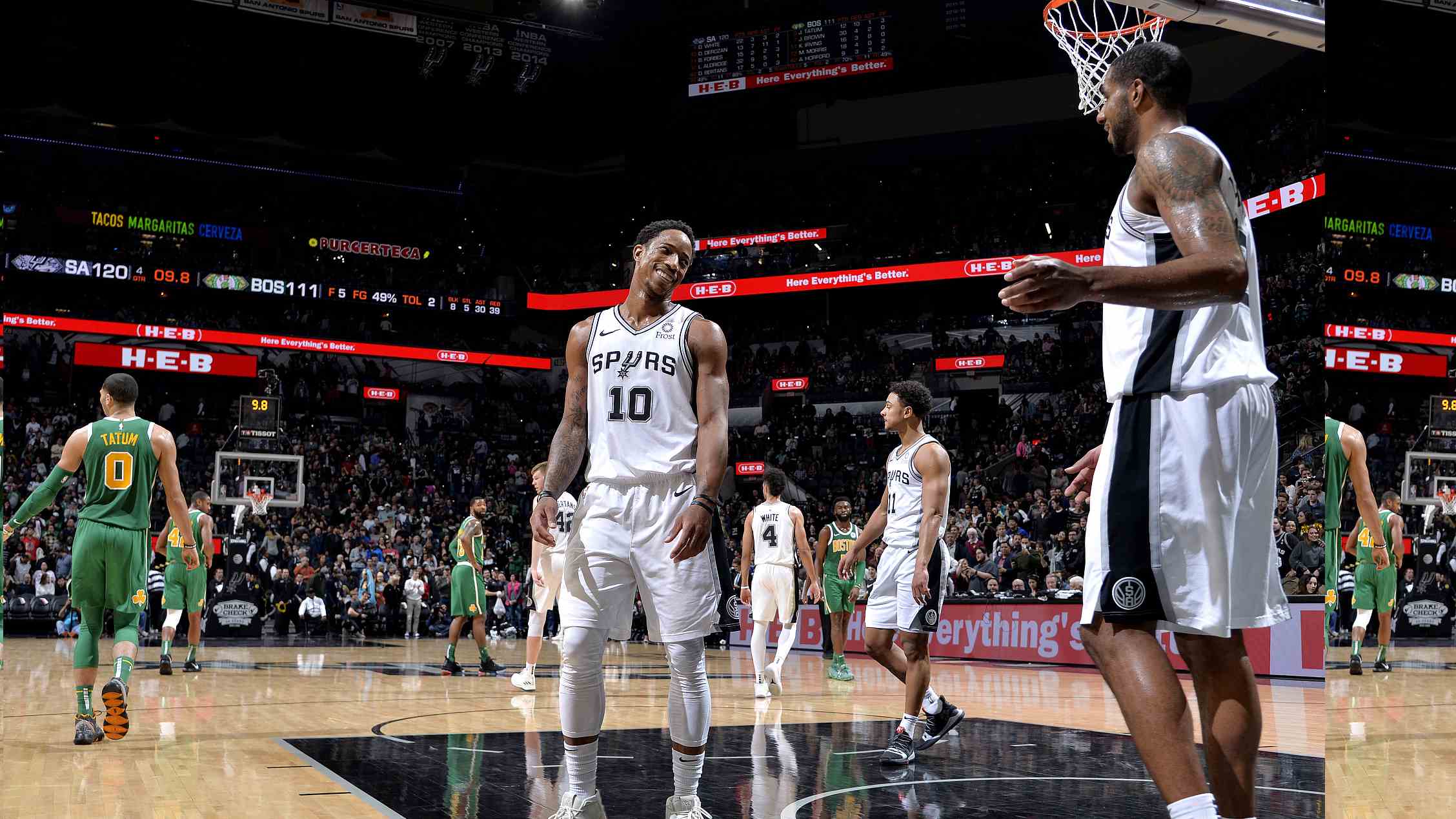 San Antonio coach Gregg Popovich had to use some colorful language to explain to the Spurs at halftime that their lack of aggression was troubling him.
The Spurs responded with their highest-scoring quarter in 25 years.
LaMarcus Aldridge scored 32 points and San Antonio rode a 46-point third quarter to a 120-111 victory over the Boston Celtics on Monday night. 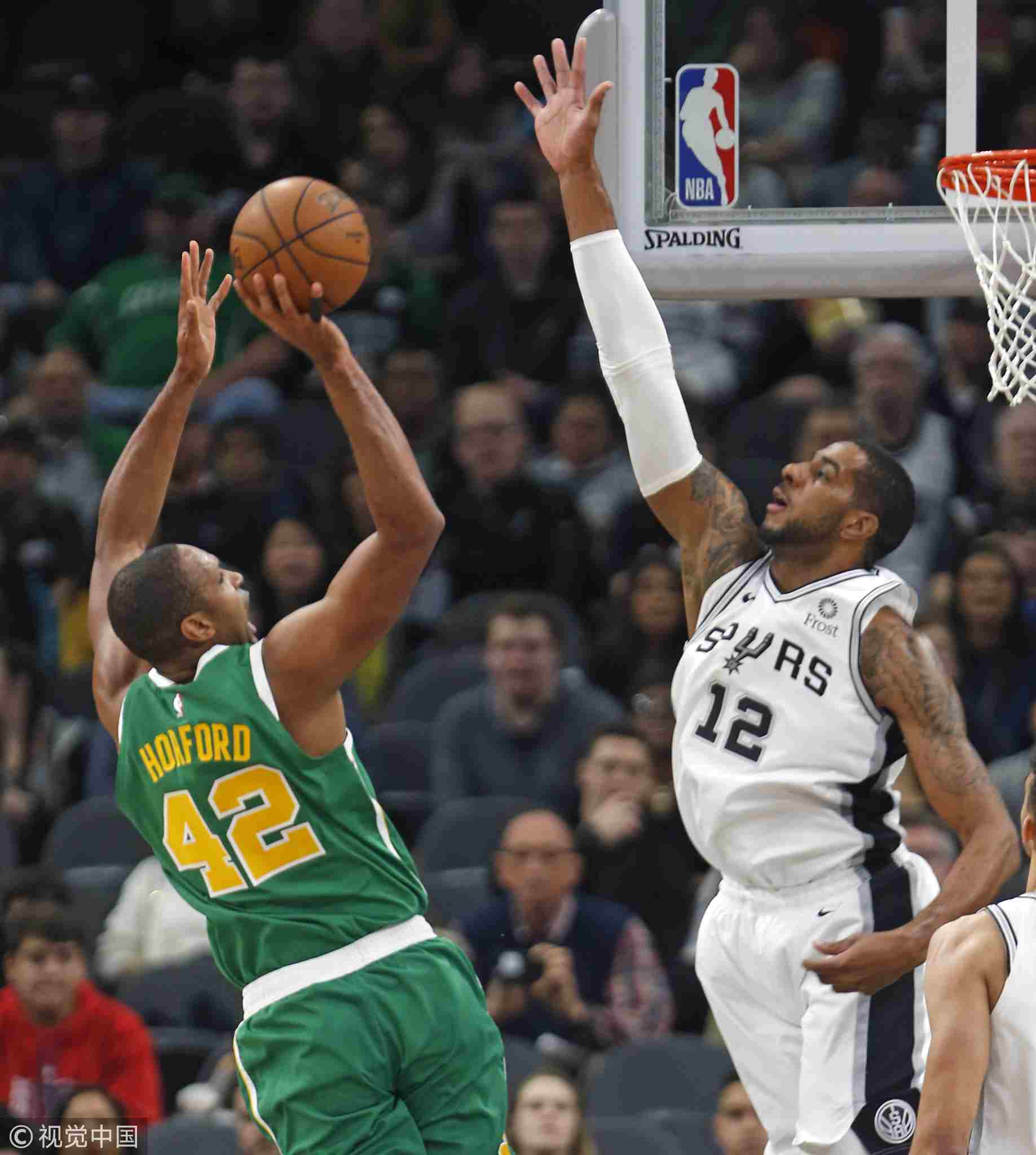 DeMar DeRozan, who had 13 points and 10 assists, said the Spurs were “cussed out by Pop” at halftime after shooting 22 percent in the first quarter.
“We were playing really tentative, real indecisive, hesitating, wasn't being aggressive,” DeRozan said. “The whole dynamic of us, our aggression, changed. We just got out (in the second half) and played like we've been playing.”
Derrick White had a career-high 22 points for San Antonio, which has won 11 of 13 to close within four games of the top spot in the Western Conference.
The Spurs made 19 of 25 shots (76 percent) in the third quarter and finished with its best period since 1993. It was their 12th-highest output of any quarter in franchise history and second-highest in the third.
The Spurs opened the game one for six from the field and shot 22 percent in the opening period while scoring a season-low 17 points in the first quarter. Boston shot better from 3-point (35 percent) than San Antonio did from the field (33) in the first half.
Jaylen Brown had a season-high 30 points, but Boston was unable to maintain its first-half advantage.
"Seemed like they were just waiting in the weeds,” said Kyrie Irving, who had 16 points and eight assists. “I'm pretty sure Pop got in their rear ends and really told them play hard or you're not stepping on the floor and you just see that maximum level just go up and our level just stayed the same.”
Irving suffered a scratched cornea in both eyes during a collision with Marco Belinelli with 7:22 remaining in the game. Irving exited to the locker room but returned to the bench and game a couple minutes later. Boston coach Brad Stevens was unsure of Irving's status for Wednesday's home game against Minnesota. 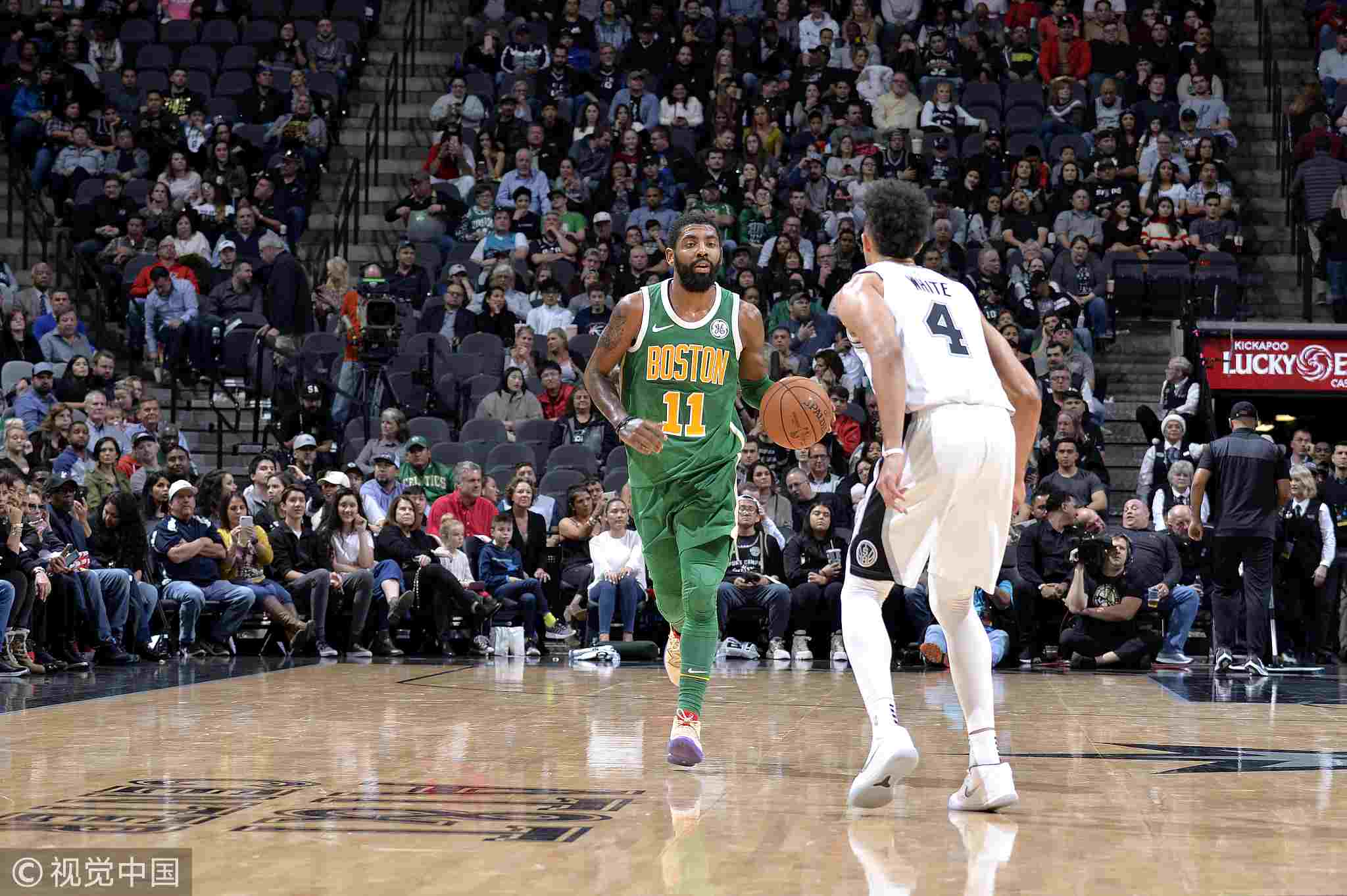 Kyrie Irving #11 of the Boston Celtics handles the ball against the San Antonio Spurs at the AT&T Center in San Antonio, Texas, December 31, 2018. /VCG Photo

Kyrie Irving #11 of the Boston Celtics handles the ball against the San Antonio Spurs at the AT&T Center in San Antonio, Texas, December 31, 2018. /VCG Photo

"I'm wearing sunglasses, so not too good,” Irving said when asked how he felt, “but it'll be all right though.”
Still, Irving was more upset with the pounding the Spurs put on the Celtics. San Antonio attacked the paint in the second half with brawny Boston post Aron Baynes out due to a fractured finger.
Aldridge finished scored 12 points in the third quarter and 17 in the second half. He finished 13 for 23 from the field along with nine rebounds, five assists and two blocked shots.
“He's been a beast, without a doubt,” Popovich said.
White also took advantage of the lack of rim protection, scoring 13 points on 5-for-6 shooting in the second half. He also led the defense on Irving.
“For the game, they said you've got to make him work on defense,” White said. “If you just let him play one side of the court, it will be a long night for us. So, I just wanted to make him work down there and attack.”
San Antonio forward Davis Bertans was 5 for 8 on 3-pointers in scoring 17 points. The Spurs finished 14 for 26 on 3-pointers.
Other games on Monday included:
Indiana Pacers 116 108 Atlanta Hawks
Charlotte Hornets 125 100 Orlando Magic
Houston Rockets 113 101 Memphis Grizzlies
New Orleans Pelicans 123 114 Minnesota Timberwolves
Oklahoma City Thunder 122 102 Dallas Mavericks
Phoenix Suns 109-132 Golden State Warriors
Source(s): AP