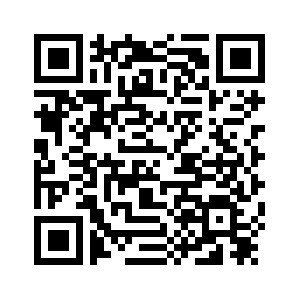 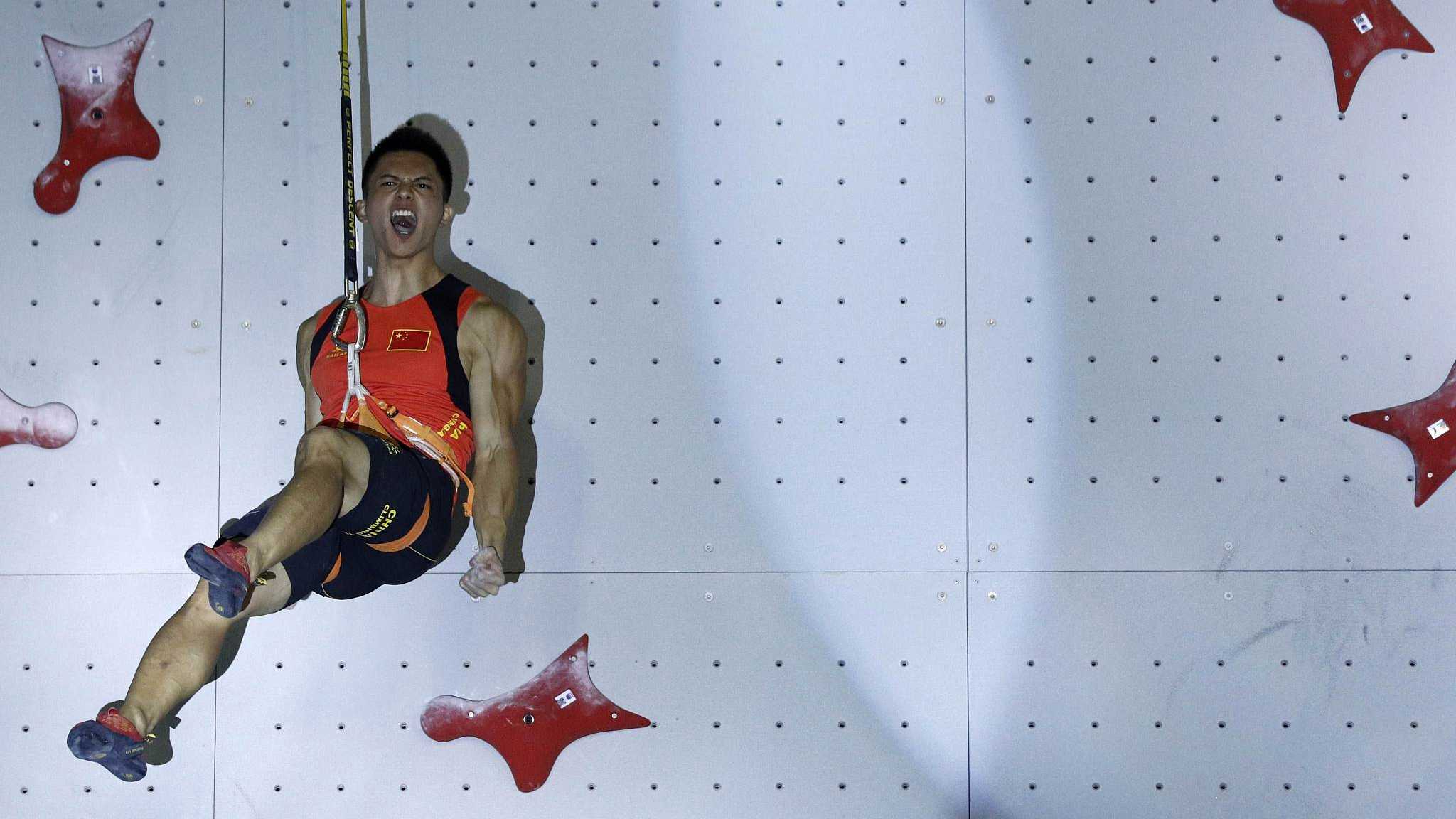 When sport climbing makes its Olympic debut in Tokyo 2020, world-class Chinese climber Zhong Qixin is hoping he'll be there, competing for gold at the highest international level.
Jiangxi Province native Zhong Qixin first gained fame online after a video showing him "flying" to the top of ‘a "five-floor-high' wall climbing" wall in 5.80 seconds in the 2018 IFSC Climbing World Cup in France.
Before this, he was widely known in his sport and was even called "speed legend" by the International Federation of Sport Climbing (IFSC).
He's also achieved the "Grand Slam" of the world's top competitions, including more than 10 World Cup stops wins and the world championships victories in 2007, 2009, 2011 and 2012. One of his career highlights was winning the 2015 IFSC Climbing World Cup series. 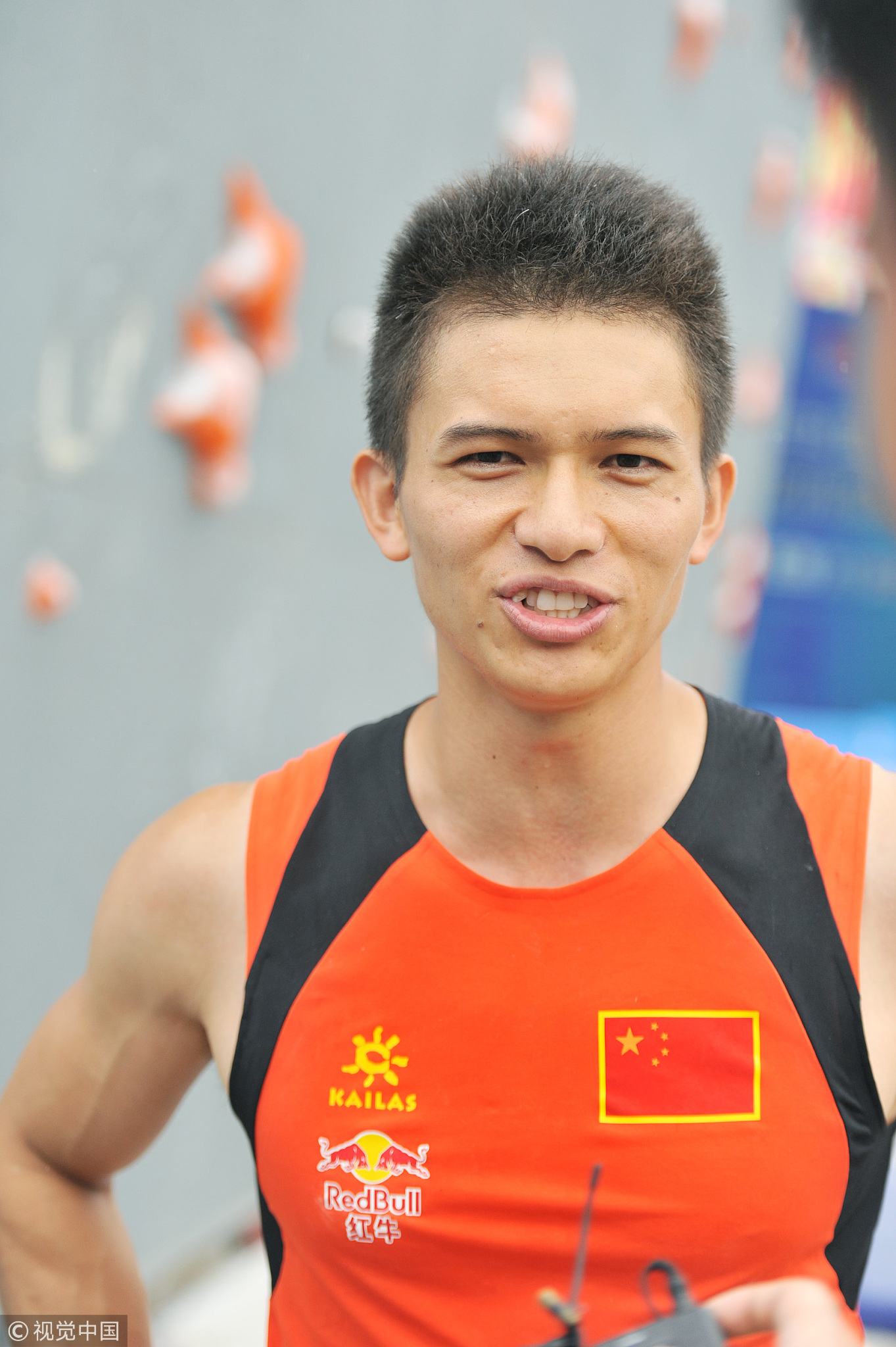 Born in 1989, Zhong launched his climbing career at the age of 16 at Jiangxi College of Applied Technology, whose sport climbing club was founded in 1990 and is one of China's best climbing training bases.
“The first time that I tried 15-meter climbing, I succeeded. Although I made it by using more than one minute, I felt a strong sense of achievement,” said Zhong explaining how he fell in love with sport climbing during a Chinese TED-like presentation.
At that time, there was little sport climbing training material in China, and Zhong and his coach ended up making the equipment themselves. Though earnings were very small at this time, he persisted in pursuing the sport. 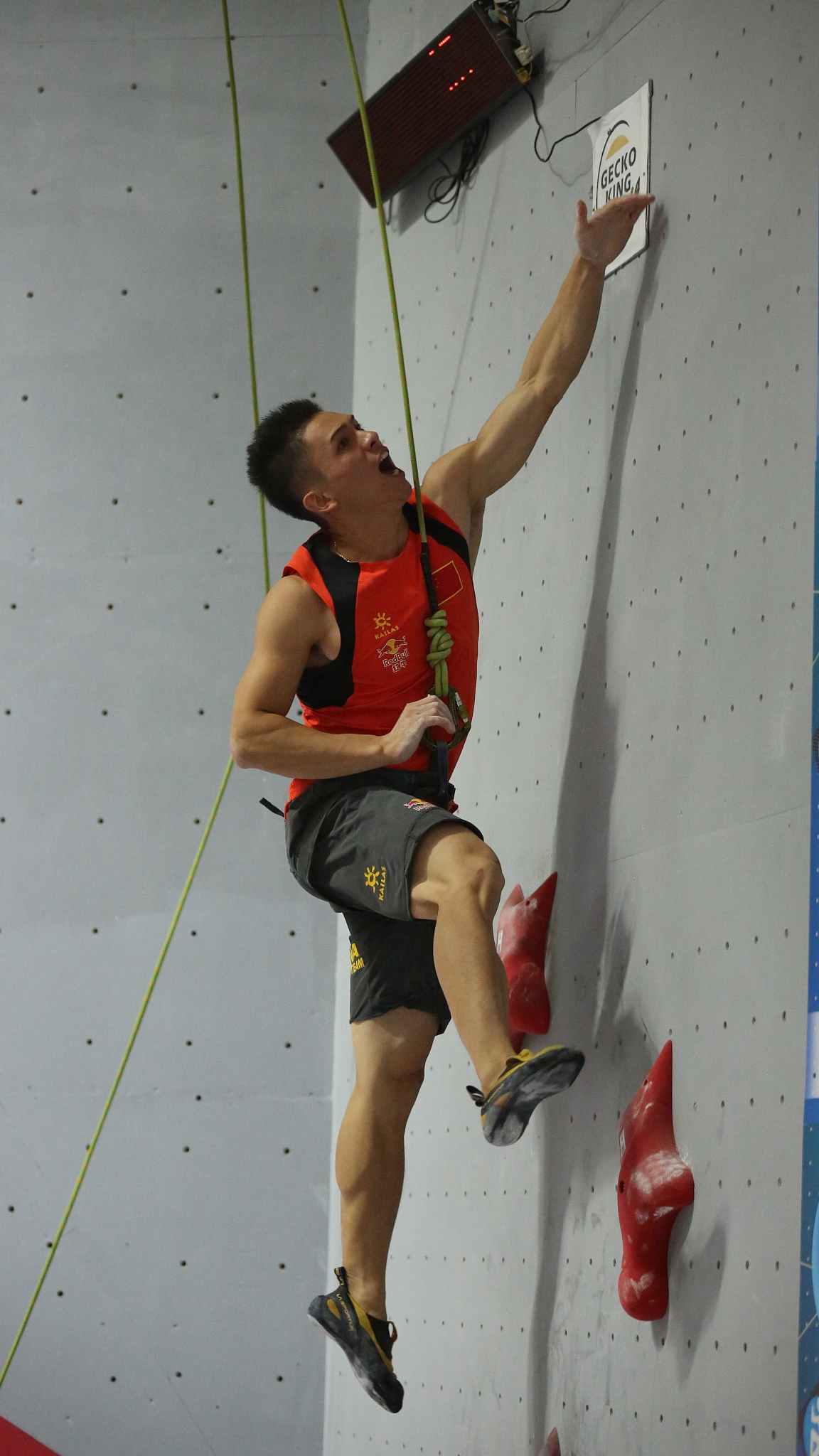 The five-foot-six climber made his international debut at the 2006 UIAA (International Climbing and Mountaineering Federation) Climbing World Cup in Shanghai and ended the speed event in 14th place.
Before Zhong topped the IFSC Climbing World Championships in Spain's Aviles in 2007, his competitors questioned how an Asian could qualify for the final as Europeans and Americans dominated this event for the past 30 years. “At that moment I decided I would beat them one by one,” said Zhong.
Compared to the 10 years it takes a climber to compete at the top levels, Zhong won a world No. 1 title after two and a half years of training. And he hasn't looked back since.

Zhong has broken the speed climbing world record six times. His personal best record for the 15-meter event is 5.609 seconds, set in September last year at the IFSC Climbing World Championships in Austria.
However, the current world record for speed climbing is 5.48 seconds, set by Iranian firefighter Reza Alipour in 2017 in China. Zhong met Alipour in the final of last year's Asian Games, but lost after a false start. 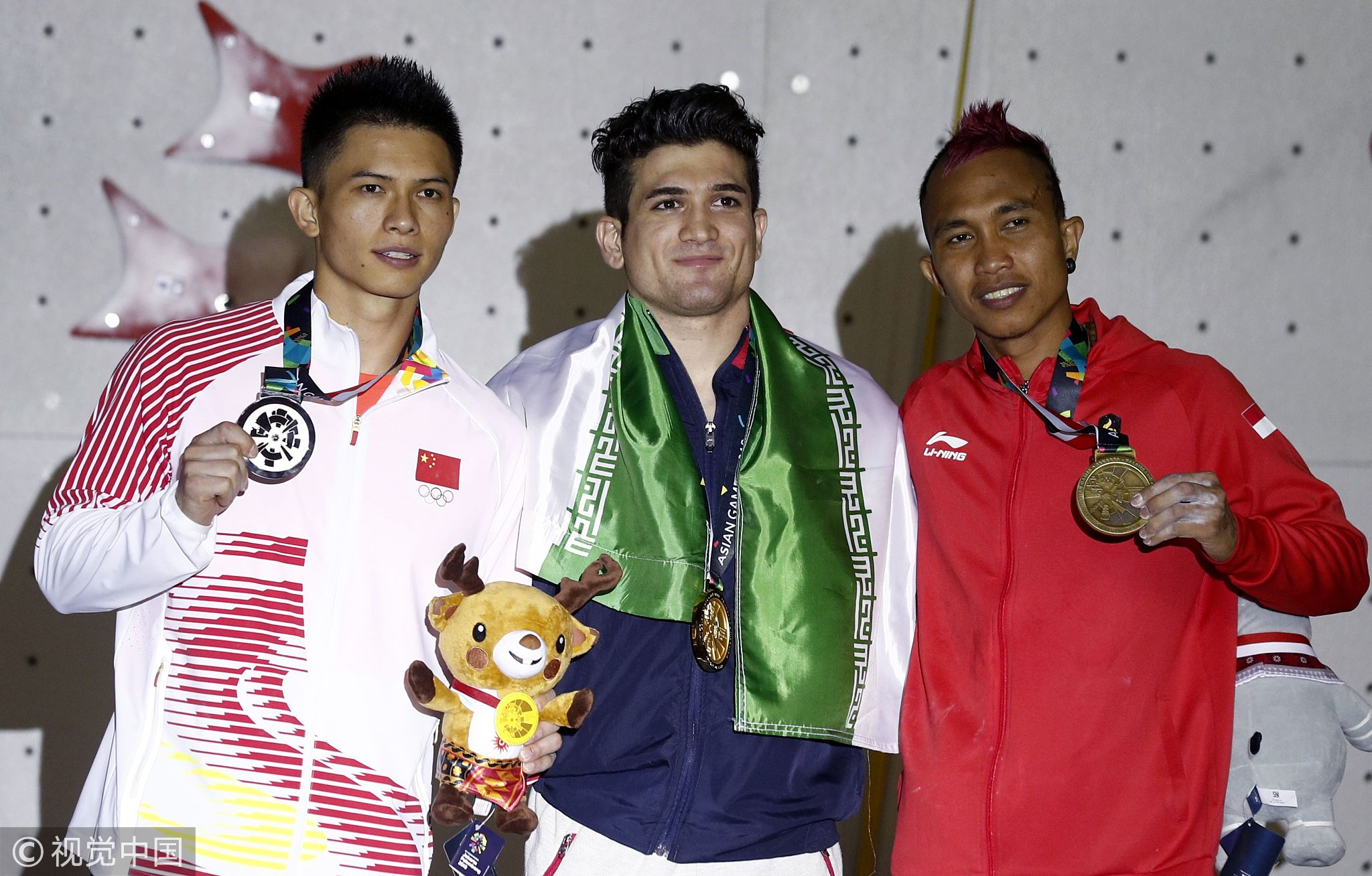 Zhong is approaching the age of 30, which in sport climbing means he's nearing retirement. However, as the captain and coach of China's national climbing team, the father of twin girls is still looking to compete in Tokyo next year.
"Being able to compete in the Olympic Games is the dream of every sport person,” the climbing veteran told China Sports Daily, “I will give my all to Tokyo 2020, even if I cannot get a good result, I won't regret [it].”