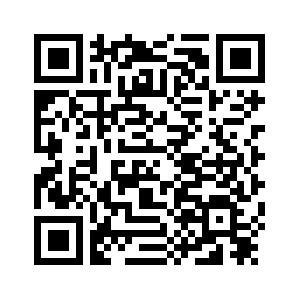 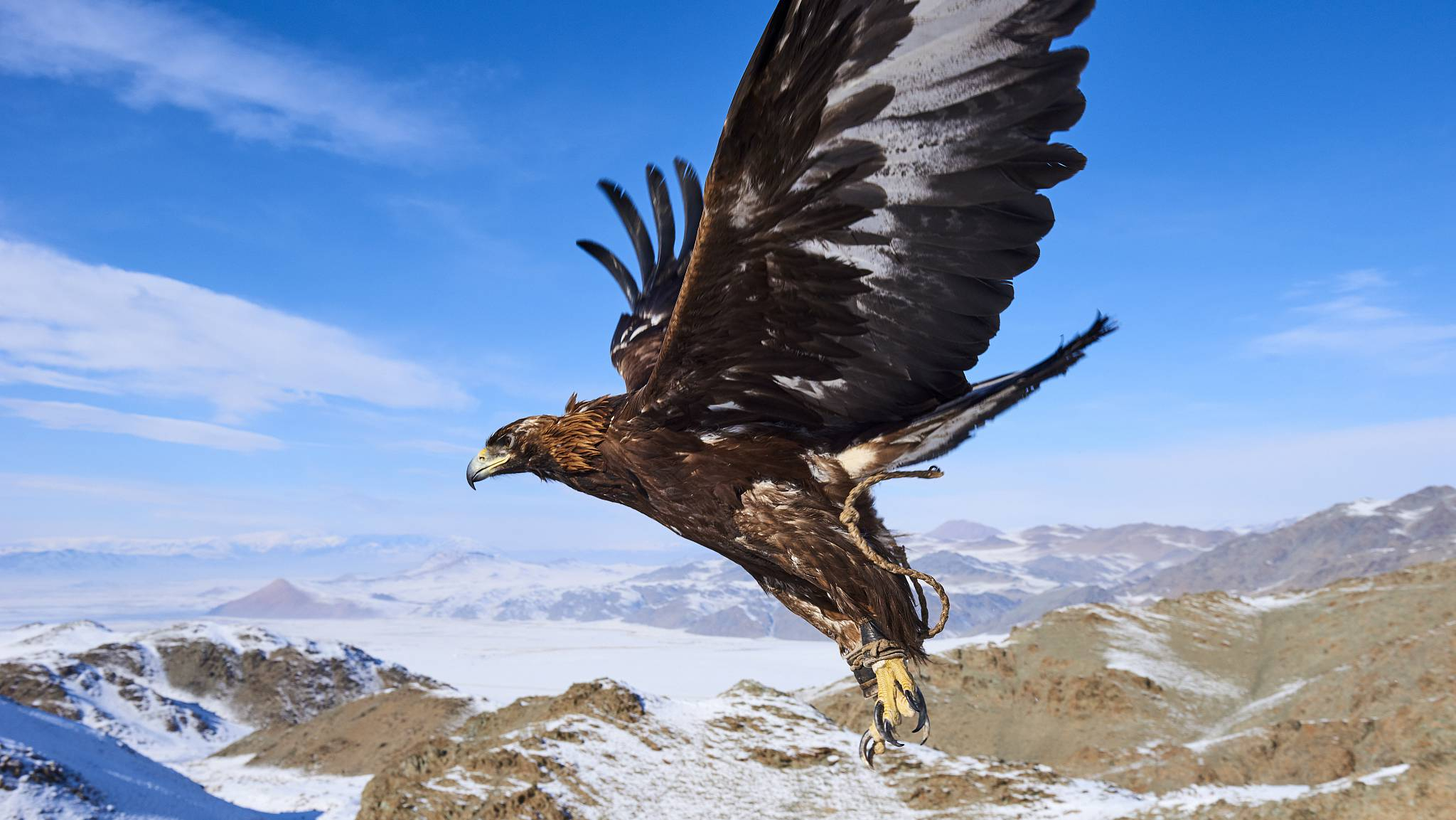 Among Jin Yong's renowned martial arts novels, "condor" appears in two of his works' titles, namely "The Return of the Condor Heroes" and "The Legend of the Condor Heroes". These acclaimed bestsellers are set in the backdrop of the Jin-Song Wars.
Although "condor" is used in these titles, neither species of the condor is native to China.
The golden eagle which lives across the Northern Hemisphere finds its mention in the books because it has long been people's hunting partner in northern China. 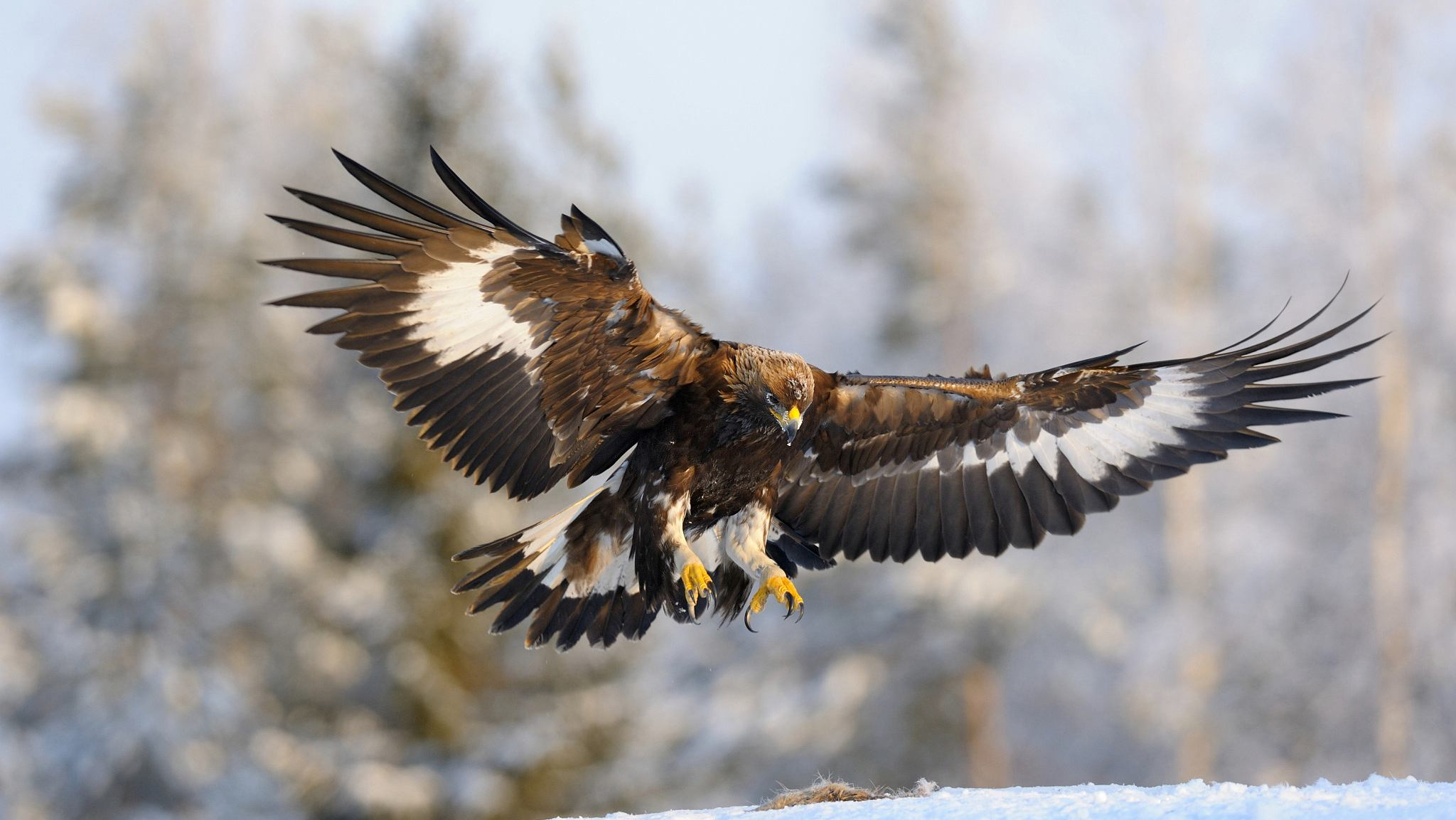 A golden eagle landing at a bait area in Utajarvi, Finland /VCG Photo

A golden eagle landing at a bait area in Utajarvi, Finland /VCG Photo

Contrary to what its name suggests, the golden eagle is dark brown. But it does have iconic lighter golden-brown plumage on its head and neck that glitters under the sun like shining gold.
Immature golden eagles typically have white markings on the tail and wings, which makes them more recognizable than matured ones. 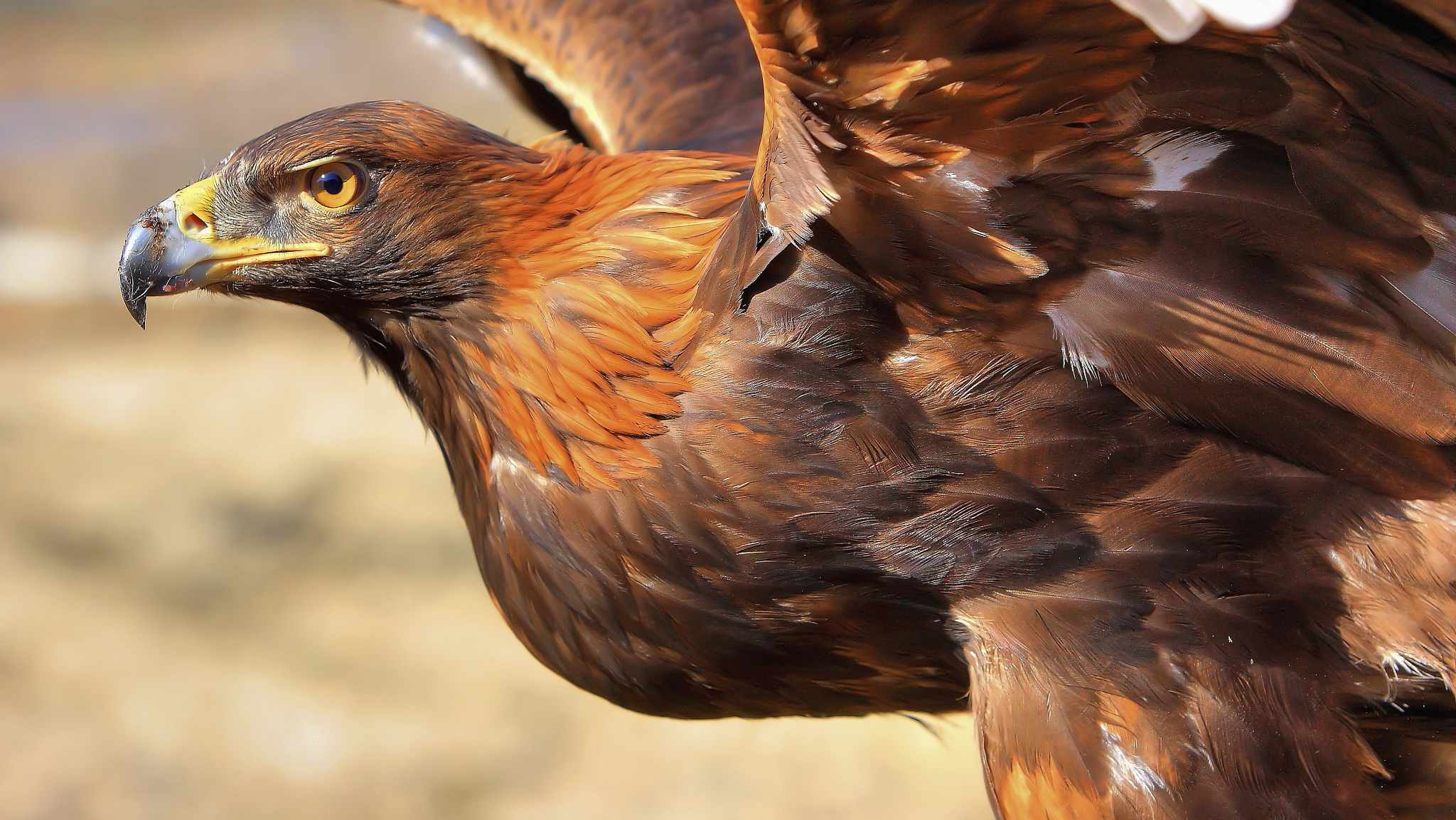 A close up view of a golden eagle /VCG Photo

A close up view of a golden eagle /VCG Photo

Golden eagles are great conquerors as they are found in mountains as high as 4,000 meters, including canyonlands, grasslands, forests and shrublands.
Their broad wings with a wingspan of 2 meters enable them to steer at will in complex terrains. 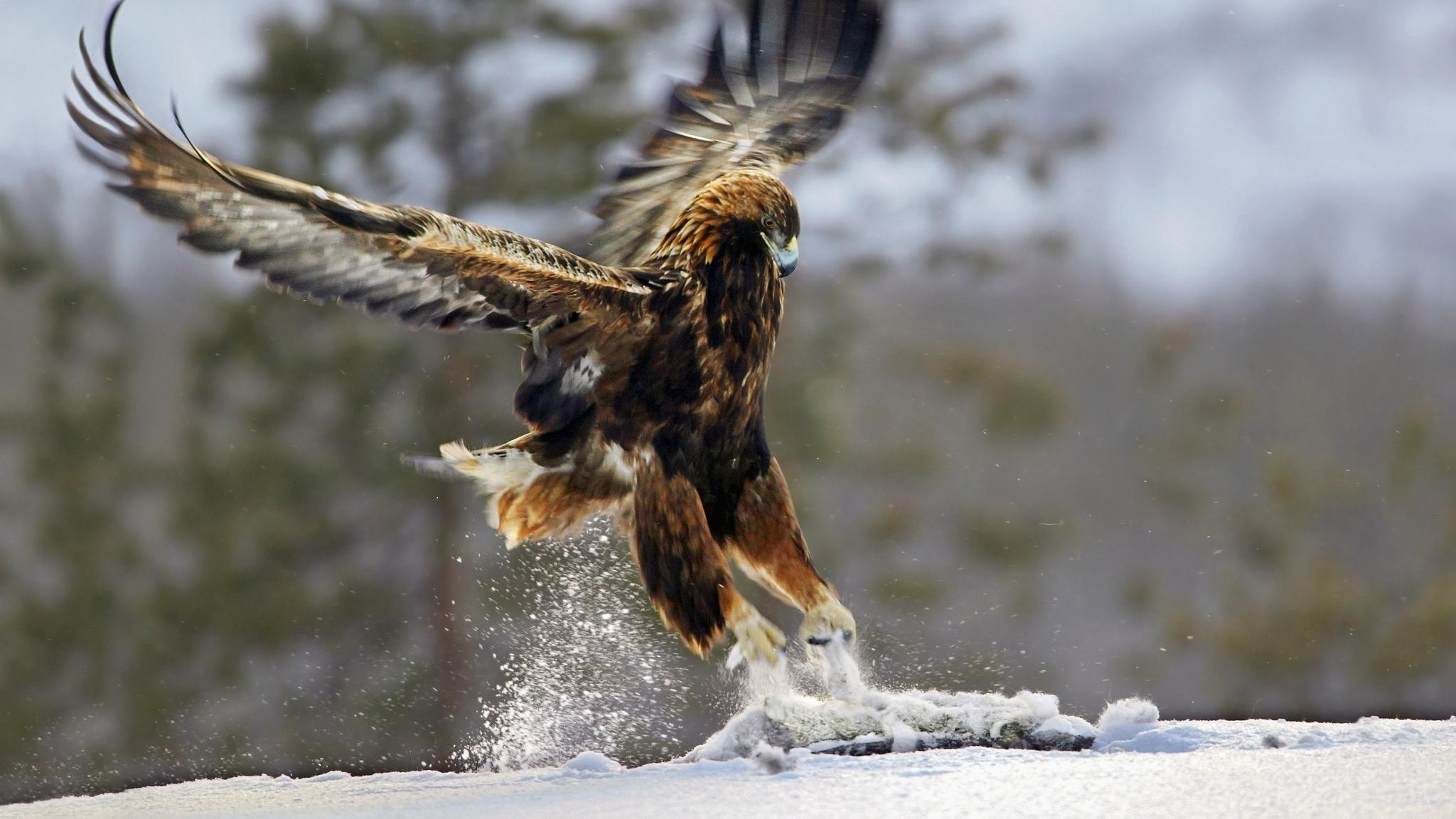 Renowned for their astonishing swiftness, golden eagles can make steep dives at the speed of over 241 kilometers per hour, especially at the sight of their prey like rabbits, ground squirrels, and marmots. Once their sharp talons clinch to the prey on the ground, they tend to wildly flap as their prey run. 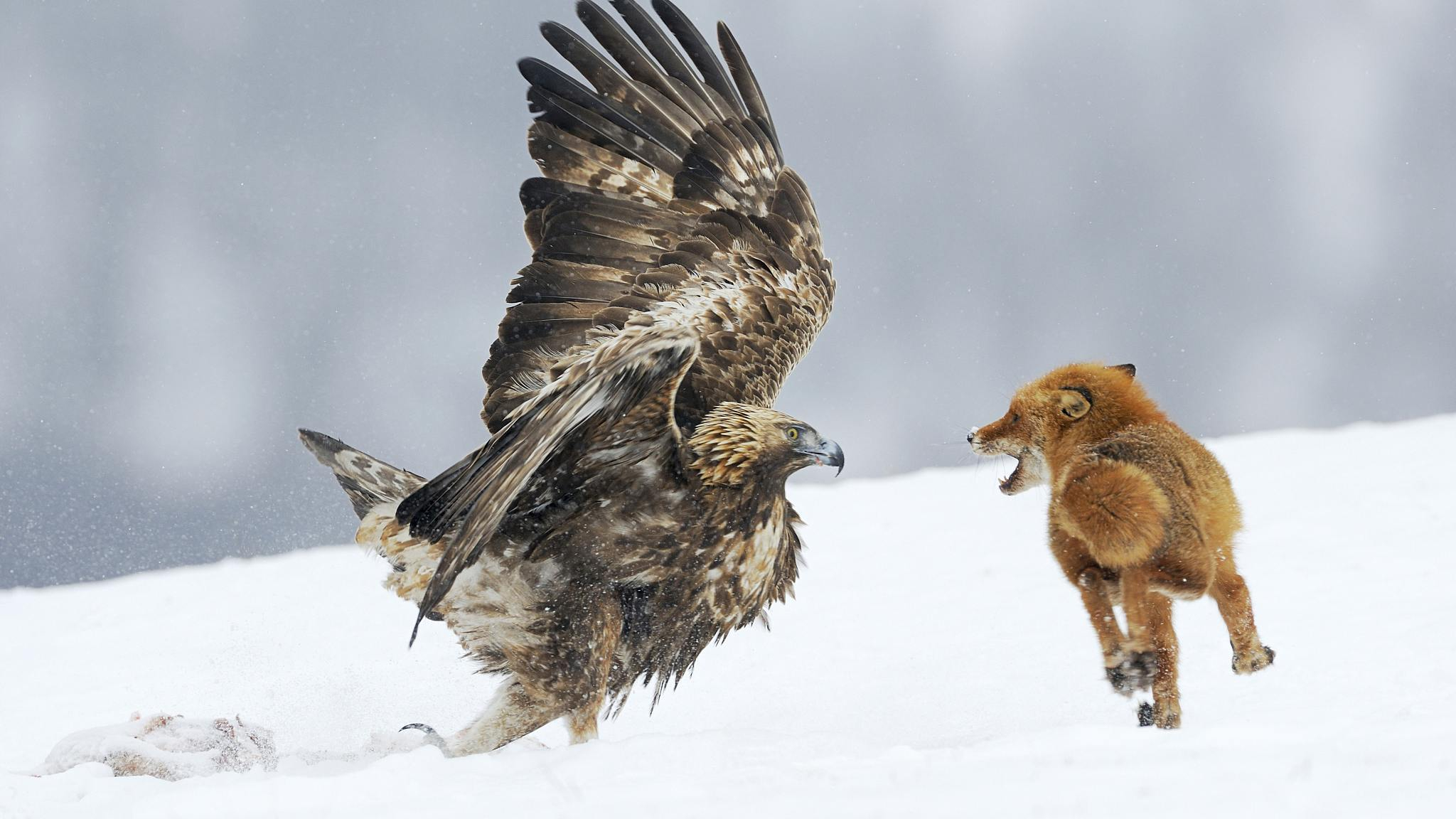 As good hunting buddies of falconers in northern China in the past, golden eagles attack larger mammals like the fox, roe deer, and even wolves.
Today, falconry is banned in China and the golden eagle has been listed as a national Class I protected animal. 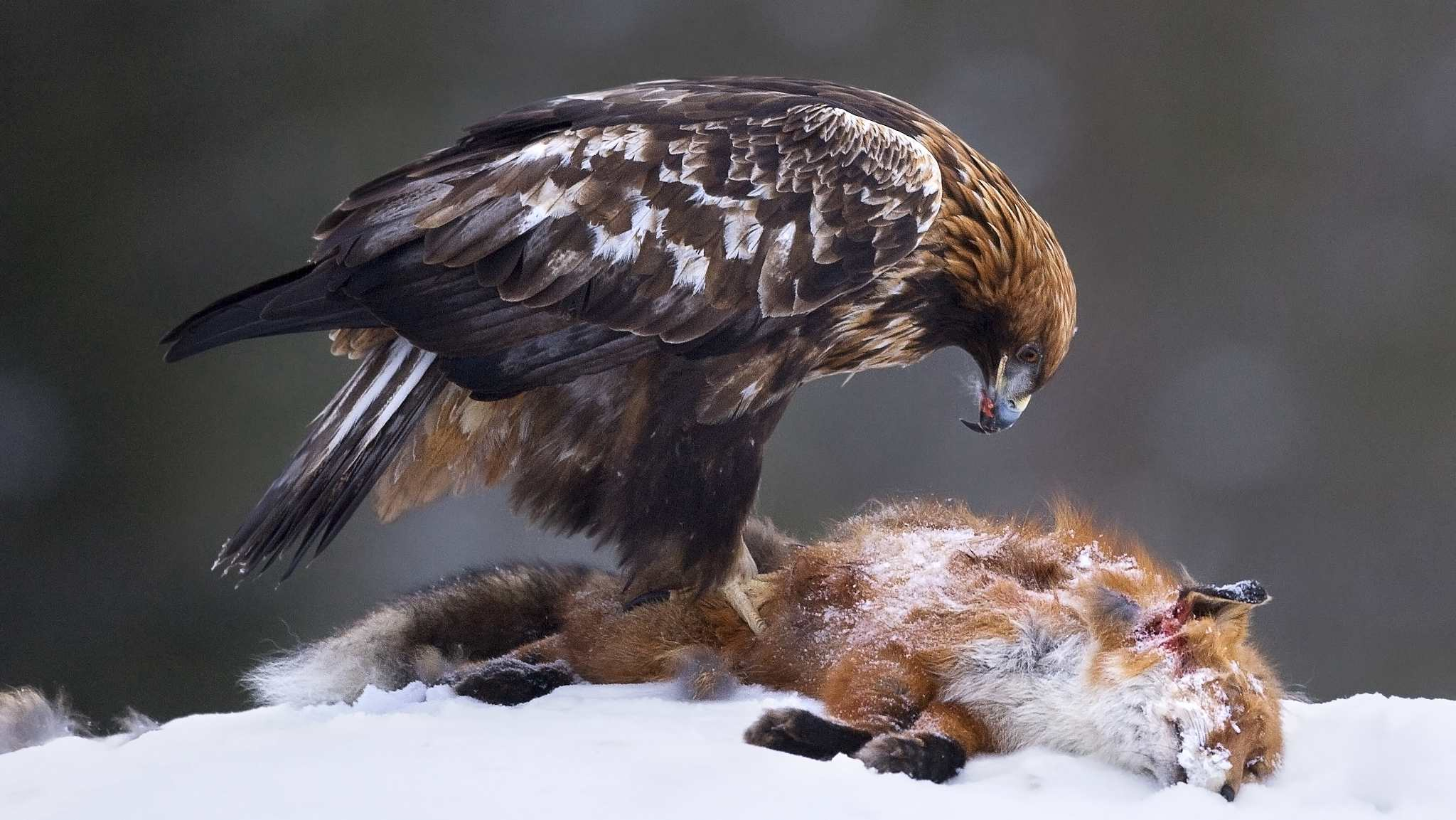 "Golden eagles are proud. Not everyone can tame them," said Haymu, a Kazakh herder and falconer.
Until now, golden eagles can only be found in the wild. Captive breeding does not work on them. This character has also been observed in their mating process. 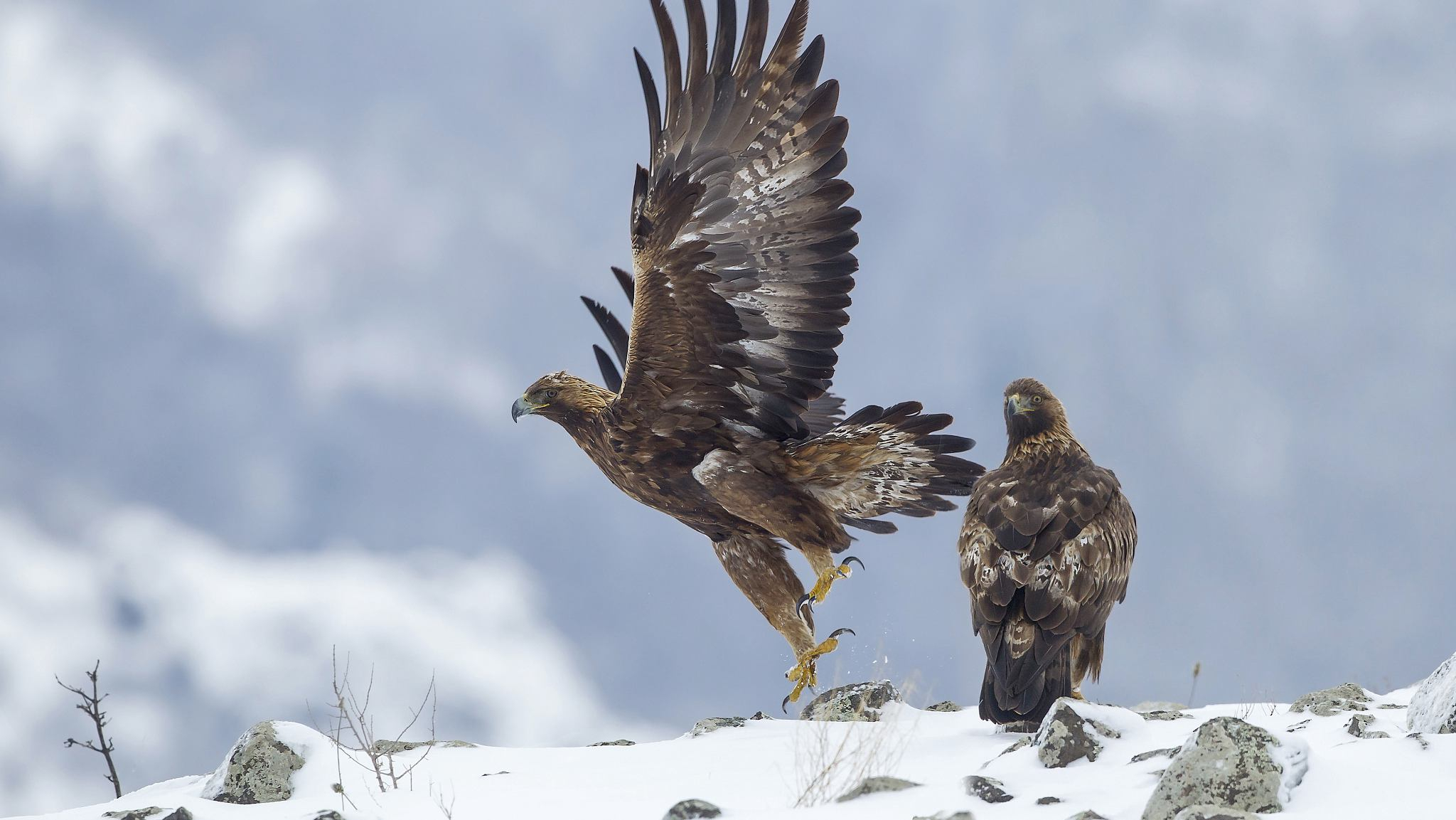 Disdainful of frivolous relationship, most golden eagles mate for life. Their courtship ritual is rather romantic with male golden eagles making swoops to catch a dropped stick or stone several times. The female can react by acting in the same fashion. It's like lovers going out on a dance floor. 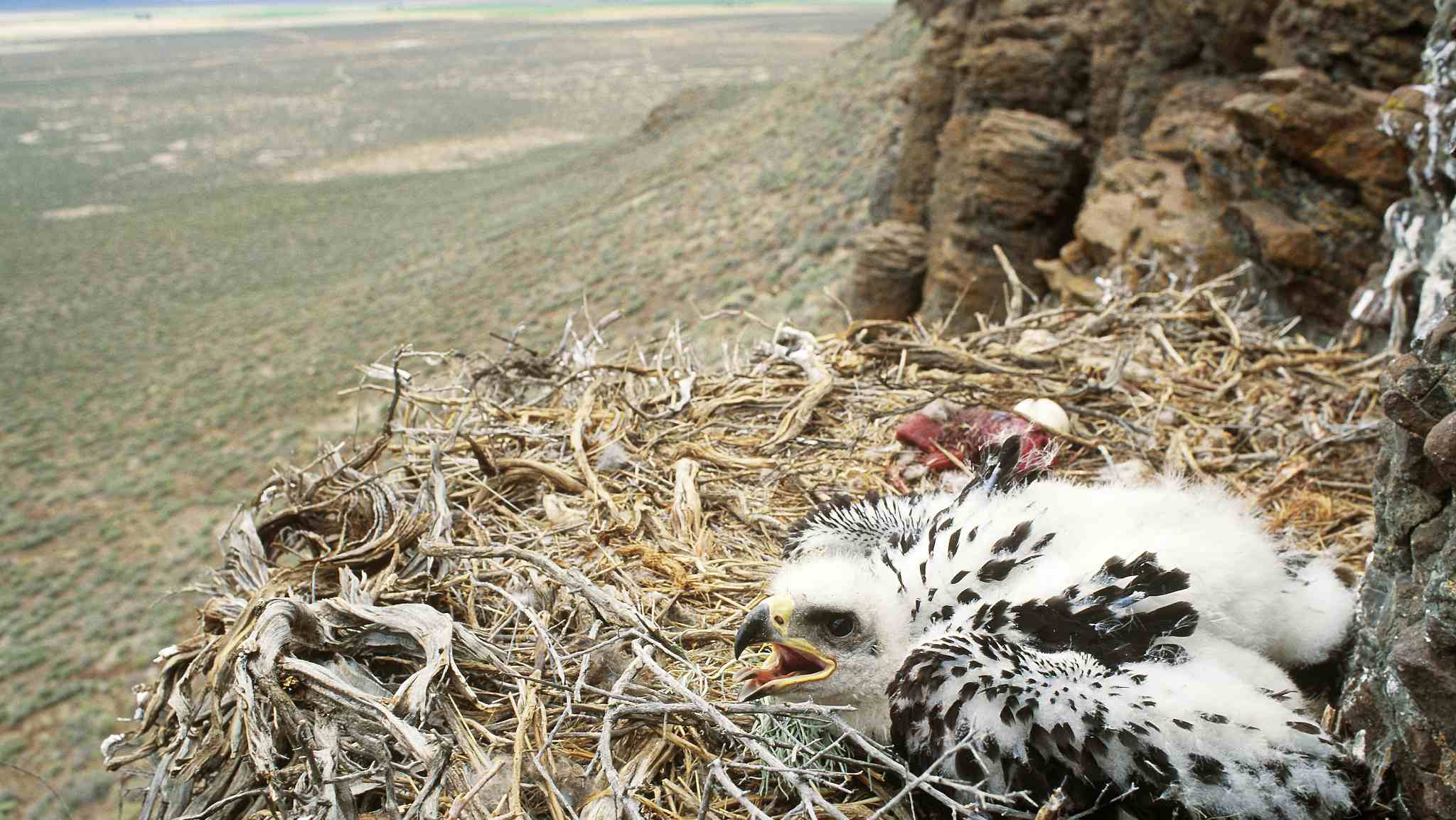 When the golden eagle pair prepares to settle down, they build nests in higher altitudes like cliffs and tall trees. The pair maintains a vast territory as large as 15,539 hectares.
The golden eagle couple usually hunts cooperatively, like "Bonnie and Clyde", with one diverting the prey's attention and the other making the kill. 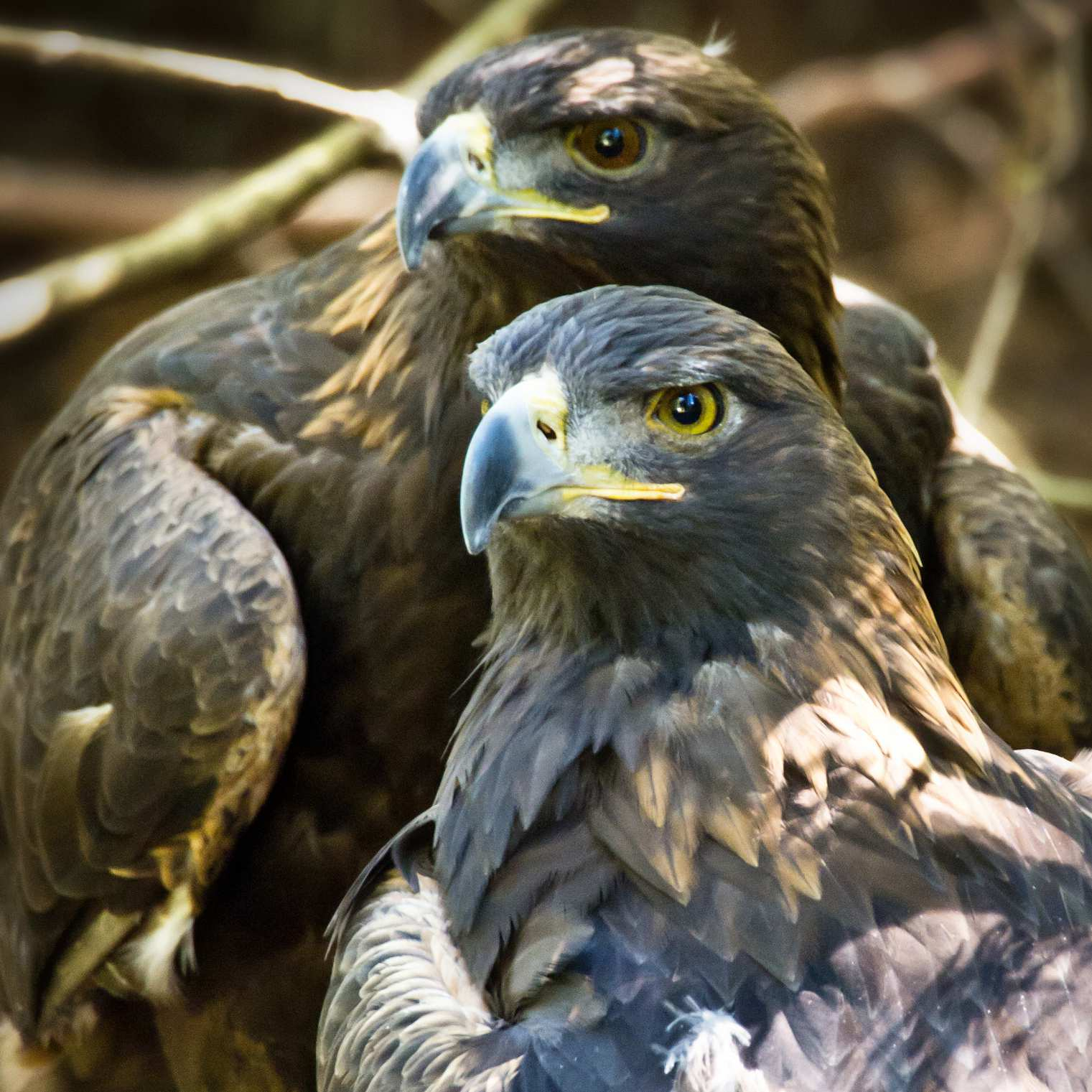 Once its partner dies, the other leaves their co-guarded territory and never returns. In their 30 years' lifetime, they remain strong, proud and romantic, which makes them as precious as gold.