Snow for sale: Locals cash in on winter after rare snowfall in southwest China
CGTN 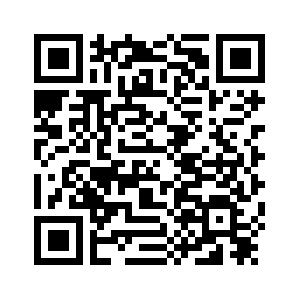 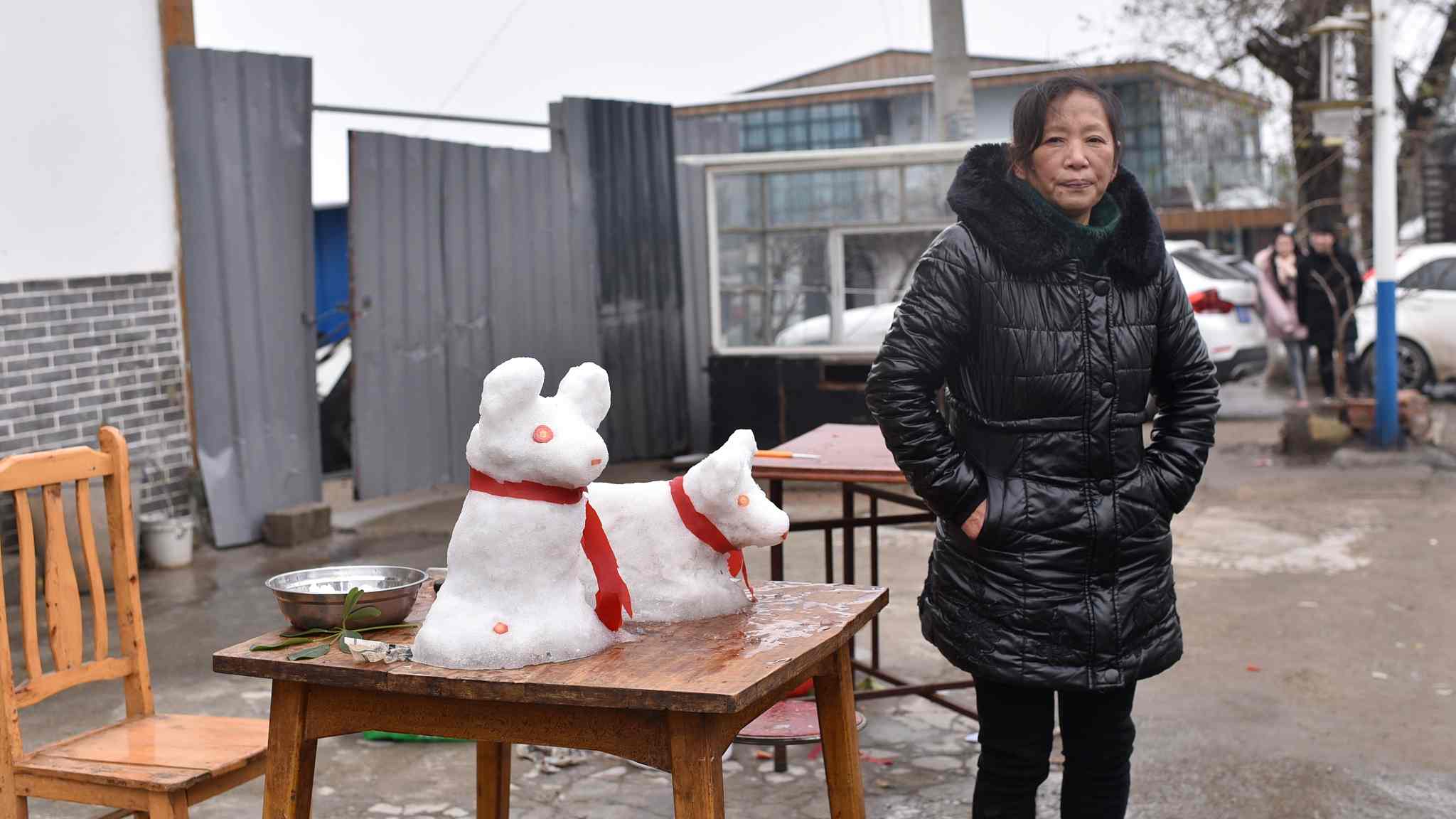 A brief window of opportunity for business recently emerged at a roadside in Southwest China after a rare snowfall blanketed Chengdu City, Sichuan Province around December 27.
Several local vendors have cashed in on winter and offered to sell snow at a roadside to tourists visiting the Longquan Mountain Forest Park in Chengdu, charging up to 20 yuan (about three U.S. Dollars) for a bucket of snow or self-made snowmen, according to videos circulating on social media. 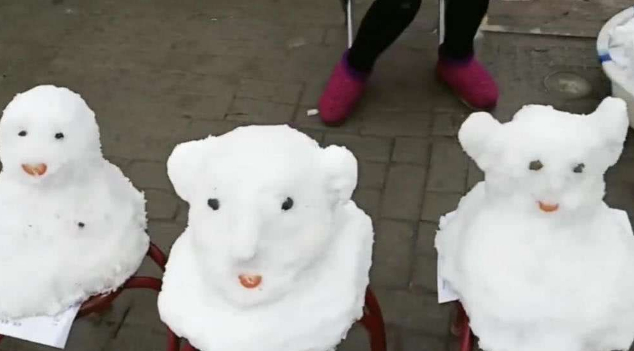 Snow animals were also on sale for tourists. /Screenshot from Weibo

Snow animals were also on sale for tourists. /Screenshot from Weibo

In one video, a woman can be seen scooping snow from a big basket into a smaller bucket.
Another video clip shows a man hurriedly making snowmen while a tourist approaching him.
Since the city seldom witnesses snowfall, it was hot business, according to a local vendor.
Luckily, cashing in on the snow is ok, as the park is open to the public. 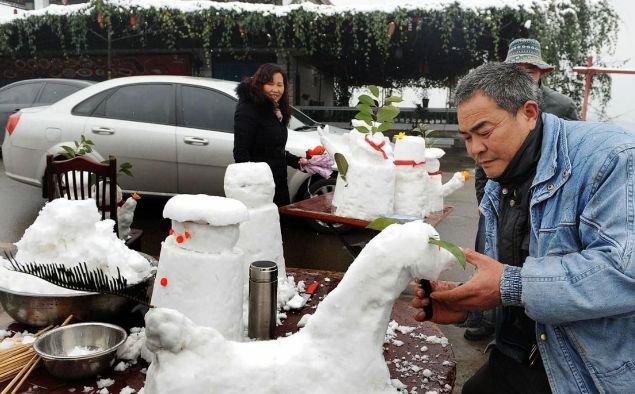 A local vendor carefully molds the snow animal to make it appealing to tourists. /Screenshot from Weibo

A local vendor carefully molds the snow animal to make it appealing to tourists. /Screenshot from Weibo

"Our park is open to everyone," Global Times quoted an employee from the management committee of the park as saying.
"Selling and buying snow is normal behavior in a market economy," he added.
The snow craze has triggered discussions on social media, as the idea of selling snow resonated with many netizens in southern China, who poked fun at the sellers but also termed the idea as creative.
The locals are good at making money, Weibo user @Laikelai commented. “It proves you need to be clever as well to make money,” @Long__Lo, another user wrote.