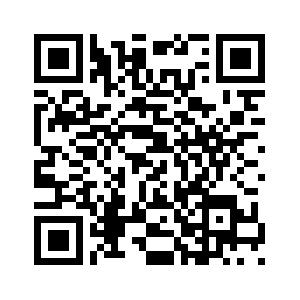 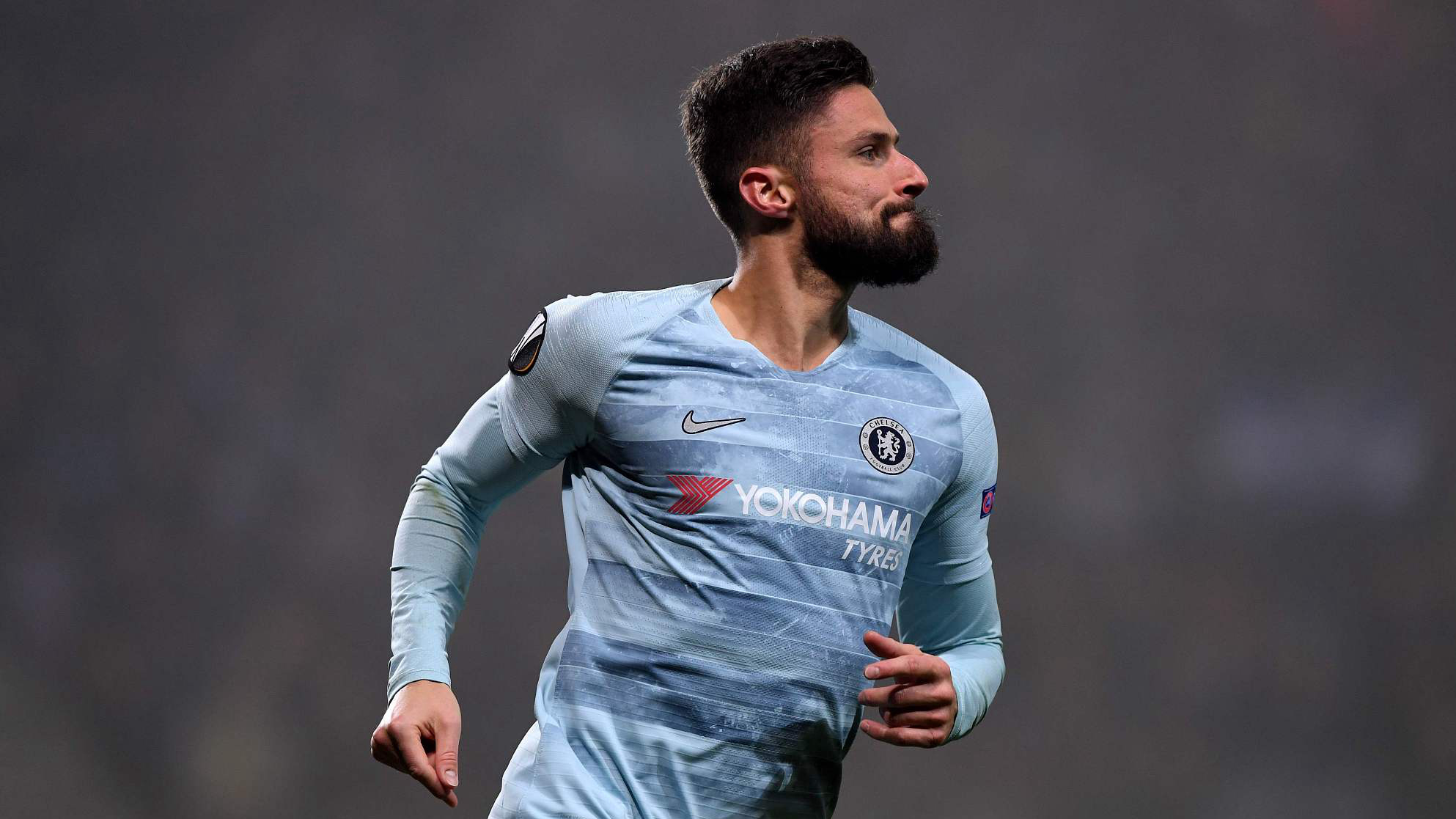 Arsenal booked a place in the Europa League knockout stage and extended their unbeaten run to 15 matches despite a 0-0 draw with Sporting Lisbon on Thursday, while Olivier Giroud's first goal of the season sent Chelsea through.
But Arsenal striker Danny Welbeck, given a rare start just hours after being named in Gareth Southgate's England squad, had to be stretchered down the tunnel with what looked a nasty ankle injury in the first half.
Arsenal midfielders Matteo Guendouzi and Aaron Ramsey were both visibly upset after Welbeck, who is out of contract at the end of the campaign, went down after jumping to win a header.
"It is mentally challenging (playing after a teammate is injured) but sometimes it comes with the game, and Danny has had a lot of injuries," winger Alex Iwobi told BT Sport.
"We wish him the best and will keep on encouraging and motivating him to get back." 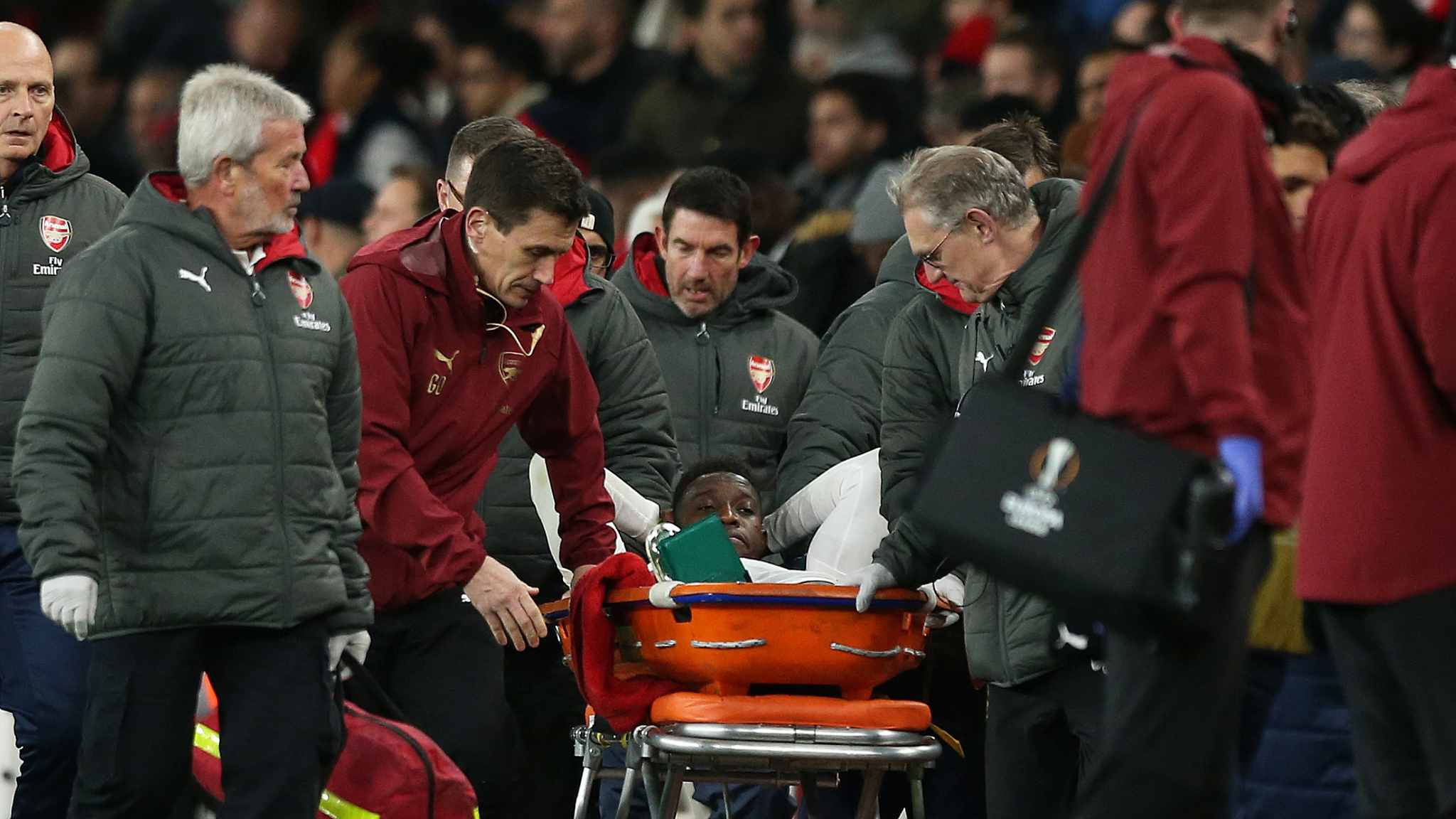 Danny Welbeck of Arsenal is stretchered off with an injury during the 1st half of the UEFA Europa League match between Arsenal and Sporting Lisbon, November 8, 2018. /VCG Photo

Danny Welbeck of Arsenal is stretchered off with an injury during the 1st half of the UEFA Europa League match between Arsenal and Sporting Lisbon, November 8, 2018. /VCG Photo

Unai Emery's Gunners were the better side for long periods at the Emirates against a team who have already had three different managers this term but were forced to settle for a point despite Sporting being reduced to 10 men late on when former Barcelona centre-back Jeremy Mathieu was sent off.
But Arsenal did secure a last-32 spot regardless, as Vorskla Poltava lost 1-0 at home to Azeri outfit Qarabag in the other Group E game.

Chelsea made it four wins from four matches in Group L by edging out a spirited BATE Borisov 1-0 in Belarus.
Giroud ended his 11-game goal drought this season by giving Chelsea a 53rd-minute lead, and the Premier League giants held on despite BATE striking the woodwork three times in the match. 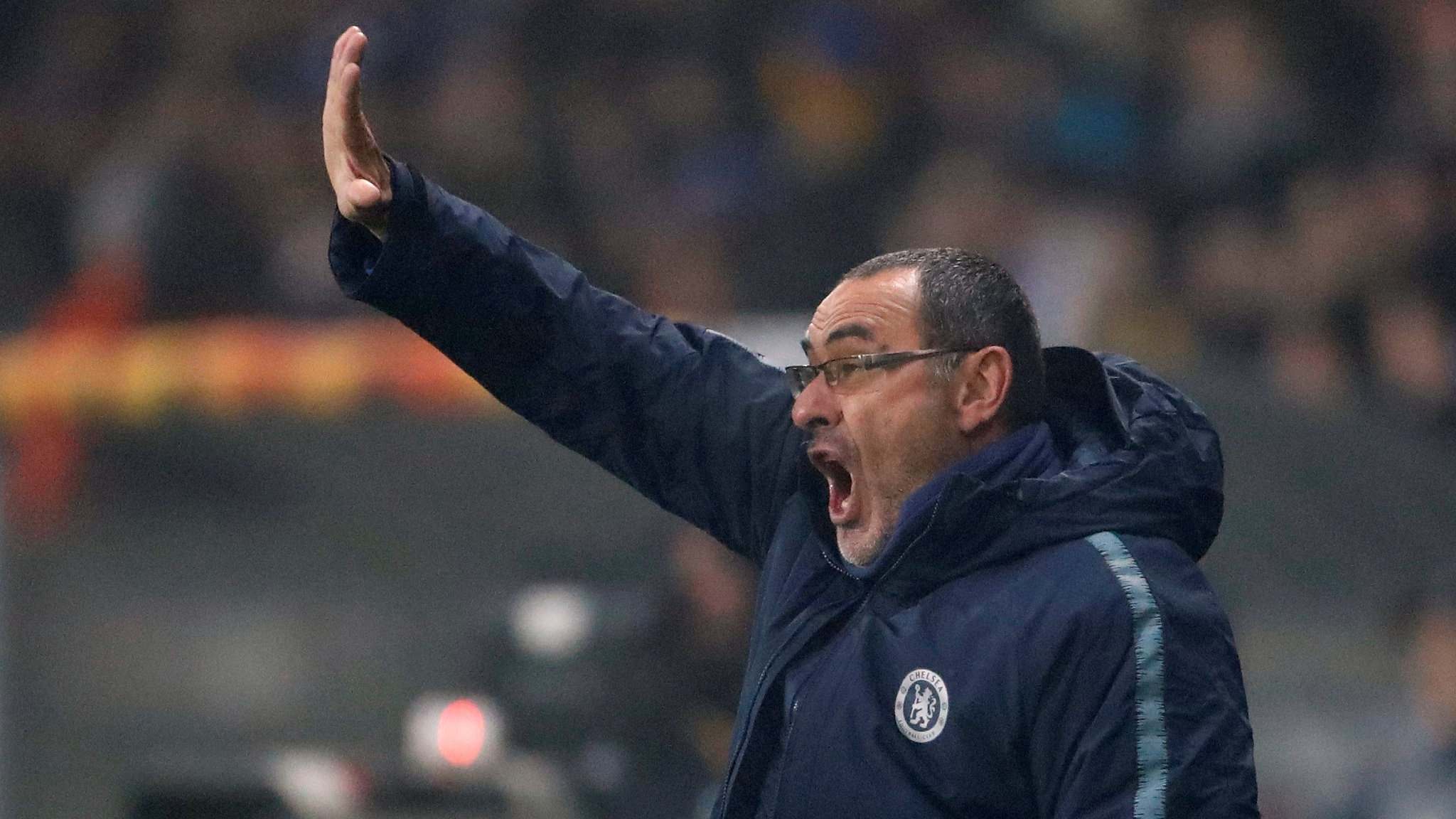 "I was hoping to score soon because I came back late from the World Cup and I was lacking maybe a bit of efficiency and luck but you always need to keep working hard and keep the faith and that's what happened tonight," France striker Giroud said.
The Londoners moved six points clear of Hungarians Vidi at the top of the group and have not tasted defeat in 17 matches since losing the Community Shield to Manchester City in August.
In other matches, Steven Gerrard's Rangers saw their 11-game unbeaten run in this year's Europa League come to a dramatic end as they threw away the lead three times in a 4-3 defeat at Spartak Moscow.
AC Milan stayed just a point adrift of Group F leaders Real Betis after Suso's second-half equaliser grabbed a 1-1 draw in Spain.
Record five-time winners Sevilla needed a late penalty from Ever Banega to claim a 3-2 victory at Akhisar Belediyespor, after having a man sent off, losing a two-goal lead and seeing the Turks miss a spot-kick of their own.
Source(s): AFP