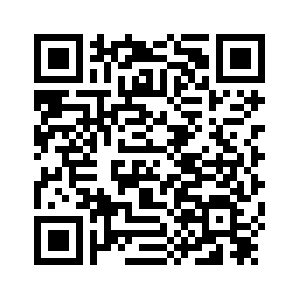 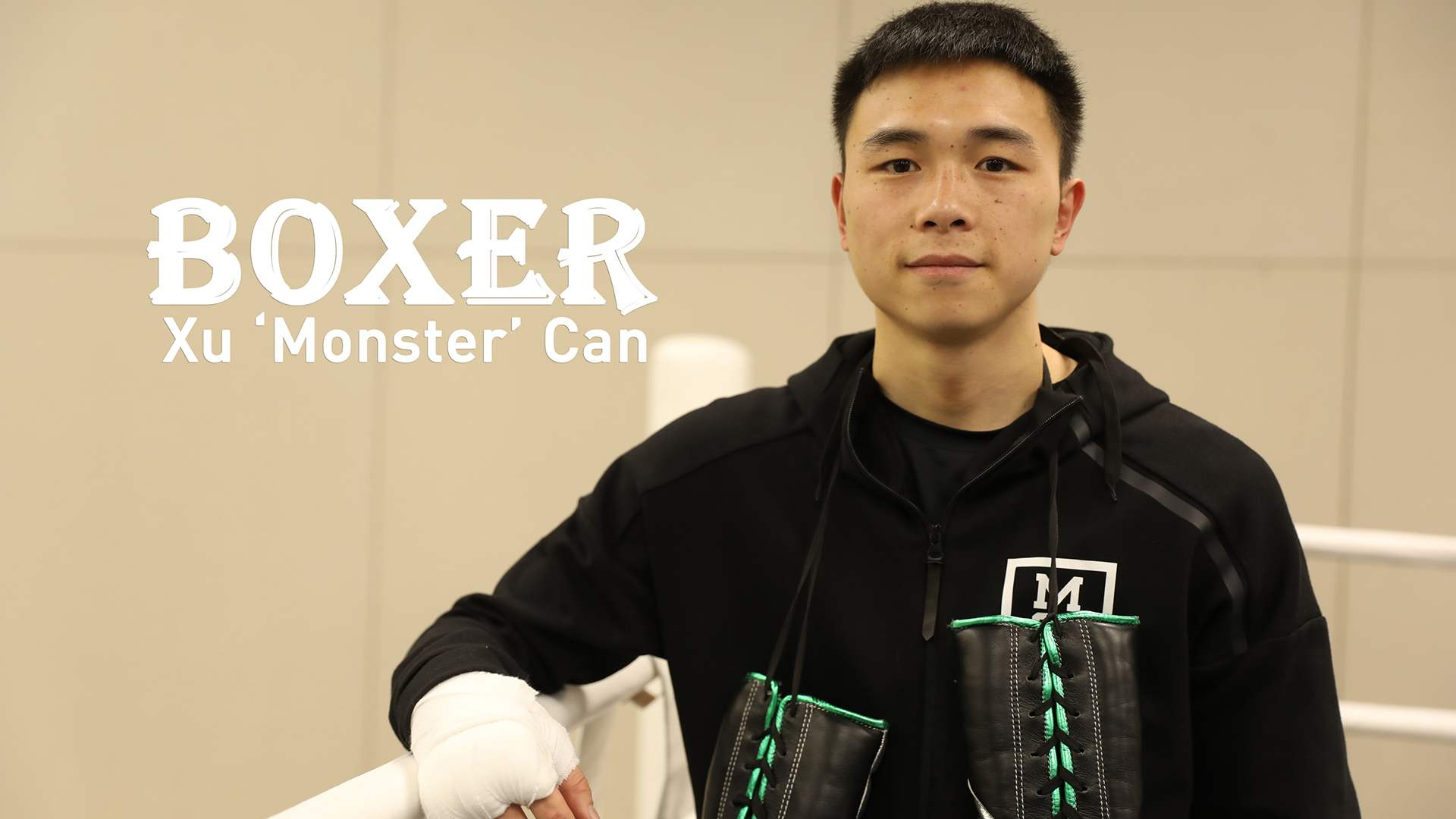 During the past year, no Chinese boxer won a world championship belt, but that situation may soon change as young boxer Xu Can gets a shot at the WBA world featherweight title against reigning champion Puerto Rico's Jesus Rojas in January.
The rising 24-year-old from China has taken the spotlight on the world stage. Xu is at the same age as when his compatriot and former WBC minimumweight champion Xiong Chaozhong began training.
Born on March 9, 1994, in east China's Jiangxi Province, Xu has traveled all over China with his pastry-making parents. He began his professional boxing career, encouraged by his father.
When Xu dropped out during his third year in junior high school, his father sent him to the Zhongwei professional boxing club - the only such club in China at that time - in Kunming, Yunnan Province in southwestern China. The club was later renamed as Max Power Promotion.
In the beginning, Xu approached the sport with enthusiasm, but got bored after two years of training four hours a day, six days a week. 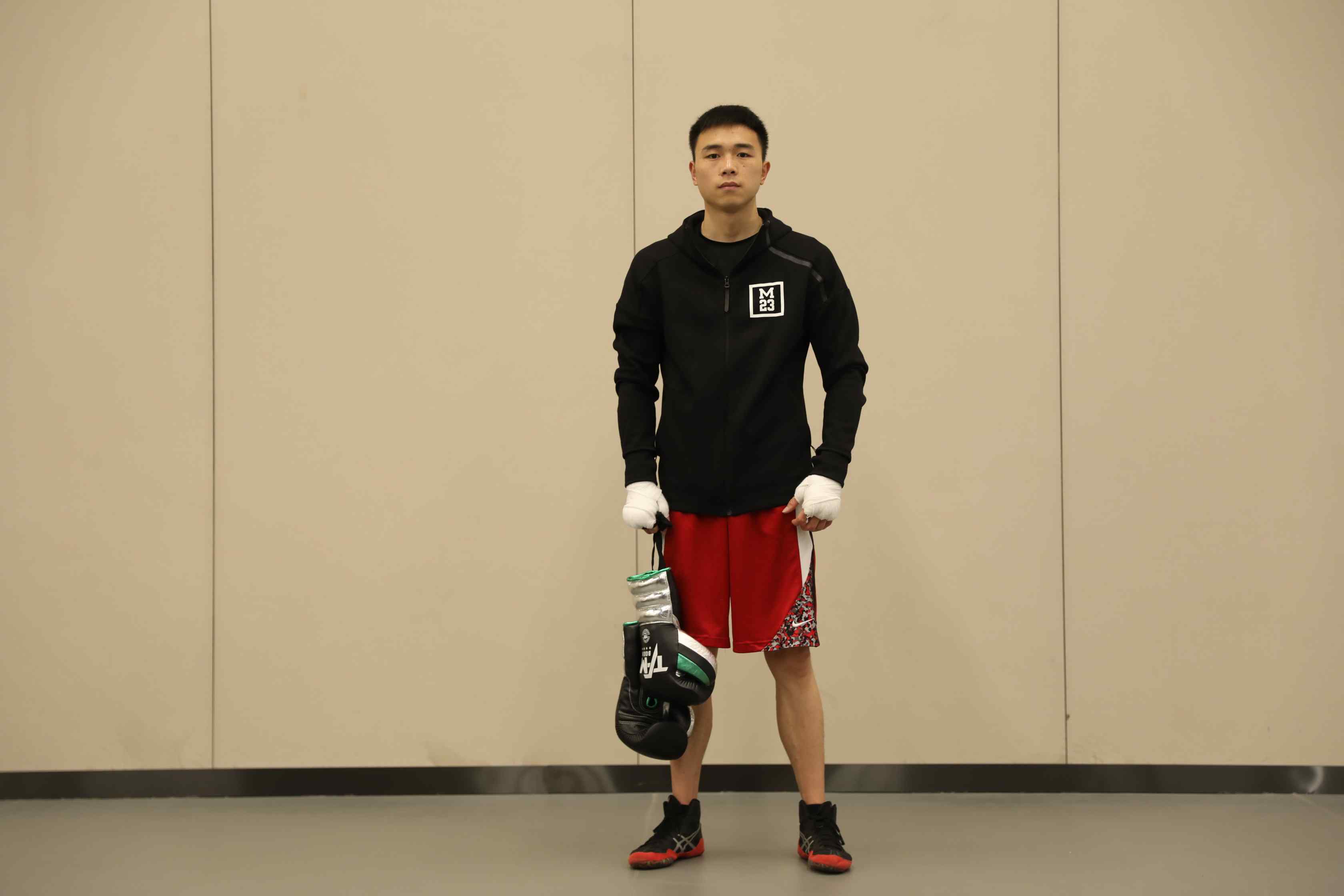 In 2013, Xu's promoter Liu Gang arranged a match for him, thinking he was ready to enter the professional ring. He won his debut in a four-round bout, beating an amateur boxer with around seven years of experience.
Xu took part in four matches the following year, but he racked up two losses - the only two of his 17 bouts up until now.
On June 27, 2015, in Toowoomba, Australia, Xu defeated the native Kris George in a 10-round bout to win the WBA Oceania super lightweight title. That was Xu's most unforgettable moment in his career so far.
In the next match, he grabbed the WBA Oceania super featherweight title and defended it twice. Then, he upgraded to a higher level in the bout against Ramiro Blanco of Nicaragua to bag the WBA international super featherweight title on September 30 in 2016 and defended it another two times.
The last title that he obtained was the WBA international featherweight title on October 3, 2017. Since his first time winning the belt, he lost 14 pounds from a super lightweight to become a featherweight. That's mainly because there are fewer contenders in the featherweight class in the world, Xu's promotional team suggested.

Nehomar Cermeno of Venezuela vs. Xu Can of China for the title of WBA international featherweight champion, Shanxi Province, China, October 3, 2017 /VCG Photo

Nehomar Cermeno of Venezuela vs. Xu Can of China for the title of WBA international featherweight champion, Shanxi Province, China, October 3, 2017 /VCG Photo

The professional boxing team M23 (Mission 2023) Xu belongs to set a goal upon its founding that they will bring up five world boxing champions before the end of 2023. This spring, they set up combat training between Xu and three-weight world champion Naoya Inoue of Japan, who is known as the "monster" just like Xu is.
For the moment, Xu ranks in the top-15 in all boxing organizations' comprehensive ranking, and is the No.1 Chinese male boxer on the authoritative boxing website BoxRec with four stars.
After conquering Enrique Bernache of Mexico in his first contest after eight rounds in the U.S., the split decision suggests there will be more danger waiting for Xu on the world stage.
“I never want to draw back,” the exuberant youth said multiple times during his interview with CGTN.
Xu also expressed his intention of going back to the heavier levels, but this “shy and crazy monster” emphasized, “Now, all I want to get is the 126lbs world champion belt.”
Writer: Li Chenqi
Video Editor: Li Chenqi, Liu Lian, Wang Dawei, Lan Haowei, Ji Jiahui
Cinematographer: Wang Yilin
Sparring partner: Liang Anbi
Video File: Courtesy of Max Power Promotion‍