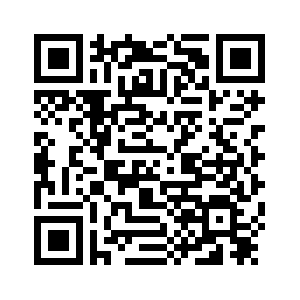 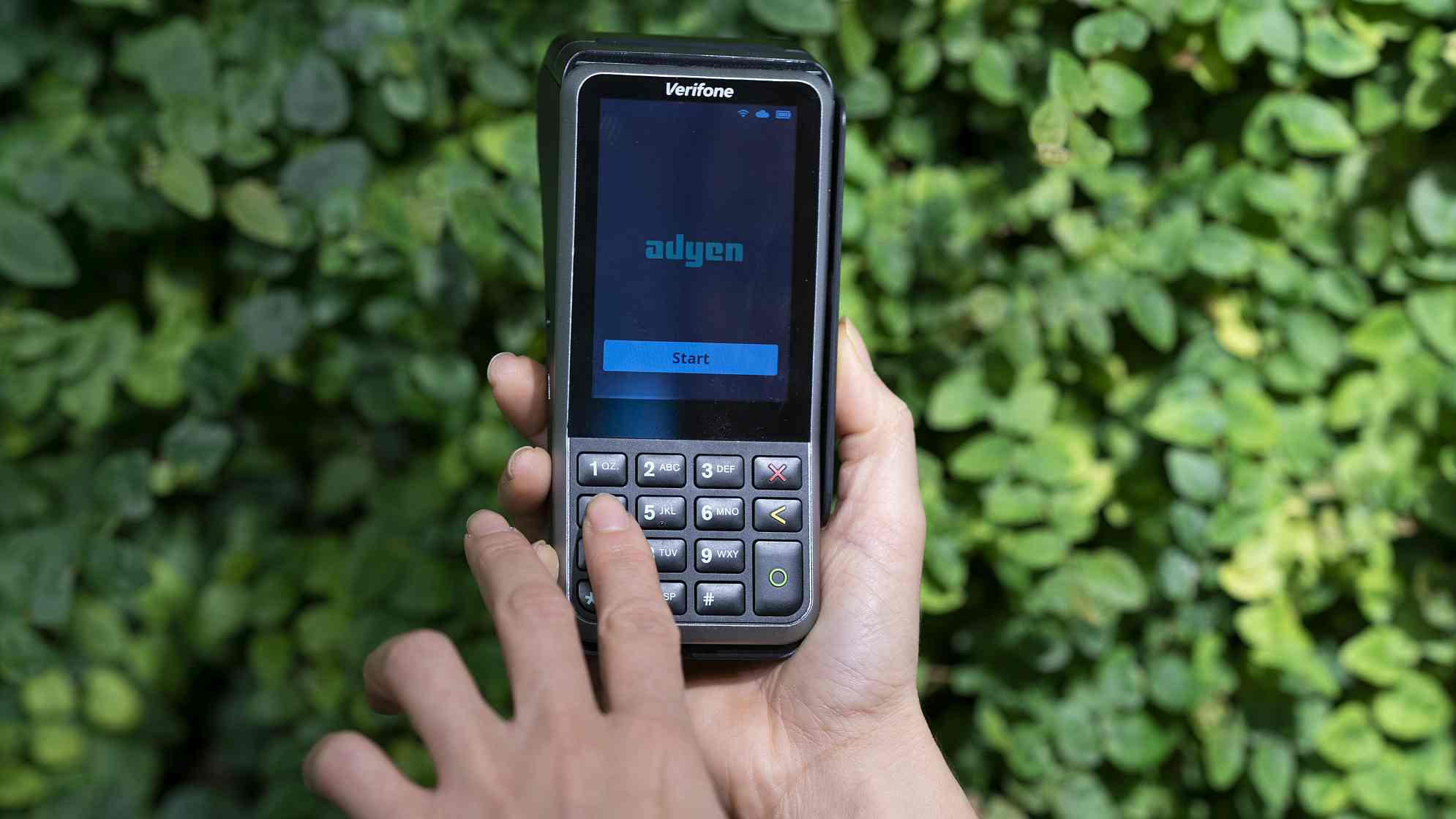 Editor's note: Chen Jiahe is the chief strategist at Cinda Securities. The article reflects the author's opinion, and not necessarily the views of CGTN.
In the late 19th century, people had to choose between using direct current (DC) and alternating current (AC). At that time, most did not believe it was possible to use AC in their daily lives as it had caused too many electrocution cases.
However, AC finally triumphed, thanks to its economic efficiency. Today, although there are still many people affected by electrocution around the world, in general, mankind has lived better lives thanks to the wide use of alternating current.
Later, at the final stage of World War II, the atom bomb was invented. The massacre it caused surprised the world. Even one of its inventors, Albert Einstein, felt grieved for the huge losses caused by his invention. 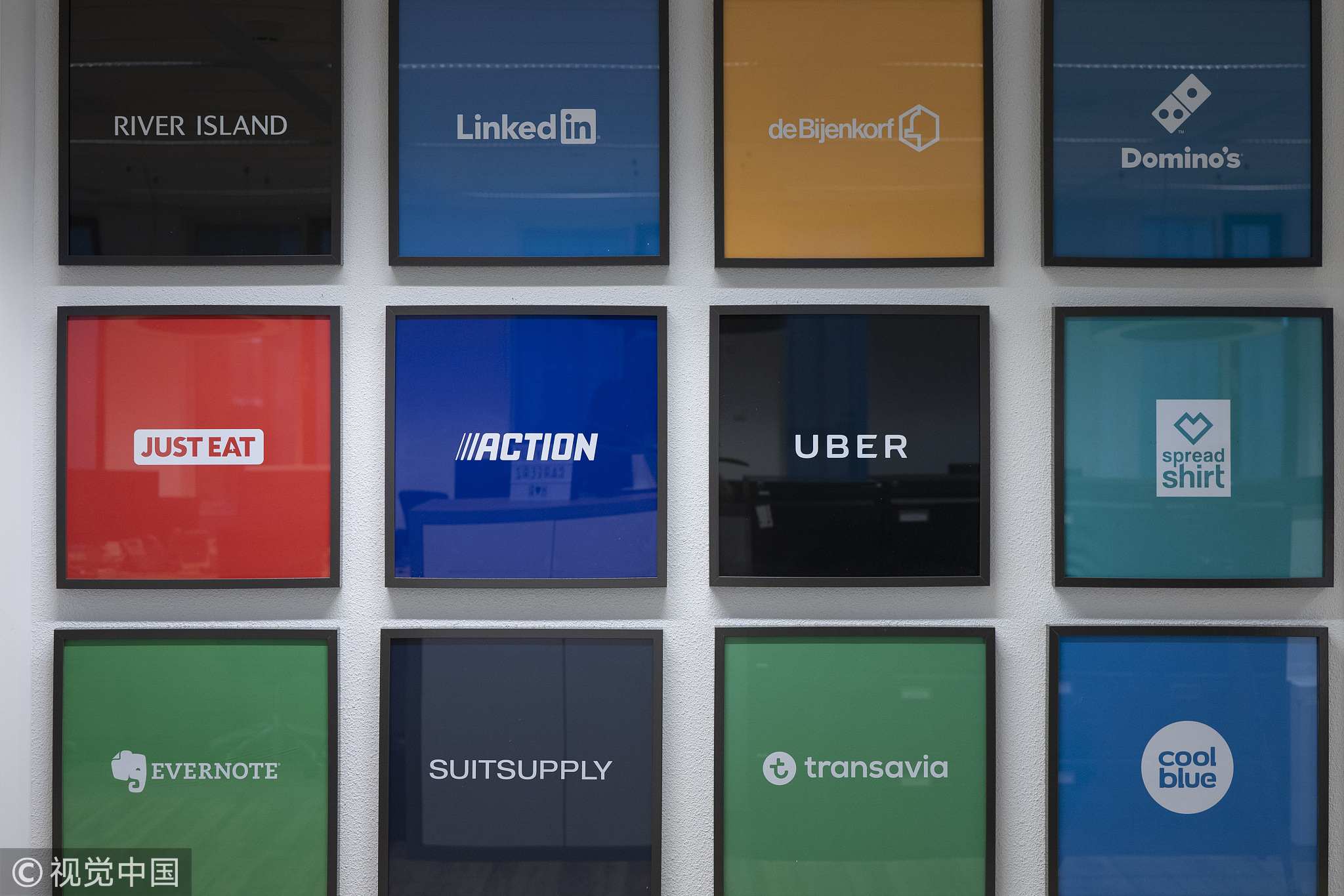 Framed global client logos sit on a wall inside the Adyen NV headquarters in Amsterdam, the Netherlands, on Monday, October 29, 2018. Investors have flocked to fintech company Adyen, whose shares have risen from 240 euros at the time of the IPO, to as much as 609 euros a month later. /VCG Photo

Framed global client logos sit on a wall inside the Adyen NV headquarters in Amsterdam, the Netherlands, on Monday, October 29, 2018. Investors have flocked to fintech company Adyen, whose shares have risen from 240 euros at the time of the IPO, to as much as 609 euros a month later. /VCG Photo

The above two examples tell us that it is almost impossible to anticipate the outcome of a certain technology if you only consider the technology itself, but not the actions of people who utilize it. With finance, it is exactly the same. New technologies related to the financial sector can also be a double-edged sword.
For example, invented in the last decades of the 20th century, financial derivatives that can spread the risk among different investors were thought to be a perfect invention. Different investors with different appetites were allowed to choose their own favorite investment options. However, we then saw the devastating 2008 global financial crisis.
The recently invented blockchain technology is also a marvelous design. Its most influential application is the digital currency. However, Warrant Buffett commented: “Bitcoin isn't an investment.” History has proved that Mr. Buffett rarely made mistakes when he described something like a bubble, such as his prophecies of the dot-com bubble and the derivative bubble.
To me, digital currencies are nothing but a modern type of tulip bulb market bubble. The only difference is that when the bubbles burst, a tulip bulb bubble can still leave you with a flower, but a digital coin leaves you nothing.
However, it was exactly the massive fatality caused by nuclear weapons that made countries panic. Fearing another nuclear war, which can be the last war of mankind, no international superpower has dared to start a war on a large scale since the WWII. As a result, mankind has enjoyed over 70 years of global peace and prosperity. 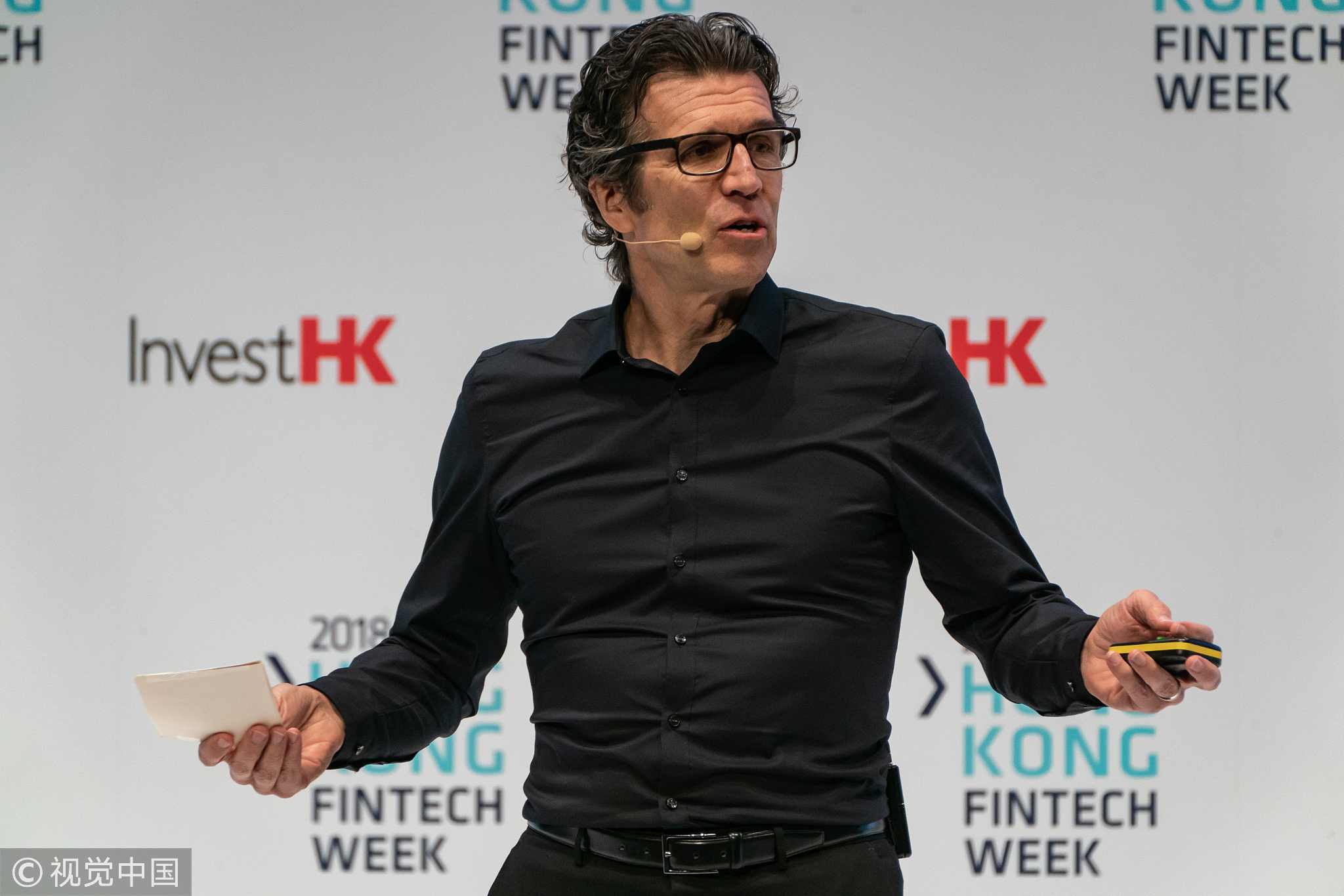 Another financial technology that has received praise in the past few decades is the technique of passive investing. With it, the number of index funds rose dramatically.
However, passive investing is not a cure-for-all. Without the prices set by active asset managers, the technique of passive investing cannot do its job at all. A detailed and subtle analysis can be found at the memo “Investing without People”, written by the veteran investor Howard Marks.
Perhaps the most controversial technology employed in the financial market is the digital trading of equities. A market for equities is good since it creates a platform where people can exchange their holdings of stocks. However, why should we have a market that opens every day? Will a stock market that opens every week or even every month still be sufficient? Hasn't a daily trading market caused too much fluctuation and anxiety?
The above examples cannot erase the contributions that various kinds of technology have brought to our financial industry. In fact, if there is no technology employed at all, perhaps we are still trading with shell money or gold. However, we cannot neglect potential hazards that can be caused by the overuse of technology, either. After all, the ways that we utilize technologies matter much more than technologies themselves.
(If you want to contribute and have specific expertise, contact us at opinions@cgtn.com)