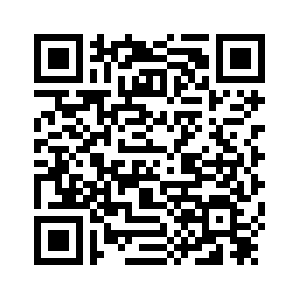 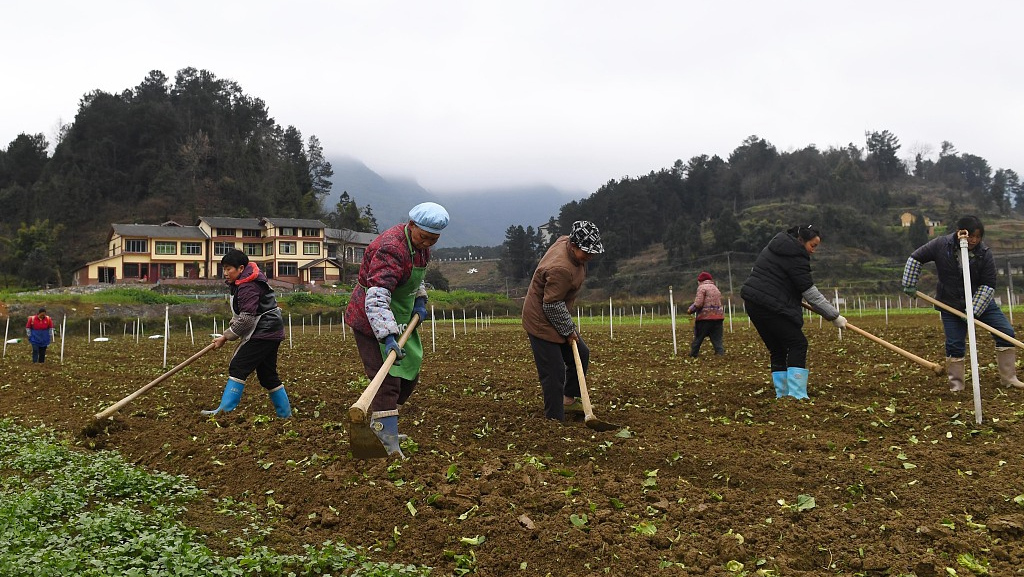 A figure, which has been repeated for years, still stands out in the "No. 1 central document" which lists agriculture, rural areas and farmers' issues as China's top priorities for the 16th consecutive year since 2004. The document was released on Tuesday by the Communist Party of China (CPC) Central Committee and the State Council.
China's total arable land shall be no less than 1.8 billion mu (120 million hectares), a red line set by the central government, according to the document with over 11,000 Chinese characters.
The document also notes that the area for planting grain shall remain at 1.65 billion mu, while 800 million mu of high-quality farmland is to be developed by 2020, as planned.

As to why a red line needs to be set to keep China's cultivated land above 1.8 billion mu, it is related to a book written by a noted American environmental analyst, according to Zheng Fengtian, a professor at the School of Agricultural Economics and Rural Development under Renmin University of China.
The book, titled "Who Will Feed China? Wake-Up Call for a Small Planet," was written by Lester Brown and published in 1995. Brown claimed that China would not succeed in feeding its own population, which was over 1.2 billion in the mid-1990s. 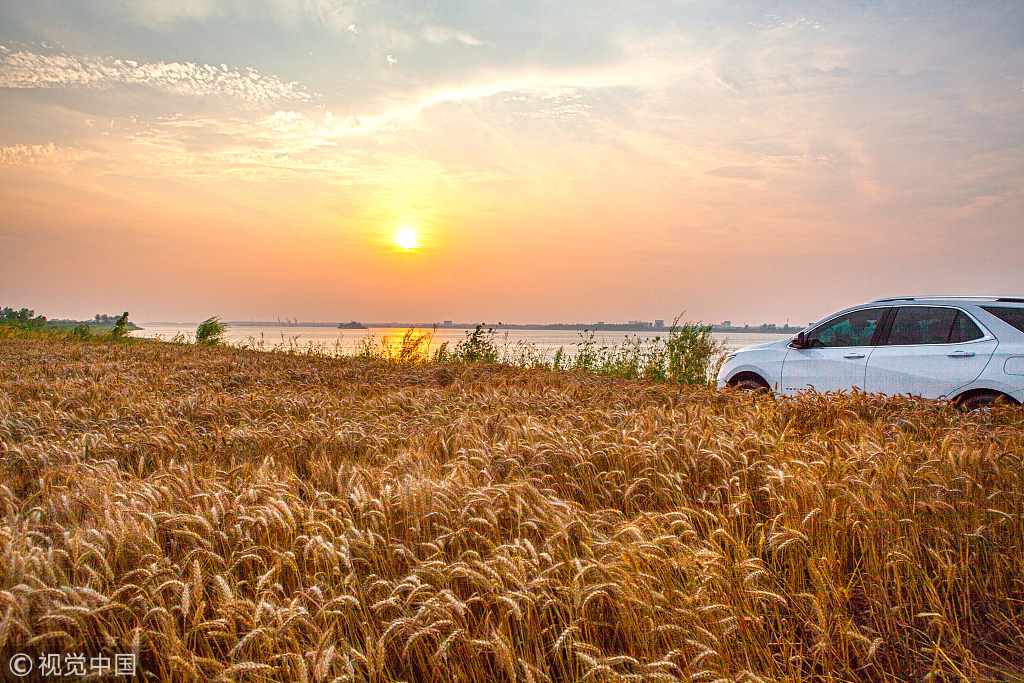 "This book has shocked China's top decision-making body after it was circulated and policies have been introduced to assure that food security is viewed as a national security priority for China," Zheng told CGTN Digital, clarifying that the area of cultivated land is directly related to food security.
"As for food issues, no country can rely on other countries considering the high potential risks," Zhang Zhongjun, assistant representative of the UN Food and Agriculture Organization in China, told CGTN Digital. Once China buys something from the international market, its price goes up, let alone grain, a strategic product, he said.
"Once a food crisis occurs, no country will sell grains, and a series of social problems will come to countries dependent on food imports," Zhang told CGTN Digital, citing the world food crisis of 2007-2008.
Taking China's population of 1.4 billion into consideration, only 1.29 mu of arable land is available for each person. That explains why the government has set 1.8 billion mu as the red line. 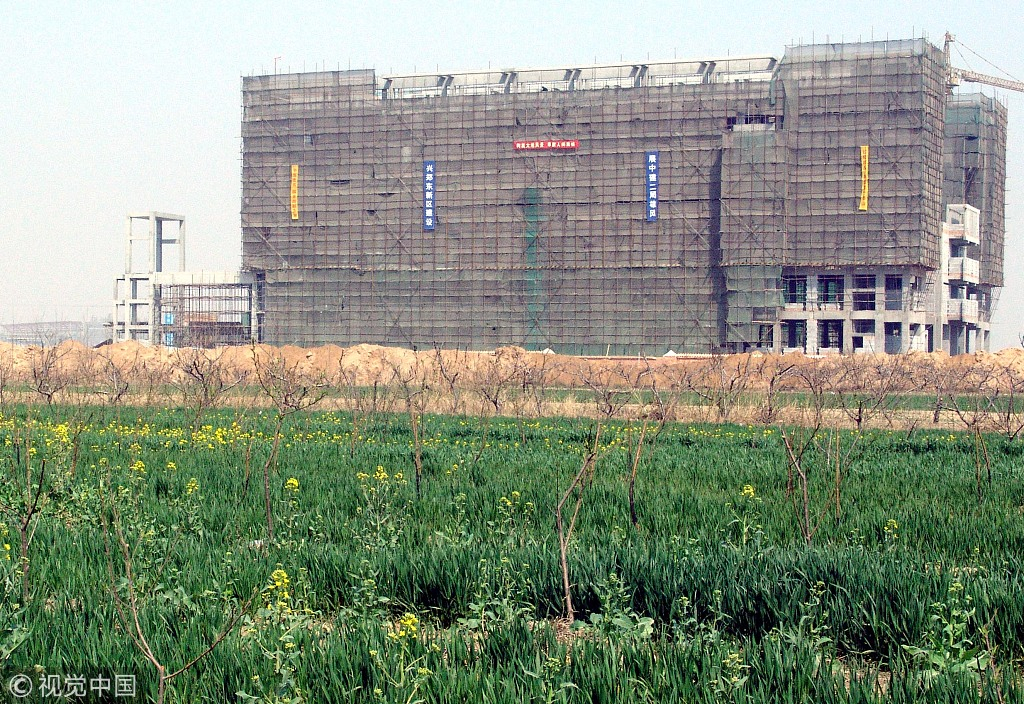 There was a period of time when the area of arable land had decreased: From 1997 to 2008, China's total farmland decreased by 125 million mu.
The problem happened gradually and was unnoticed, due to the distributed nature of farmland in the country, Chen Xiwen, former director of the Office of the Central Rural Work Leading Group, told local media.
Four factors are attributed to this phenomenon: conversion of cropland to forests, farmland used for non-agricultural uses, farmland destroyed by natural disasters and structural adjustment of agriculture.
Figures show that 130 million mu of farmland were converted to forests and grassland between 1997 and 2005, and 27.4 million mu of farmland used for non-agricultural purposes.
To control the rapid farmland shrink, in 2005, the State Council released assessment measures for provincial governments. Since January 2018, a revised version has been introduced to protect farmland and defend the "red line" more stringently.
In order to compensate farmland occupied for industrial uses and urbanization, a balanced system of cultivated land occupation and compensation has also been introduced. According to stipulations, the same amount of cultivated land of the same quality must be provided as compensation by the local government.
The government has set standards for the quality of cultivated land: excellent, good, average and low.

The government values not only quantity and quality of the country's farmland, but also its ecological service value. 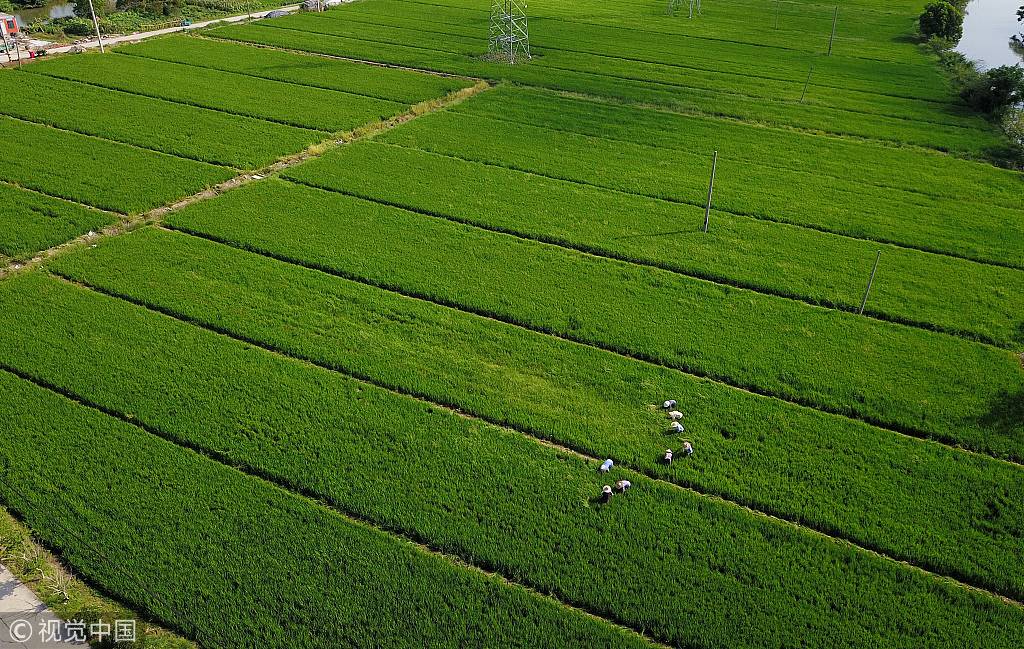 Implementing the government's policy requires farmers willing to take care of the farmland and plant crops, which is a challenge given that the price of grains is much lower than those of certain cash crops.
Authorities have introduced subsidies to encourage such behavior, but the amount varies, according to experts.
"People's understanding of farmland was quite shallow in the past," said Zheng Fengtian, explaining that crops also take in carbon dioxide and exhale oxygen as trees do. When certain amount of rice is planted, the function of wetlands can be observed, he said, taking the southern part of Suzhou in east China's Jiangsu Province as an example.
It is a shared community of living beings composing mountains, rivers, forests, farmlands and lakes, as President Xi Jinping put it in November 2013.
(Top image: Local farmers work in the field in Zunyi, southwest China's Guizhou Province, February 23, 2019. /VCG Photo)