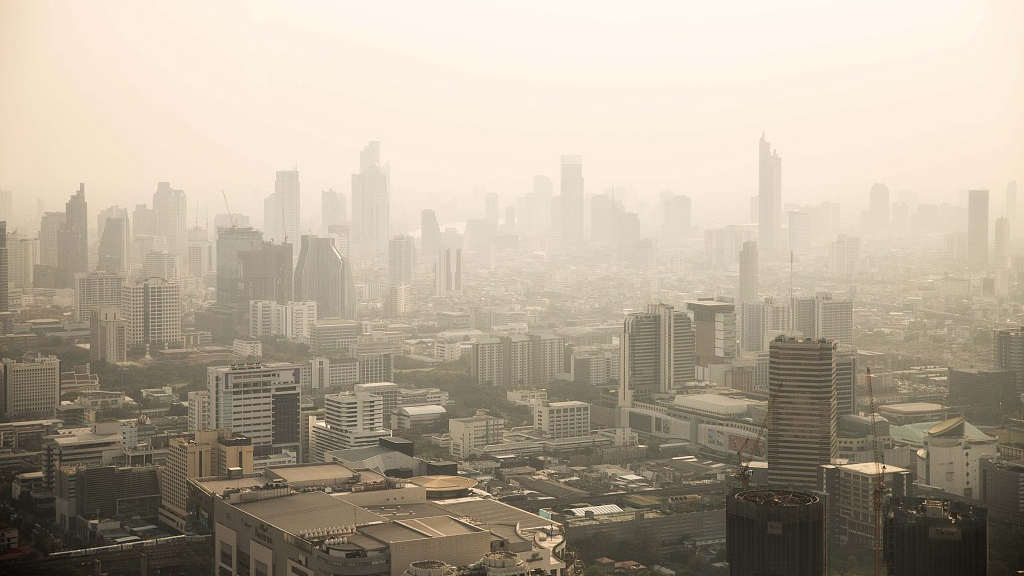 Editor's note: Richard Fairchild is an associate professor at the Finance of School of Management at the University of Bath. The article reflects the author's opinions, and not necessarily those of CGTN.
Nations play out many games on the international stage, such as Brexit, trade wars and many others. However, these all pale into insignificance when we consider the games played between nations over the huge and potentially disastrous environmental threat to our planet's very survival.
Over the past decades, there have been numerous attempts to form environmental agreements, (e.g. Montreal 1987, Basel 1989, Helsinki 1992, the Kyoto protocol 1997, Stockholm 2001, and most recently, the Paris Agreement 2015) between international governments over issues such as limiting pollution, greenhouse gases, carbon emissions, and global warming. But, in the end, nations always fall short of the agreed targets, renege on their promises, or simply quit, and the agreement breaks down.
The Paris Agreement is a recent example of this problem: 196 nations negotiated and agreed on it in December 2015, with the objective of limiting increases in global warming. However, in June 2017, U.S. President Trump announced that his country would be withdrawing from the agreement. 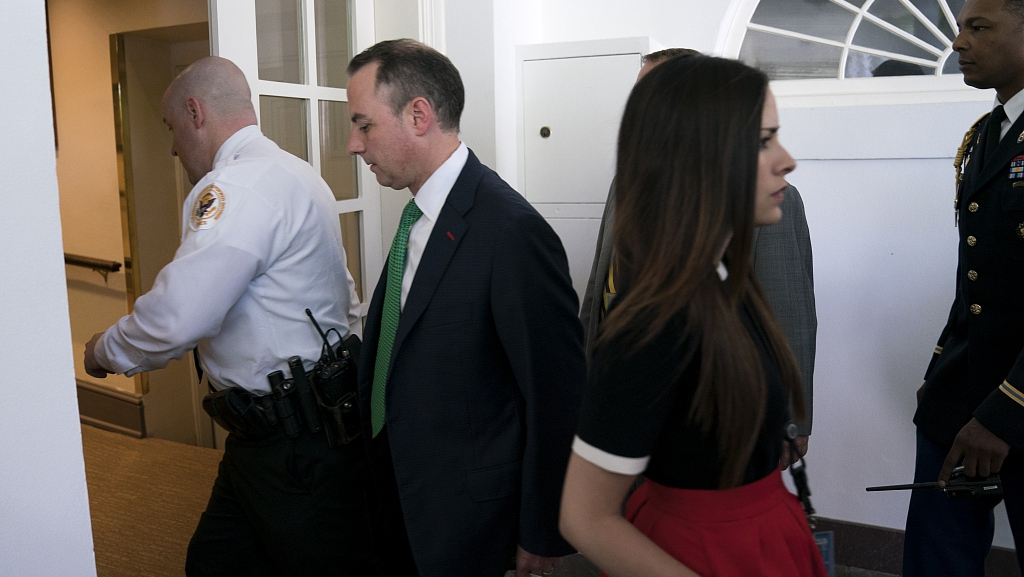 White House Chief of Staff Reince Priebus walks into the West Wing before President Trump's remarks that the U.S. is withdrawing from the Paris climate accord during a Rose Garden event at the White House, Washington, DC, June 1, 2017.

White House Chief of Staff Reince Priebus walks into the West Wing before President Trump's remarks that the U.S. is withdrawing from the Paris climate accord during a Rose Garden event at the White House, Washington, DC, June 1, 2017.

Starting with the work of Scott Barrett (a prominent environmental economist) in the 1990s, game theorists have been developing their models analyzing International Environmental Agreements (IEAs).
These models consider two aspects: participation, which is that how many nations would sign up to an agreement in the first place, and compliance, meaning whether, and to what extent, each individual signatory would comply with the targets agreed - this part of the analysis allows for signatories to subsequently quit, a la Trump quitting the Paris agreement.
All of these game-theoretic models demonstrate a grim equilibrium: a very low number of signatories in the first place, and/or much breaking of the deal so that the agreement becomes meaningless.
In the models, nations go back to business as usual, with the existing high and damaging levels of pollution, global warming and emissions.
In game theoretical terms, an IEAs is a classic Prisoners Dilemma where each player has two possible strategies - cooperate or defect.
All nations and the planet as a whole would be better off if all of the countries of the World could cooperate, and stick to the agreement on, for example, limiting greenhouse gases, but each self-interested, and selfish nation has an individually rational and economic incentive to defect and go back to business as usual individually, and the planet suffers.
This is the classic free-rider problem, with every nation leaving it to all of the others to stick to the agreement and everyone defects.
It is interesting to note that this game-theoretic analysis of the collapse of IEAs is based on a homo economicus view, which is entirely self-interested and self-absorbed, unemotional nations with no empathy.
In recent work, behavioral game-theoretic models have been developing, in which fairness, empathy, trust, warm-glow and emotions may play a role. These models show that, if enough nations can form empathetic relationships, fellow-feelings of fairness and trust, and a spirit of global community and feelings for the planet, beyond individual borders, then IEAs could be coherent, stable and successful.
However, on the other side of the coin, negative emotions such as anger could make things worse. For example, President Trump's anger resulted in the U.S. withdrawing in 2017 from the Paris Accord, which had been signed only two years earlier, with the then President Obama being the U.S. signatory. 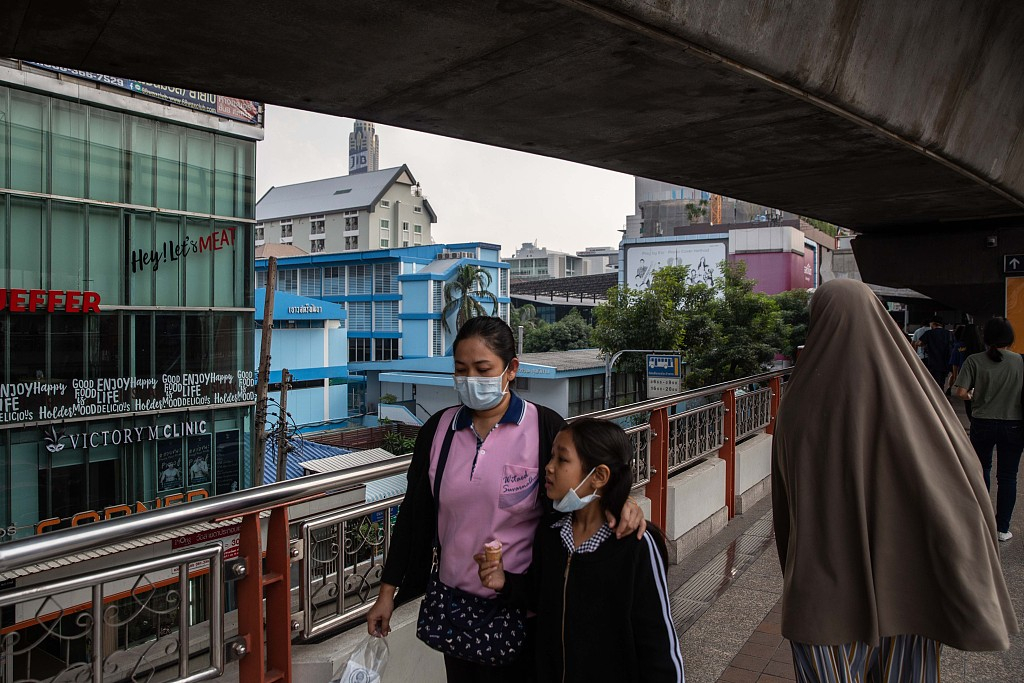 One argument put forward by the 'homo economicus' game-theoretic models is that the problem is there is no Supra-national over-arching authority, interested in total, overall, planetary welfare, to police and monitor the individual nations.
In the real world, we have witnessed international movements, such as Greenpeace, who do care about the planet beyond individual national borders, and who put some pressure on individual nations.
More recently, the Extinction Rebellion group has arisen, exerting pressure on nations and governments to act in an environmentally responsible manner. Another striking development is the emergence of the University of Athens (and former Greek Finance Minister) Professor Yanis Varoufakis's DieM25 (Democracy in Europe Movement 2025) party.
Part of this party's agenda is to push the Governments of the World to take action against planetary environmental destruction, using a combination of encouragements and threats/punishments, such as large corporation tax.
As reported in the Guardian Newspaper, DieM25 is pushing for an International Green New Deal, "a pragmatic plan to raise eight trillion dollars- five percent of global GDP - each year, coordinate its investment in the transition to renewable energy and commit to providing climate protections on the basis of countries' needs, rather than their means.... uniting countries in the project of bottom-up economic transformation - and coercing multinationals to fund their fair share of it."
It is clear that the Planet is in deep trouble from the ongoing and increasing environmental damage. The renowned British BBC Broadcaster and Natural Historian, Sir David Attenborough, is currently and passionately publicizing the environmental issue with the hope of promoting a change in public attitudes.
Behavioral economics provides us some hope. If nations can form deeper, empathetic, fair, trusting and cooperative relationships, then we may be able to develop sustainable and successful International Environmental Agreements!
(If you want to contribute and have specific expertise, please contact us at opinions@cgtn.com)