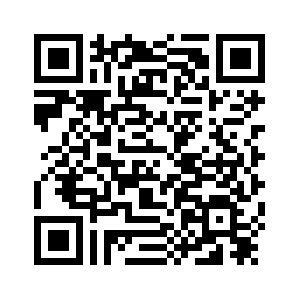 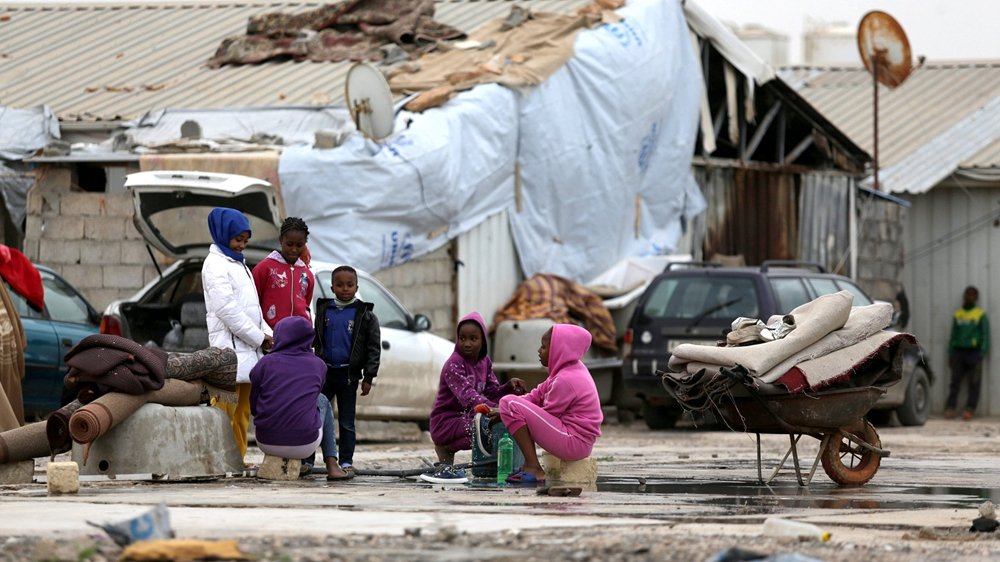 Editor's note: Bobby Naderi is a journalist, current affairs commentator, documentary filmmaker and member of the Writers Guild of Great Britain. The article reflects the author's opinion, and not necessarily the views of CGTN.
It is said, children see magic because they look for it. Not in Libya, which is still embalmed in blood and dust, and where UNICEF says children only see destruction, suffering, and death like their long-suffering counterparts in Yemen – half a million and counting.
A heartbreaking new report by UNICEF says "More than half a million children are at direct risk in the Libyan capital of Tripoli" and just like in Yemen, the UN agency has appealed to all parties "to refrain from committing grave violations against children."
The World Health Organization (WHO) also reported that many people have been killed and wounded over the past few days of fighting in this besieged country.
Doctors without Borders warn that "refugees, migrants, and children are suffering from alarming rates of acute malnutrition." 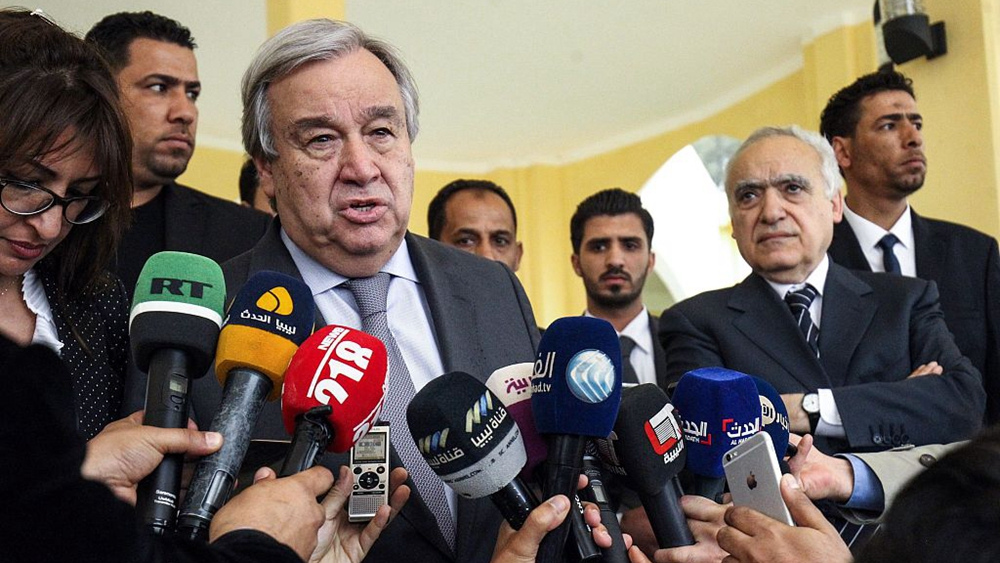 According to the Gulf News, though all acknowledged the terrible conditions, the EU representatives claim "there is little we can do" because "Libya is a sovereign country" with which Europe cooperates.
It's sickening hypocrisy. They have never bothered to demonstrate more than minimal interest in ending the needless violence. The dog never bites its own tail.
Even so, the new report by UNICEF should put everybody at the UN on notice. They should tell "Fortress Europe" what it has done to Libya by thwarting the will and wishes of the world community and by violating international law and the UN Charter.
Soon its leaders will wake up to the nightmare of a new humanitarian crisis in the Mediterranean region. They better start erecting new razor-wire fences and walls along their shores to stop the influx of refugees – this time from Libya.
The crucial part of the picture is that this is the same regime-change cabal that overthrew dictator Muammar Gaddafi in 2011 because they didn't want to allow Russia or China to horn in on their Libyan market. The United States, France, and Britain, which turned this once stable and prosperous nation into a failed state on the pretext of "democratization," cannot be allowed to escape responsibility, either.
That was then, of course, and this is now. 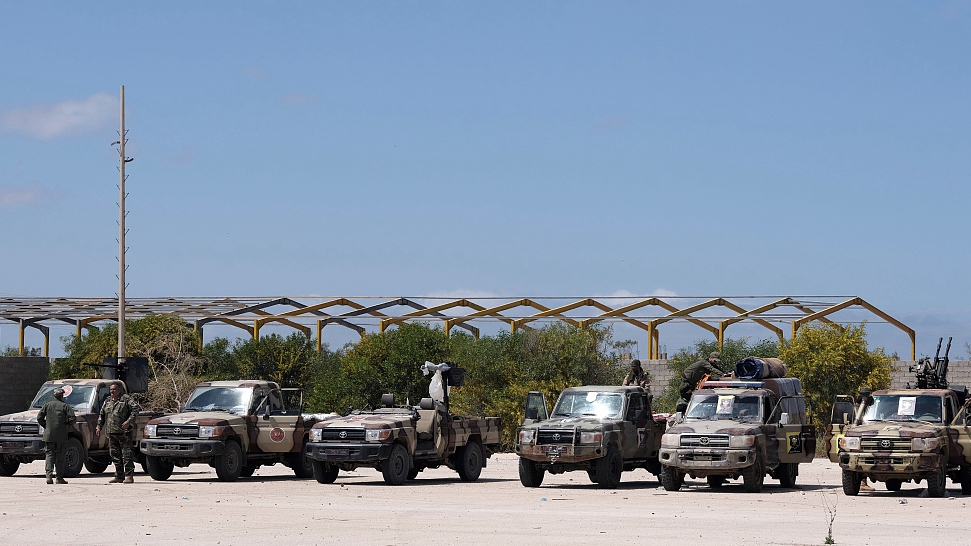 Today, Libya is still a failed state – just like Yemen – as well as a haven for terrorist groups and armed Islamist militias. The foreign policy establishment in the West insists it has a lock on wisdom, but a new report by the UN Support Mission in Libya points out otherwise. It confirms that "Libya's infrastructure continues to deteriorate at an alarming rate while basic services, including in health, water and electricity are eroding."
For that, the new reports by the UN and others suggest that words have not translated into action yet. The world should never be ashamed of doing the right thing by exposing a myth. The NATO-led intervention was immoral and the world should decide on what is right and stick to it. The UN must show some moral backbone to address the violence and its root causes comprehensively.
The UN should turn its reports into meaningful measures and call on the NATO-led interventionists to take responsibility for their "mistakes" and help stop the violence. This is the same war that Barack Obama admitted was the worst mistake of his presidency, and the same “democratic” intervention that President Donald Trump has described as “a catastrophe.” 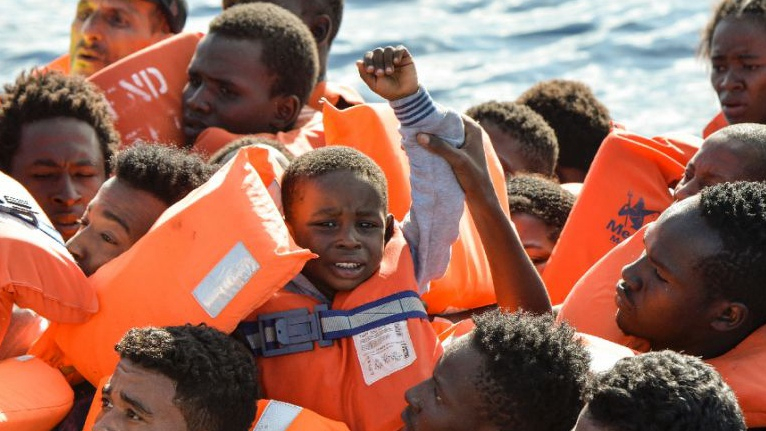 A young boy is seen among the migrants and refugees seated on a rubber boat and waiting to be rescued by the Topaz Responder, a rescue ship run by Maltese NGO “Moas” and the Italian Red Cross, off the Libyan coast. /AFP Photo

A young boy is seen among the migrants and refugees seated on a rubber boat and waiting to be rescued by the Topaz Responder, a rescue ship run by Maltese NGO “Moas” and the Italian Red Cross, off the Libyan coast. /AFP Photo

There's a lesson to be learned here, and the lesson is this: In this deadly power struggle, the only thing necessary for the triumph of evil is for good men to take sides. The UN should resume serious peace talks and draw up an election roadmap, instead. Supporting two parallel governments vying for territory and oil wealth won't bring a swift end to the violence; it won't make a difference for half a million children.
The powerful reality is that some governments and "fake stream" media outlets are still presenting falsehoods, fabrications, and obsolete assumptions to go further. The result is an absence of verifiable, unbiased information emerging from Tripoli; and consequently, a deliberate attempt to prolong the unnecessary instability, illiberalism, death, and destruction for oil, money, and profit.
To NATO's credit and its co-conspirators in the Middle East, in terms of lives lost and damaged and treasure wasted, the cost of their illegal intervention has been immense. The consequences have been devastating for Libya's children, too. The situation will only get worse unless meaningful action is taken by the UN to immediately correct this "democratic mistake."
(If you want to contribute and have specific expertise, please contact us at opinions@cgtn.com.)