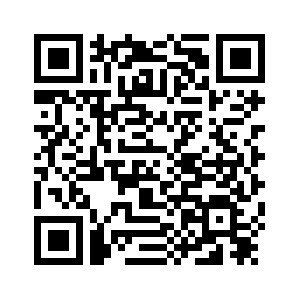 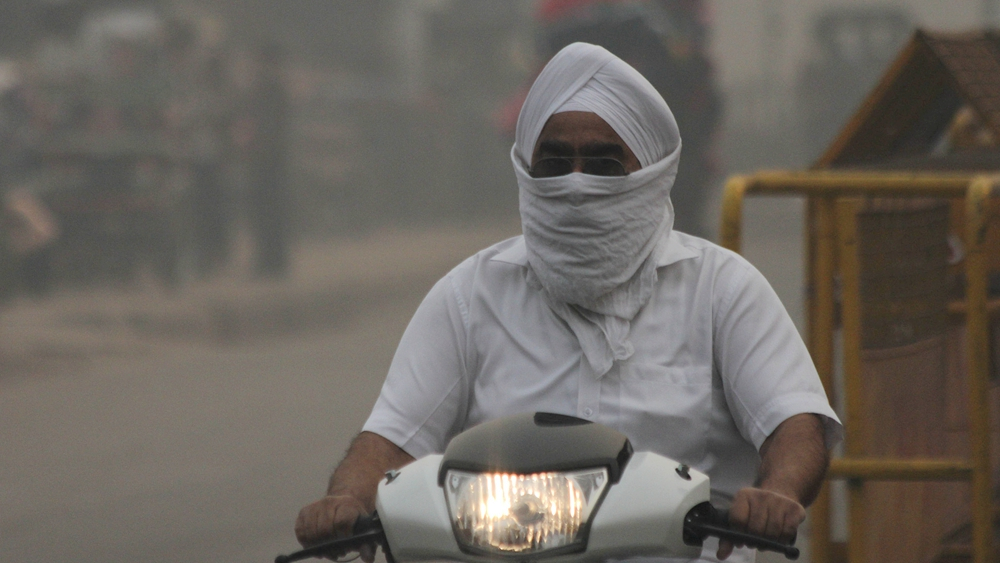 Delhi authorities have imposed a three-day ban on trucks entering the world's most polluted major city as its 20 million inhabitants wheezed in the toxic annual winter smog.
With levels of air pollution classified as "hazardous," the restriction on the nearly 40,000 medium and heavy trucks that enter Delhi every day was imposed late Thursday.
The transport ministry said that vehicles carrying food and other essentials were exempted, while appealing to private owners of diesel sports utility vehicles (SUVs) to leave their cars at home.
Delhi's air quality usually worsens in winter, as clouds of smoke from farmers' fires billow into the city and mix with industrial and traffic emissions to form a noxious cocktail. 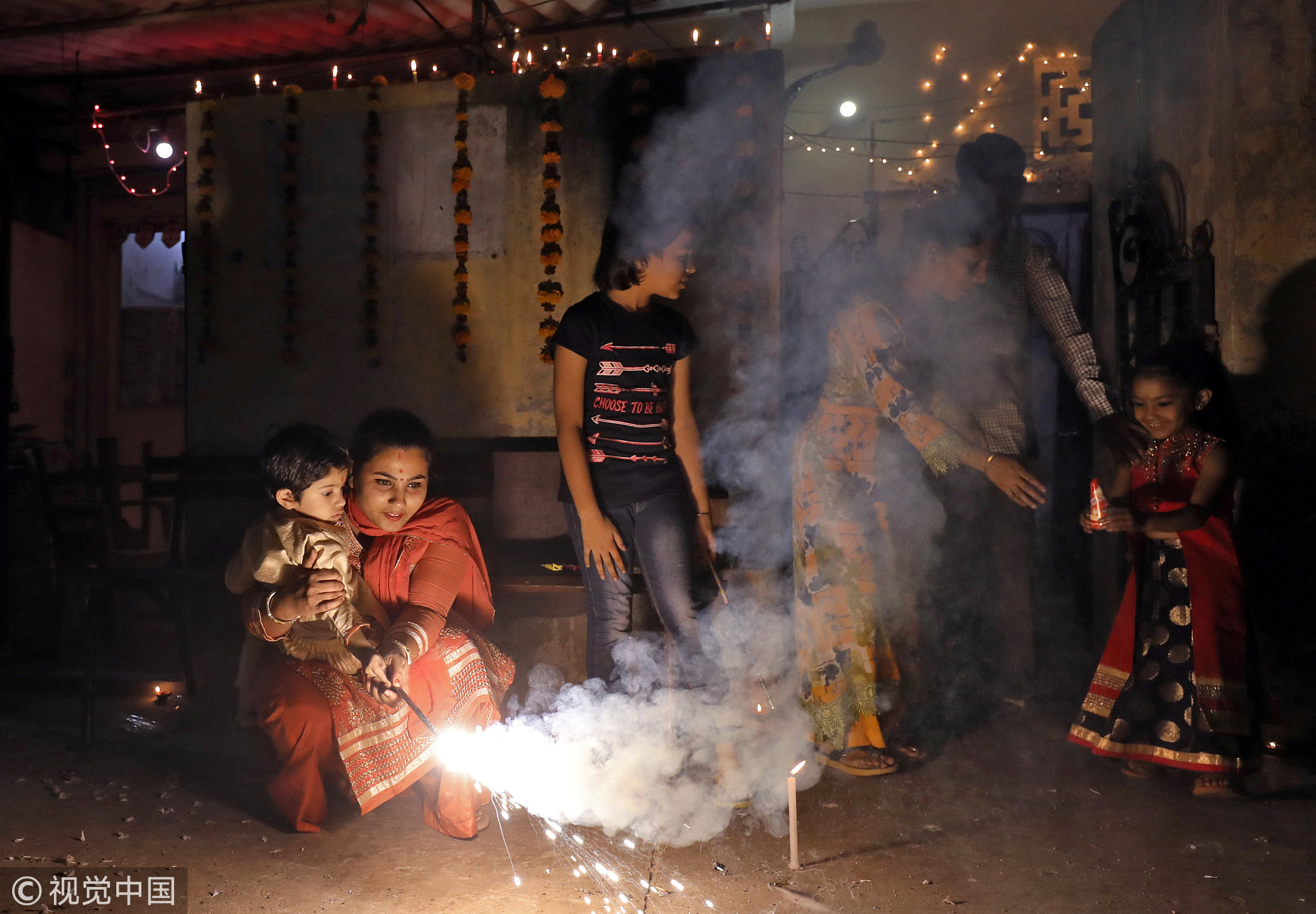 A woman holds a child in her lap as they light a sparkler to celebrate Diwali, the Hindu festival of lights, in New Delhi, November 7, 2018. /VCG Photo

A woman holds a child in her lap as they light a sparkler to celebrate Diwali, the Hindu festival of lights, in New Delhi, November 7, 2018. /VCG Photo

On Wednesday night, Delhites largely defied a court order and set off an immense barrage of smoke-spewing firecrackers to celebrate the major Hindu festival of Diwali, sending pollution levels soaring.
On Friday, levels of particulates 2.5 micrometers or less in diameter, the most harmful to human health, peaked at 845, according to the US embassy website that monitors air quality independently.
The "hazardous" figure is roughly 33 times the World Health Organization safe limit of 25 and health experts advise people to stay indoors or use masks for protection. 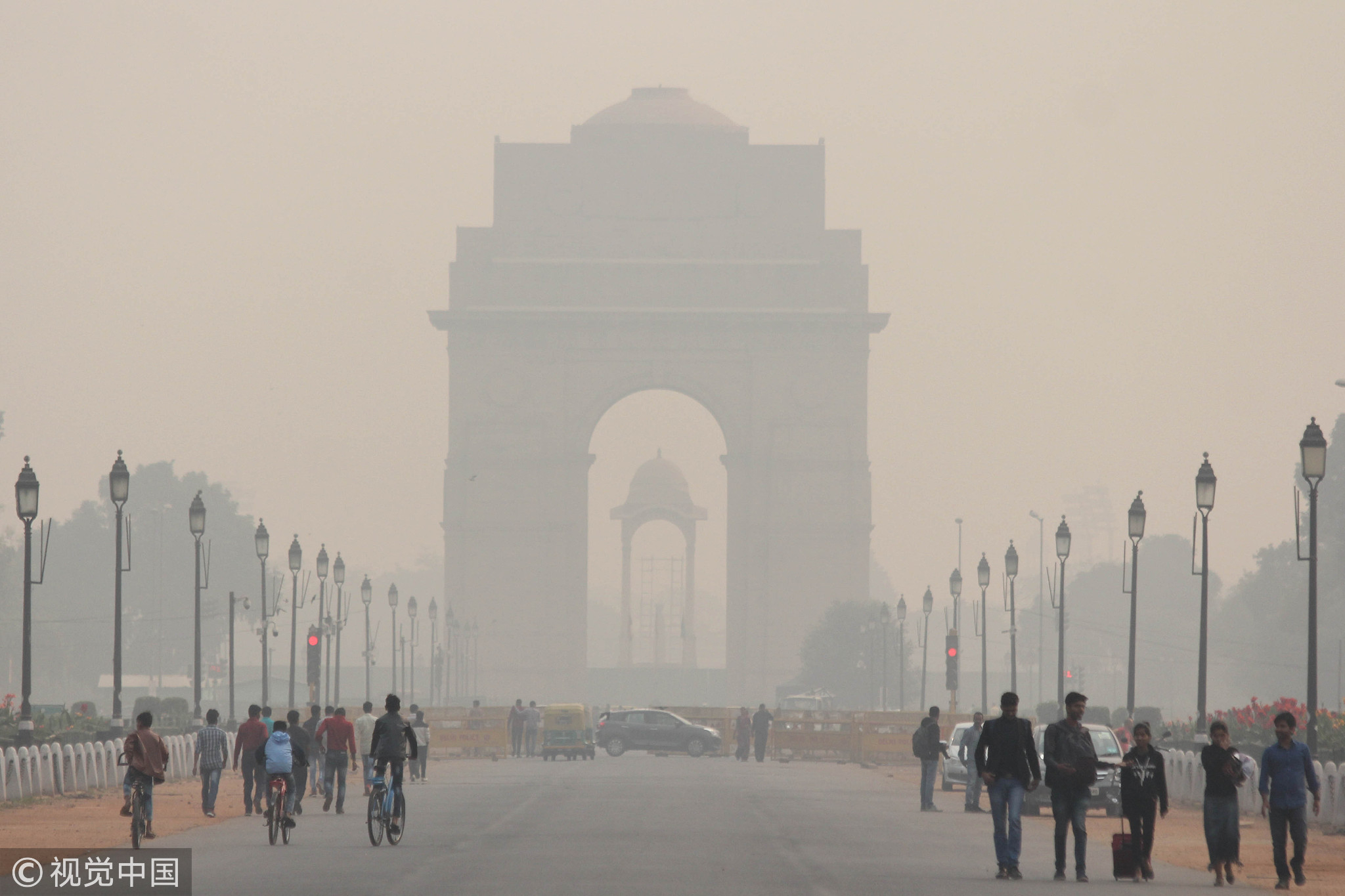 Vehicles on Delhi roads generate roughly 20 percent of these tiny particles in air, which can be absorbed into the bloodstream and linked to chronic bronchitis, lung cancer and heart disease.
Authorities in the previous years have rationed private car use and imposed shutdowns on industrial units and coal-run power plants, as well as taxes on trucks to discourage them from using Delhi as a transit route.
Delhi was among 14 Indian cities that figured in a list of the 20 most polluted cities across the globe this year issued by the WHO.
Source(s): AFP