What can Sub-Saharan Africa learn from China's poverty alleviation?
By Abhishek G Bhaya 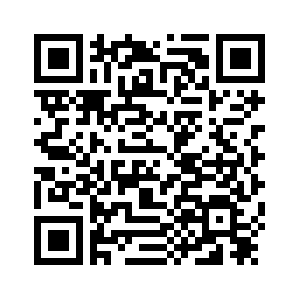 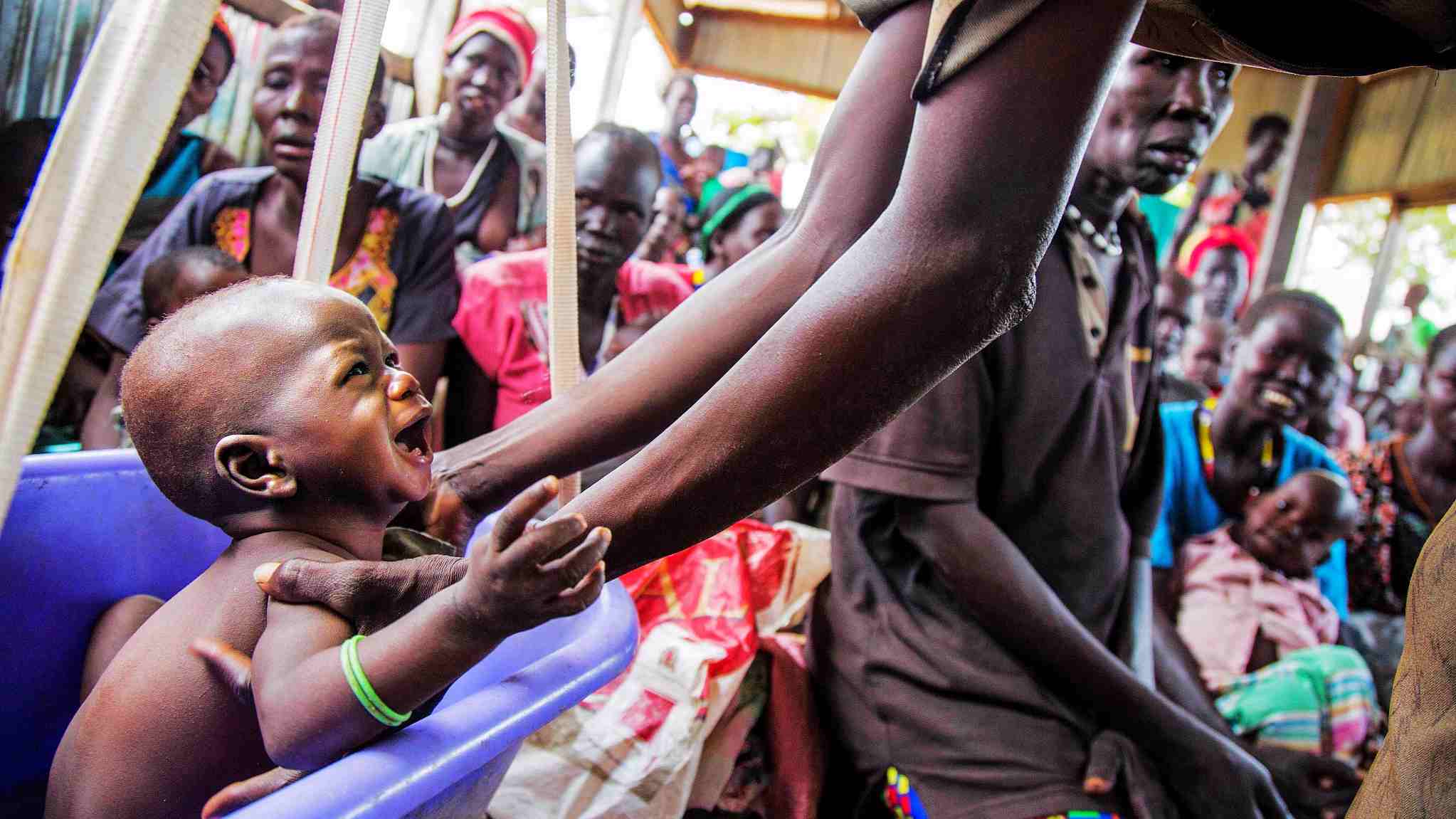 The "geography of poverty" is shifting to Sub-Saharan Africa after the phenomenal success in poverty alleviation achieved by Asia in two waves: first driven by China and the second by India, according to the Goalkeepers Data Report 2018 on the global progress of the United Nations' Sustainable Development Goals (SDGs).
The report was released just weeks before the International Day for the Eradication of Poverty which is being observed on Wednesday. 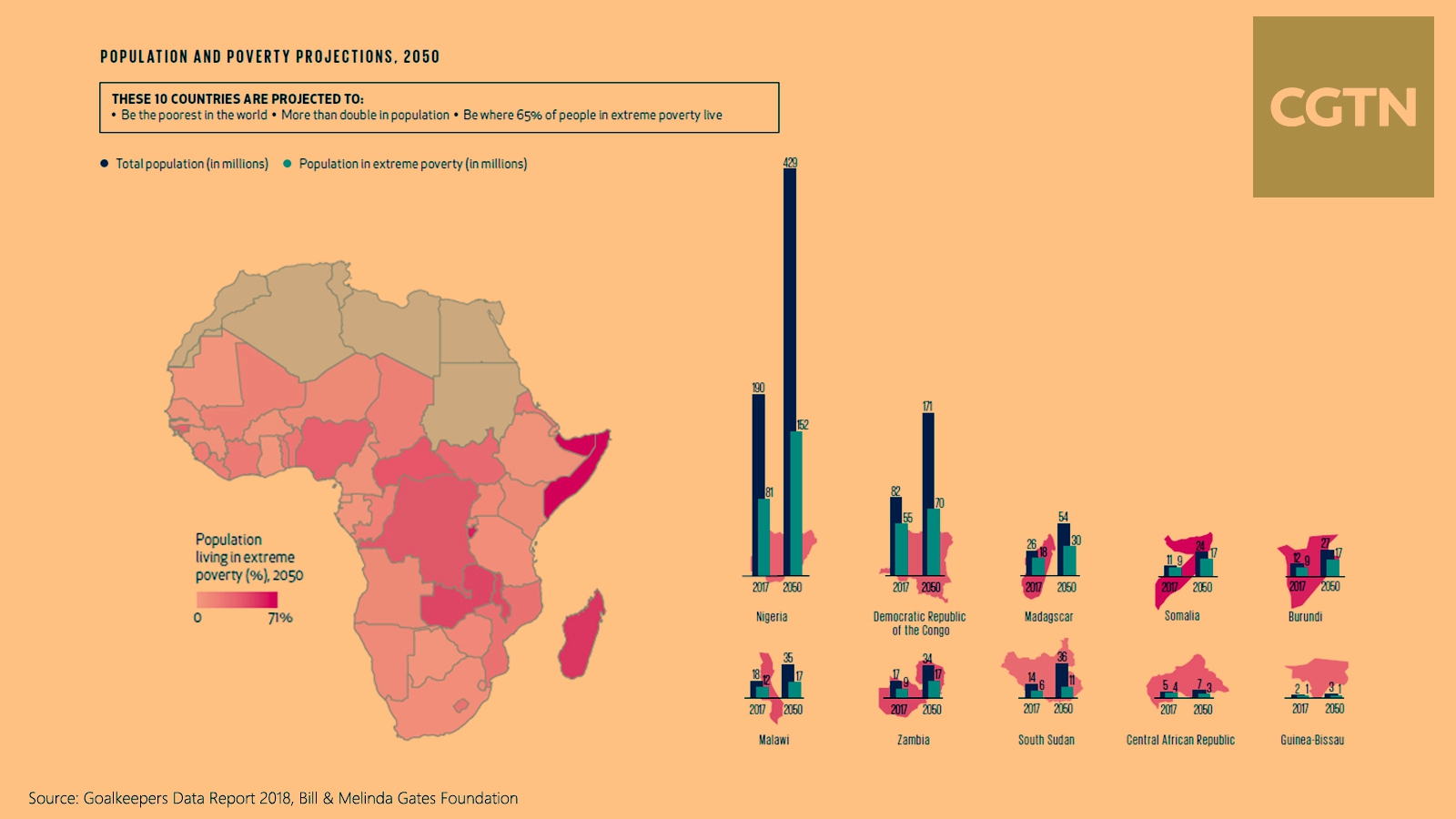 By 2050, 86 percent of the extremely poor people in the world are projected to live in Sub-Saharan Africa, which should be the focus of the “third wave of poverty reduction” for the next three decades, stated the second edition of the Goalkeepers  prepared by Bill & Melinda Gates Foundation to track the annual progress of the SDGs laid down in 2015.
The report pointed out that since 2000, more than a billion people have lifted themselves out of extreme poverty – a number so huge that it's almost impossible to appreciate the scale of this achievement. 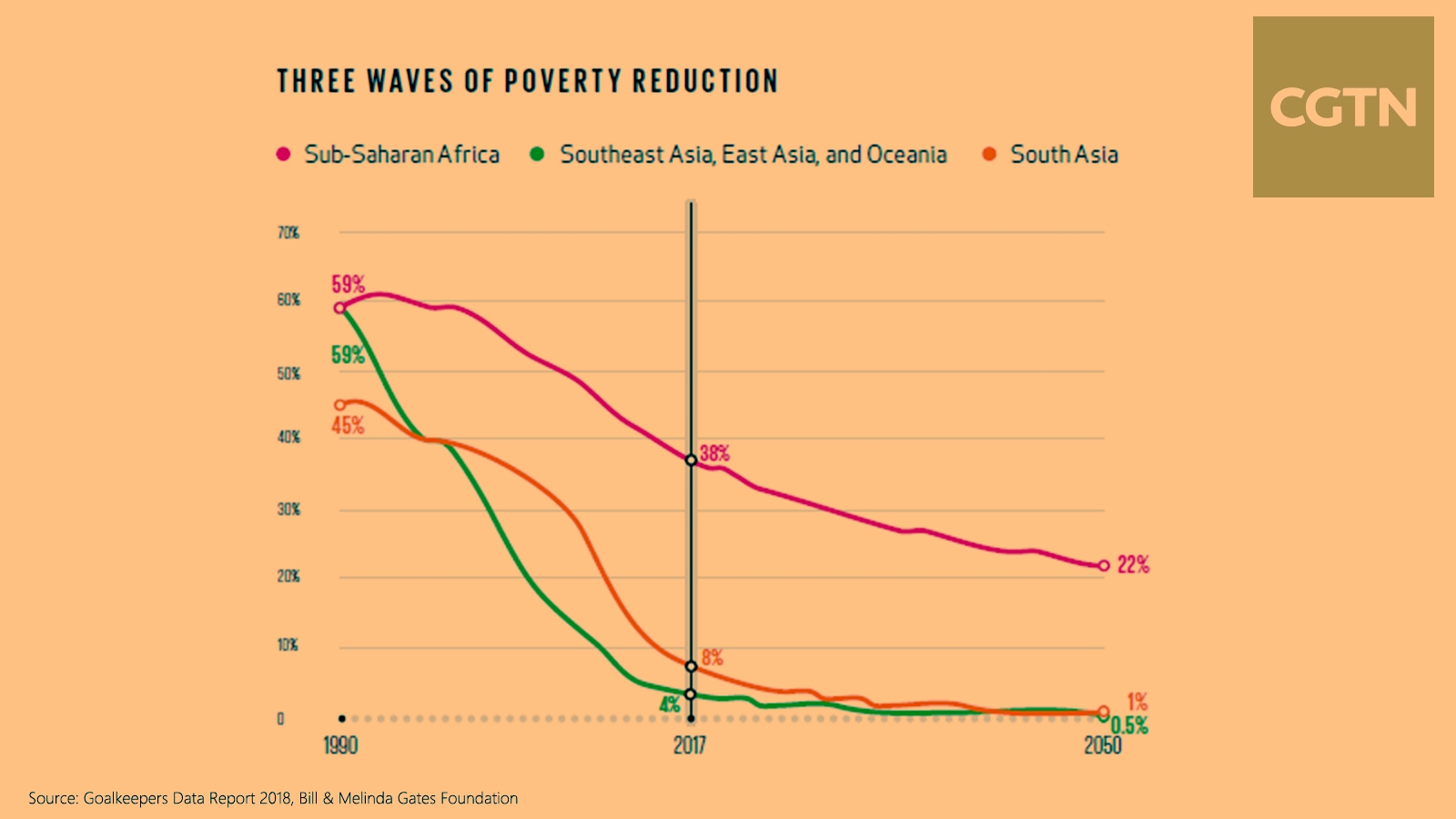 "The first wave centered on China; the second wave centered on India. As a result of successes in Asia, the geography of poverty is changing: Extreme poverty is becoming heavily concentrated in Sub-Saharan African countries," the report added, saying that the Asian experience holds lessons for Sub-Saharan Africa.
"Above the extreme poverty line of 1.90 US dollars per day, people may still be poor, but they can begin to think beyond mere survival and look to the future," it added. 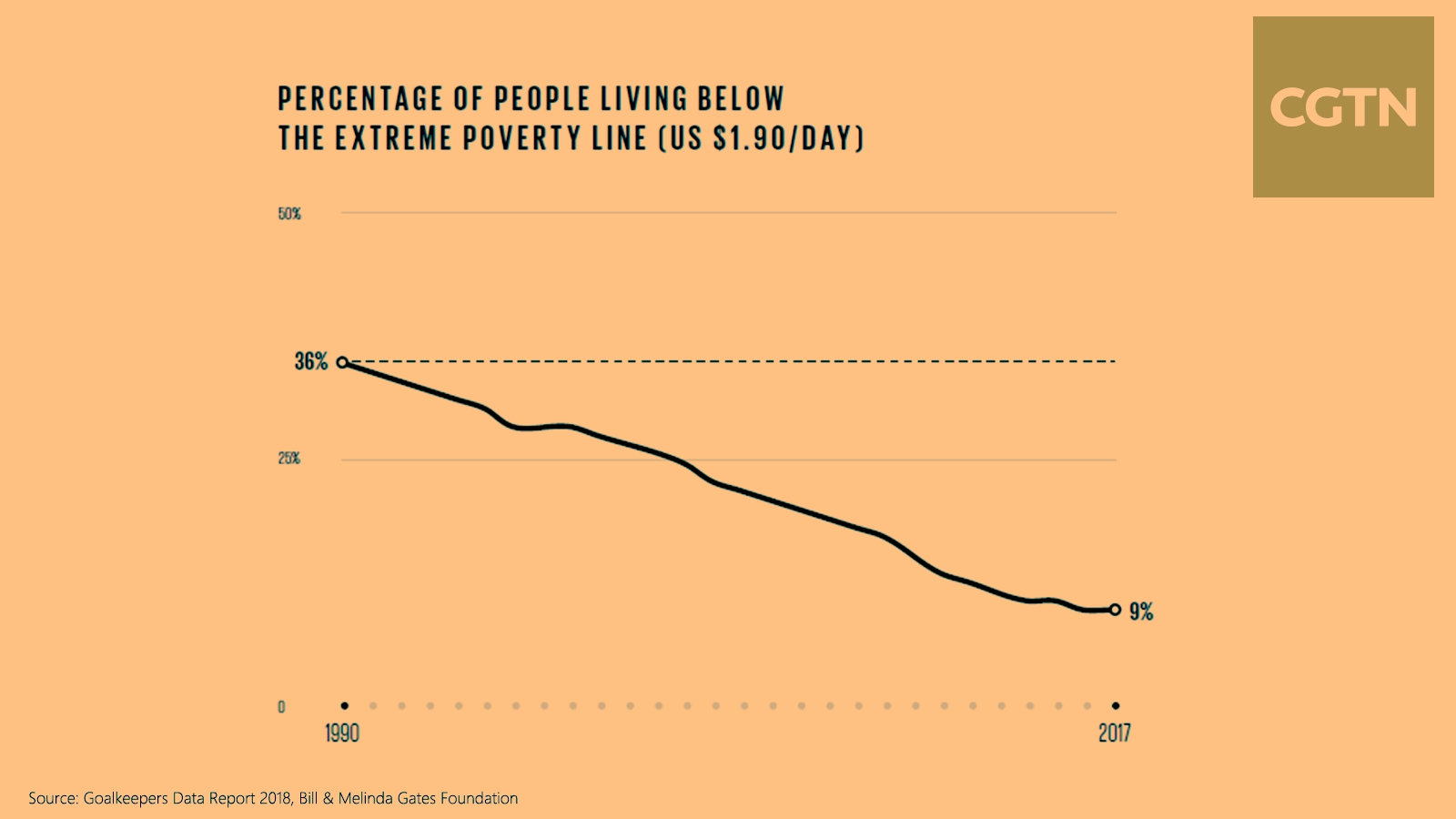 As the world prioritizes its poverty alleviation efforts towards Sub-Saharan Africa, analysts feel that the region can benefit from the experience in China which has an impressive record of helping 800 million people out of poverty in the last 40 years.
"Over 75 percent of global poverty reduction to date had taken place in China, and the rest in the over 100 other poorest countries in the world. The scale of China's efforts and success is certainly notable. The rest of the world has not been able to help so many poor people get better lives," Hannah Ryder, CEO of Development Reimagined, an international development consultancy based in Beijing, told CGTN Digital.
"China's rapid growth and reduction in poverty has captured a great deal of attention from other countries who hope to learn from that experience," Nicholas Rosellini, UN resident coordinator and UNDP resident representative in China wrote in an op-ed piece for China Daily.
"China has never blindly adopted approaches and programs. But it has always been open to learning from them, carefully studying them and, when relevant, adapting them to China's own conditions and needs. China's experience can serve as a model for other developing countries by demonstrating the appropriate way to use the knowledge resources that the world can offer to countries seeking to chart their course to a better future," he elucidated. 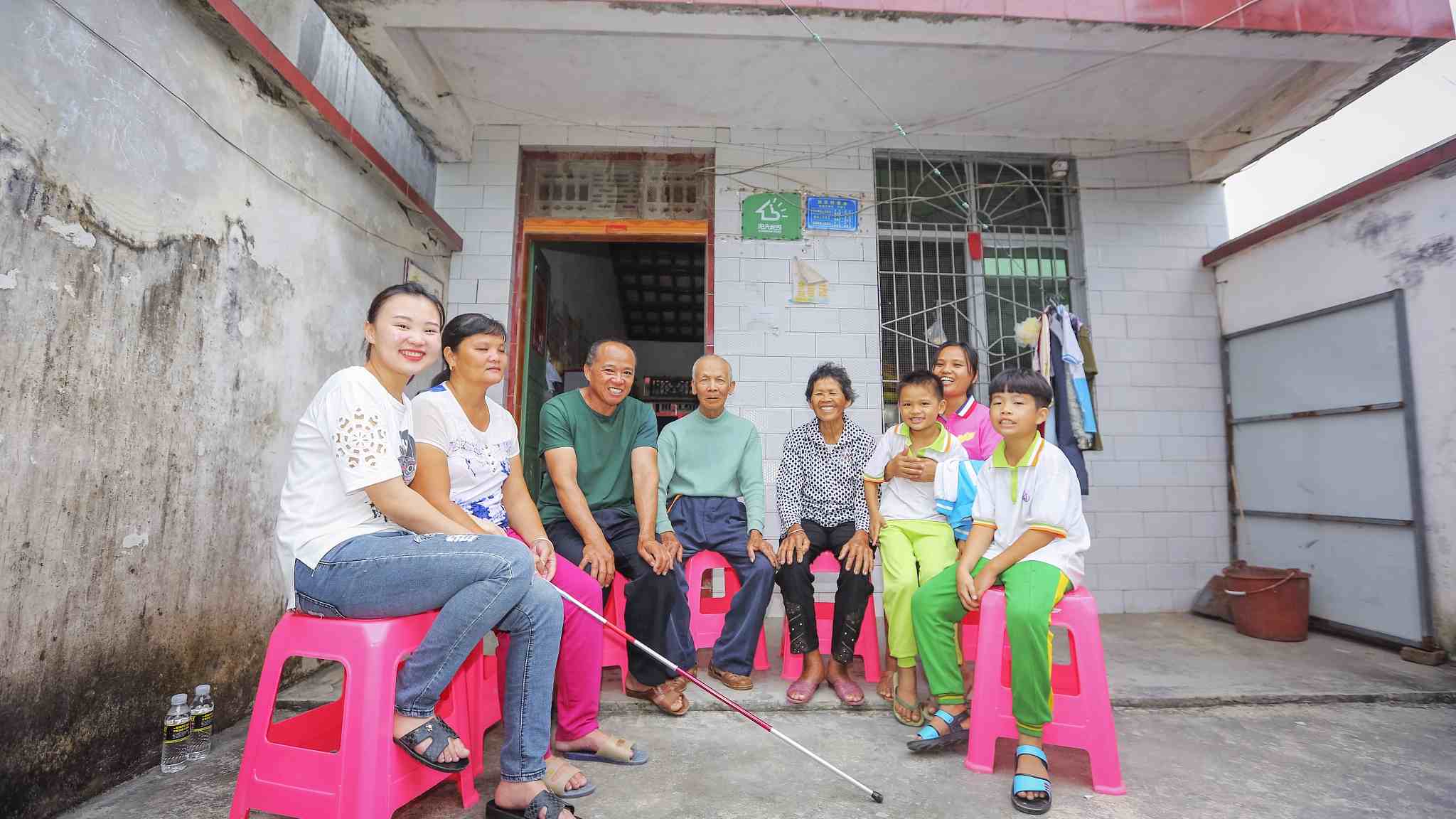 China has an impressive record of helping 800 million people out of poverty in the last 40 years. /VCG Photo

China has an impressive record of helping 800 million people out of poverty in the last 40 years. /VCG Photo

As a contribution to this effort, the UN China Country Team, working closely with the Ministry of Commerce, the International Poverty Reduction Centre of China and the Chinese Academy of Agricultural Science, has just released a new book "Our Common Goal: International Experience in Poverty Reduction".
"This book distills a broad set of innovative experiences in poverty reduction from around the world, including the work of UN agencies and other development institutions, government programs and in some cases the work of NGOs and think tanks," Rosellini said.

Fundamental to China's early success in wide-scale poverty reduction, Ryder noted, was its model of centralized planning, combined with a focus on economic development – especially through industrialization and related infrastructure provision and prioritization of education for all.
She cited the following five lessons from the Chinese experience that could go a long way in helping Sub-Saharan African countries successfully in poverty alleviation:
1. At early stages, focus on planned economic development – especially infrastructure provision.
2. Industrialization is critical to development. Use Special Economic Zones to a) pool scarce resources like energy and infrastructure into very productive activity; and b) create jobs for hundreds of people.
3. At early stages, also focus on education for all. There can be no development without an educated population (and note: China prioritized education over health provision).
4. Be confident and negotiate hard. In particular, manage foreign direct investment flows carefully and work hard to get the best bang for your buck from it. Don't sacrifice your local population and growth needs to attract investors. If you have well-set up SEZ's for example, they will come.
5. Change the model of poverty alleviation over time as the country develops – start to target specific populations more and more, and start to invest more tax revenues into other key human capacity issues such as health, etc. 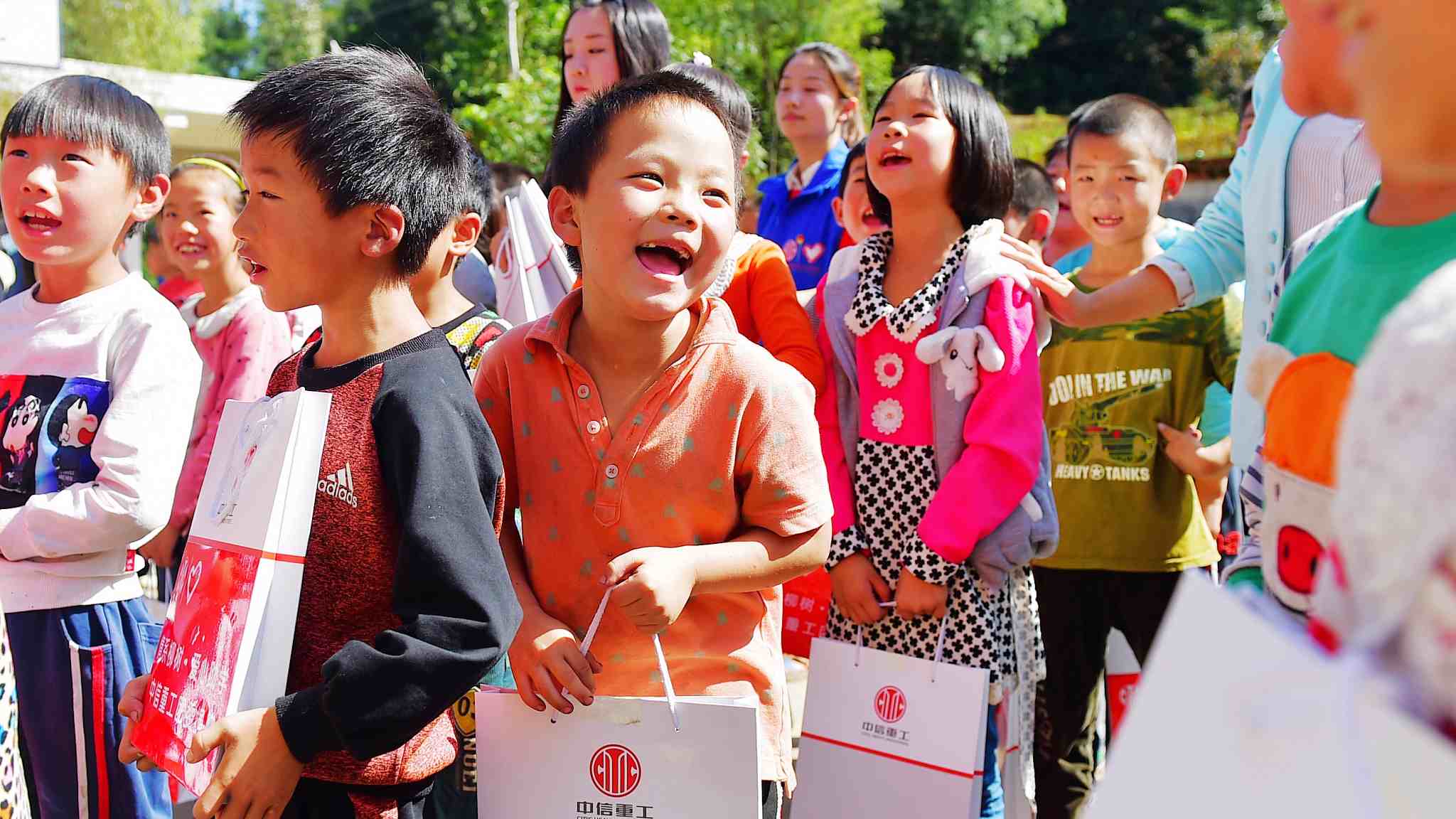 Fundamental to China's early success in wide-scale poverty reduction was its model of centralized planning, combined with a focus on economic development – especially through industrialization and related infrastructure provision and a prioritization of education for all. /VCG Photo

Fundamental to China's early success in wide-scale poverty reduction was its model of centralized planning, combined with a focus on economic development – especially through industrialization and related infrastructure provision and a prioritization of education for all. /VCG Photo

Acknowledging that China is helping other countries, including those in the Sub-Saharan Africa, in their efforts to curb poverty, Ryder however called for a more holistic approach in sharing of experiences.
"China could make its aid [to other countries] more policy-focused. They need to help the other countries understand more broadly how they can also apply China's approach in a more holistic way," she said.
"A good example is health. China provides lots of medical aid teams and equipment and so on. But the underlying problem in many poor countries is that medicines and equipment are always imported and therefore very expensive," Ryder observed.
"So China needs to work with the poor countries to help them actually manufacture the medicines and equipment domestically, and also train the nurses and doctors domestically so that they don't continue their reliance on China and others, and build their own capacity and resilience," she added.
"China has seen the development path as a long-term project. Other countries do the same. China should actively recognize this in how it supports them," Ryder concluded.
"On the International Day for the Eradication of Poverty, we at the UN will applaud China's achievements in poverty reduction, and we continue to facilitate the sharing of China's experience with other countries who can learn from it. At the same time, the rest of the world still has valuable lessons from which China can benefit as it moves ahead with its new poverty agenda," Rosellini said.
(Cover: A mother weighs her malnourished child in a nutrition centre run by the International Rescue Committee (IRC) in Panthau, Northern Bahr al Ghazal, South Sudan, May 31, 2017. /VCG Photo)