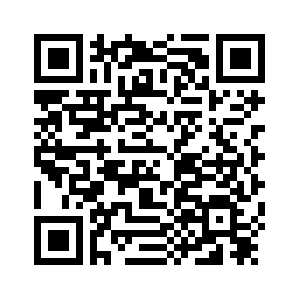 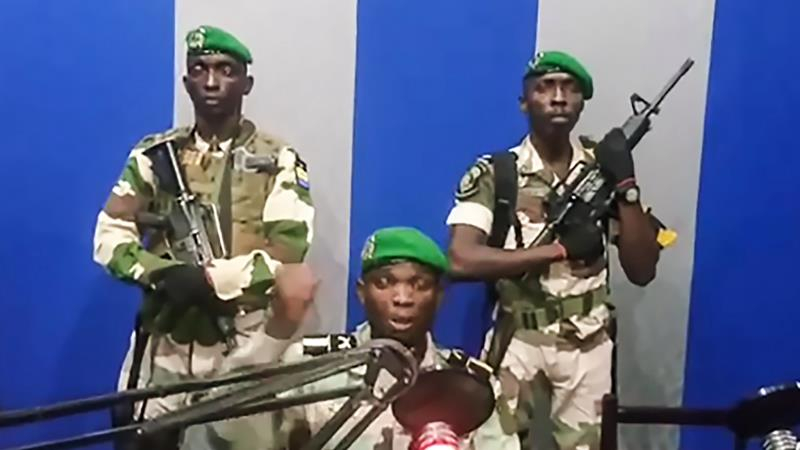 The military rebel who led a failed coup in Gabon on Monday has been arrested and two of his commandos killed after they stormed a public radio station, the presidency said.
Earlier, officials said the situation was under control and four out of the five mutinous officers who seized the national radio station in an apparent coup attempt early on Monday had been arrested.
00:34 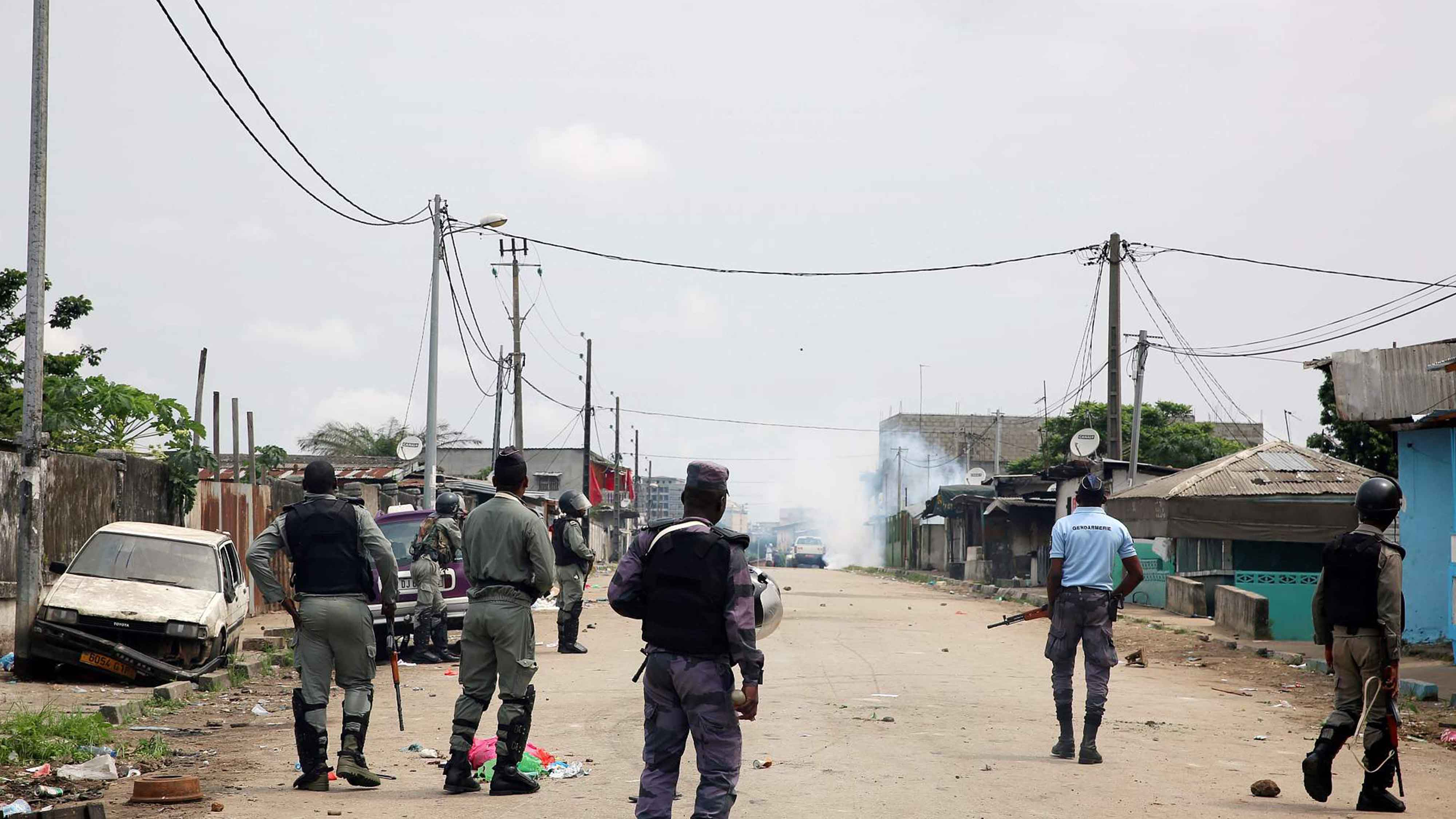 Gabon soldiers had used state radio to call on the people to "rise up" and announced a "national restoration council" would be formed, as an ailing President Ali Bongo is in Morocco recovering from a stroke.
A New Year's Eve address by Bongo "reinforced doubts about the president's ability to continue to carry out of the responsibilities of his office," said Lieutenant Kelly Ondo Obiang, the deputy commander of the Republican Guard and head of a previously unknown group, the Patriotic Youth Movement of the Gabonese Defense and Security Forces.
The movement "calls on all young people from forces for the defense and security and Gabonese young people to join us," the officer said.
France has condemned the coup attempt and has urged around 8,900 registered French citizens in the capital Libreville to avoid moving around the city.
"We condemn any attempt to change government outside constitutional rules," said Agne von der Muhll, a spokesperson for the French foreign ministry, in a statement. "Gabon's stability can only be ensured in strict compliance with the provisions of its constitution." 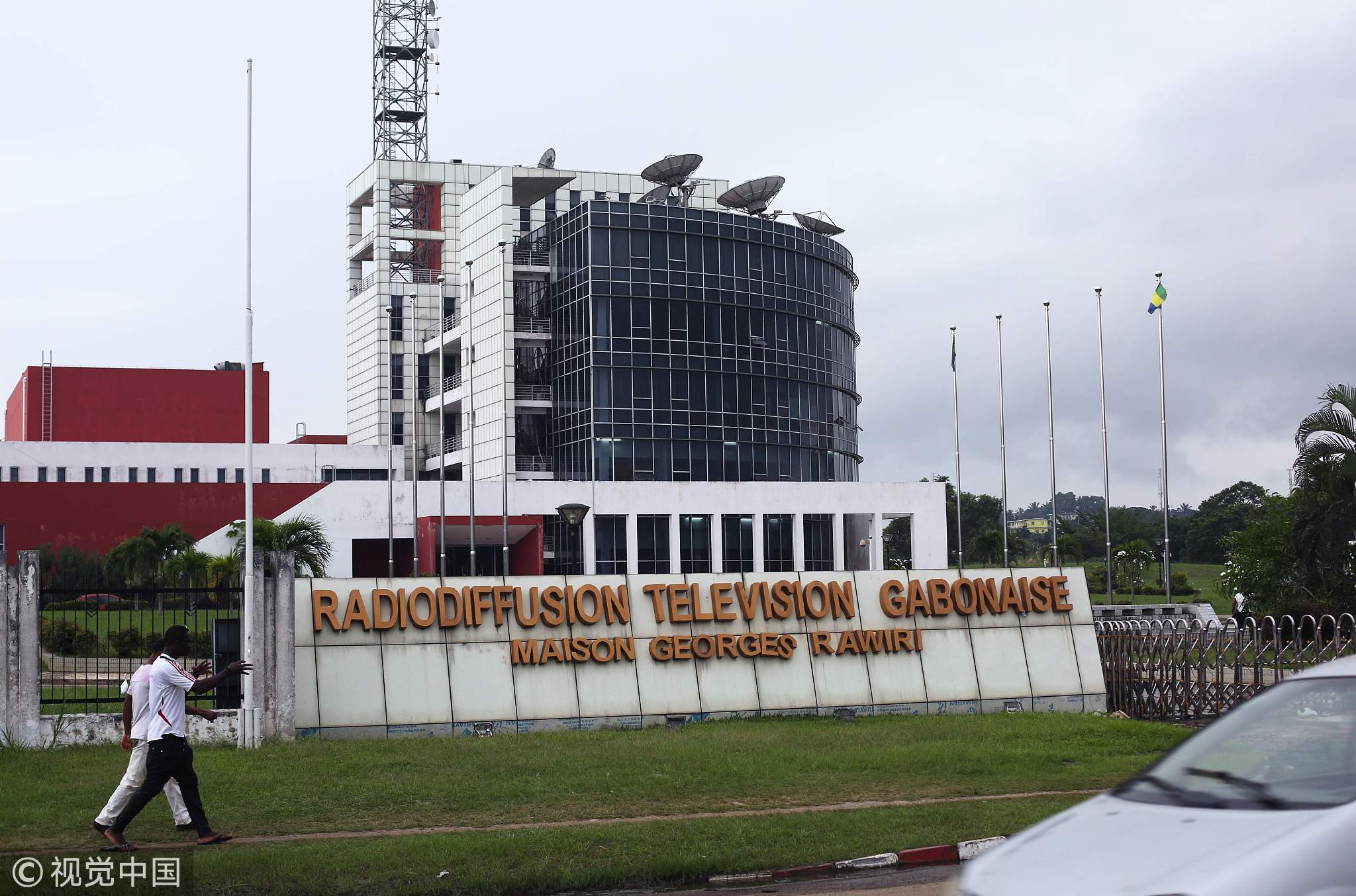 Military officers: 'Save Gabon from chaos'

In a video circulating on social media, Ondo Obiang is seen in a radio studio wearing military fatigues and a green beret as he reads the statement, which was broadcast at around 4:30 a.m. local time (0530 GMT). Two other soldiers with large assault rifles stand behind him.
"We cannot abandon our homeland," the officer said. "The eagerly awaited day has arrived when the army has decided to put itself on the side of the people in order to save Gabon from chaos.
"If you are eating, stop; if you are having a drink, stop; if you are sleeping, wake up. Wake up your neighbors... rise up as one and take control of the street."
Obiang said the coup was being carried out against "those who, in a cowardly way, assassinated our young compatriots on the night of August 31, 2016," a reference to deadly violence that erupted after Bongo was declared the winner of a disputed election.
A source close to the government said there were gunshots heard around the national television station, but that the plotters appeared to be a small group of soldiers.

Government: 'The situation is under control'

"Calm has returned, the situation is under control,"  the government spokesperson Guy-Bertrand Mapangou later responded.
Of the five suspected plotters, "four have been arrested and one is on the run," according to Mapangou.

The Gabonese president is the son of Omar, ruler of the oil-rich West African state for more than four decades. Therefore, the 59-year-old president is also known as "Monsieur Fils" (Mr Son). 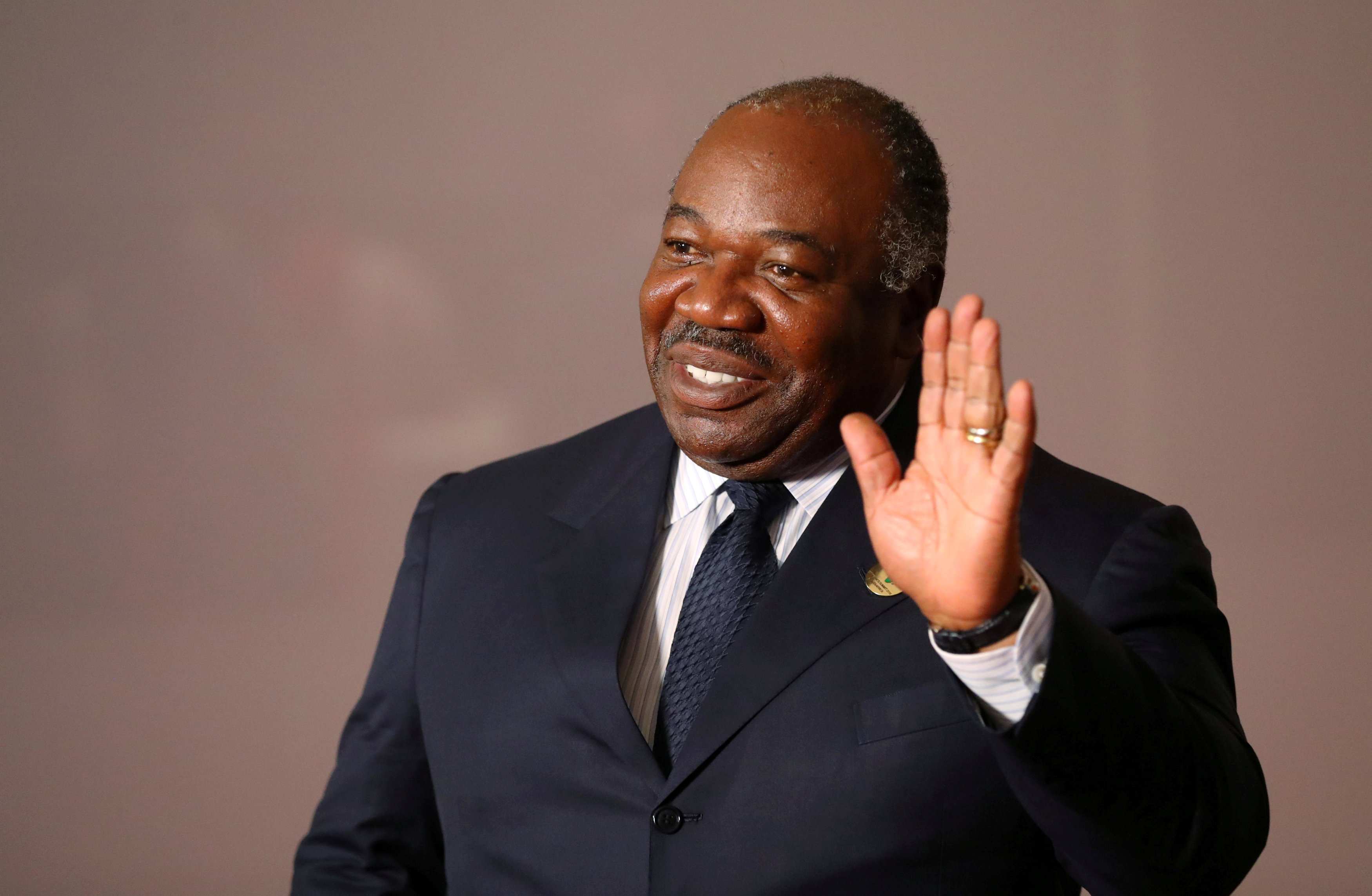 The Bongo family has ruled the oil-producing country for nearly half a century. Ali Bongo has been president since succeeding his father, who died in 2009. His re-election in 2016 was marred by claims of fraud and violent protests.
He was hospitalized in October in Saudi Arabia after suffering a stroke. He has been in Morocco since November to continue treatment. In his speech on New Year's, Bongo acknowledged health problems but said he was recovering.
In his absence, the Constitutional Court transferred part of the powers of the president to the prime minister and the vice president.
On December 31, Bongo addressed the country for the first time since falling ill, saying in a recorded speech from Morocco that he had "been through a difficult period." 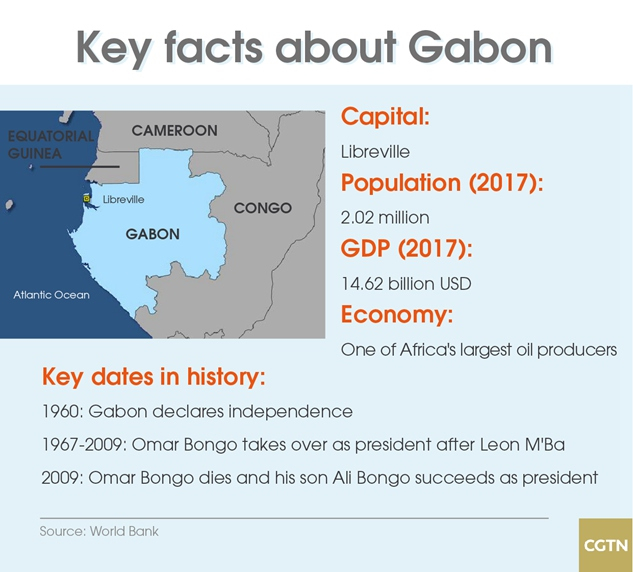 UN Secretary-General Antonio Guterres and Chairperson of African Union (AU) Commission Moussa Faki Mahamat on Monday both condemned the failed coup attempt in Gabon
"The secretary-general and others have been fully briefed on the coup attempt in the capital of Libreville," said UN spokesman Stephane Dujarric. "His special representative for Central Africa Francois Lounceny Fall is monitoring the events closely and is ready to provide good offices if and as required."
"As a principle, the secretary-general has always stood against unconstitutional changes of power, especially by force and in that light, he condemns the attempted coup that took place this (Monday) morning in Gabon," the spokesman said in reply to a question about the attempt during a regular briefing.
"The secretary-general does take note that calm appears to have returned to Libreville and calls on all actors to follow the constitution," Dujarric said.

Mahamat, in a statement via Twitter, said, "The African Union strongly condemns the coup attempt this morning in Gabon."
He also stressed that the 55-member pan African bloc's firm stance against unconstitutional moves, saying, "I reaffirm the AU's total rejection of all unconstitutional change of power."
(Cover: A snapshot of video footage taken by military officers in Gabon, obtained from YouTube, January 7, 2019. /VCG Photo)
Source(s): AFP ,Reuters