Over 1,000 may still be missing in Indonesia disaster
CGTN 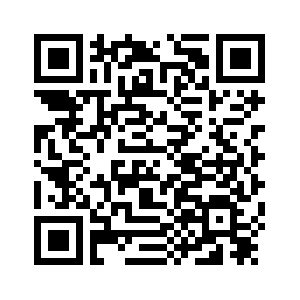 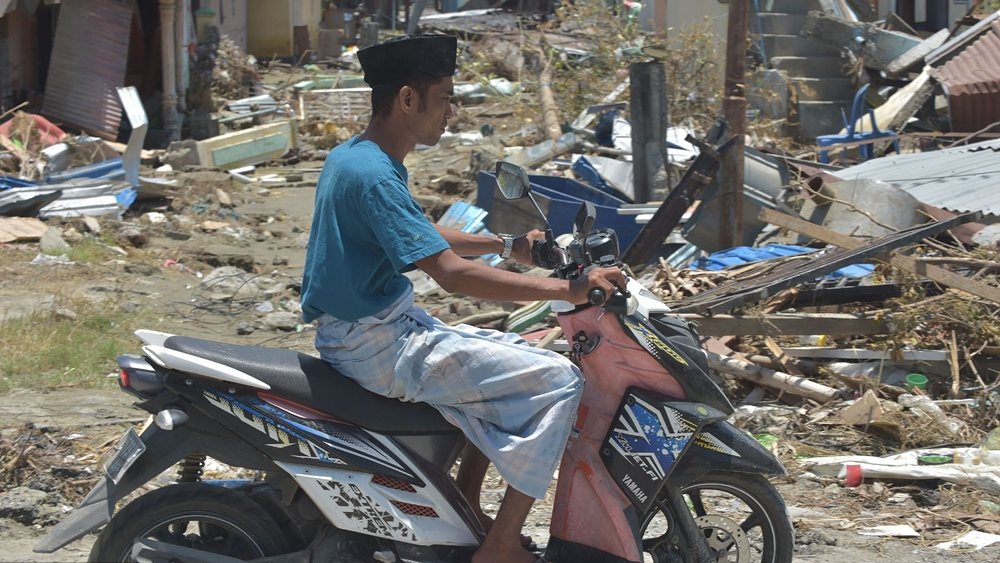 More than a thousand people could still be missing after Indonesia's devastating quake-tsunami, officials said Friday, drastically upping the total number of people unaccounted for a week after the disaster.
Palu city on Sulawesi island has been left in ruins after it was hit by a powerful quake and a wall of water which flattened houses and flipped over cars, with the confirmed death toll now standing at 1,571.
Fears are growing that vast numbers of people have been buried in a massive government housing complex at Balaroa, where the sheer force of the quake turned the earth temporarily to mush.
"We estimate there were over one thousand houses buried, so maybe more than 1,000 people are still missing," said Yusuf Latif, a spokesman for Indonesia's search and rescue agency. 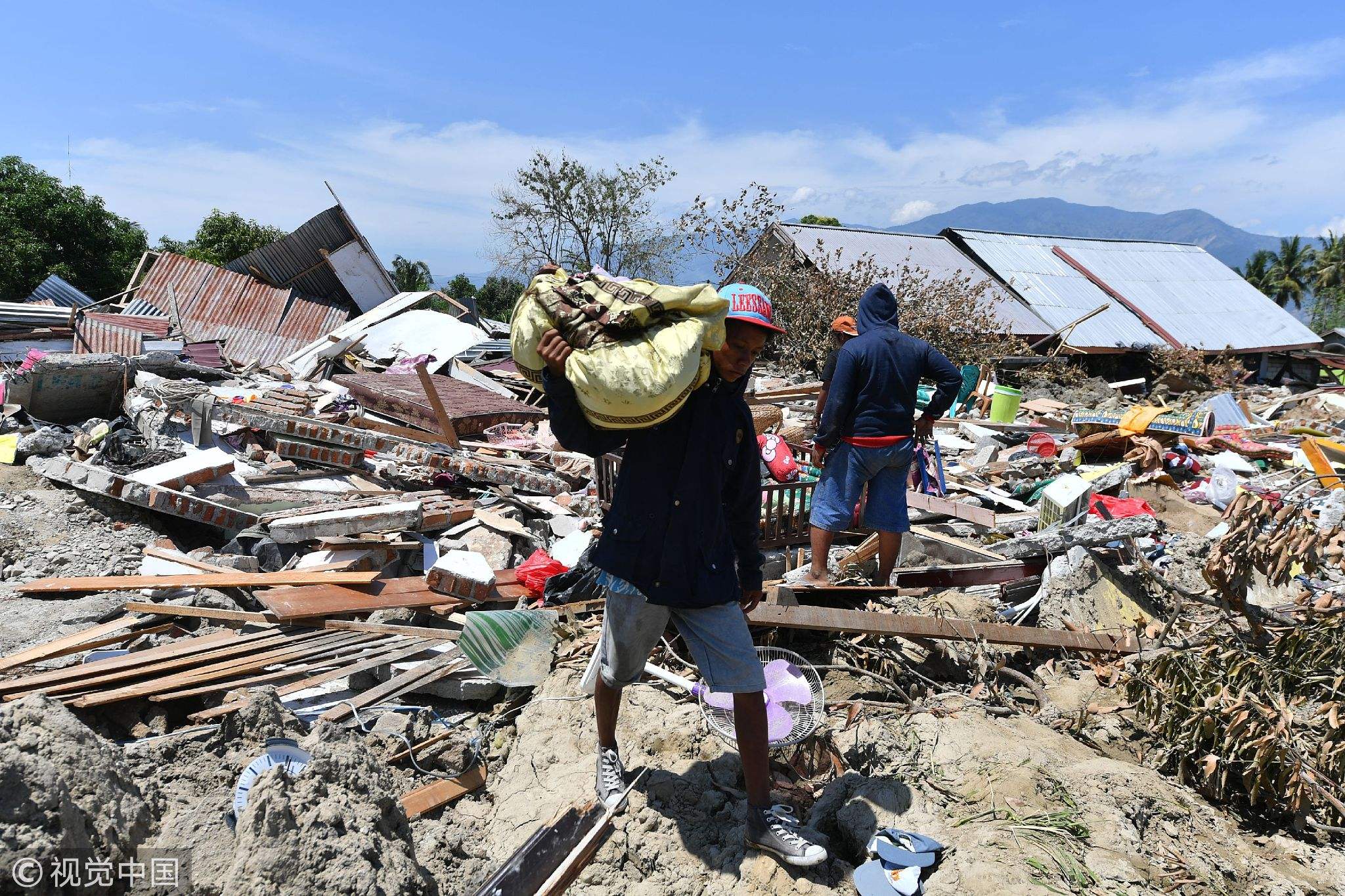 "But we still cannot be sure because there's a possibility that some people managed to get out."
Officials had previously estimated that around 100 people were missing.
After days of delays, international aid has finally started to arrive in the disaster zone, where the UN says almost 200,000 people are in need of humanitarian assistance.
Survivors have ransacked shops and supply trucks in the hunt for basic necessities, prompting security forces to round up dozens of suspected looters and warn that they will open fire on thieves.
Authorities previously set a tentative deadline of Friday for finding anyone trapped under ruined buildings, although chances of pulling survivors alive from the rubble at such a late stage are almost zero.
Images of the area showed a vast jumble of flattened houses next to a badly fractured road.
At the heavily damaged Mercure hotel on Palu's waterfront, there was growing frustration in a French and Indonesian search team.
The rescuers, using sniffer dogs and scanners, had detected what they believed was a person under mounds of rubble the previous evening but when they resumed the hunt early Friday, all signs of life had disappeared. 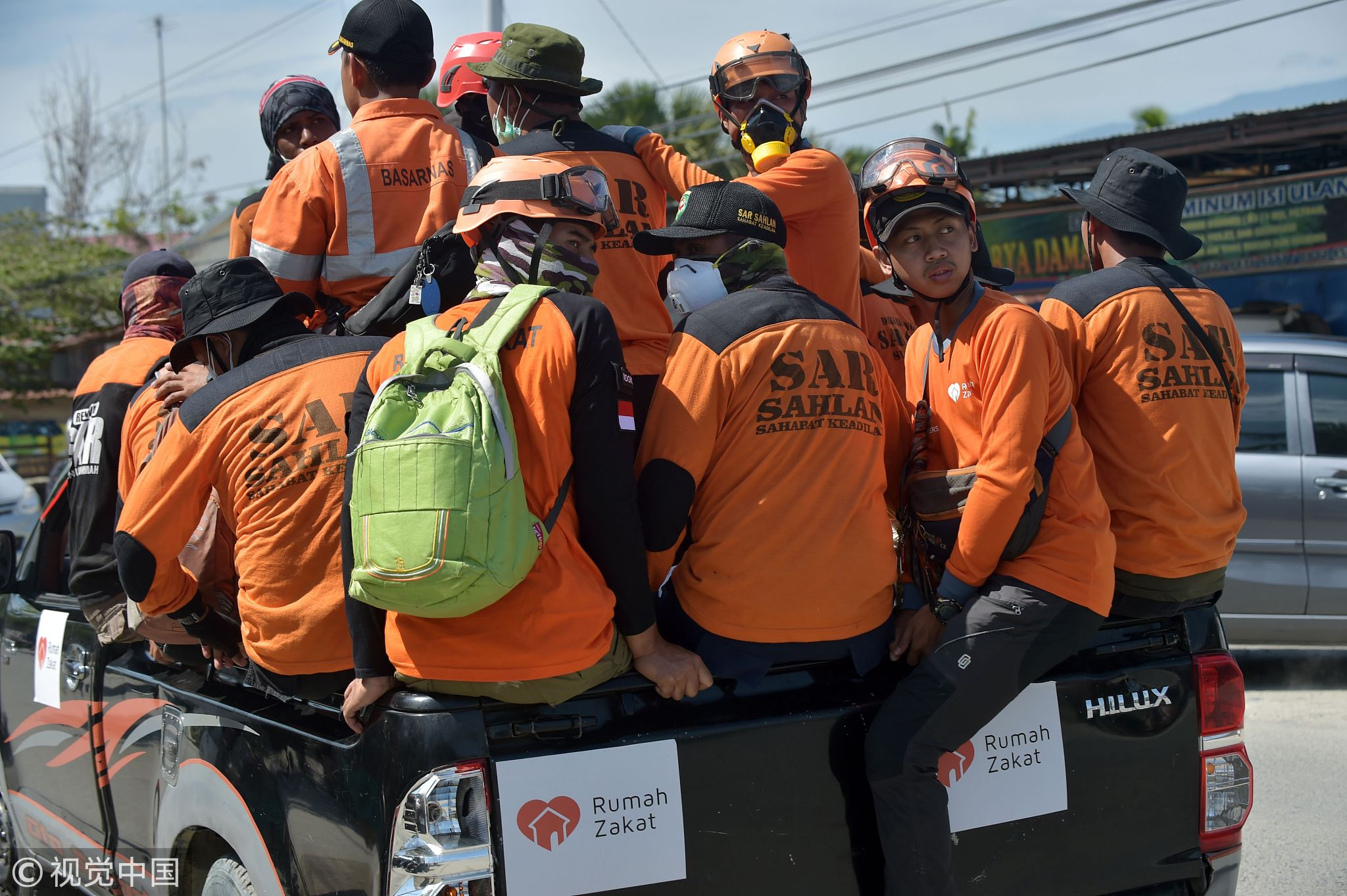 'Indonesians have a big heart'
"Yesterday we had a heart beat and sign of breathing, there were no other movements so it means it was someone who was motionless, confined," said Philippe Besson, president of the International Emergency Firefighters.
"Today we have no signal."
A week on from the disaster, some roads in the area remain impassable, detritus from the tsunami is scattered everywhere while terrified people are sleeping outside for fear of further quakes.
Improvised white flags – a pillowcase or duvet cover – fly outside many homes, signifying a death in the family. 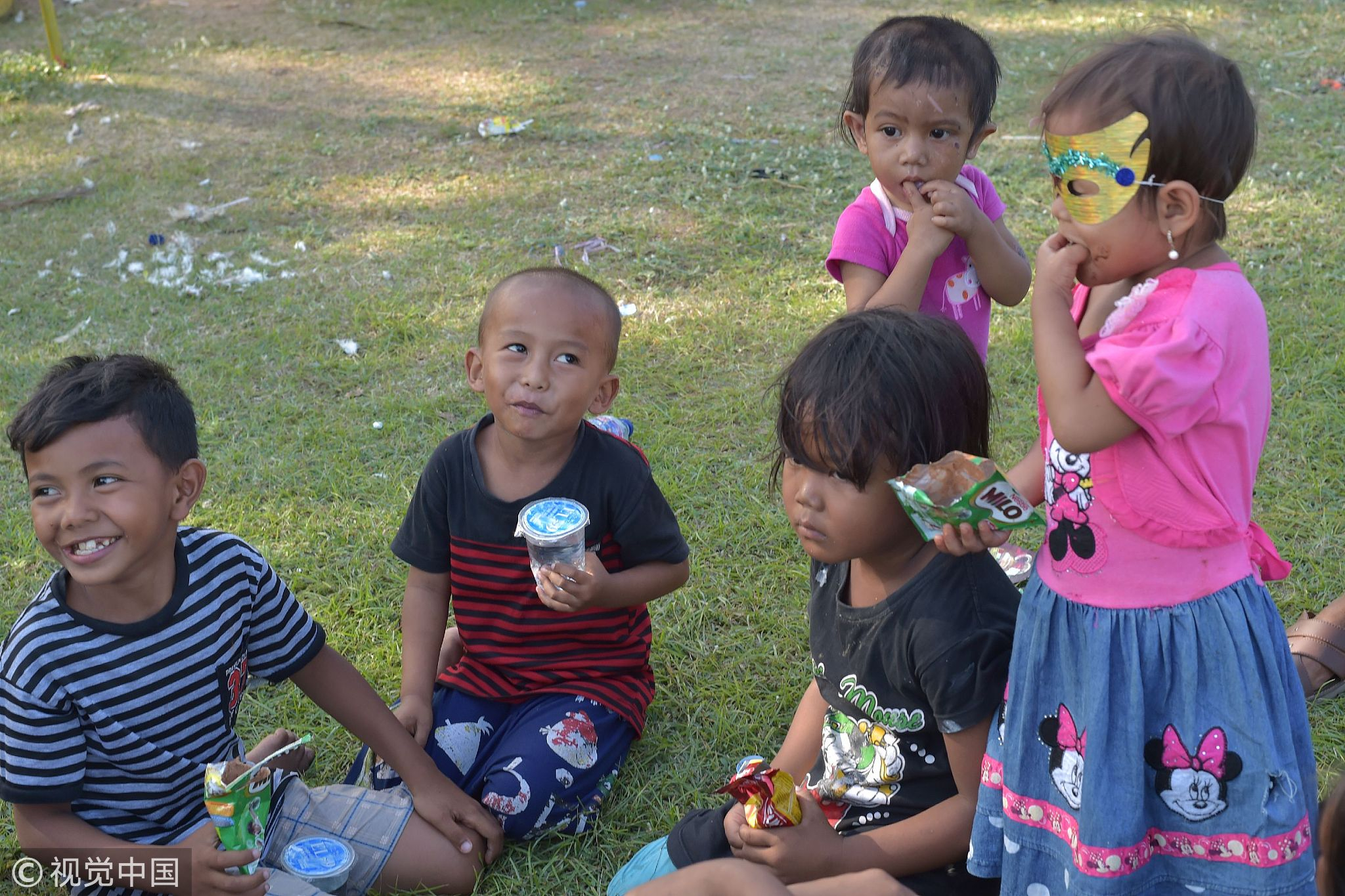 Jumadil (2L) is reunited with his friends and family at a shelter in Palu, October 5, 2018. /VCG Photo

Jumadil (2L) is reunited with his friends and family at a shelter in Palu, October 5, 2018. /VCG Photo

Nevertheless there were signs of life returning to normal, with children playing in the streets, radios blaring out music, and electricity back up and running in most places.
"Things are improving," said Azhari Samad, a 56-year-old insurance salesman in Palu.
But for the area to recover fully from the disaster "will take years," he added.
"The first six months will be traumatic, maybe in one year we have some progress. The government will help, people will help from all over the country. Indonesians have a big heart."
In a village outside devastated Donggala, Irham Hassan gathered with some 200 men at a local mosque for Friday prayers in the world's biggest Muslim-majority country.
"We feel a bit relieved because there's no sign of another tsunami," said the 50-year-old.
"But we haven't still haven't returned to our homes."
About 20 planes carrying vital supplies such as tarpaulins, medical equipment and generators are heading from all over the world to the disaster zone after a long delay.
Indonesia was initially reluctant to accept outside help, insisting its own military could handle the response, but as the scale of the devastation became clear President Joko Widodo agreed to allow in foreign aid.
Governments from Australia to Britain are flying in supplies, the United Nations has pledged 15 million US dollars to the relief effort, and aid groups including Save the Children and the Red Cross are also on the ground.
Indonesia sits along the Pacific "Ring of Fire," the world's most tectonically active region, and its 260 million people are vulnerable to earthquakes, tsunamis and volcanic eruptions.
Source(s): AFP