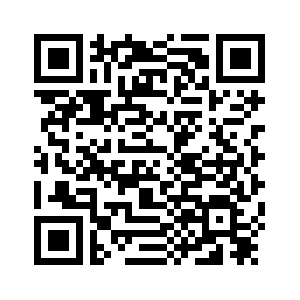 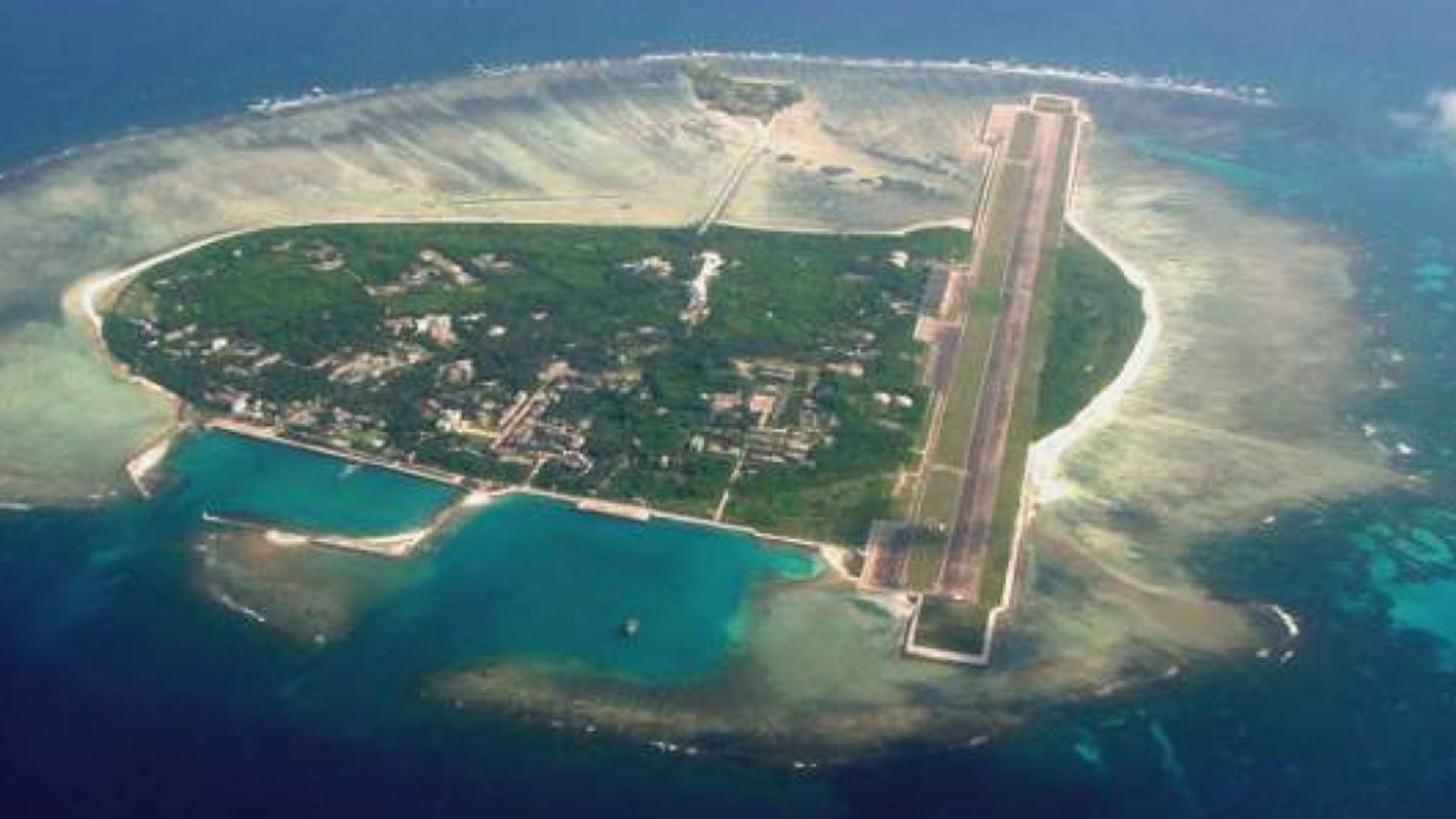 China on Thursday asserted its sovereignty over the Nansha Islands in the South China Sea citing historical evidence of thousands of years and stressing that any disagreements over the issue should be handled through negotiations.
The Chinese assertion came in response to last week's remarks by Philippine officials claiming a section of the islands as belonging to the Southeast Asian country, and on a day when U.S. warship USS Wasp carrying at least hi-tech stealth fighter jets took part in key war games with the Philippines in the South China Sea.
"We have taken note of these remarks made by the Philippine officials. The Nansha Islands are China's territory, which is backed by sufficient historical and jurisprudential evidence," Chinese Foreign Ministry spokesperson Lu Kang told reporters in Beijing. "For thousands of years, Chinese fishermen have been fishing in these waters in the South China Sea. Their rights should not be challenged."
Last Friday, the Philippines protested against the "illegal" presence of Chinese ships near Zhongye Island, one of the Nansha Islands. The Department of Foreign Affairs said the action was a "clear violation of Philippine sovereignty" and President Rodrigo Duterte even warned of a military escalation.
However, China downplayed the Philippine reaction that came on a day when officials from both sides were engaged in talks on South China Sea issues and maritime activities under the Fourth Meeting of the Bilateral Consultation Mechanism.
The Chinese foreign ministry hailed the meeting as successful saying both sides exchanged views on all the "issues of respective concerns in a candid, friendly and constructive manner and reached fruitful outcomes." 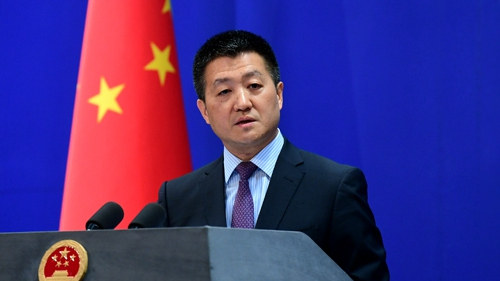 Related story: China, Philippines conclude fruitful dialogue on South China Sea issues
Read also: Chinese, Philippine FMs vow to finish South China Sea COC negotiation by 2021
Reiterating China's consistent belief that the relevant disputes surrounding the South China Sea should be resolved through negotiations between China and countries directly concerned, including the Philippines, Lu on Thursday said Beijing is "committed to upholding peace and stability in the South China Sea in concert with other regional countries."
Lu also cited the "personal efforts" of Chinese President Xi Jinping and his Filipino counterpart Rodrigo Duterte that he said has put the two countries on "the right track of properly handling and resolving the relevant disputes through negotiation and consultation."
Sounding upbeat about the current level of bilateral relations, Lu said the neighboring nations need to approach the matter in a peaceful manner.
"The current situation in the South China Sea is generally stable, and steady progress has been made in the consultations on the Code of Conduct (COC). The China-Philippine relations have been turned around, consolidated and elevated to the comprehensive strategic cooperative relationship. This positive momentum is hard-won and shall be all the more cherished," he said.
Last month, the two countries vowed to complete South China Sea COC negotiations by 2021 during Philippine Foreign Secretary Teodoro Locsin's visit to Beijing, where he held talks with Chinese State Councilor and Foreign Minister Wang Yi.
"We hope that the Philippine side could work with us to properly deal with the South China Sea issue, uphold peace and tranquility on the sea, and bring more benefits to the two peoples," Lu said.
The spokesman expressed Beijing's willingness to cooperate with the Philippines in maintaining peace and stability. "We hope that the Philippine side will join us in strictly implementing the important consensus reached by the two leaders on properly resolving the South China Sea issue and safeguarding peace and stability in the South China Sea," he concluded. 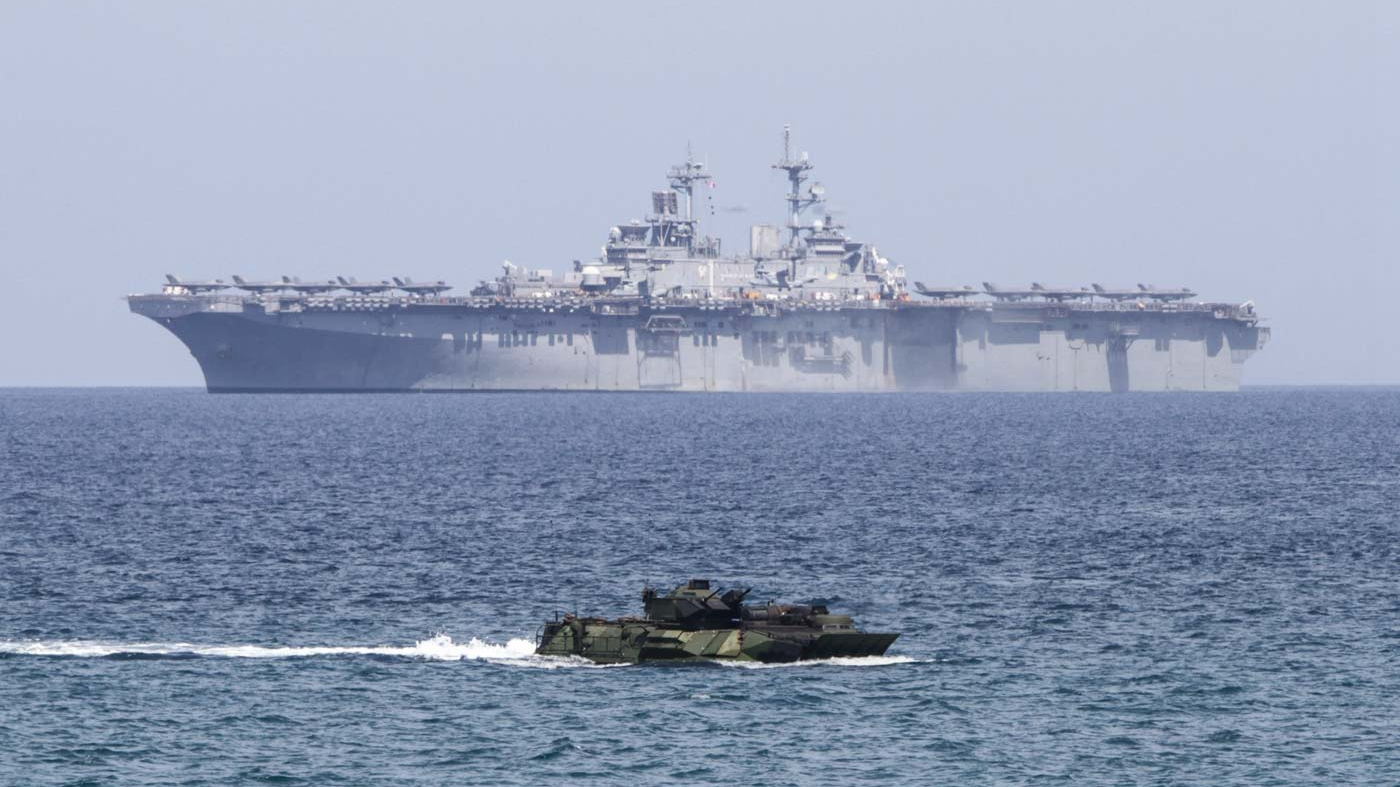 The USS-Wasp is pictured with another amphibious assault vehicle during the amphibious landing exercises of the U.S.-Philippines war games promoting bilateral ties at a military camp in Zambales province, the Philippines, April 11, 2019. /Reuters Photo

The USS-Wasp is pictured with another amphibious assault vehicle during the amphibious landing exercises of the U.S.-Philippines war games promoting bilateral ties at a military camp in Zambales province, the Philippines, April 11, 2019. /Reuters Photo

Related story: China warns U.S. not to stir up trouble in the South China Sea
China, in March, had promptly warned the U.S. against stirring up "uncalled-for trouble" in the South China Sea or being "deliberately provocative."
(Cover: An aerial view of one island of the Nansha Islands. /CCTV Photo)
1km