Opinion: Is globalization responsible for the world’s “ills”?
Ken Moak 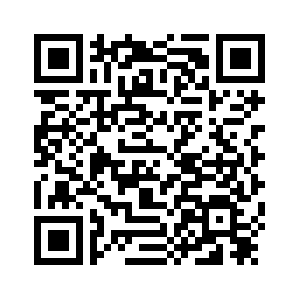 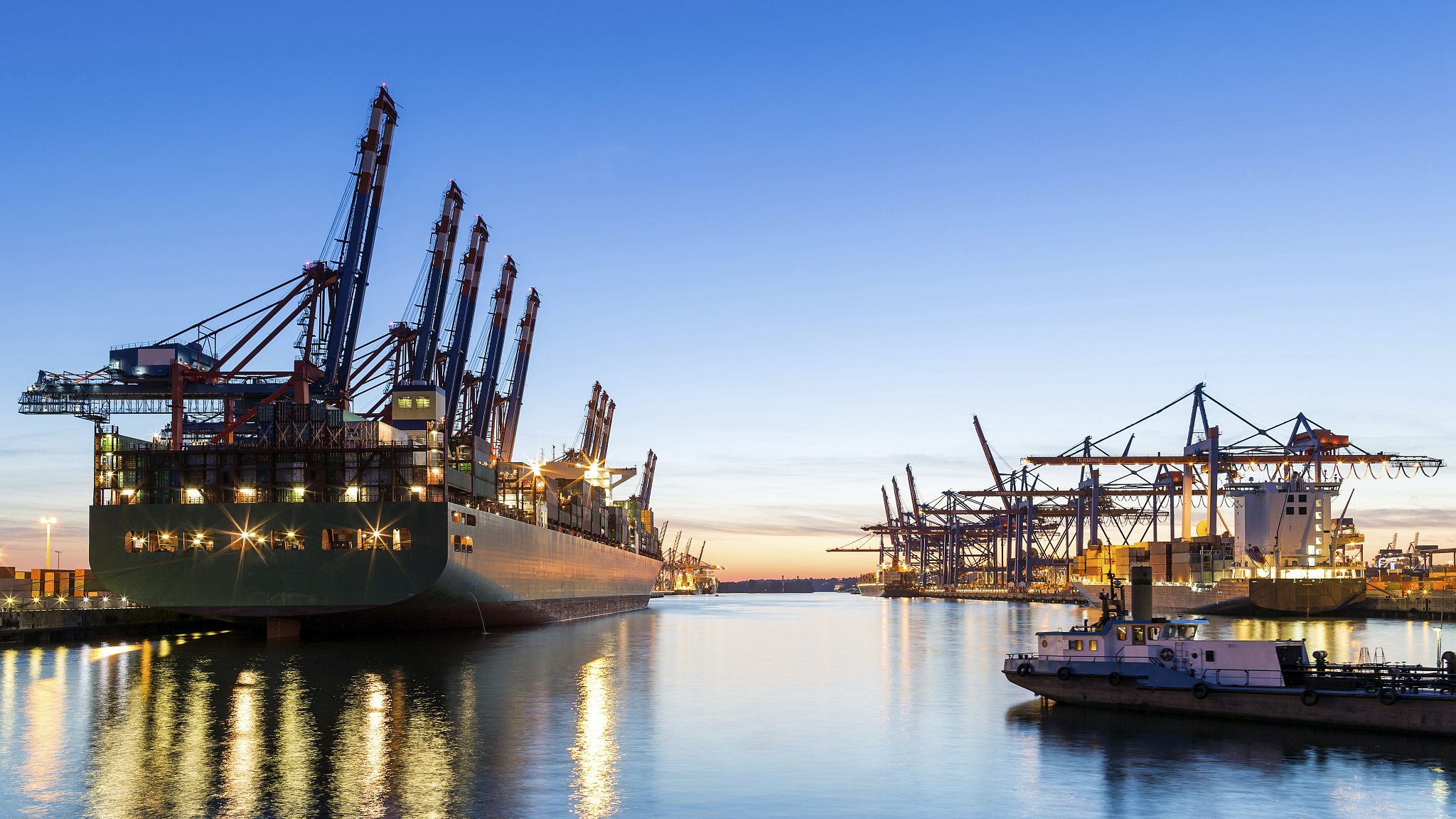 Editor's note: Ken Moak taught economic theory, public policy and globalization at the university level for 33 years. He co-authored a book titled "China's Economic Rise and Its Global Impact" in 2015. The article reflects the author's opinion, and not necessarily the views of CGTN.
Globalization has become a “hot topic” of debate because of its “mixed results.” Critics accuse it of hollowing out manufacturing in the West, bringing unemployment, causing climate change, widening wealth inequality and a host of other economic and geopolitical ills.
Others praise globalization for increasing economic growth, accelerating technological advancements, promoting peace and other benefits.
China and the U.S. are leading the debate. Chinese President Xi Jinping has emerged to become the “chief promoter” of globalization because in his view, cooperation between nations promotes global economic growth and geopolitical stability or peace.
Meanwhile, Xi's U.S. counterpart Donald Trump has rejected globalization because he is of the opinion that it was responsible for America's “ills.”
Though they are on the opposite side of the globalization debate, China and the U.S. are its biggest beneficiaries. Integrating into the world economy has accelerated China's economic growth of more than 9 percent annually since Deng Xiaoping opened the country to the outside world, affording it to narrow the technology gap with the West and improve people's livelihood. 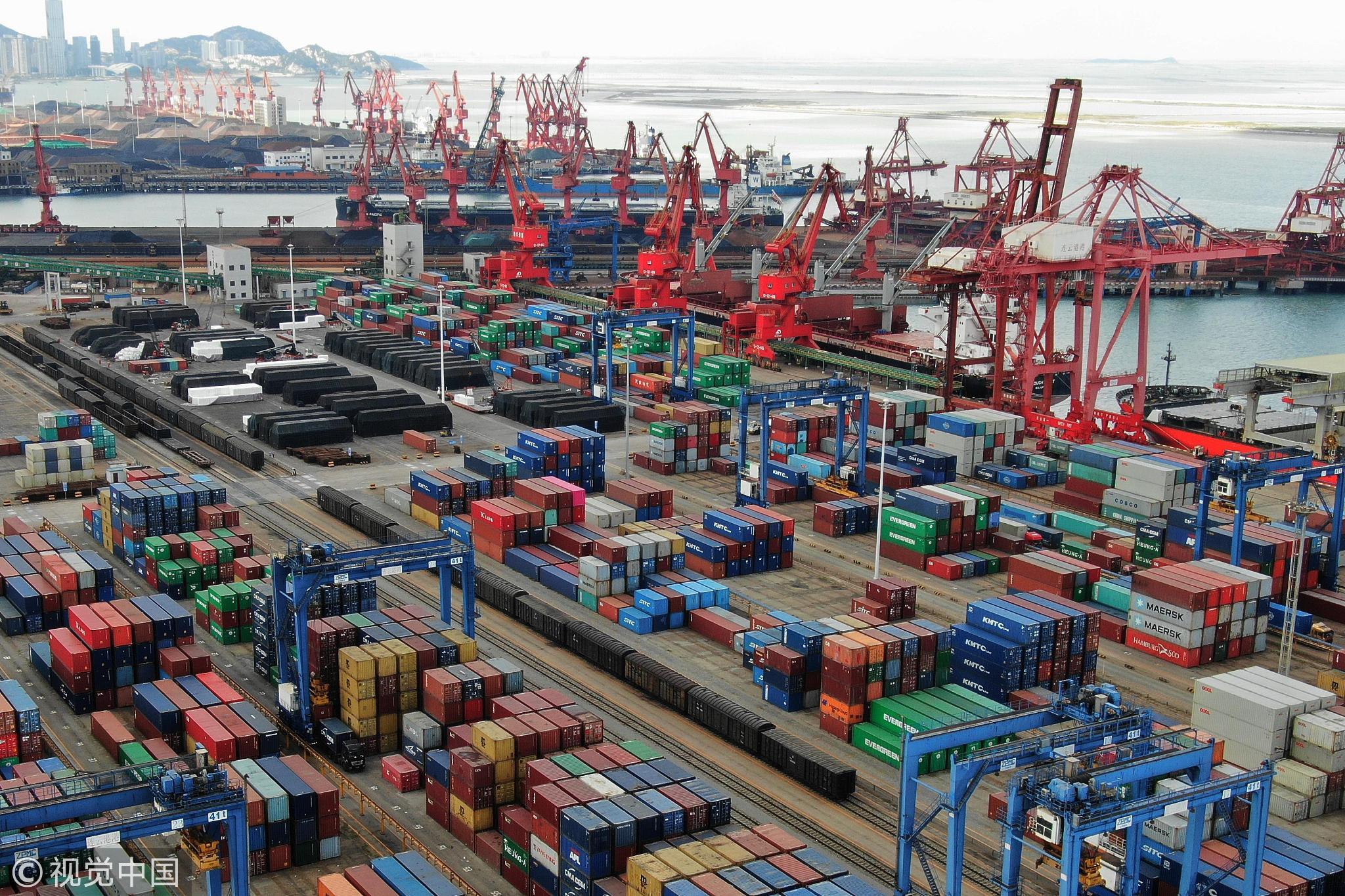 The U.S., by relocating manufacturing abroad and creating a supply chain, has increased American competitiveness, expanded business and financial interests and standard of living.
This begs the question: Why is Trump walking away from globalization, a process that America initiated and promoted in the first place? Perhaps a closer examination of globalization and how it evolved might shed light on the dichotomy.

Although globalization is generally defined as “forging closer economic, technical, geopolitical, cultural relations and other human interactions between countries,” it is largely focused on international trade and investment.
The concept is based on the 18th Century British economist David Ricardo's theory of comparative advantage, which suggests that a country should concentrate on producing and exporting a good in which it enjoys a relative superior efficiency while importing that which incurs a comparative disadvantage.
The following is an illustration of Ricardo's comparative advantage posture (a concept I derived from Campbell McConnell's economics textbook for one of my economics class lectures). Suppose:
a. Britain can produce either 30 units of wine or 30 units of cloth while Portugal could manufacture 30 units of wine and 15 units of cloth.
b. Both countries incur constant cost: Britain must give up 1 unit of wine to produce another unit of cloth. Portugal must sacrifice two units of wine for one cloth.
c. The agreed term of trade is 1.5 wine for 1 cloth. 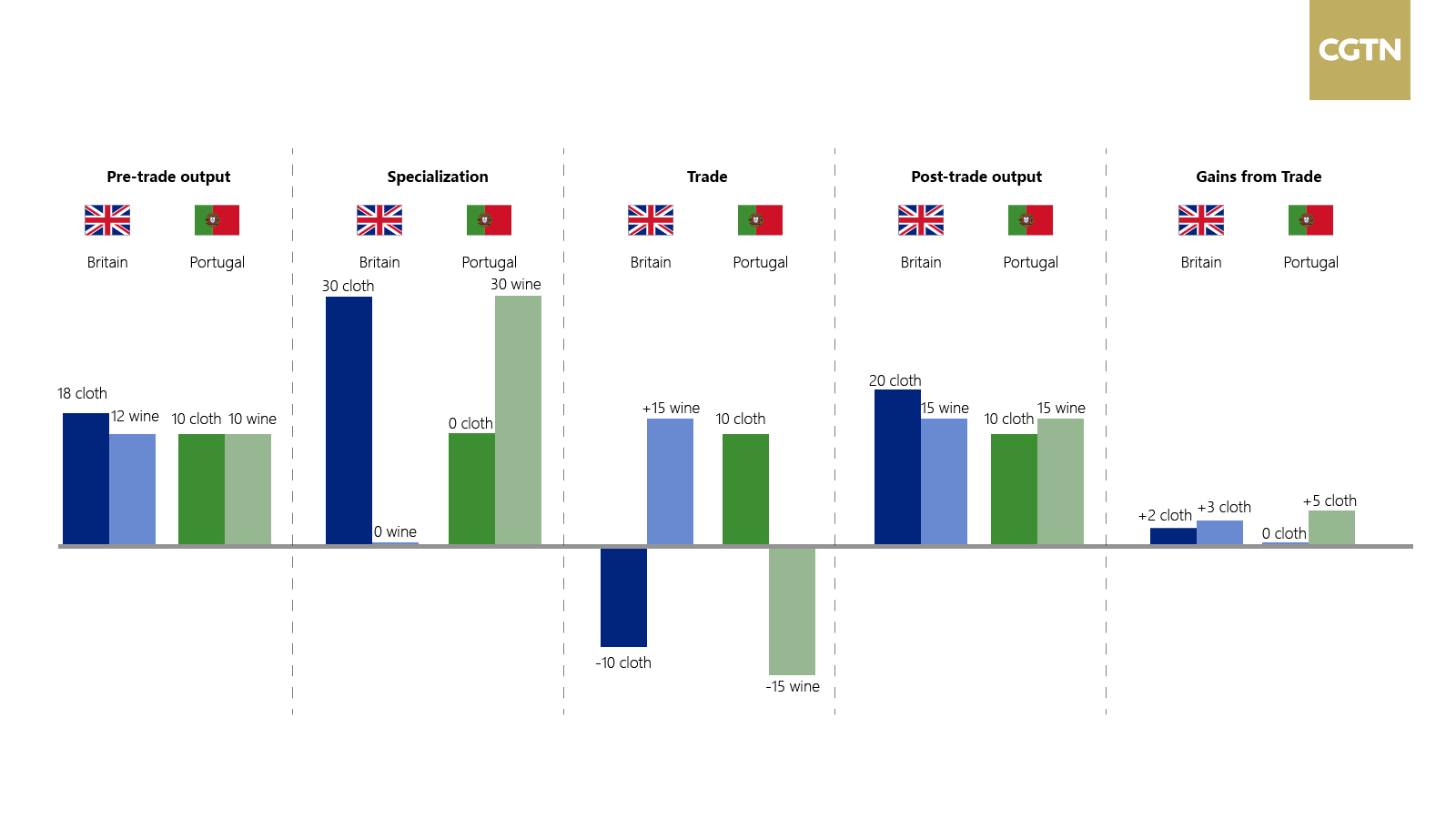 As can be seen from the bar chart above, producing the good in which a country enjoys a relative efficiency or comparative advantage and imports that in which it incurs a comparative disadvantage expands output in both countries.
This is because Portugal is able to employ its resources efficiently, bringing economies of scale or increasing productivity and competitiveness.
According to the IMF and other supranational organizations, countries (Japan, Singapore, Germany, etc.) integrated into the world trade and investment systems enjoyed an average annual growth rate of more than 6 percent whereas those (India, etc.) “isolated” from the global economy recorded around 2 percent.
What's more, closer economic relations are the root cause of advancements made in transportation, telecommunications, cultural or people-to-people exchanges. They, in turn, further promote and enhance trade, better understanding of different cultures and other benefits.
History will tell that the world has built more infrastructure and made progress in science and technology in the last 50 years than its entire history. And it has not fought a major war in over 70 years, albeit frictions have surfaced frequently.
It was probably for these reasons that the Allied Powers led by the U.S. and UK held the 1944 Bretton Woods Conference, promoting unfettered trade and investment as key to sustain long-term economic growth and stability and preventing the world from plunging into another Great Depression largely caused by the 1930s-era protectionism and populism. 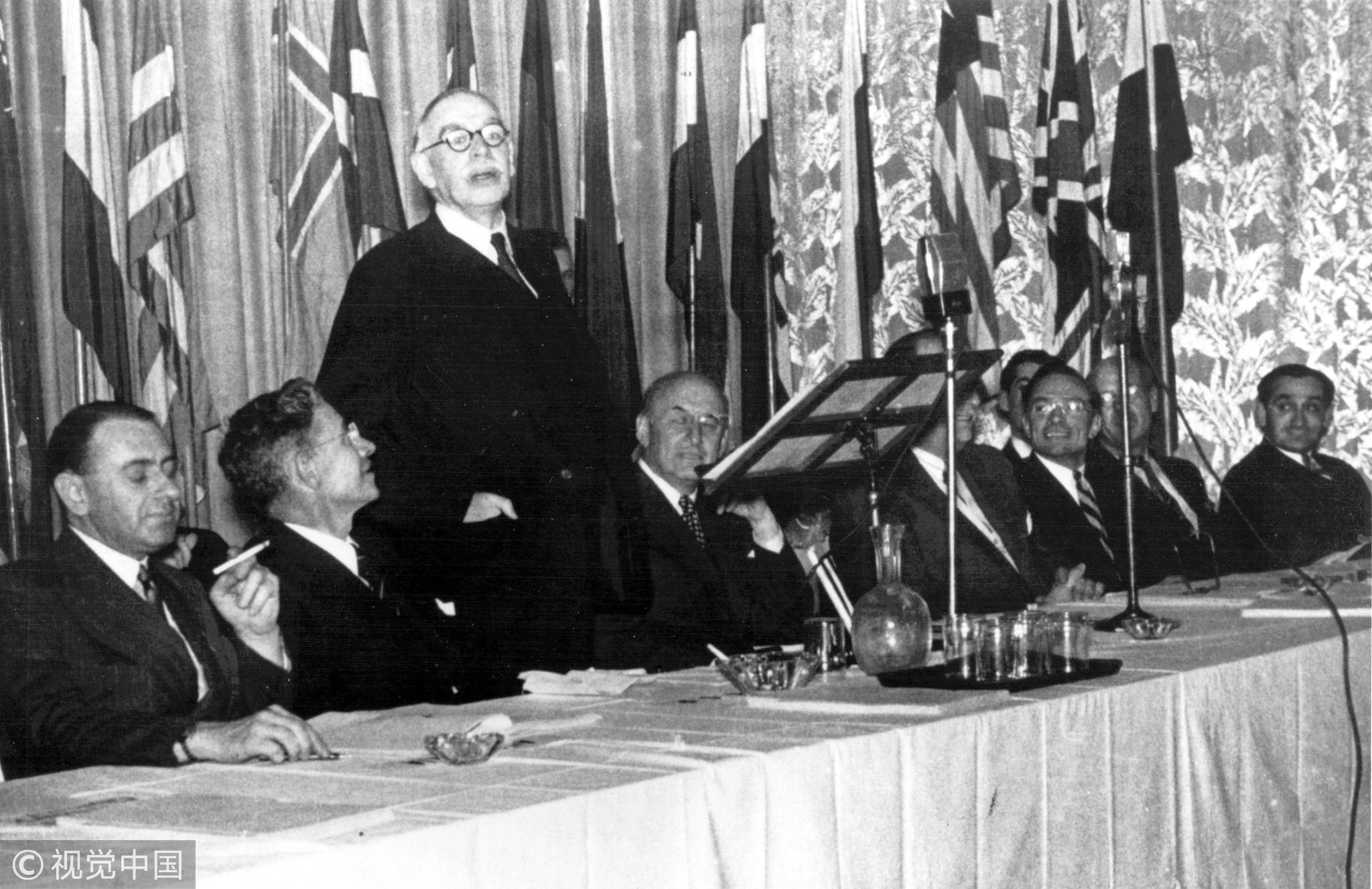 The aforementioned illustration also shows not everyone gains. Wool producers lose in Portugal while wine manufacturers would be competed away in Britain. Therein lies the “problem” of globalization.
However, that might not be a bad thing, destroying inefficient industries in what the Austrian-American economist Joseph Schumpeter referred to as “creative destruction,” the dismantling of inefficient industries and replacing them with efficient ones as a way to enhance and sustain economic growth.

Is globalization responsible for making the U.S. or West worse off?

Most analysts would argue that the promoters of globalization – U.S. multinational corporations (MNC) supported by the political establishment – were largely responsible for selling out America and its workers.
For example, when U.S. businesses relocated manufacturing abroad and automated jobs in the 1980s, neither they nor the government provided sufficient remedial job retraining programs for the displaced workers.
Instead of treating environmental protection as an opportunity to expand economic activities, businesses viewed it as a cost thus spilling the toxic chemicals into the atmosphere, waterways and the ground. Indeed, until the 2008 financial crisis, the West and Japan prospered under the Bretton Woods framework, growing stably at over 3 percent annually and writing the world's financial, trade and investment rules.
According to the IMF, China has emerged as the world's major contributor to global economic growth at over 30 percent and bought 22.5 percent of its imports since 2008.
The 2008 financial crisis also brought the “virtues” of neoliberalism into question and from which the developed economies are still struggling to recover.

It could be argued that globalization might not be the problem, but its mismanagement is. In the next articles, I will explain how the U.S. and its allies' manipulation of the system has backfired and why the 2008 financial crisis occurred.
(If you want to contribute and have specific expertise, please contact us at opinions@cgtn.com)