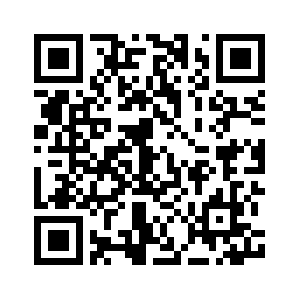 After three weeks of grueling travel through southern Mexico, the Central American migrant caravan has arrived in Mexico City.
According to the United Nations Migration Agency, over 5,000 people have arrived in the capital, where they are being housed in a sports stadium. More are expected to arrive over the coming days.
"We estimate more than 10,000 people have crossed Mexico southern border," said Christopher Gascon, who directs the Mexico branch of the UN agency.
As the caravan swells, the authorities are quickly beginning to see the flow of Central Americans north, through Mexico, to the United States as a humanitarian crisis. 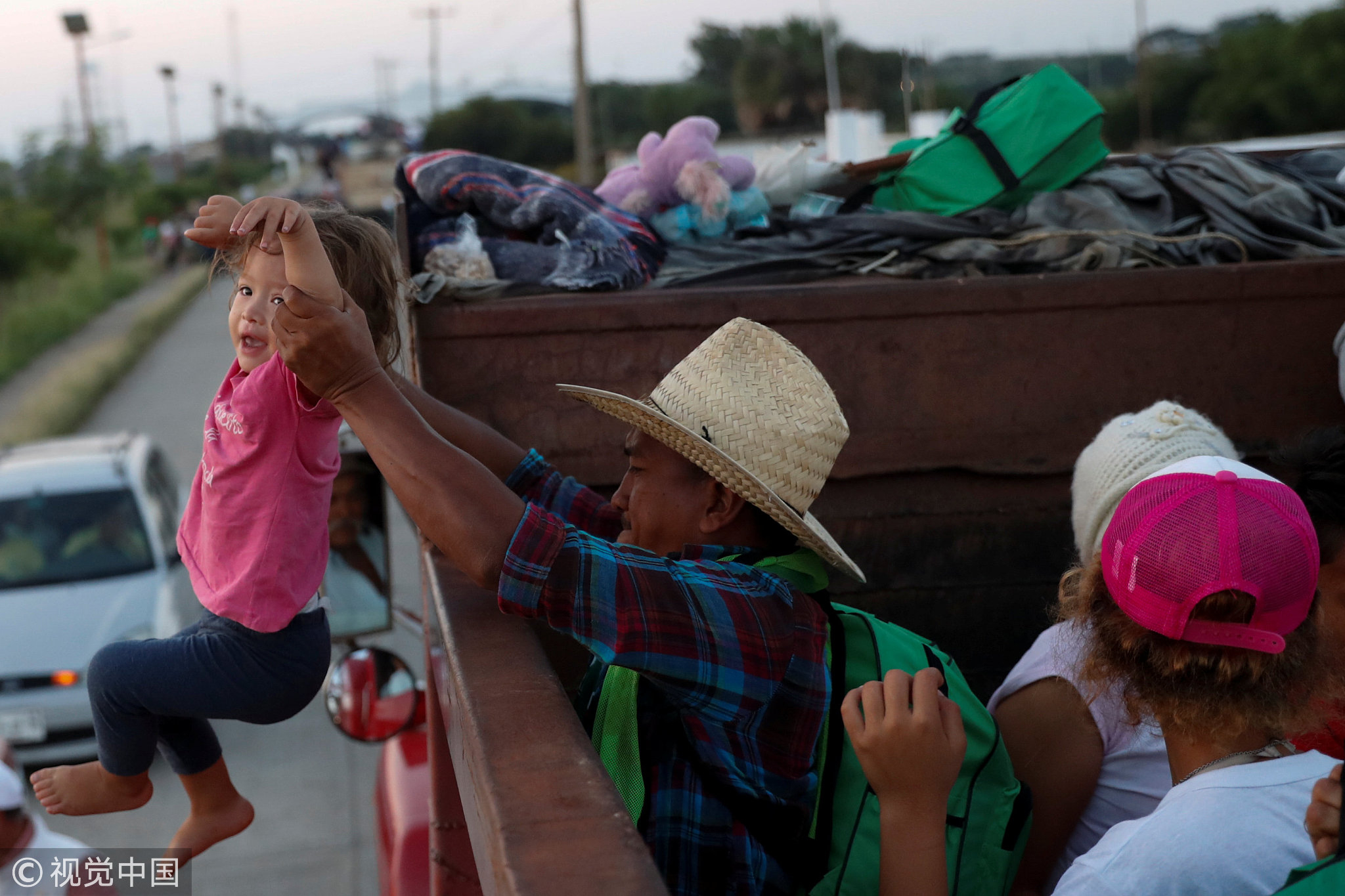 A migrant, part of a caravan traveling en route to the United States, helps a child to board a truck, as they hitch a ride on the truck, in Santo Domingo Ingenio, Mexico, November 8, 2018. /VCG Photo

A migrant, part of a caravan traveling en route to the United States, helps a child to board a truck, as they hitch a ride on the truck, in Santo Domingo Ingenio, Mexico, November 8, 2018. /VCG Photo

"The migrants are arriving tired and sick," said Ruben Rodriguez, who heads the Mexico City's Red Cross on-site team. "Although some aid organizations have been here, it has been very difficult. A lot of people are presenting with respiratory and intestinal problems."
The migrants are expected to remain in Mexico City for the moment, regaining their strengths before their final push to the United States border.
"We don't yet know when or where we will be heading," said Brandon Garcia, as he sat with his two young children, both of whom suffered injury and illness along the way to reach Mexico City. "People are talking about Tijuana, but nothing is certain." 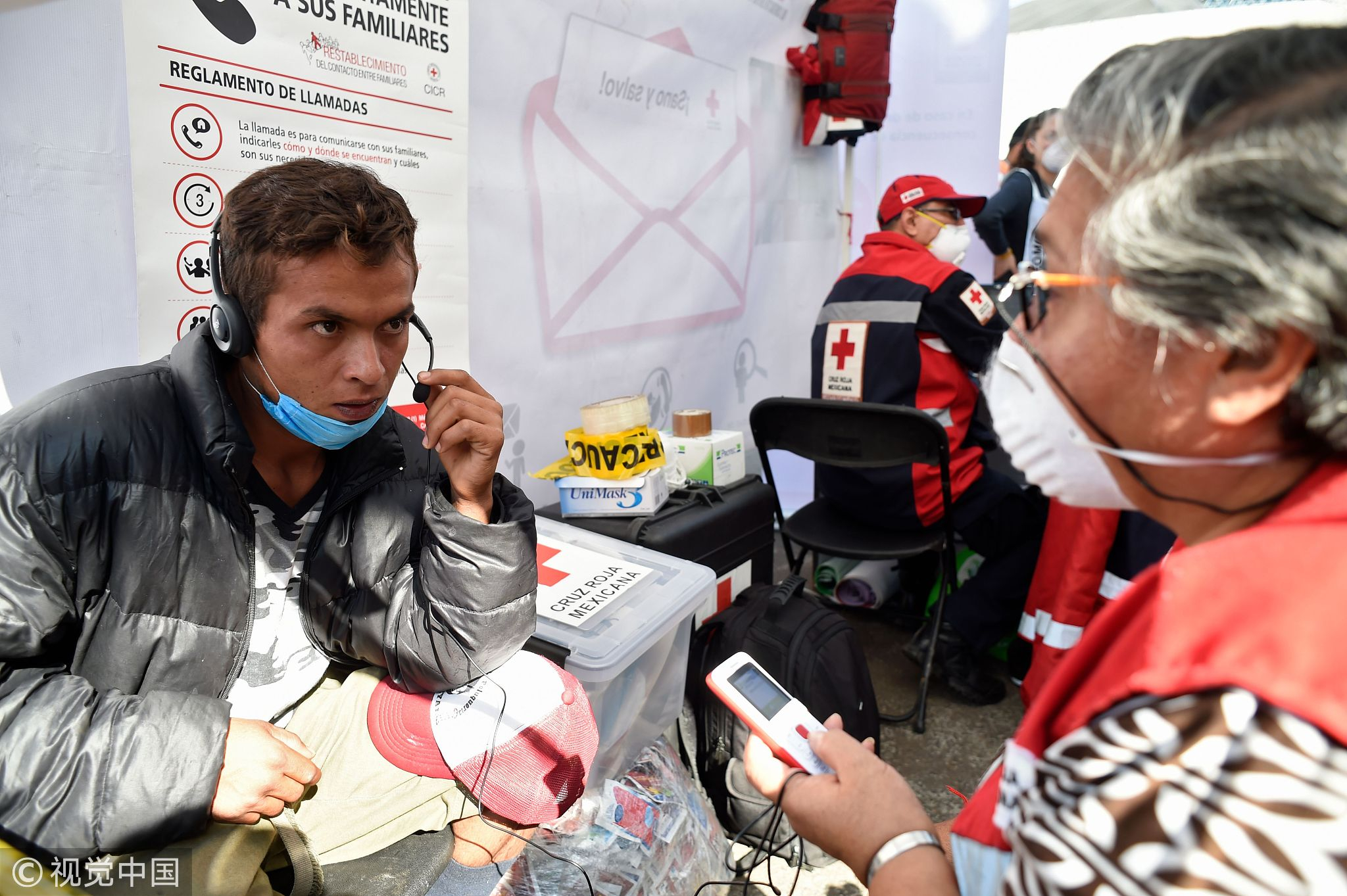 A Central American migrant taking part in a caravan towards the US, calls home through the Red Cross at a shelter set up at the Sports City in Mexico City, November 8, 2018. /VCG Photo

A Central American migrant taking part in a caravan towards the US, calls home through the Red Cross at a shelter set up at the Sports City in Mexico City, November 8, 2018. /VCG Photo

Yet for some migrants, after the difficult journey getting this far, the option of remaining in Mexico to seek asylum here is a more palatable option, given the hostility displayed from the United States administration towards the caravan's northward progress.
"Some 1,800 people have applied for refugee status here in Mexico," said Mr. Gascon, whose organization's role at the stadium is to offer migrants the chance to return to their countries of origin. It's an offer few have taken up.
"There is no opportunity in El Salvador," said Georgina Monterosa. "I had to leave because the violence is making life impossible there."
Georgina says she plans to stay in Mexico and establish her life here. 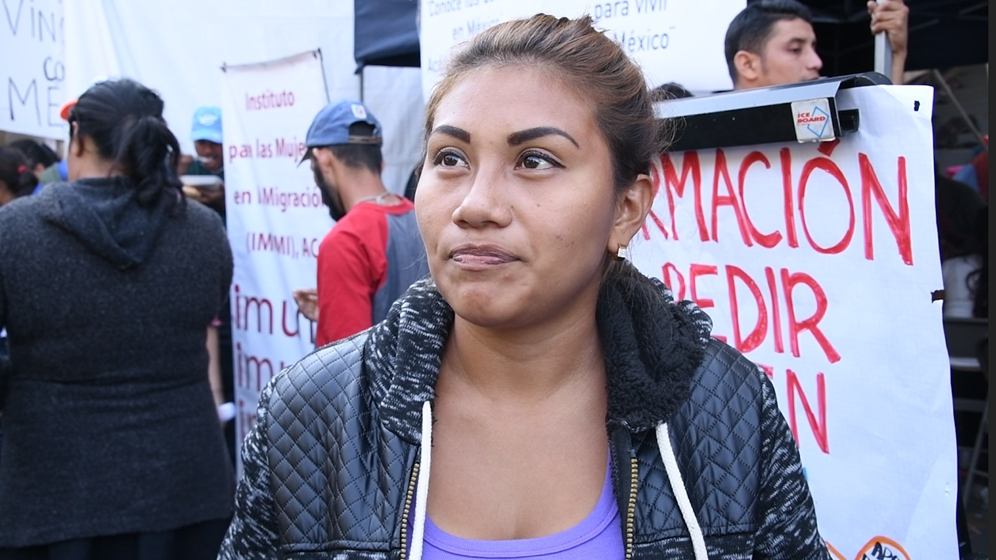 "The border at the moment is very difficult to cross, because so many caravans are arriving, there is little chance of remaining in the US," she said.
"At the moment we're looking for permission to work in Mexico for a while, and as time goes by, I'll be able to get my Mexican papers."
Yet for the majority in the caravan, the US remains the ultimate goal.
"There's a danger in Mexico too," one migrant said, "we get robbed and kidnapped as we move. Rumors are always circulating in the caravan." 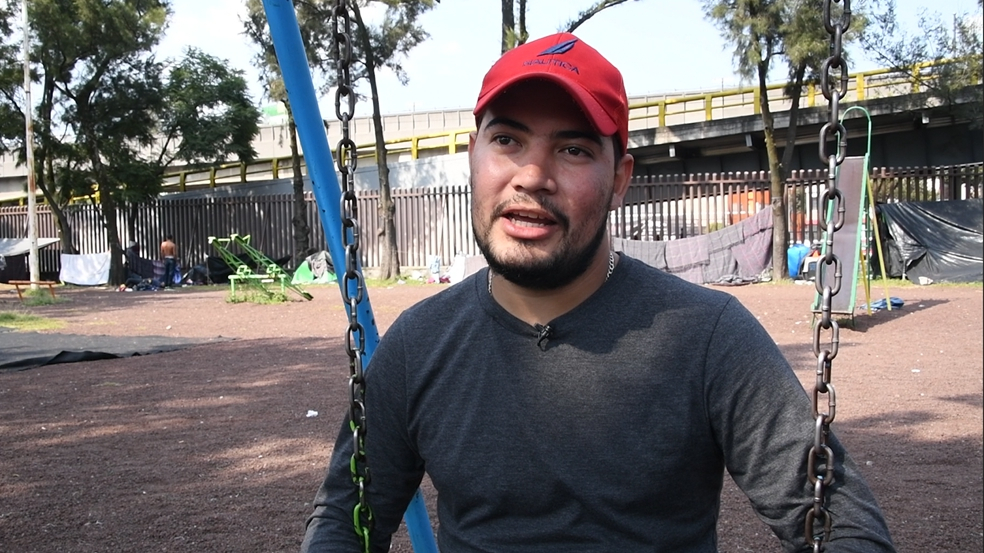 The determination to get further north is what drives most people here, and will determine those who make it to the border line.
"He who risks nothing, never gets anything," said Juan Jose Galdames, who plans to leave this week to continue north.
US President Trump has deployed over 5,000 troops to the US border, and threatens to send 10,000 more if necessary.
The fear of what awaits the migrant caravan when it arrives at the dividing line will force the caravan into individual choices before it leaves the Mexico City stadium.