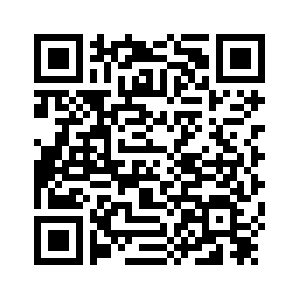 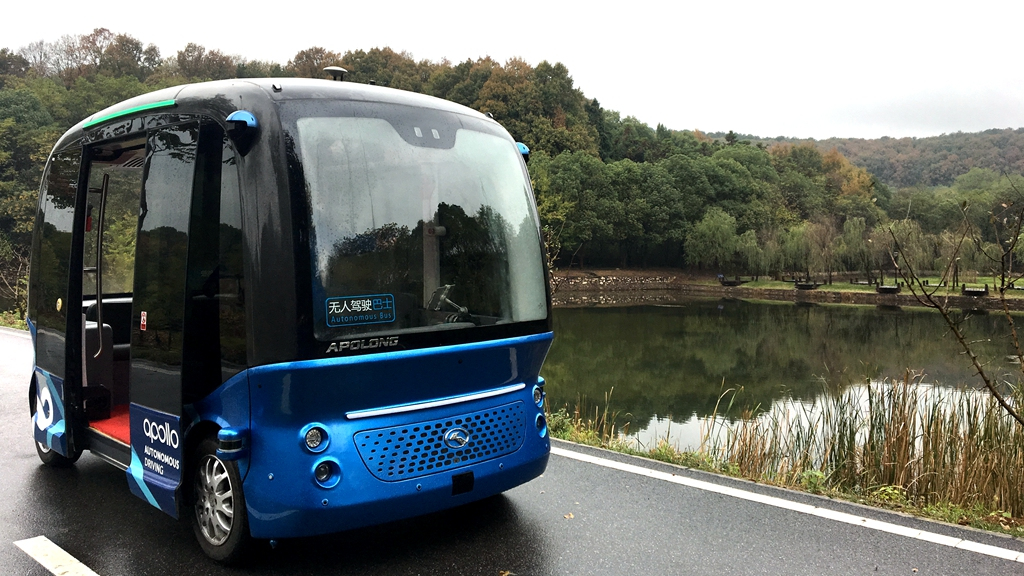 Self-driving technology has attracted much attention worldwide as many consortiums and companies globally are pumping money into the industry, hoping to be the first to master the technology. But how far has this technology come?
Li Yanhong, CEO of China's Baidu, went on record in March as saying that self-driving cars are likely to replace human drivers in the next three to five years. Baidu obtained a license to test its autonomous cars on open roads in Beijing, and a new metro line with self-driving trains began test runs in Shanghai in March this year.
And now self-driving buses, developed by Baidu, are expected to hit the road in the central Chinese city of Wuhan soon, though these will be used in some enclosed parks in the first place with a speed restriction of 20 kilometers per hour. 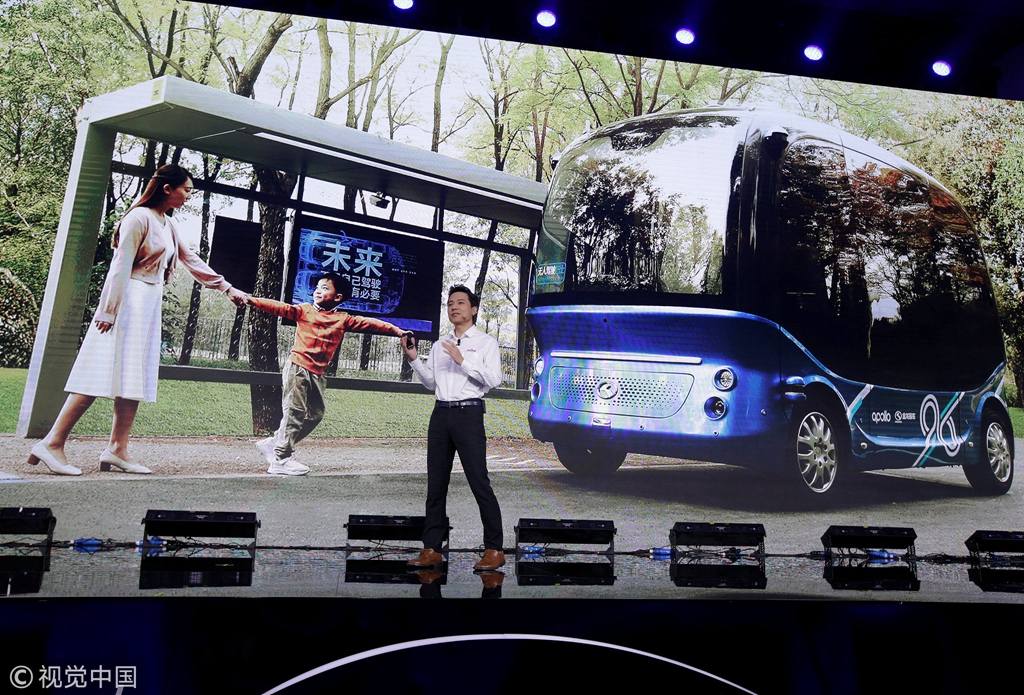 Robin Li, co-founder, chairman and CEO of Baidu, speaks in front of a screen showing a self-driving bus with Baidu's Apollo autonomous driving open platform at a park at the 2018 Baidu World conference and exhibit to showcase its latest AI technology in Beijing, China, Nov. 1, 2018. /VCG Photo

Robin Li, co-founder, chairman and CEO of Baidu, speaks in front of a screen showing a self-driving bus with Baidu's Apollo autonomous driving open platform at a park at the 2018 Baidu World conference and exhibit to showcase its latest AI technology in Beijing, China, Nov. 1, 2018. /VCG Photo

“On the roof, the bus has a positioning system. Now the signal receiver works on 4G network, and 5G capabilities will help improve the vehicle's performance,” said Yang Chao, General Manager of TIMO, a self-driving vehicle service company.
Other companies in China on top of the list include Pony.ai. The company began operating its autonomous cars in the southern Chinese city of Guangzhou in January this year, which marked the first time a self-driving car company made the service available to members of the general public in China. While driving at a speed of 50 kilometers per hour, Pony.ai's car is able to smoothly and accurately read traffic lights while performing several lane changes.
"Our top priority at this moment is safety. It doesn't matter if it's during the simulation, road tests, or a pilot run. Safety is always our top priority,” said Zhang Ning, Guangzhou Office Site Lead, Pony.ai, China Headquarters.
Self-driving cars have raised a lot of concerns ever since the idea was first put forward. In March this year, an Uber self-driving car killed a pedestrian in Arizona, US. It became the first ever self-driving car fatality. 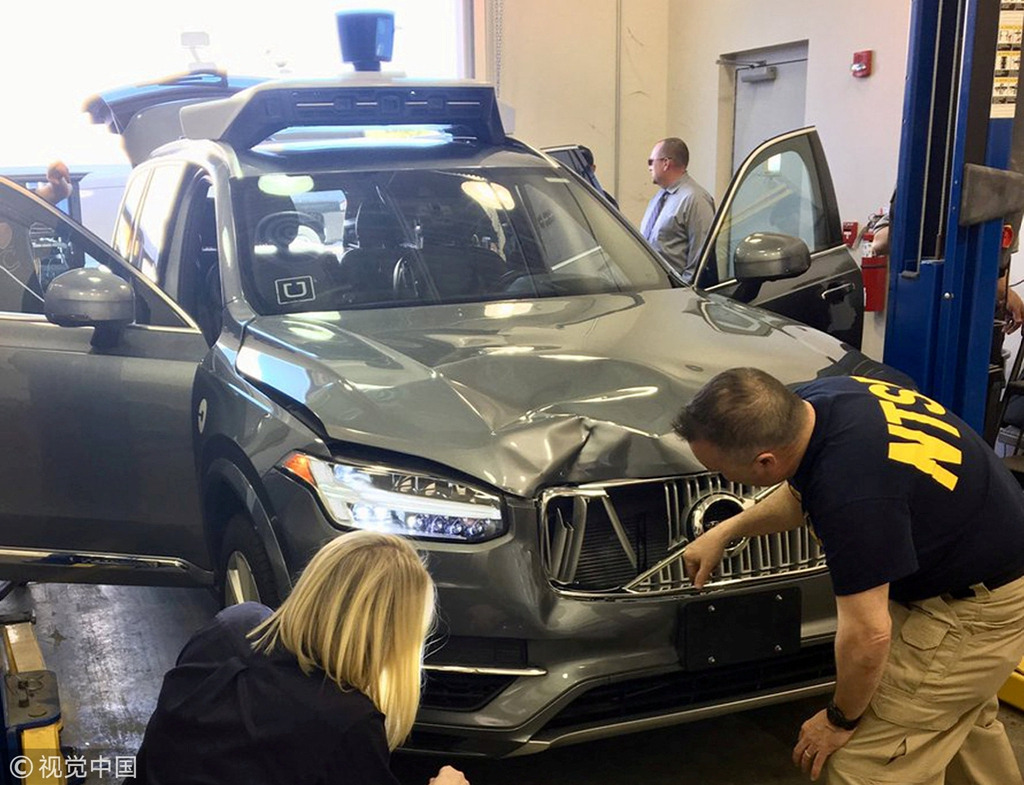 US National Transportation Safety Board investigators examine a self-driving Uber vehicle involved in a fatal accident in Tempe, Arizona, US, March 20, 2018. /VCG Photo

US National Transportation Safety Board investigators examine a self-driving Uber vehicle involved in a fatal accident in Tempe, Arizona, US, March 20, 2018. /VCG Photo

Safety concerns are rising, according to two polls conducted by the National Safety Council in the US on self-driving vehicles. One in January this year found that 36 percent of respondents suggested that self-driving cars are less safe than a vehicle controlled by a human. By April, that same index of concern increased by 14 percent.

The Society of Automotive Engineers (SAE International), a professional association that sets industry guidelines, provides a level-by-level guide to autonomous cars, according to which there are six levels of automation (0-5).
Level 0: No automation
A vehicle that fits into this category relies on a human to dictate every driving action.
Level 1: Driver assistance
At this level, a vehicle must have at least one advanced driver-assistance feature. Mobility is still supervised by a human, but for convenience, the vehicle is capable of maintaining its own speed under certain circumstances.
Level 2: Partial automation
Cars at level 2 of automation have two or more advanced driver assistance systems (ADAS), which can take control of the braking, steering or acceleration of the vehicle.
Level 3: Conditional automation
A level 3 vehicle is capable of taking full control and operating during select parts of a journey when certain operating conditions are met.
Level 4: High automation
A level 4 vehicle is able to finish an entire journey without driver intervention, even operating without a driver at all, but the vehicle does have some constraints.
Level 5: Full automation
A level 5 car can complete a hands-off, driverless operation under all circumstances. This is the level where there are no provisions for human control.